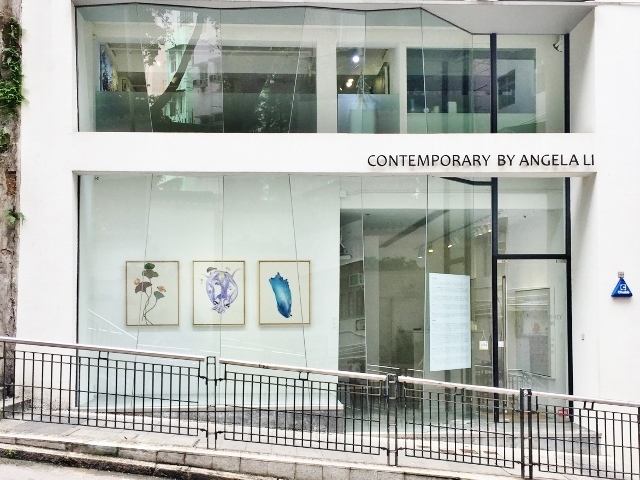 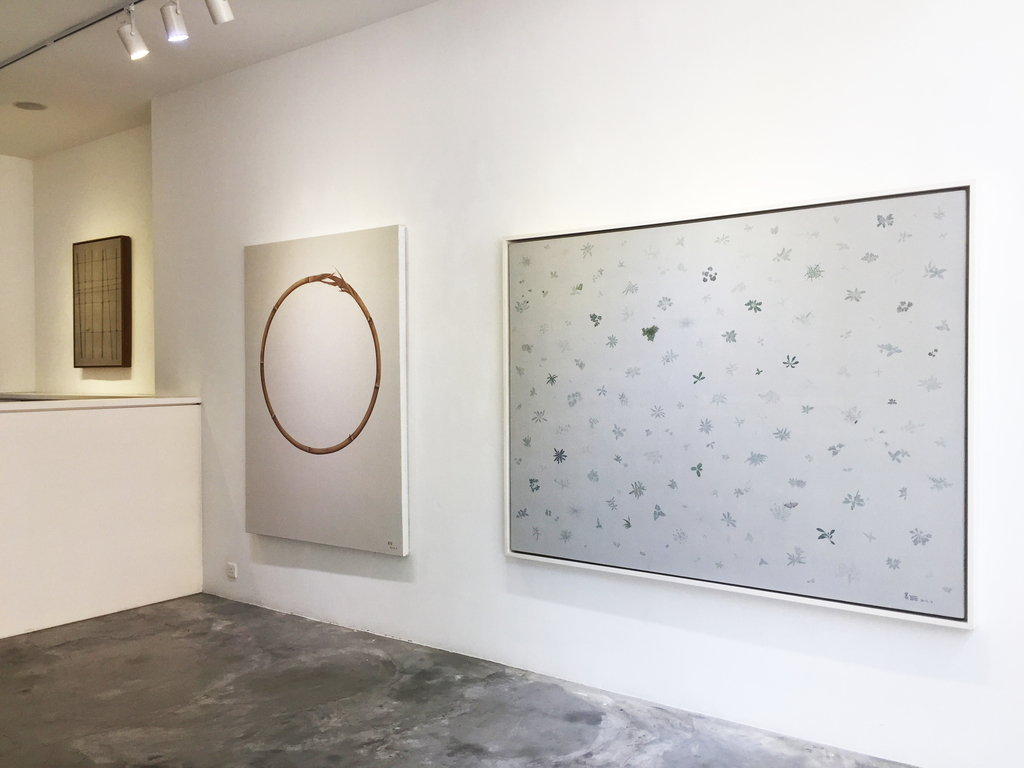 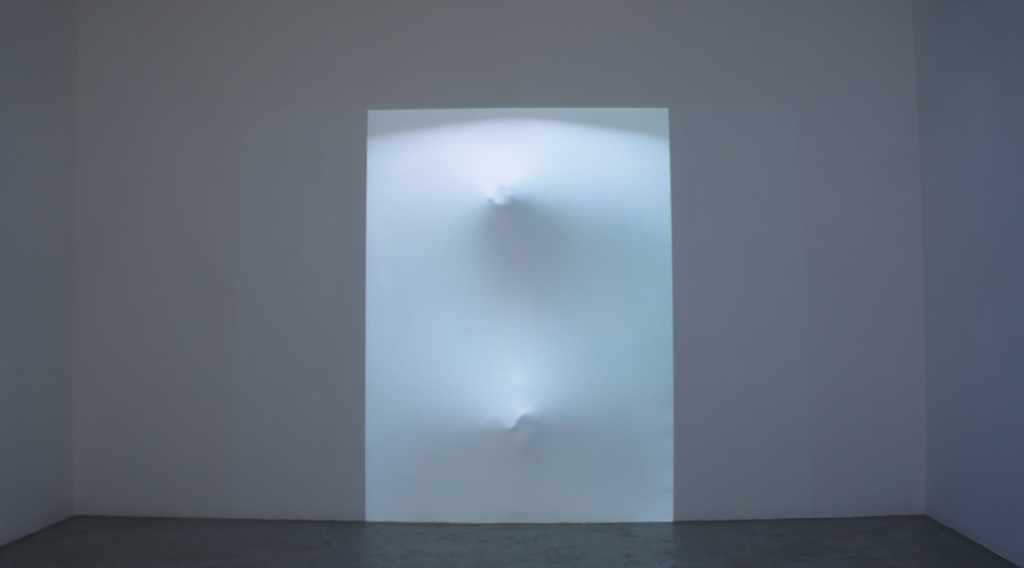 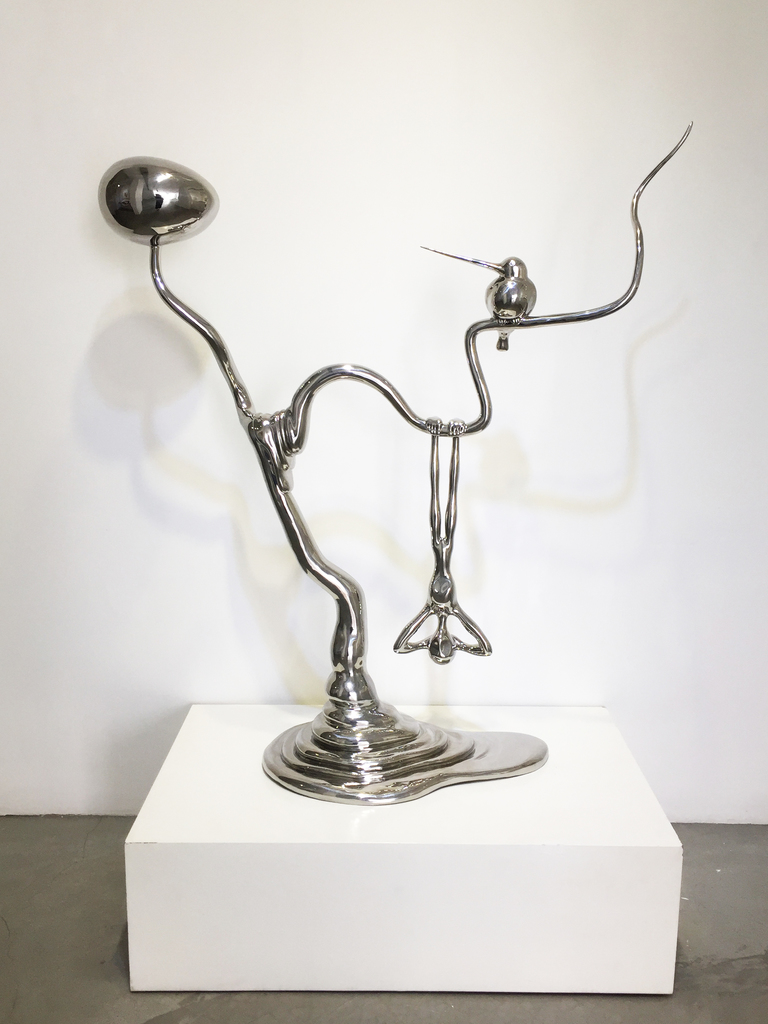 Contemporary by Angela Li is proud to present “An Inner Journey”, an art exhibition featuring works by four established contemporary Chinese artists: Cang Xin, Chen Wenling, Wu Didi and Zhang Qikai. Comprised of paintings, sculpture and video installation, the exhibition investigates and questions existential ambiguities in life. The exhibition will run from 6th to 28th October, with an opening reception on Thursday, 6th October at 6 – 8 p.m. attended by the artists.

As humanity evolves and our society becomes more mature and sophisticated, both the urgency of the continuous search for true inner self and inner peace, and the investigation into our existence in nature and our role within the society seems to escalate. Studied in conceptual ways, the exhibition presents various aspects and observations of life from different angles, with the intention of redefining and reinterpreting life and existence.

Multimedia and performance artist Cang Xin’s artistic inspirations are often influenced by his religious belief. To him, the art-creating process is a spiritual way for him to review his inner self as well as the world around him. In his Hidden Consciousness series, the subject matter is imaginary, filled with mysterious objects and beings. The use of traditional Chinese painting materials of silk and pigment further creates a state of contradiction against such made-up objects and beings. Acting as a visual extension to his belief in animism, these works are the continued exploration of his spirituality and investigation in the meanings of existence.

Renowned Chinese sculptor Chen Wenling’s Memory Tree is lively yet complex, expressing his attitude towards life and society. As a continuation of the legacy of his Red Memory series, the work at first glance shows his sense of humour, while at the same time inspires his audience to look for the much deeper meanings embedded within. With a little man hanging upside down on a tree in a carefree state, the sculpture conveys the artist’s new phase of life in which he has overcome a major illness and reflects the malleability and strength in humanity.

Wu Didi draws the subject matter of her paintings from the simplest elements of nature, such as bamboo, stones, insects and weed. She gives each of her subjects a new life and unique identity. In her Bamboo series, she “bends” the bamboos into different shapes; the unnatural look conveys the bamboo’s quality of resilience and toughness, while the closed shapes with split parts depict life’s perfections and imperfections. The paintings serve as the artist’s poetic study to examine spirituality in humanity as well as her own meditative process during the long creative process.

Zhang Qikai creates his art with references to philosophical tensions and focuses on reflections of the deepest meanings of life and ways of being. He encodes his observations and contextualises his creativity into a unique and peculiar visual experience. His multimedia work, Breathing, is simple yet mystical. Overlayering sound and video projection onto an imaginary space dimension, the work awakens new emotions within the viewers to rediscover the phenomenon in life.

Cang Xin (b. 1967, Inner Mongolia, China) studied at Tianjin Academy of Music and Tianjin Academy of Fine Arts. He is one of China’s most celebrated performance and multimedia artists and is also an active art curator. He has participated in numerous solo and group exhibitions around the world, including: “El Cuerpo en La Naturaleza” (Santander Art Center, Spain, 2016), “Beijing 798 Genesis (2002-2006)” (Songzhuang Art Museum, China, 2016), “Voice of the Unseen” (55th Venice Biennale collateral event, Venice, 2013) and “Cang Xin’s Mythology” (Today Art Museum, Beijing, 2008). He currently lives and works in Beijing.

Chen Wenling (b.1969, Fujian, China) graduated from Xiamen Academy of Art and Design in 1991 followed by his postgraduate studies at the Central Academy of Fine Arts in 1994. He is internationally recognised as one of the top contemporary sculptors. He has previously participated in major exhibitions including: “The 6th Moscow Biennale of Contemporary Art” (Russia, 2015), “China 8 – China Contemporary Art Exhibition” (Germany, 2015), “The 11th Sculpture by the Sea” (Australia, 2015), “The 55th Venice Biennale” (Venice, Italy, 2013) and “The Suspense – Sculptures By Chen Wenling” (Today’s Art Museum, China, 2010). His works have been collected by numerous museums such as China Art Museum, Beijing Today Art Museum, National Gallery of Korea, Houston Museum of Fine Arts, Denver Art Museum, Arox Art Museum. He currently lives and works in Beijing.

Wu Didi (b. 1976 in Chongqing, China) completed her postgraduate degree in oil painting at the Central Academy of Fine Art in 2004 and has been a lecturer at the Central Academy of Dramatic Art since then. Her subject matters evolve from elements of traditional Chinese humanities. The artist had held solo exhibitions in Beijing and New York, and her previous important exhibitions include “CHINA NOW” (London, 2016), “Beyond the Mirror Phase” (Era of Art Museum, Beijing, 2016), “Wu Didi” (New York, 2015) and “Temperature of History” (Shanghai Museum of Art, China, 2015). The artist currently lives and works in Beijing.

Zhang Qikai (b. 1967, Beijing, China) graduated from the National Academy of Fine Arts in 1992 and obtained a bachelor degree in Fine Arts at the Academy of Fine Arts of Brera in Milan in 2001. He later obtained a postgraduate degree from the Multi-Media Department of the Institute of Design of Milan. The artist has had solo exhibitions in China, Taiwan, Italy and Germany. His previous major exhibitions include: “Brotherhood – Manhood” (Beijing, China, 2015), “Context” (Milan, Italy, 2014), “Insight” (Taiwan, 2012), “Living, Being – Sino-Dutch Contemporary Art Exhibition” (Songzhuang Art Museum, China, 2010) and “Zhang Qikai’s Art” (Contemporary Art Museum of Genoa, Italy, 2001). The artist currently lives and works in Beijing.