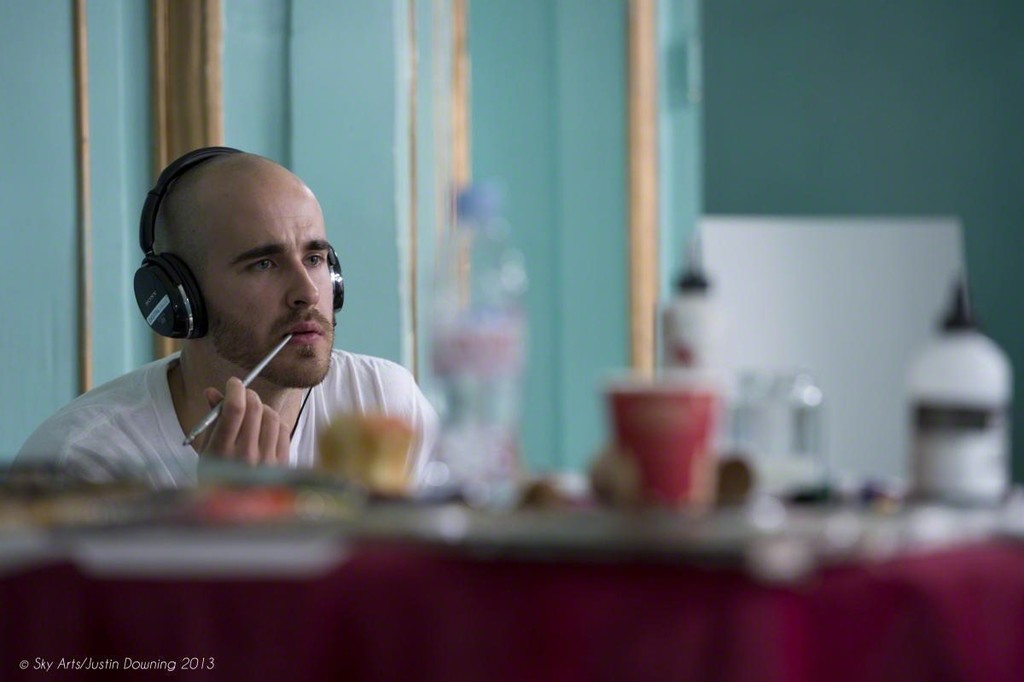 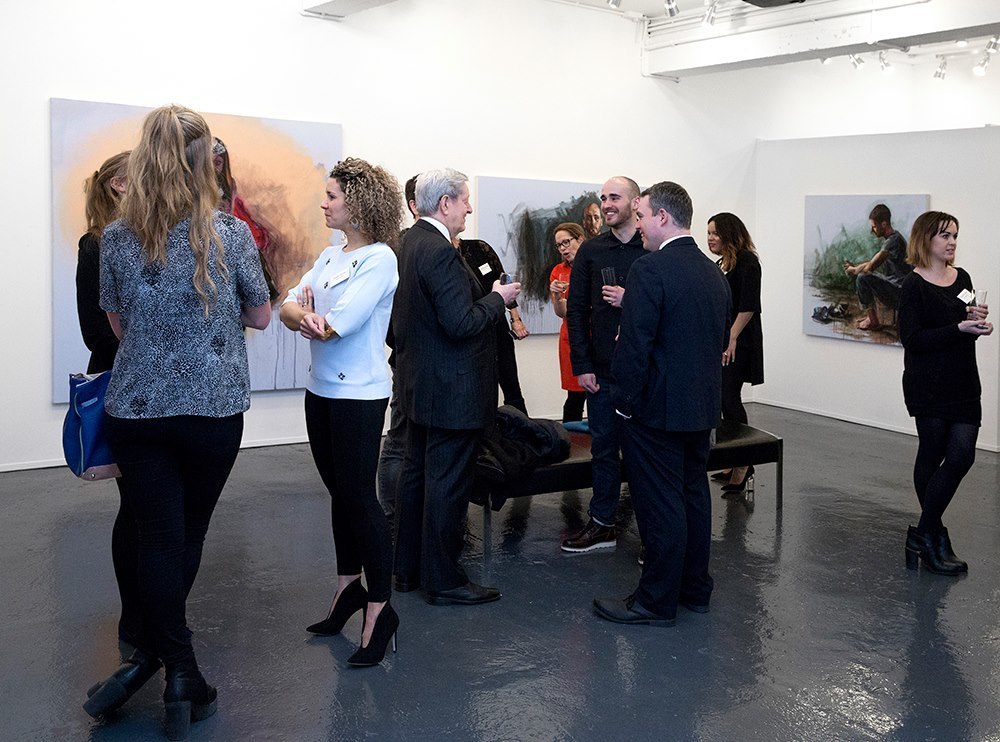 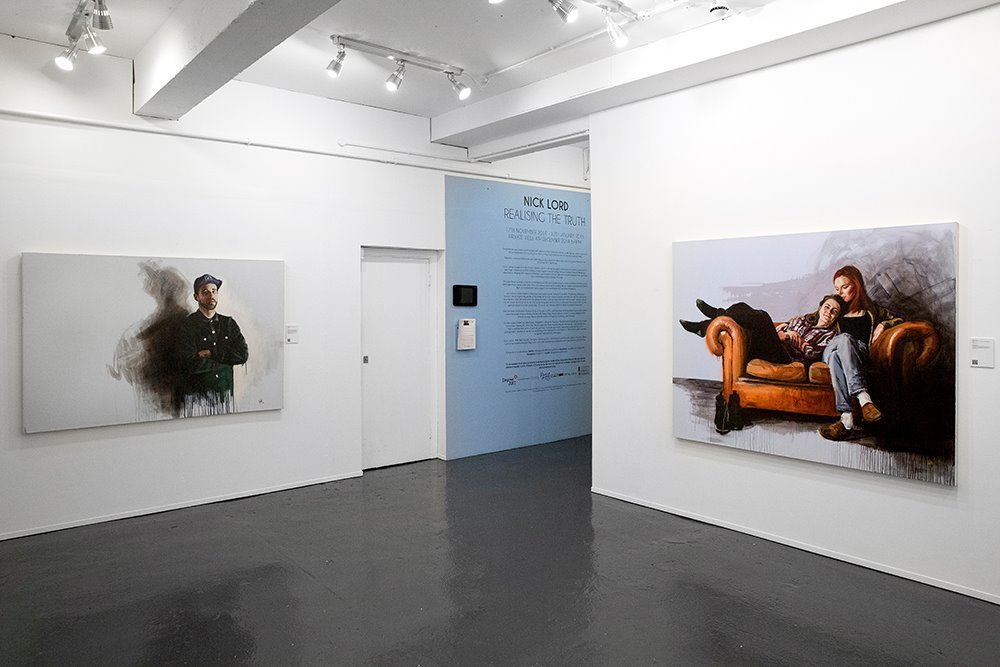 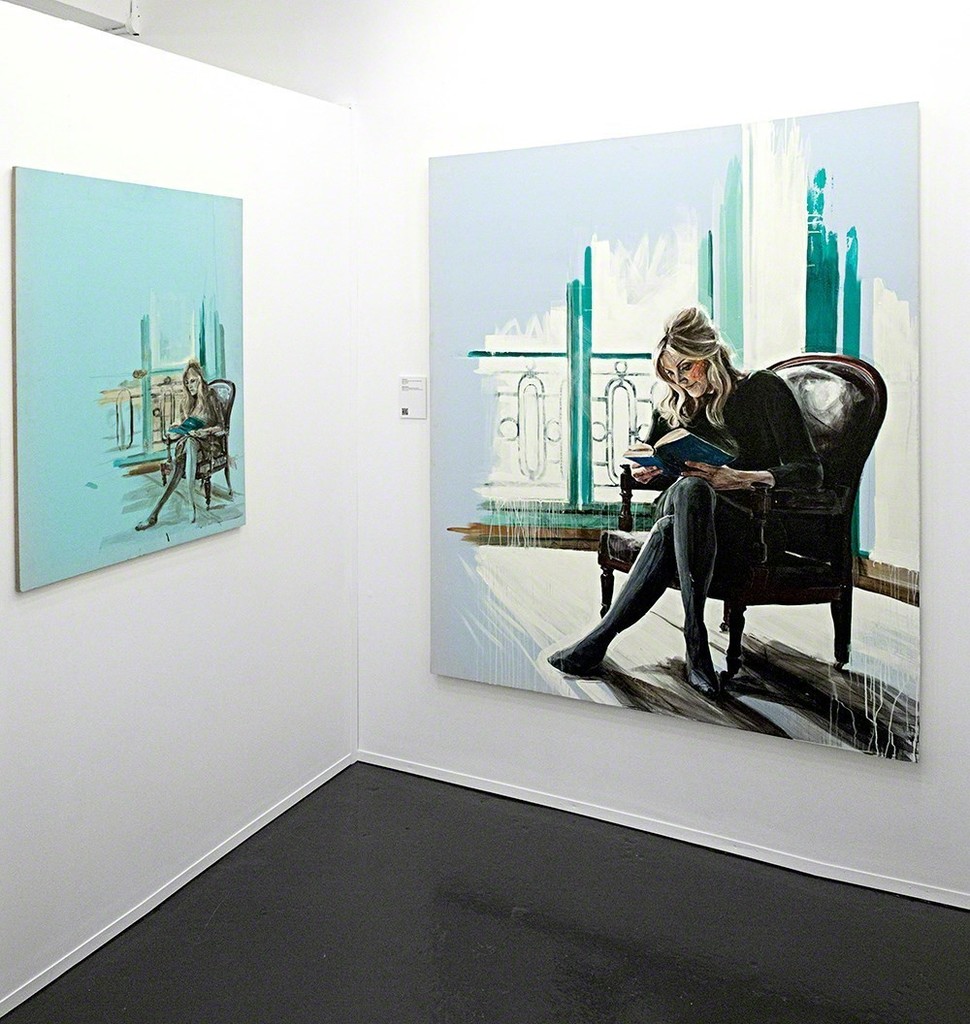 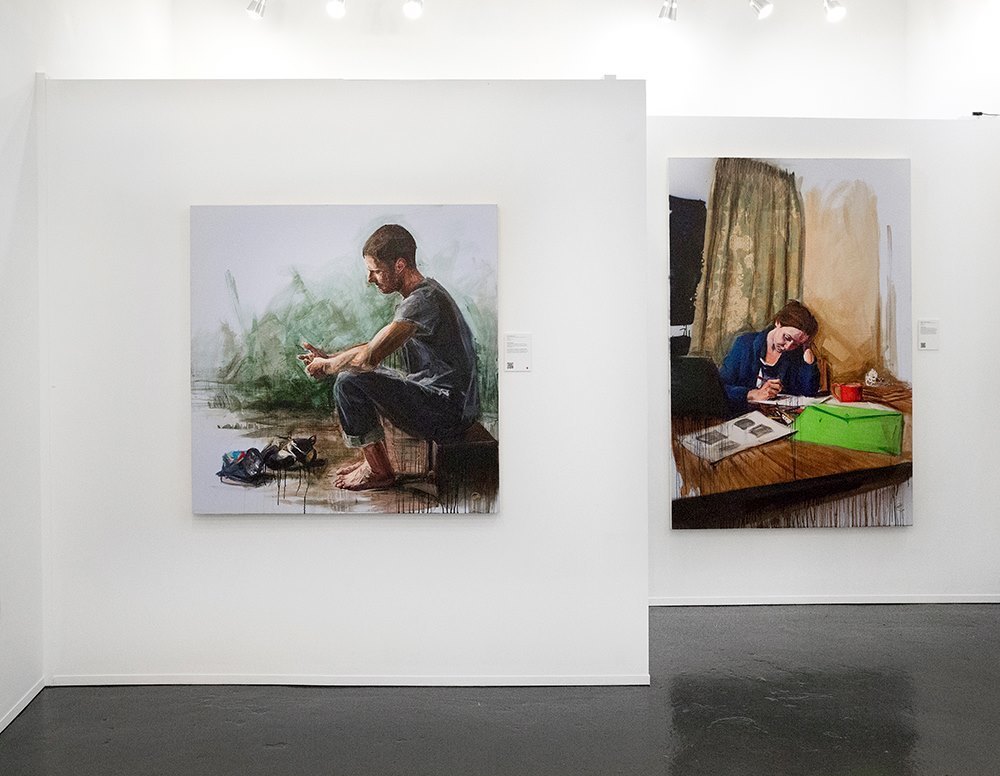 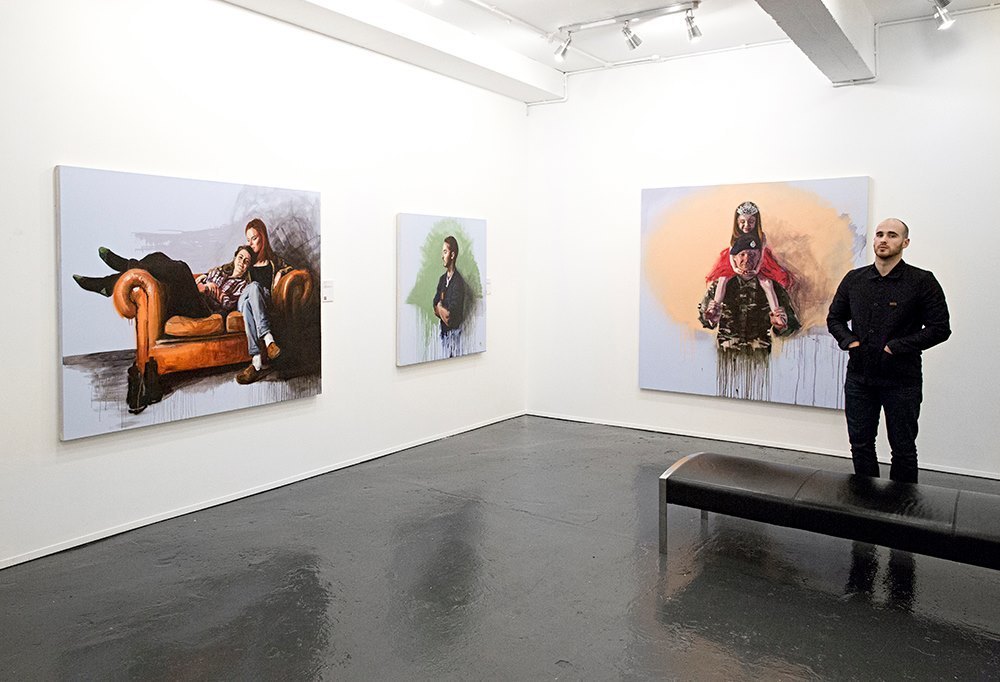 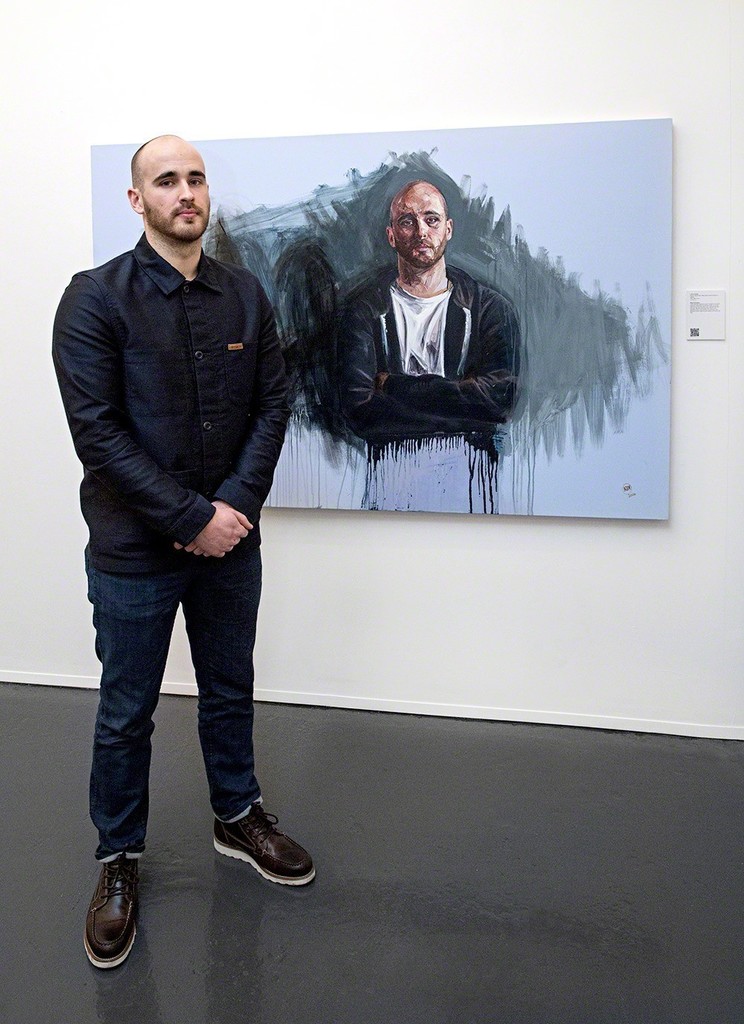 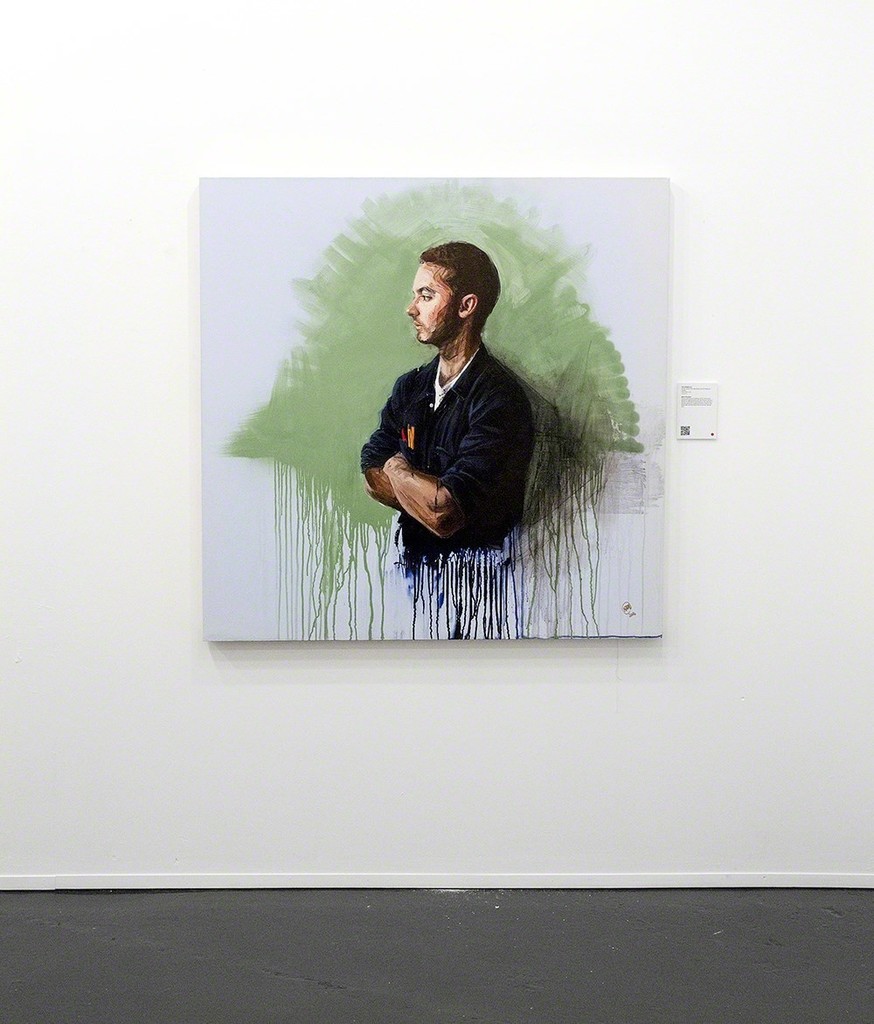 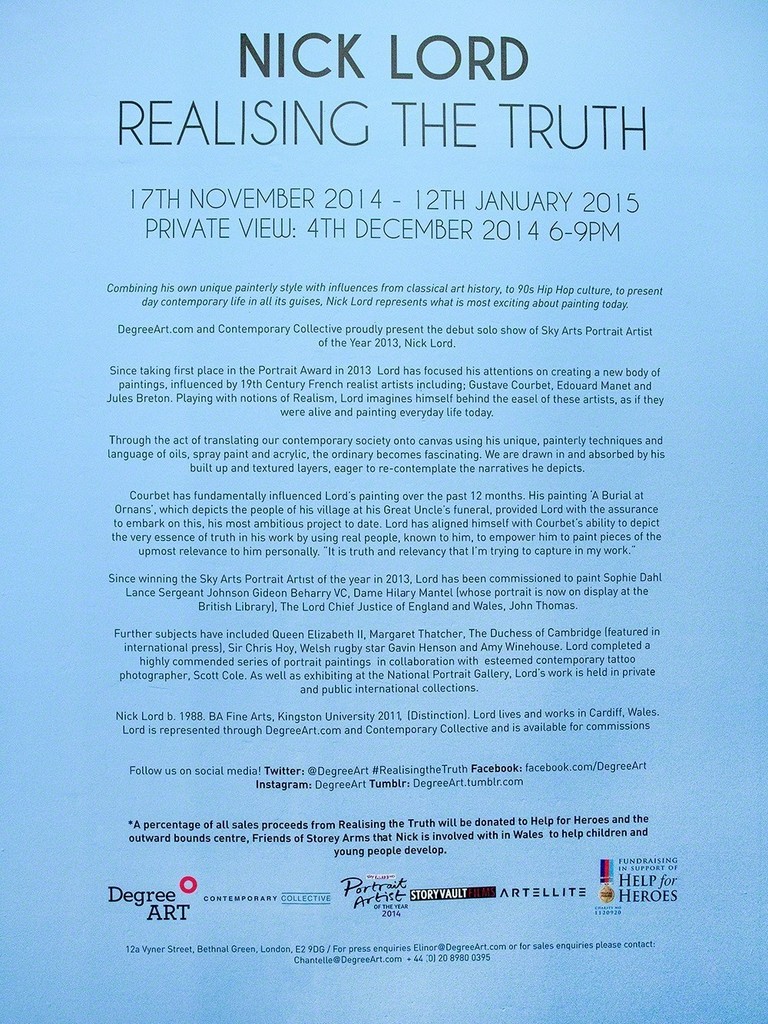 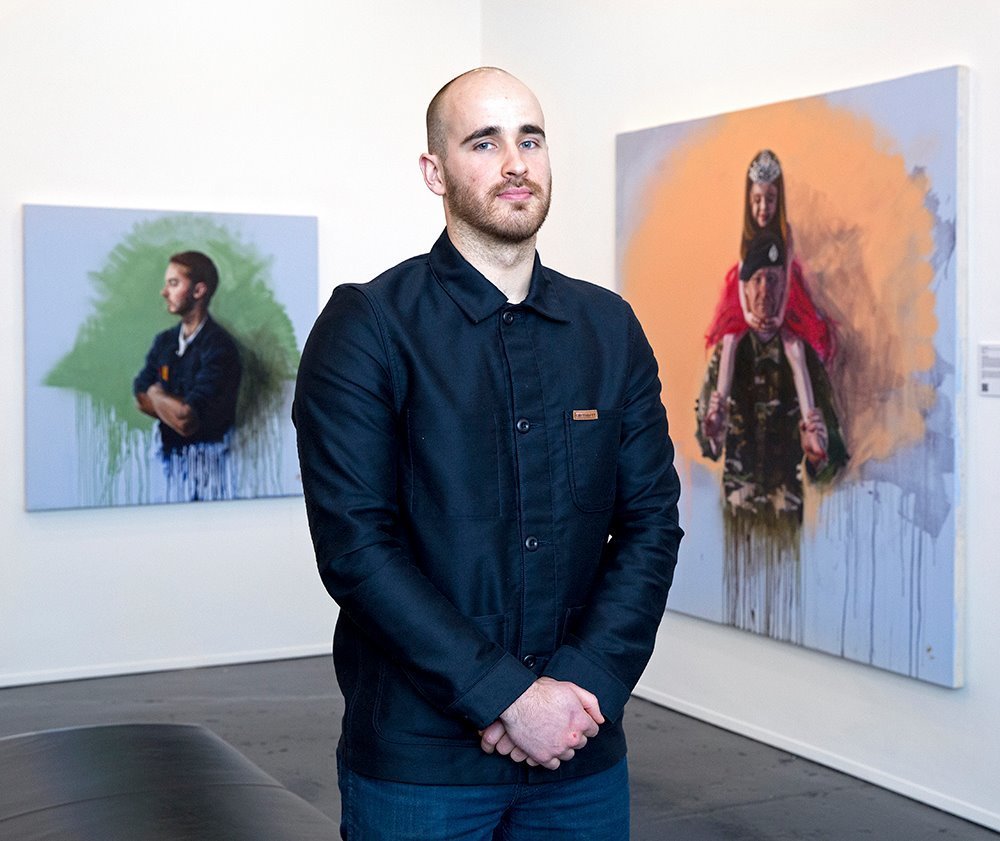 DegreeArt.com and Contemporary Collective proudly present the debut solo show of Sky Arts Portrait Artist of the Year 2013, Nick Lord. Since taking first place in the Portrait Award in 2013, Lord has focused his attentions on creating a new body of paintings, influenced by 19th Century French realist artists including; Gustave Courbet, Edouard Manet and Jules Breton. Playing with notions of Realism, Lord imagines himself behind the easel of these artists, as if they were alive and painting everyday life today.

Through the act of translating our contemporary society onto canvas using his unique, painterly techniques and language of oils, spray paint and acrylic, the ordinary becomes fascinating. We are drawn in and absorbed by his built up and textured layers, eager to re-contemplate the narratives he depicts.

Courbet has fundamentally influenced Lord’s painting over the past 12 months. His painting ‘A Burial at Ornans’, which depicts the people of his village at his Great Uncle’s funeral, provided Lord with the assurance to embark on this, his most ambitious project to date. Lord has aligned himself with Courbet’s ability to depict the very essence of truth in his work by using real people, known to him, to empower him to paint pieces of the upmost relevance to him personally. “It is truth and relevancy that I’m trying to capture in my work.”
Since winning the Sky Arts Portrait Artist of the year in 2013, Lord has been commissioned to paint Sophie Dahl, Lance Sergeant Johnson Gideon Beharry VC, Dame Hilary Mantel (whose portrait is now on display at the British Library), The Lord Chief Justice of England and Wales, John Thomas. Further subjects have included Queen Elizabeth II, Margaret Thatcher, The Duchess of Cambridge (featured in international press), Sir Chris Hoy, Welsh rugby star Gavin Henson and Amy Winehouse. Lord completed a highly commended series of portrait paintings, in collaboration with esteemed contemporary tattoo photographer, Scott Cole. As well as exhibiting at the National Portrait Gallery, Lord’s work is held in private and public international collections.