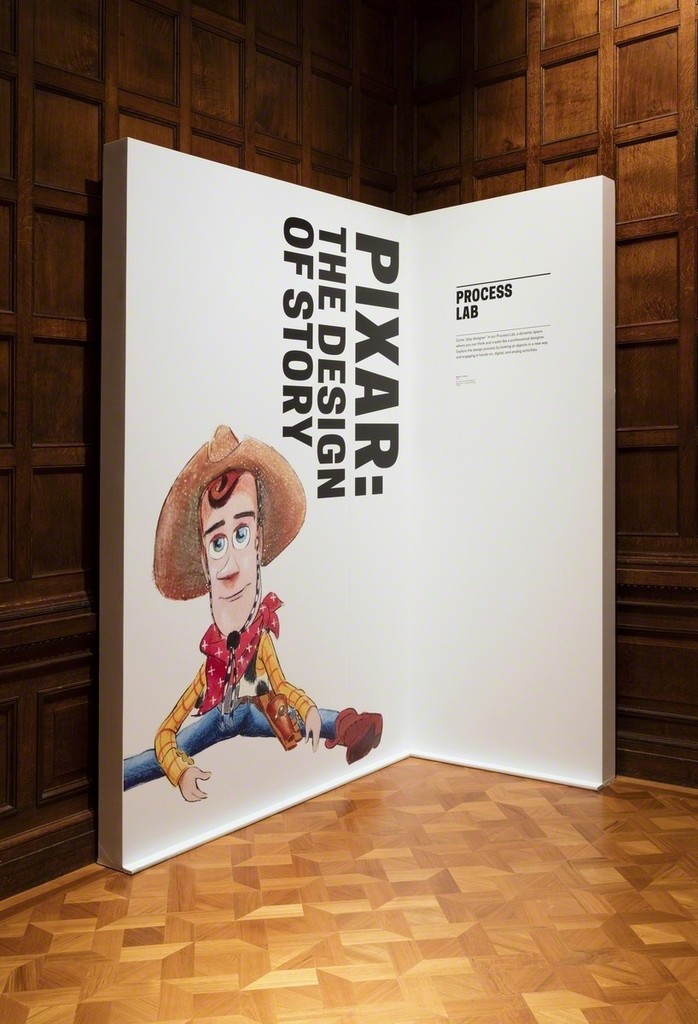 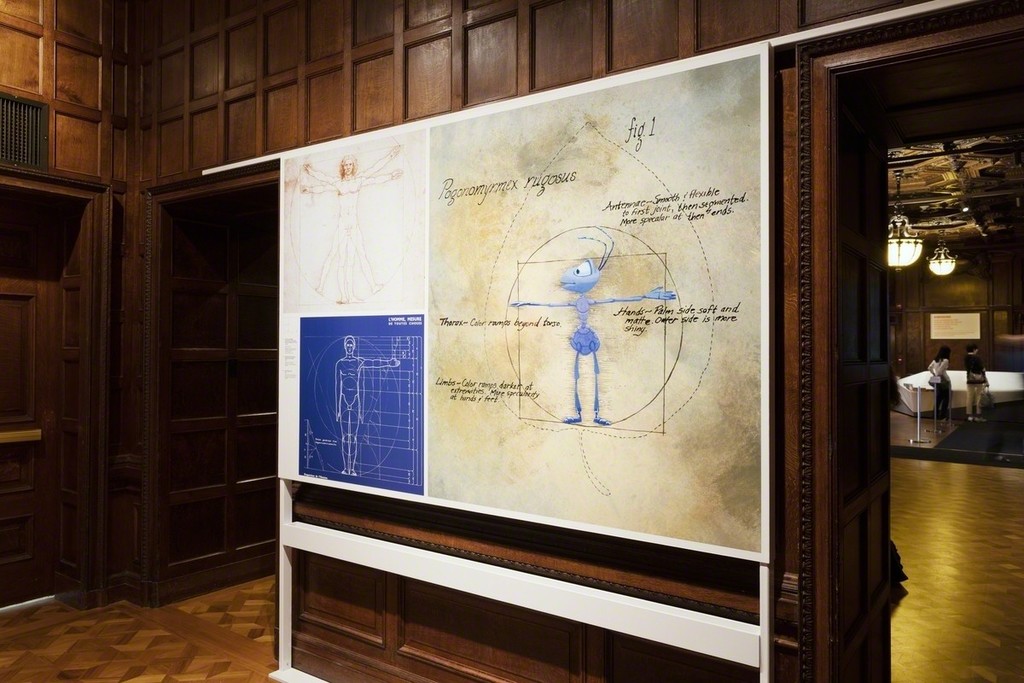 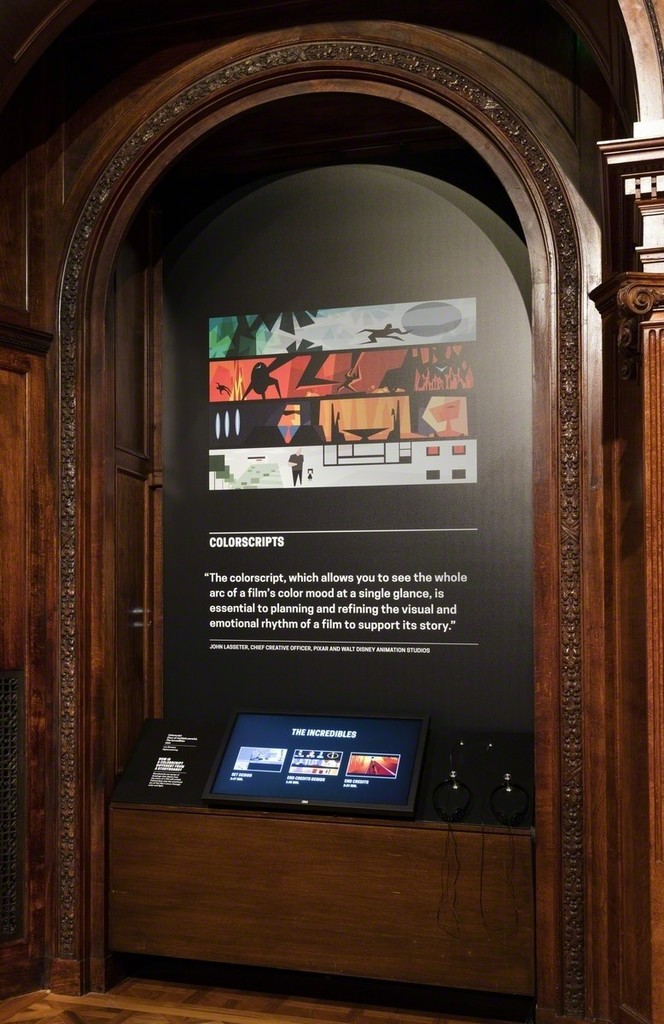 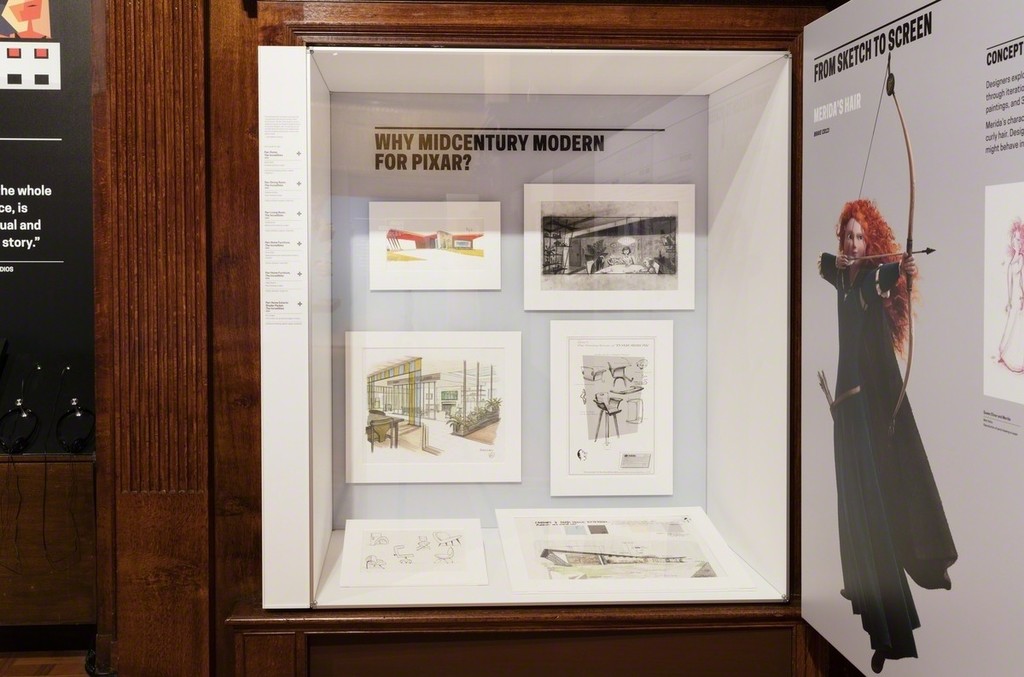 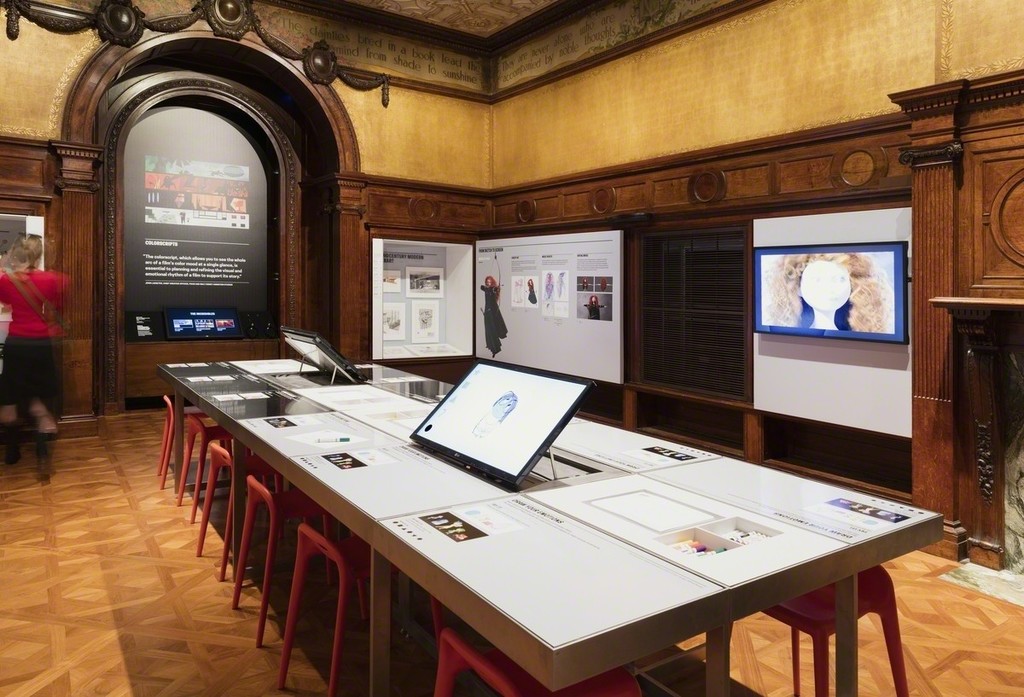 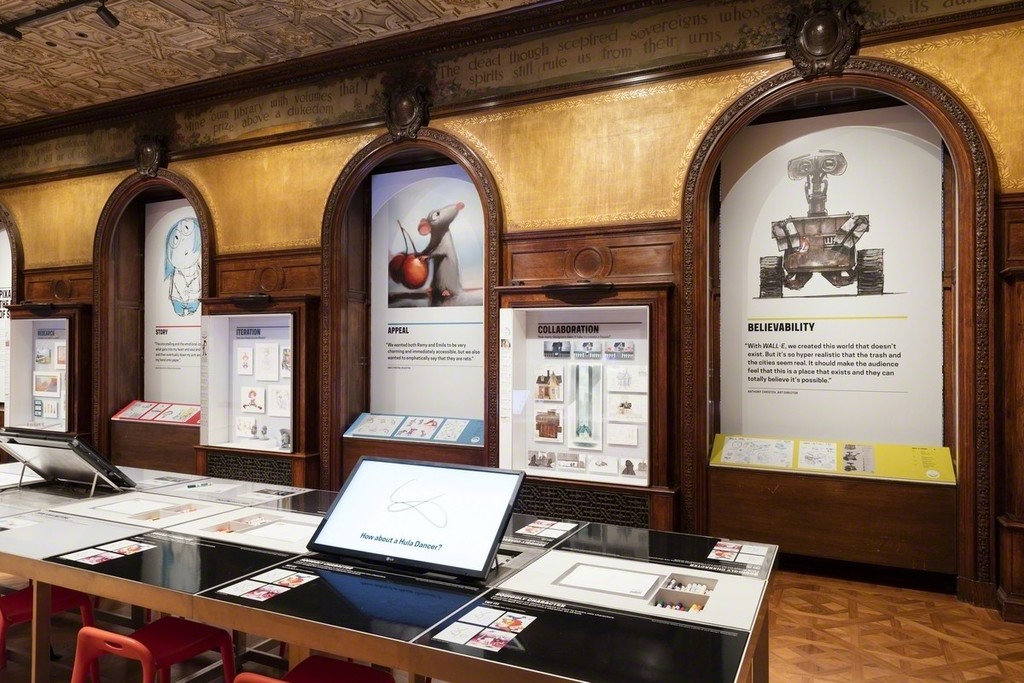 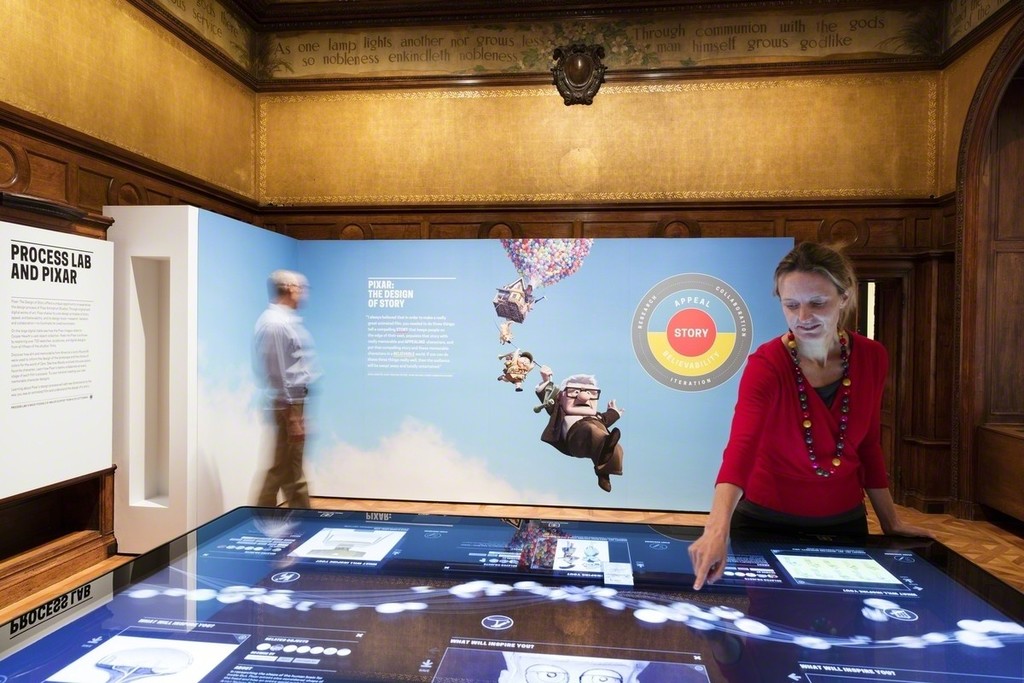 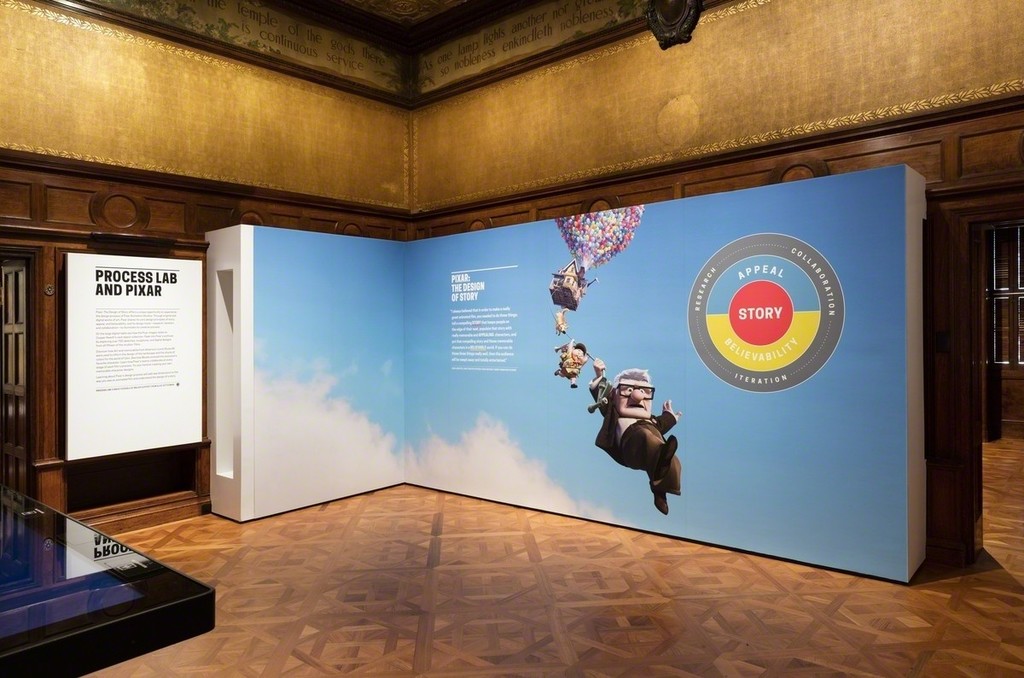 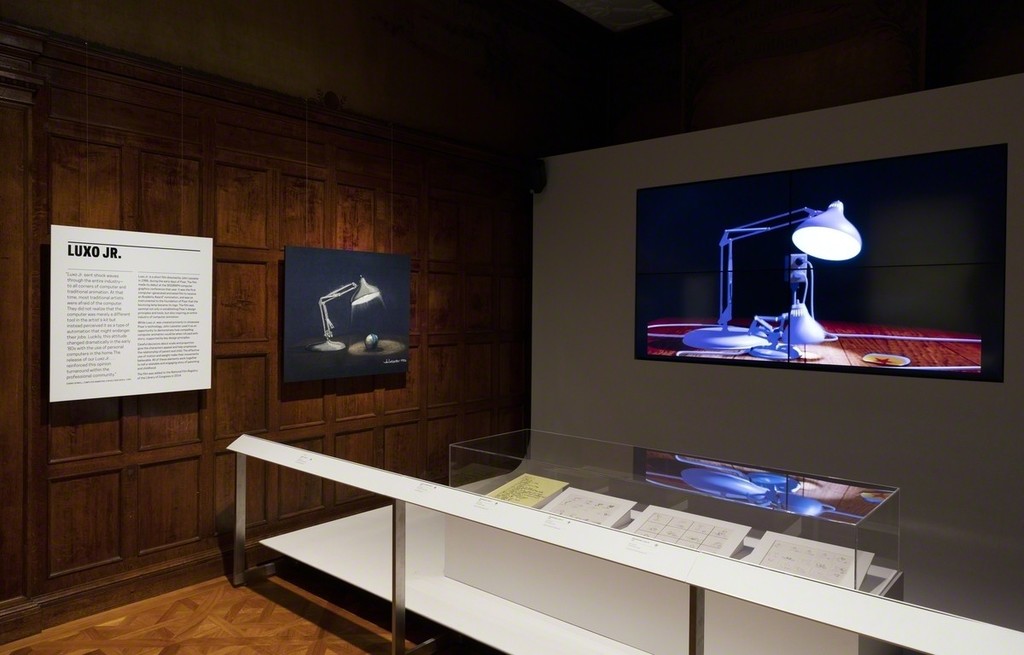 Examining the collaborative design process behind Pixar Animation Studios, Cooper Hewitt, Smithsonian Design Museum presents “Pixar: The Design of Story,” from Oct. 8 through Aug. 7, 2016. Featuring original artwork, including rarely seen hand-drawn sketches, paintings and sculptures, the exhibition reveals how Pixar develops popular characters, fosters emotional connection to its films and, ultimately, how the design process is at the studio’s core.

Through concept art from films such as Toy Story, Wall-E, Up, Brave, The Incredibles and Cars, among others, the exhibition will focus on Pixar’s process of iteration, collaboration and research, and is organized into three key design principles: story, believability and appeal. The exhibition will be on view in the museum’s immersive Process Lab—an interactive space that was launched with the transformed Cooper Hewitt in December 2014—whose rotating exhibitions engage visitors with activities that focus on the design process, emphasizing the role of experimentation in design thinking and making. “Pixar: The Design of Story” is organized by Cara McCarty, director of curatorial, and Kim Robledo-Diga, deputy director of education and interpretation at Cooper Hewitt.

“The Process Lab offers dynamic and participatory experiences for visitors of diverse ages and abilities, showing how designers develop ideas through testing, prototyping and finding inspiration in the world around them,” said Caroline Baumann, director of Cooper Hewitt. “With Pixar’s two film releases this year, it is the perfect time to go behind the studio’s practices and investigate how they arrive at design details, such as Merida’s fiery red hair in Brave and the ‘mind world’ in Inside Out, while also showing how they serve a particular story.”

“At Pixar, the visual design process and the story development process work hand in hand from the very earliest stages,” said John Lasseter, chief creative officer of Pixar Animation Studios. “We’re very excited to work with Cooper Hewitt on this exhibition, which will give people an inside look at one of the studio’s most important relationships.”

Examples of work on view include architectural research that informed the structure and characterization of Carl’s house in Up; colorscripts and storyboards from The Incredibles, which chart the emotional arc of the story through color; sculptures of Woody from Toy Story; and model packets and detailed drawings from Wall-E, showing the iteration process that increased the believability of Wall-E’s mechanical functions. Interactive stations in the gallery will focus on the three design tools of research, iteration and collaboration. Visitors will also be able to engage with an 84-inch touch-screen table and explore more than 450 pieces of artwork from Pixar, as well as learn about related objects from Cooper Hewitt’s collection.

In part of the Process Lab once occupied by Andrew Carnegie’s office, the museum will be screening Luxo Jr., Pixar’s groundbreaking short film from 1986, allowing visitors to see the origins of Pixar’s design process that remain in place today.

Throughout the fall, a suite of public programs will be offered in conjunction with the exhibition, including a conversation with John Lasseter Nov. 12, and a weeklong series of hands-on workshops for all ages led by creative staff from Pixar, as part of the museum’s ongoing Design by Hand series.

Copublished by Cooper Hewitt and Chronicle Books, a children’s activity book, Design of Story: A Pixar Design Activity Book, will share Pixar’s design principles, tools and stunning art as well as tips and techniques from designers that will prompt hours of creativity. With a foreword by John Lasseter and introduction by award-winning designer Michael Bierut, the book will be available at SHOP Cooper Hewitt in October 2015, and distributed widely by Chronicle in spring 2016.

Process Lab is made possible by major support from Alice Gottesman.

Design by Hand is made possible by the support of Van Cleef & Arpels.