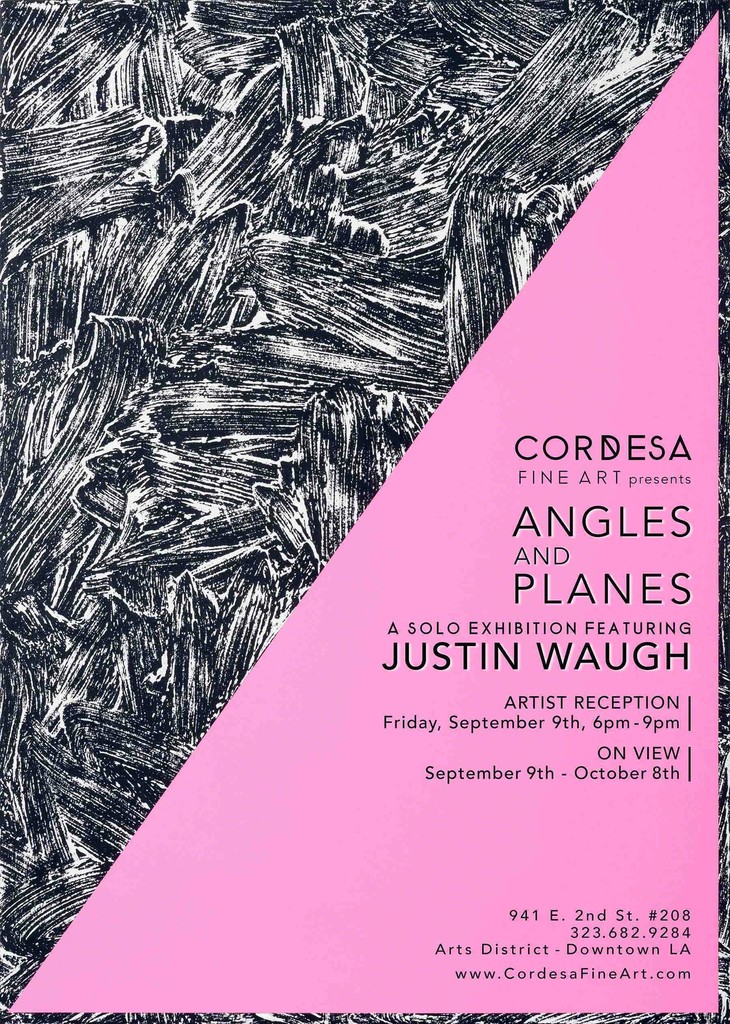 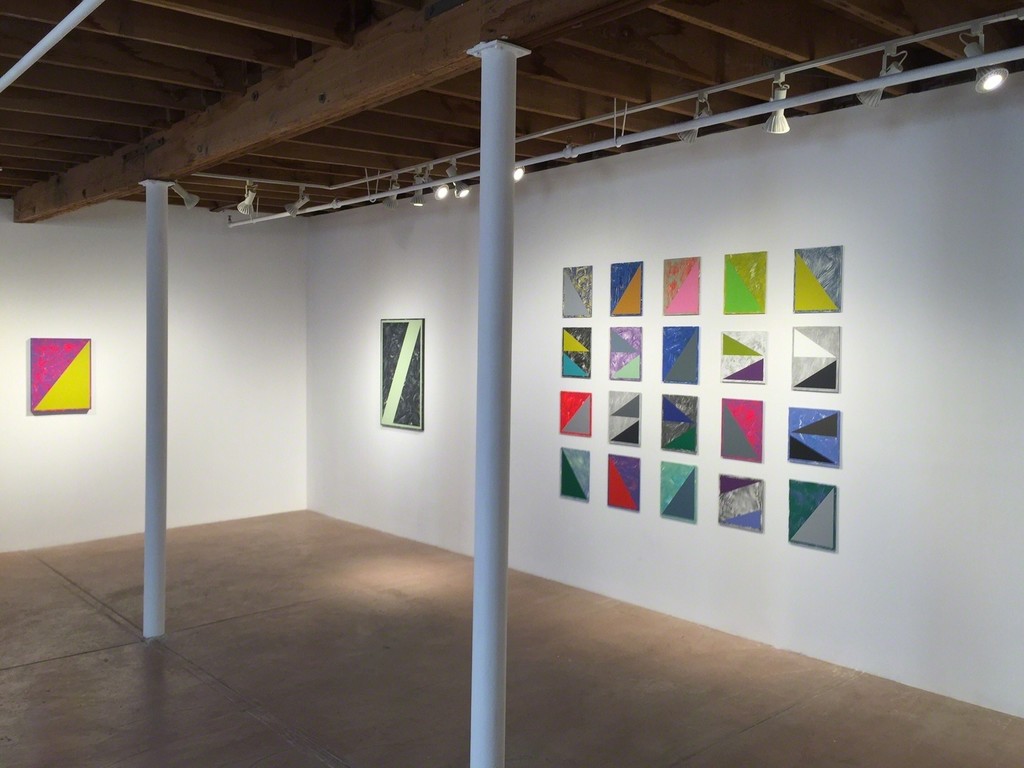 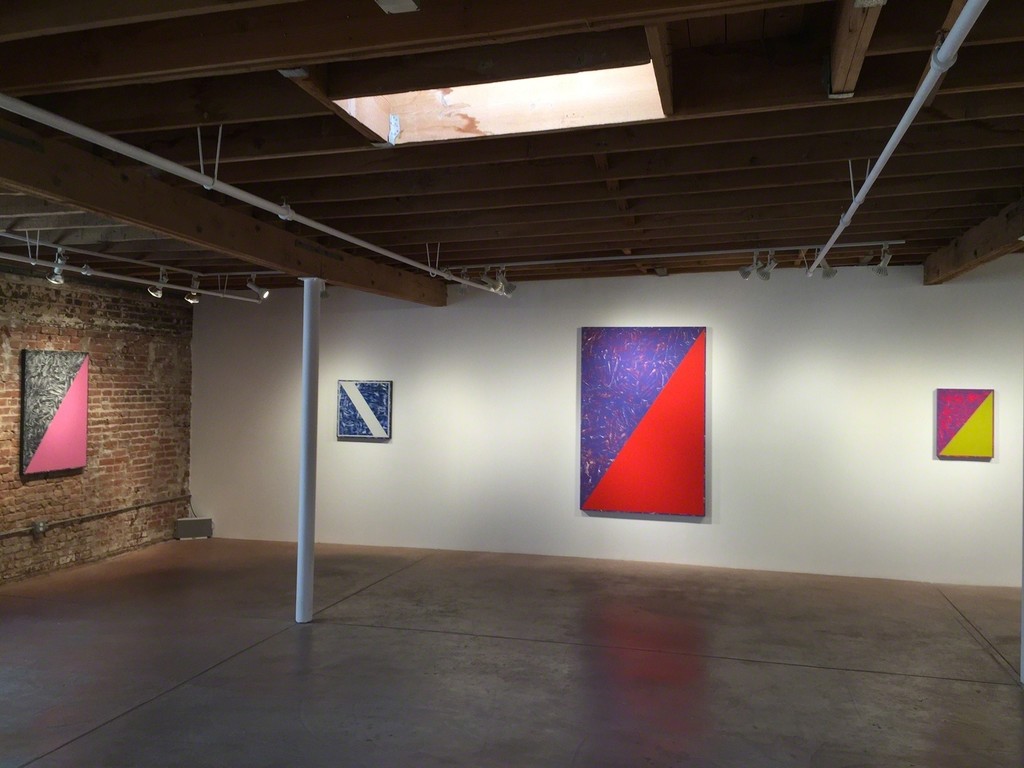 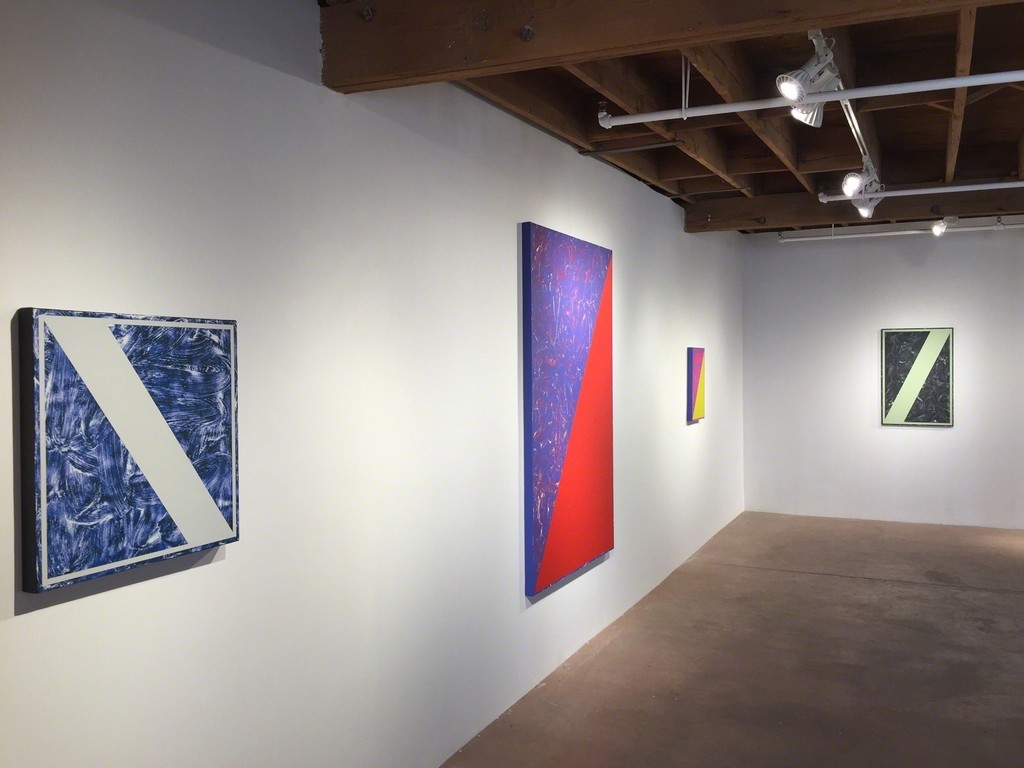 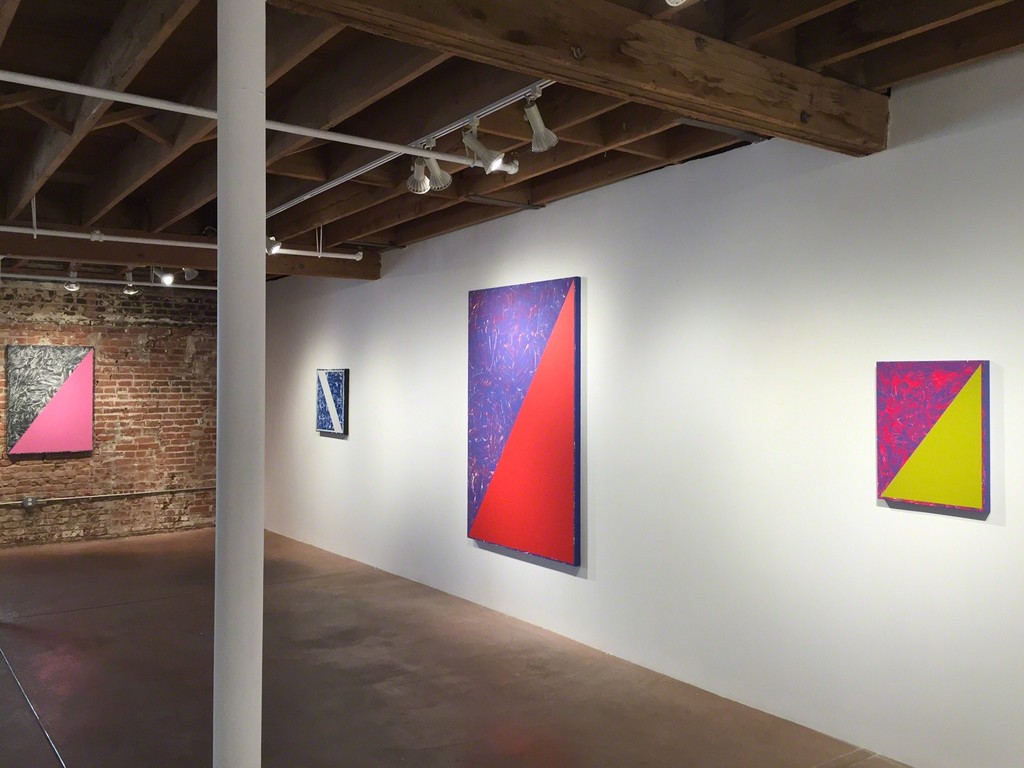 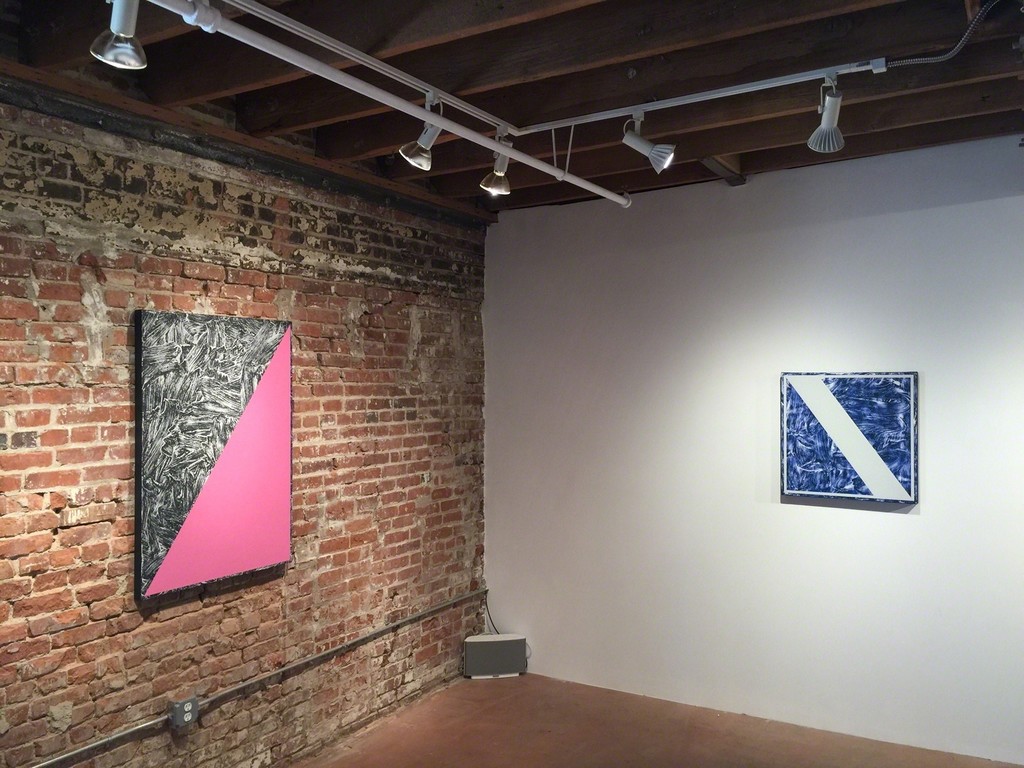 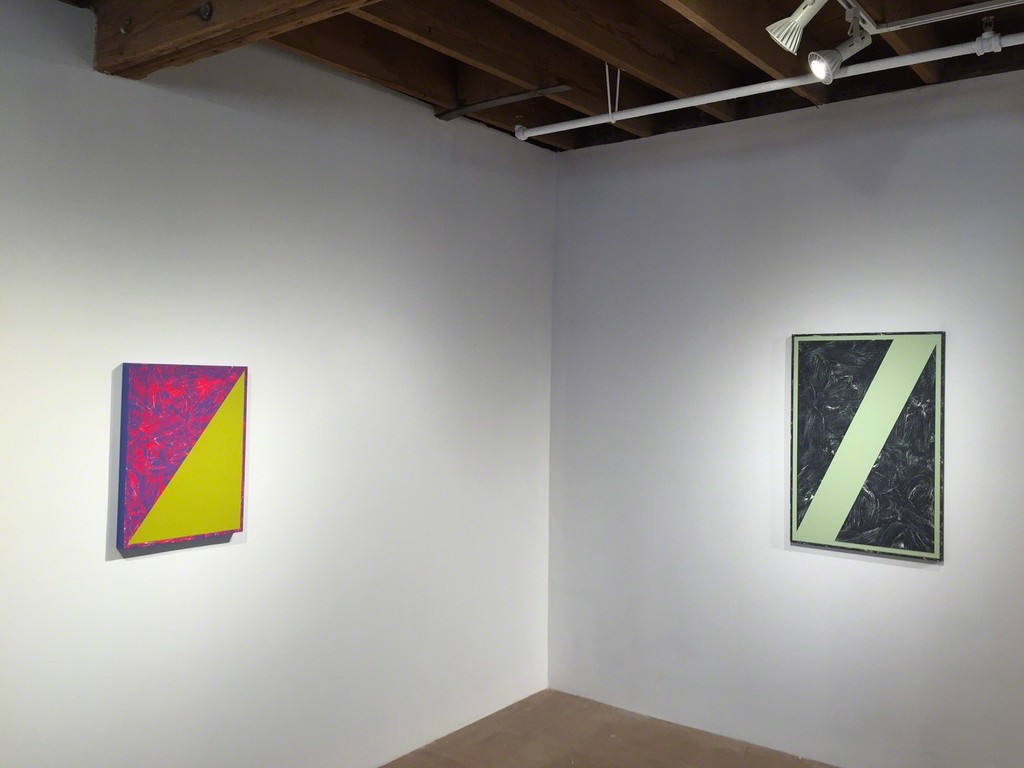 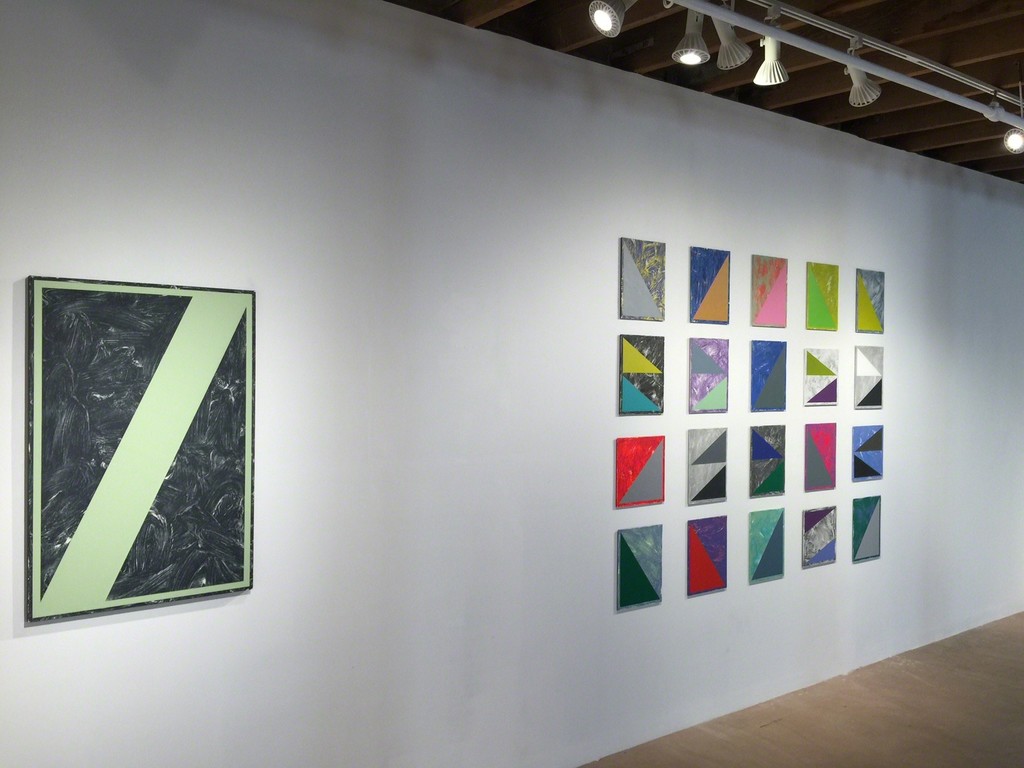 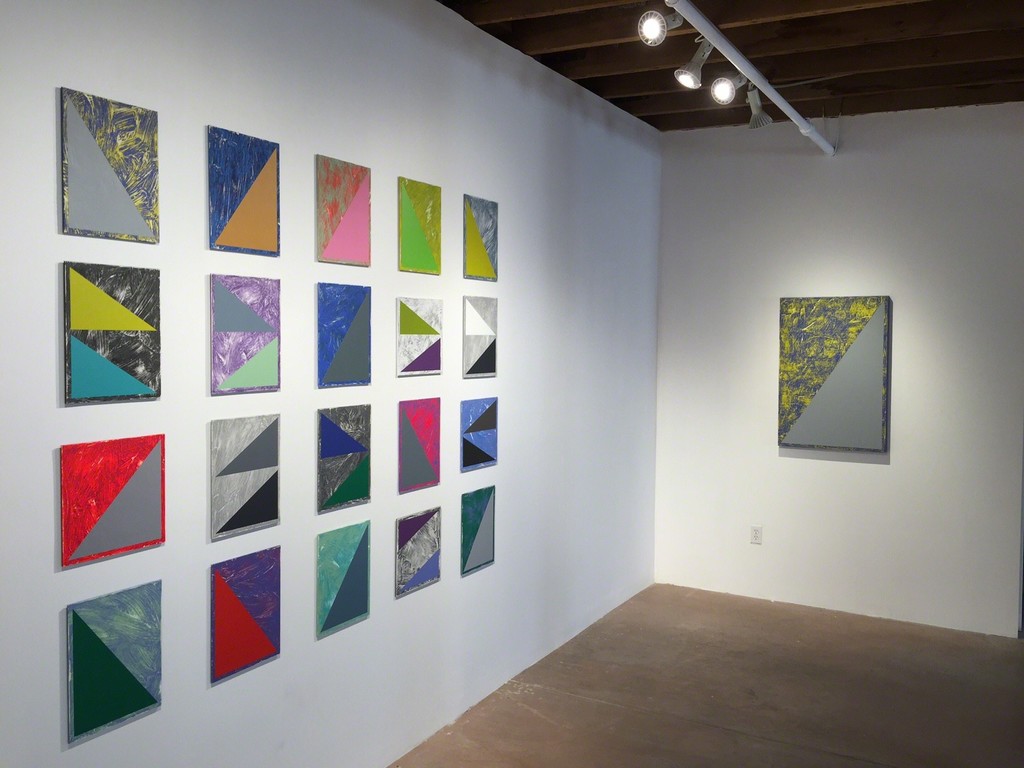 Cordesa Fine Art is pleased to present, Angles and Planes, a solo exhibition featuring Los Angeles based artist, Justin Waugh. Angles and Planes will feature Waugh’s most recent body of work, which encompasses triangles and parallelograms. Each form directly addresses architectural and spatial limits of a given plane, which acts as a structural component emphasizing that each painting functions as an object in and of itself.

Angles and Planes will be on view from September 9th – October 8th with a reception for the artist, September 9th from 6:00- 9pm.

Fascinated with seriality and repetition, Waugh conveys subtle variations in each painting by pushing his precise technique and form to the edge of the surface. Each acute arrangement and gesture in Waugh’s process acts as a signifier in an internal dialogue that is derived and inspired from nautical signal flags.

The interplay of figure and ground is accentuated and blurred with the combination of gestural and seemingly textural brushstrokes with flat areas of color. This duality is further emphasized by the use of both additive and subtractive techniques, a bold and sometimes jarring use of color, and crisp hard edges that sharply delineate the forms.

Justin Waugh was born in Miami, FL in 1975. After studying at the North Carolina School of the Arts and Maryland Institute College of Art, he received his BFA from the College of Charleston, SC, in 1999. His work has been exhibited throughout the United States and his last solo project was at Gagosian Gallery in 2013. Justin Waugh lives and works in Los Angeles, California.