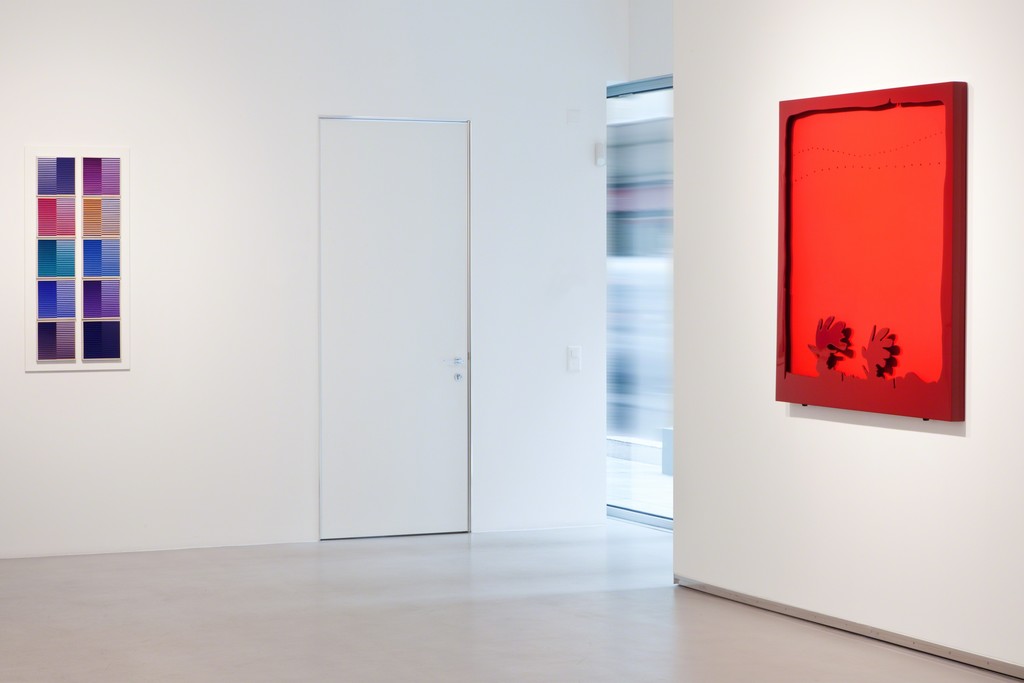 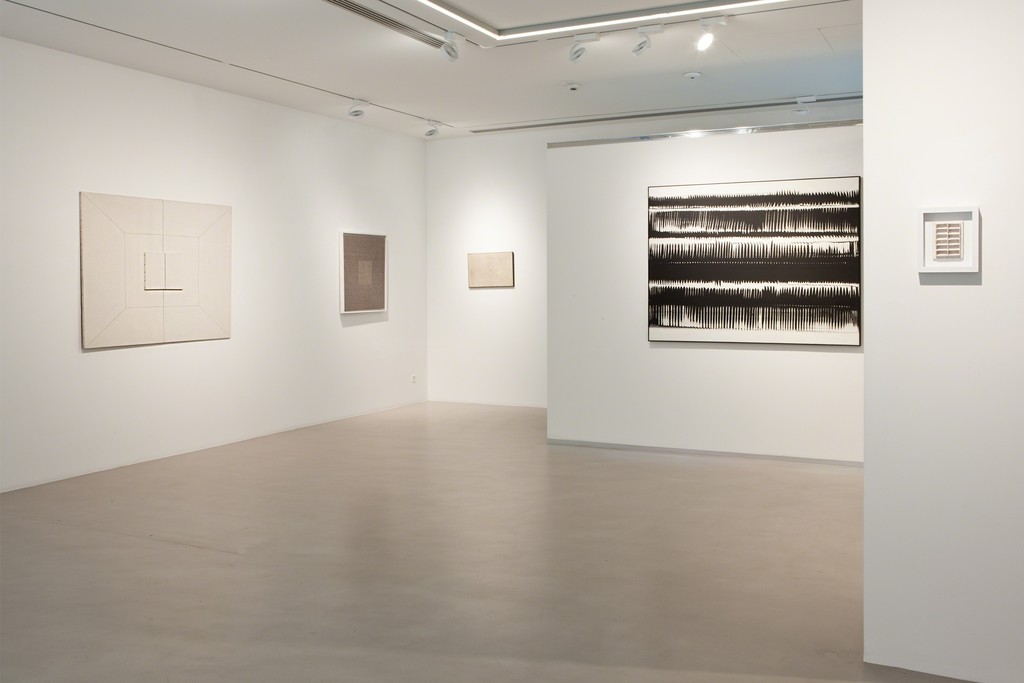 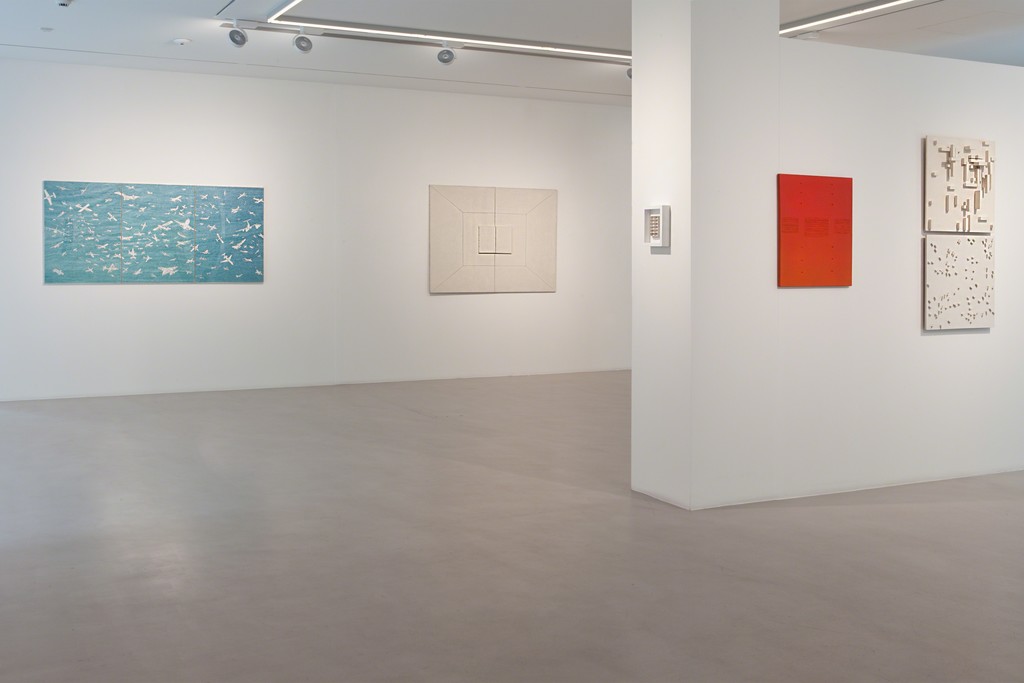 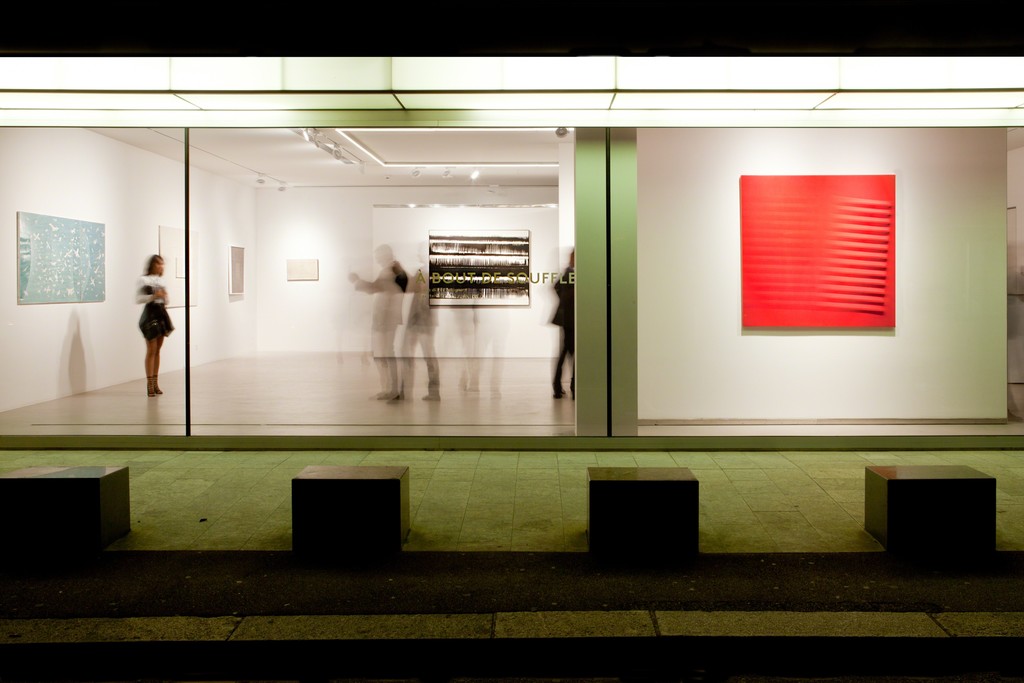 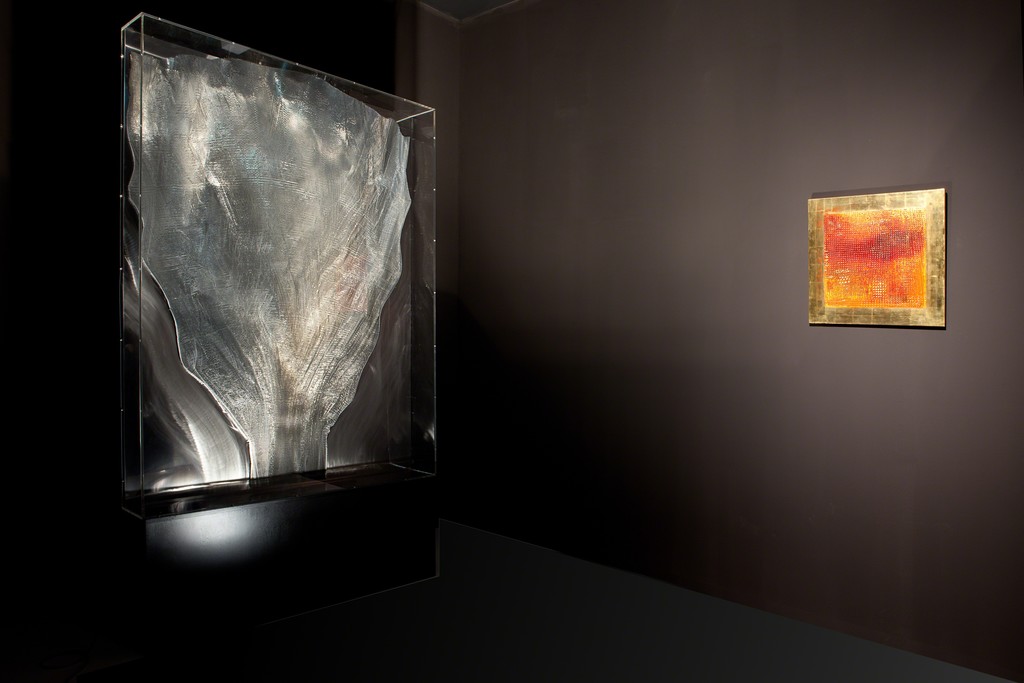 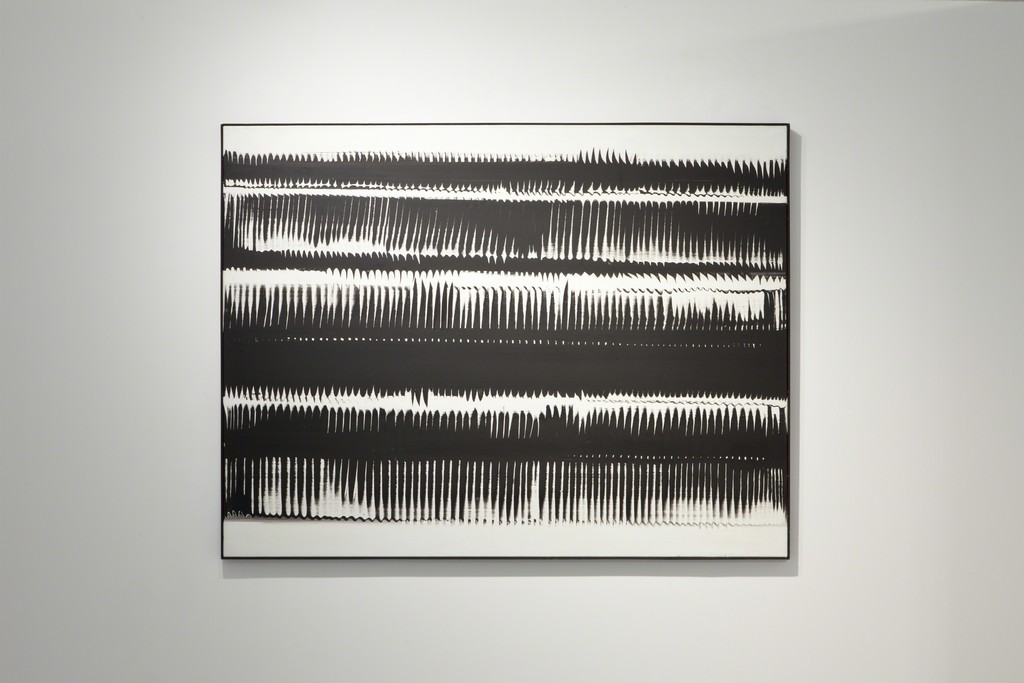 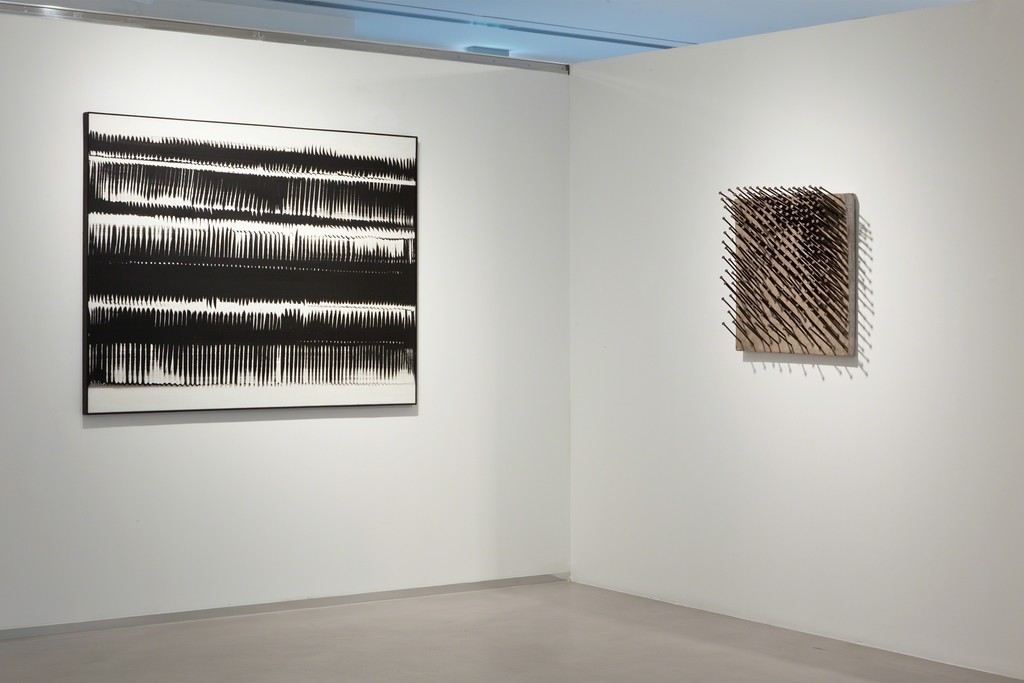 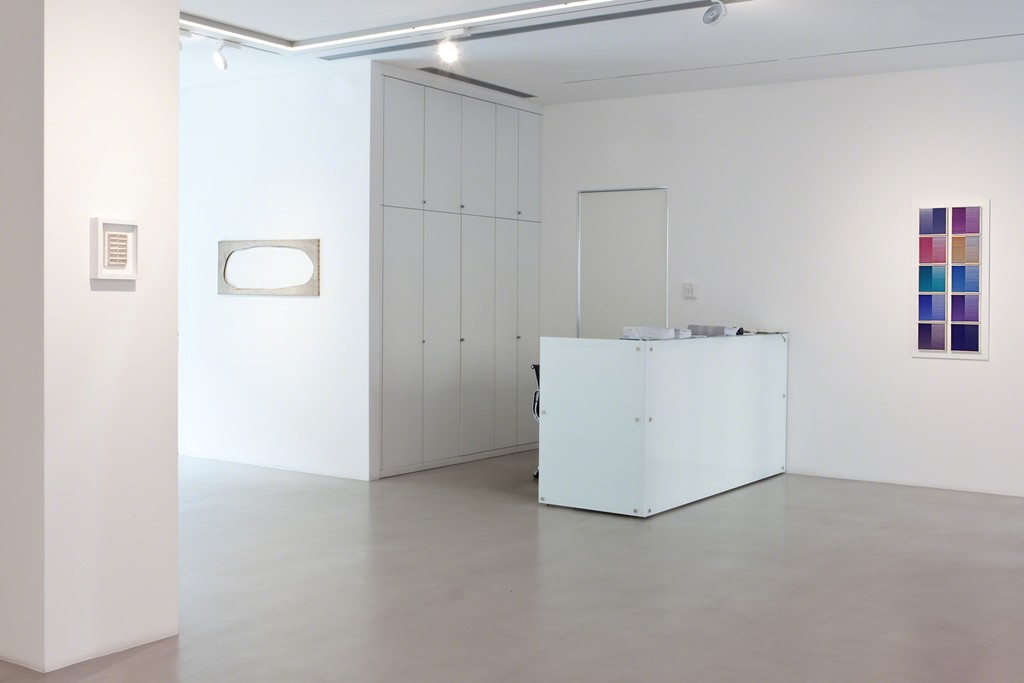 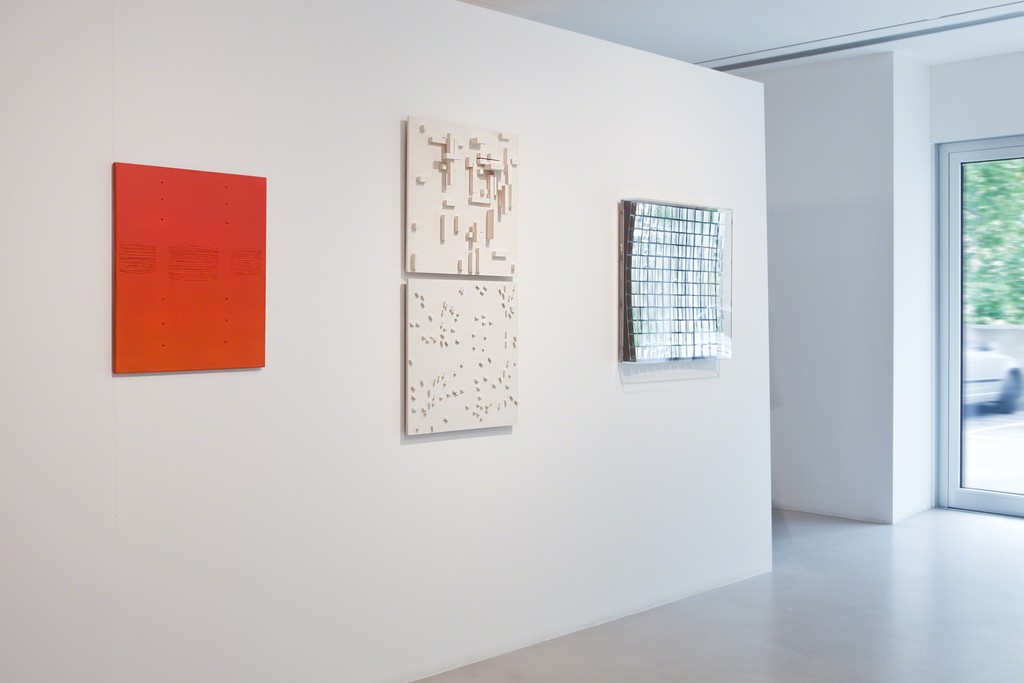 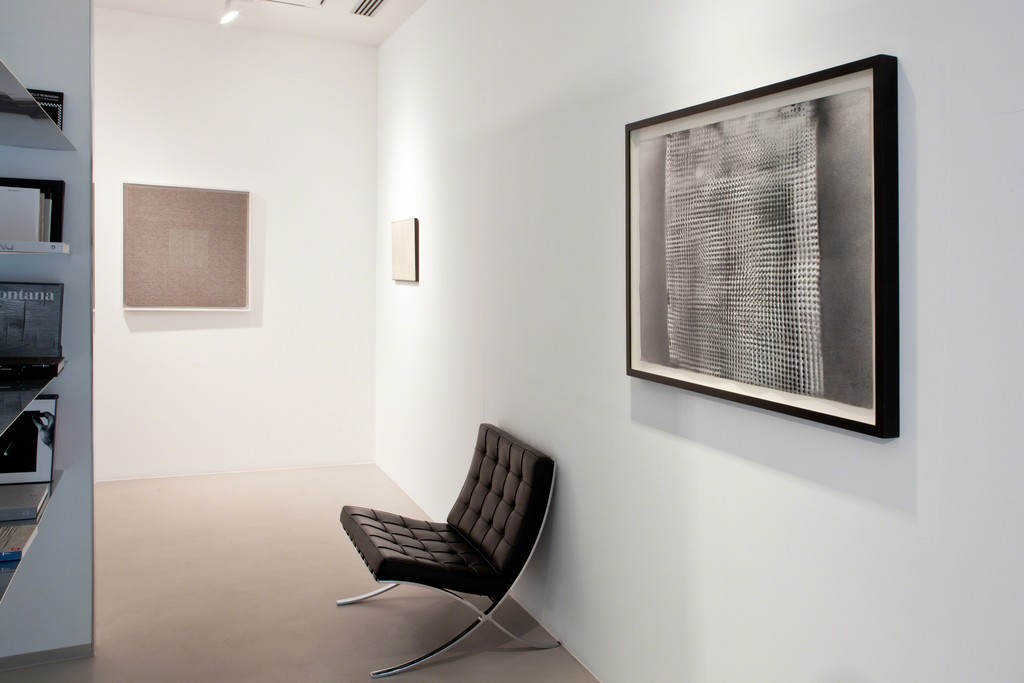 The color of matter.
Surface.

The trailer for the Jean-Luc Godard film that marked the birth of the Nouvelle Vague presented the public with a rapid succession of different perspectives and bodies, words and visions.

A similar effect is conjured up by the sophisticated selection of works that Cortesi Gallery is presenting to the public on the 10th of September 2015, in parallel to the opening of LAC - Lugano Arte e Cultura and the exhibition Orizzonte Nord-Sud: Protagonisti dell’arte europea ai due versanti delle Alpi (1840-1960).

The spotlight will be on images from this last restive half-century of ours, ranging between the Netherlands, Germany and Italy.
Experiments and illuminations that blaze a trail through Europe and set ablaze the post-war period, a geographic and cultural perimeter that inspires passionate interest to this day: a history of art built on slashes and rarefactions, gaps and volumes, scaldings of matter and scatterings of objects.

Everything started out from a trajectory traced by the restless pen of Alighiero & Boetti, an elusive artist and a shamanic presence in a situation where experience walked a tightrope of negation: it was necessary to kill their fathers, rewrite history, reinvent themselves as human beings, not just as artists.
Modernism, the revolution in language, the medium is the message, history is us, acts of liberation, power to the imagination, postmodernism, no-futurism: a story told by works made in the twenty white-hot years from the Sixties to the Eighties, which we still look back on, unwilling to let it slip away, this troubled epoch that commands our awe.

Works that are like trajectories in overcoming the concept of painting and sculpture: the exhibition that Cortesi Gallery will be opening to the public is a voyage in no particular direction but in a thousand possible ones, a succession of perspectives and visions.
We move through Dadamaino’s chromatic scales, we play dominoes with de vries’ malleable rules, we peer into Fontana’s succinct theaters, one moment our gaze crashes with amazement into Mack’s artificial cascades, and the next lets itself be pierced by Uecker’s annihilating whorls.
Overhead, Boetti's airplanes give the lie to Paolini’s Zenit.

The work is a body of ideas: we can experience it, eyes caught in Peteers’ nets, tracing Le Blanc’s patient lunacy, intertwining the threads of the past, as we imagine our present.