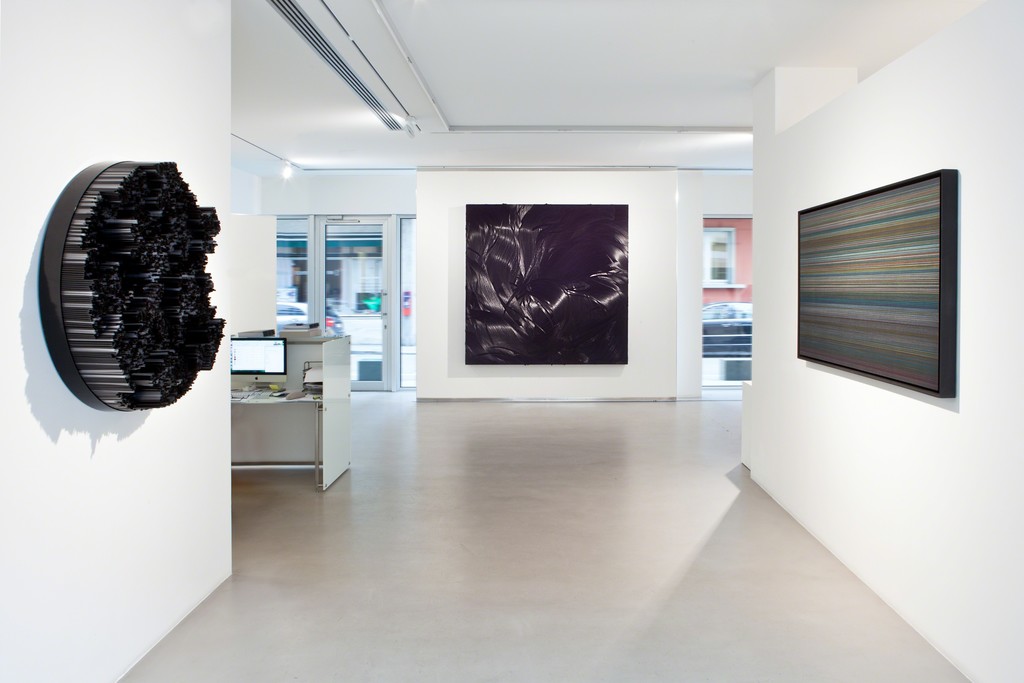 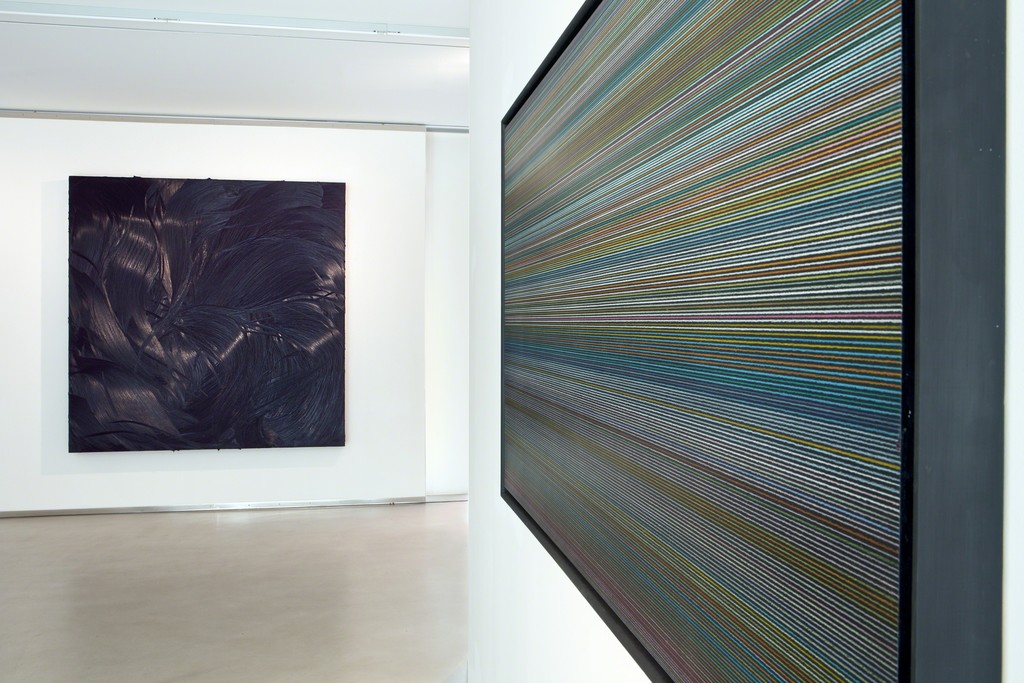 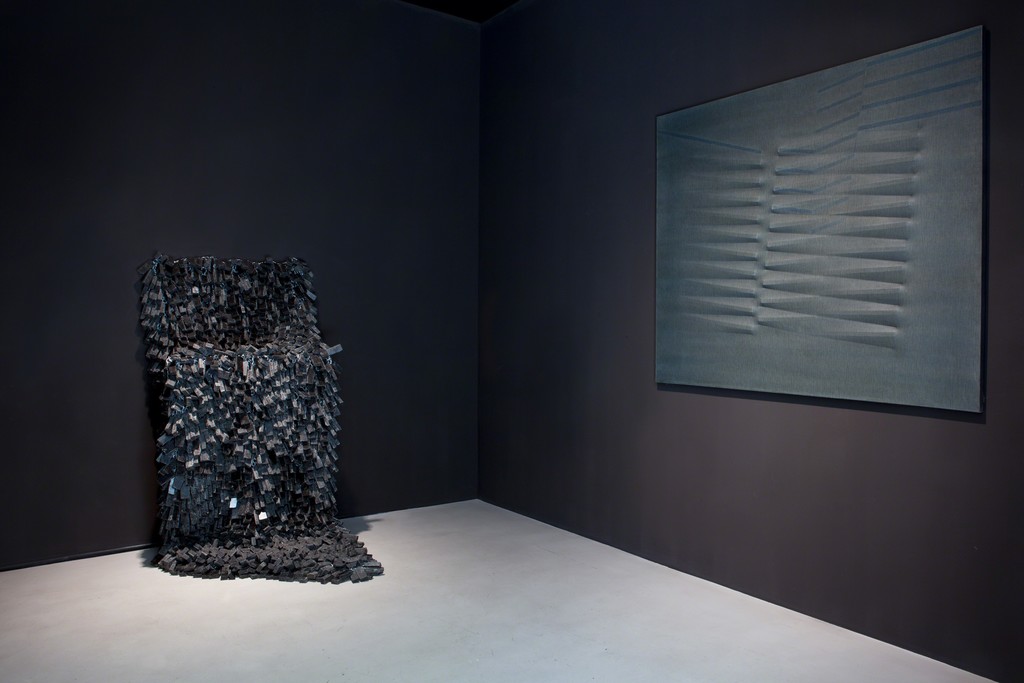 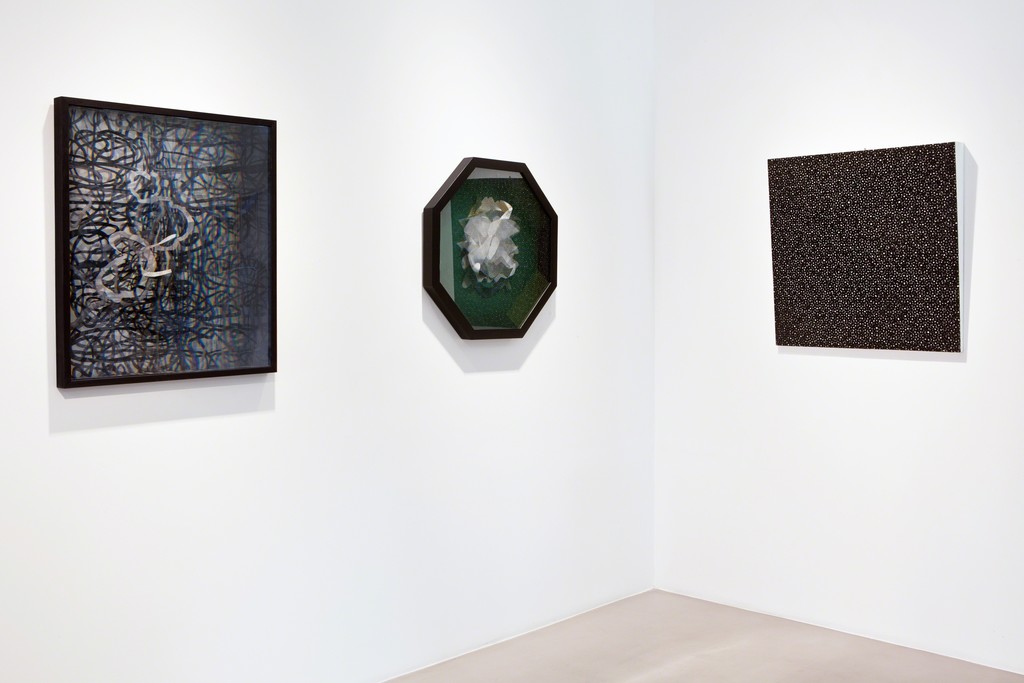 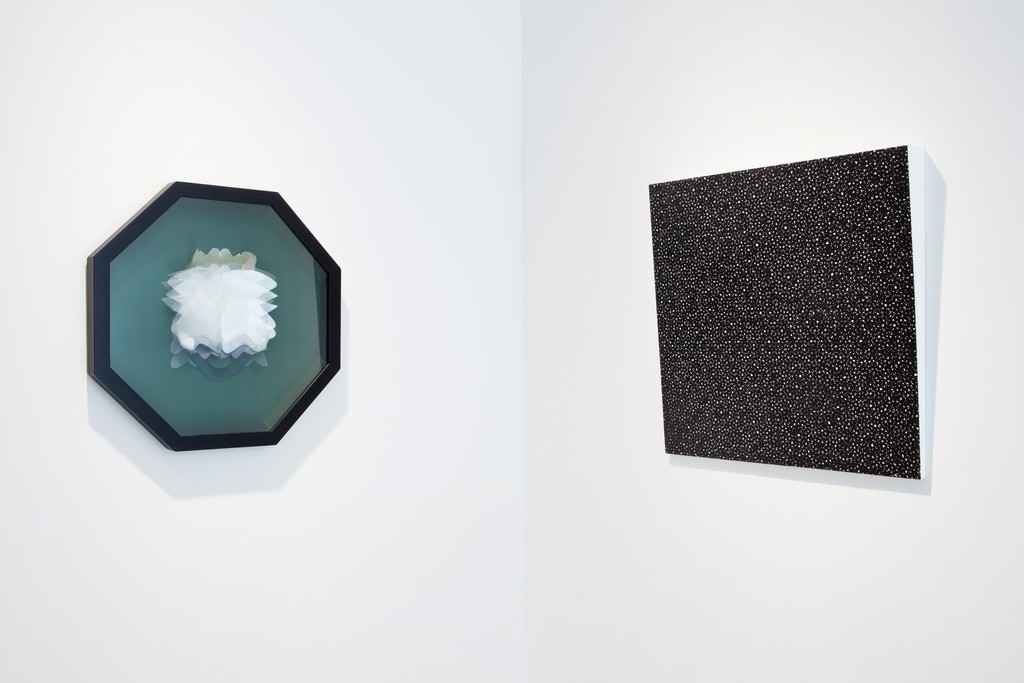 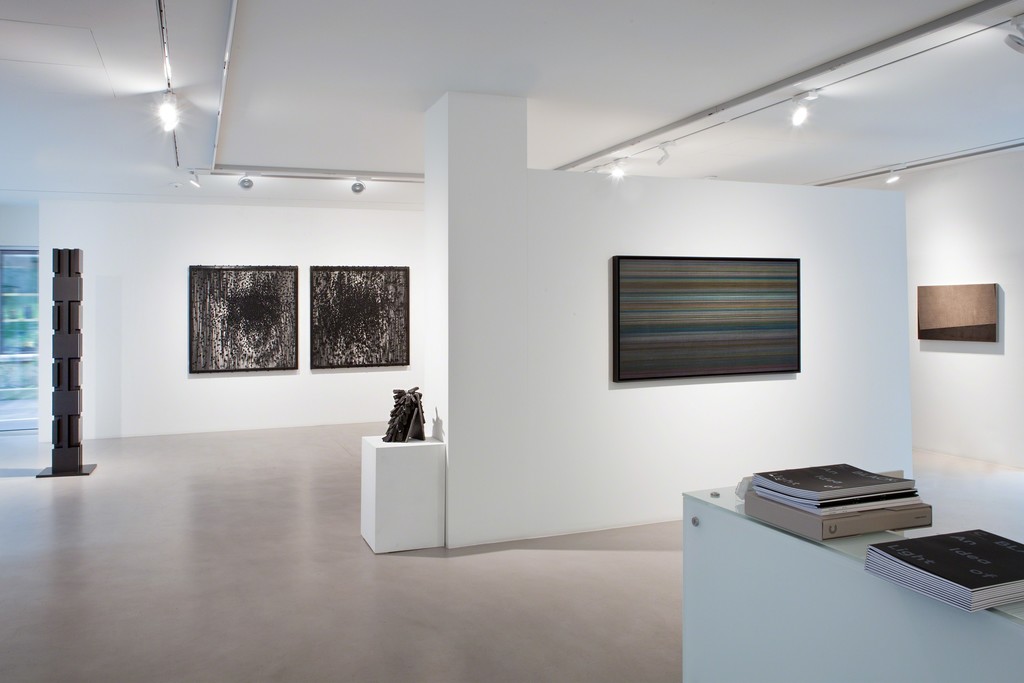 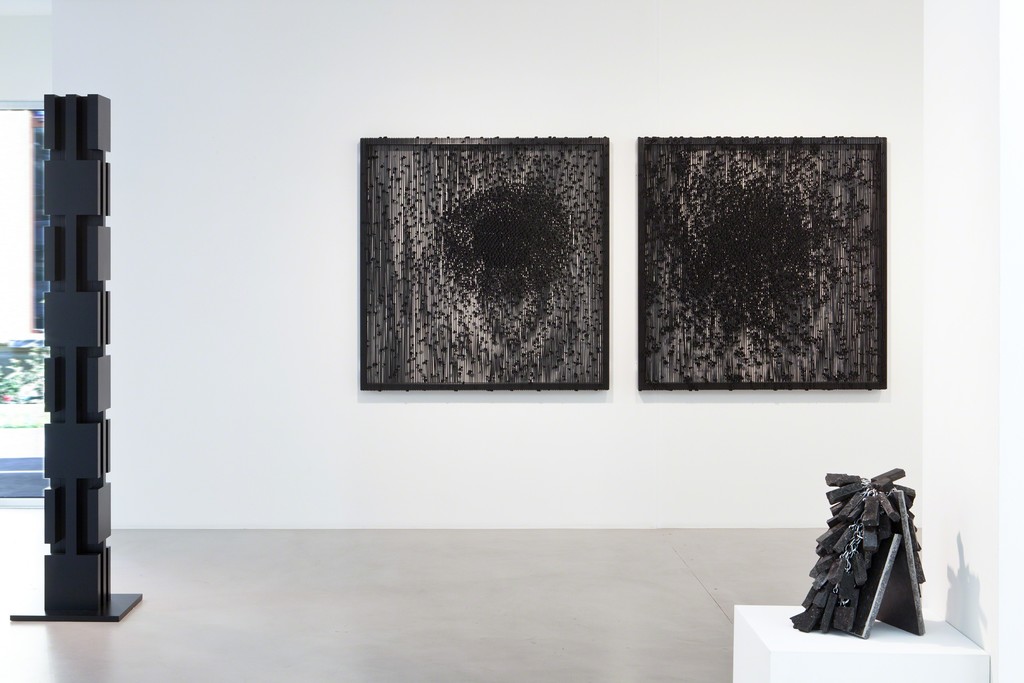 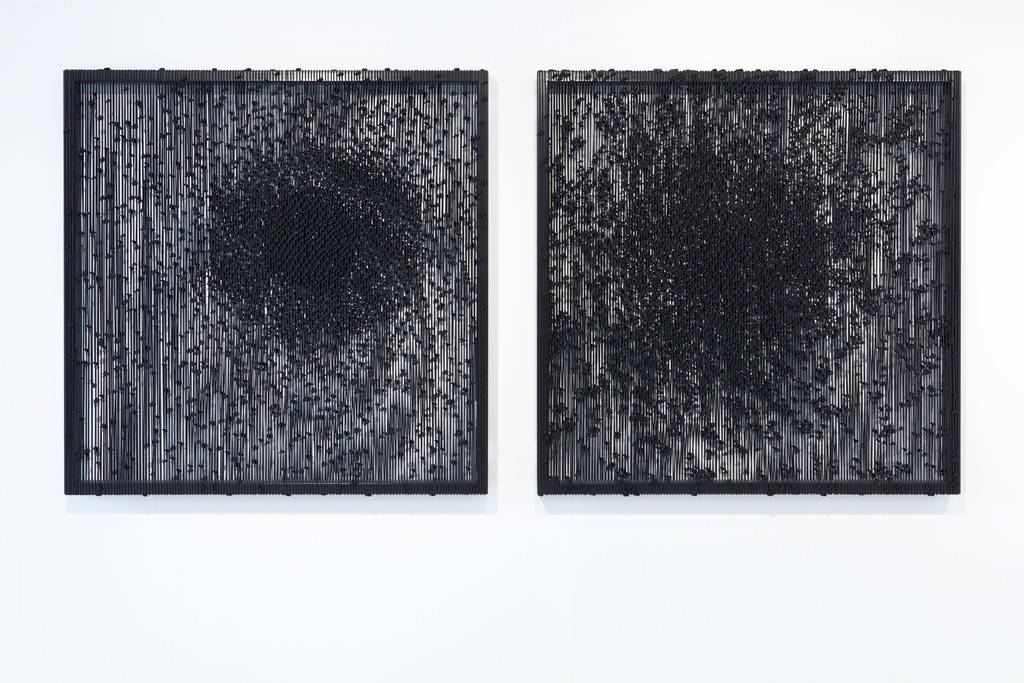 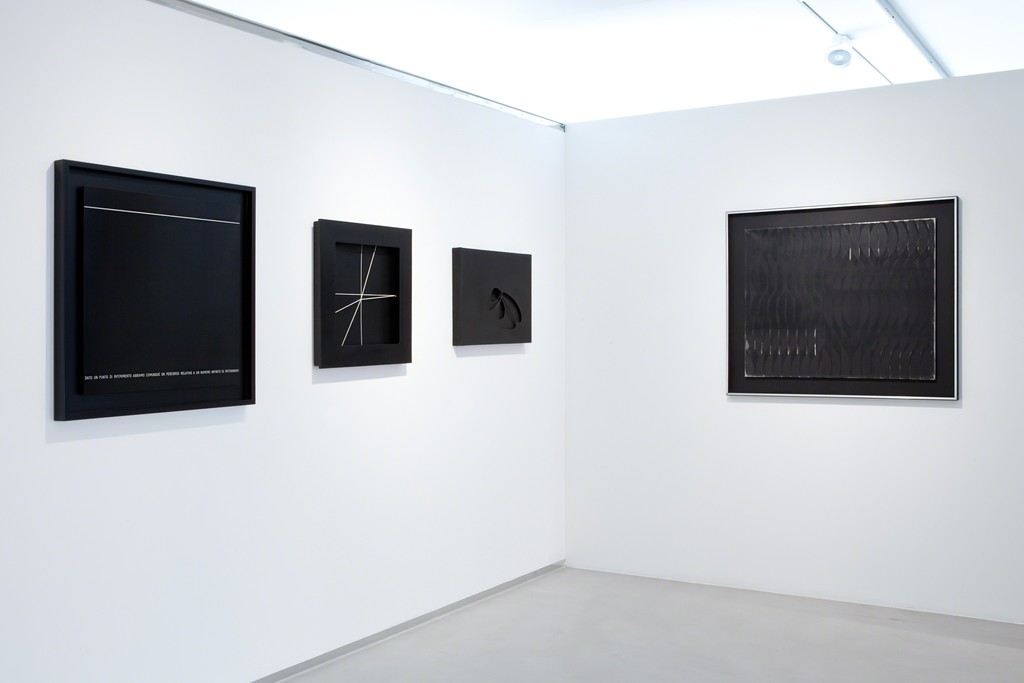 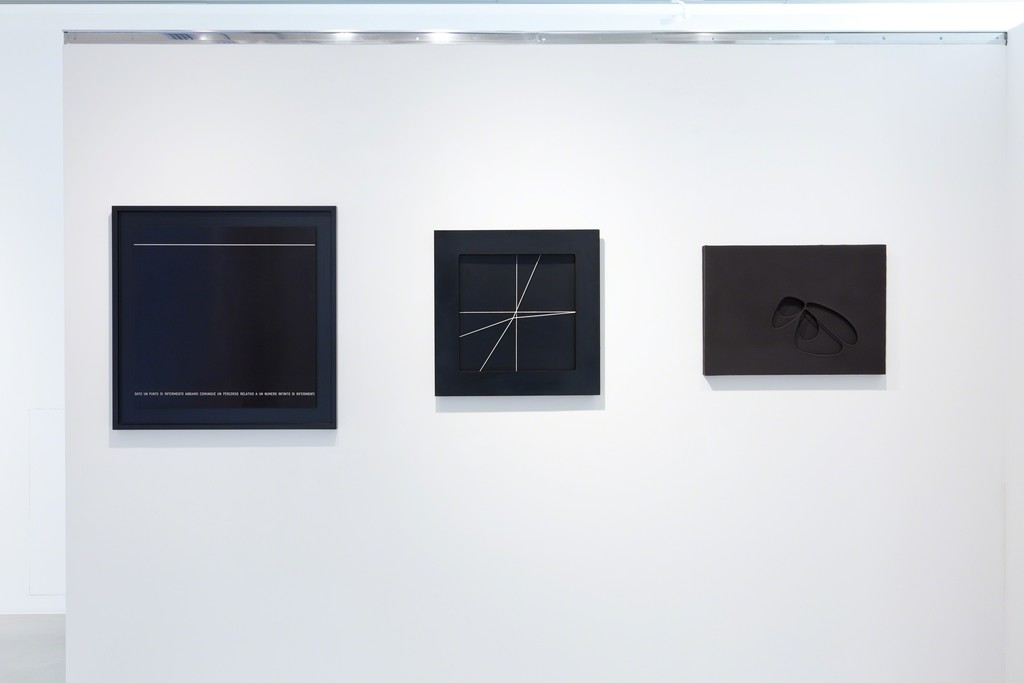 Cortesi Gallery is pleased to announce Black: An Idea of Light, a fascinating journey through some twenty works of art by artists of different generations, from the post-war period to the present, exploring each one’s motivations for choosing black as the commencement of the creative act, a cognitive point of departure for the renewal of painting and sculpture.

As Ilaria Bignotti writes: “Much has been written about monochrome even of late, sometimes in attempting to piece together and trace genealogies linking the early twentieth-century avant-garde movements and spatialism, sometimes to describe and distinguish various categories, with dexterous interpretations of scorchings and smokings, daring virtual or mechanical kinetic experiments, erasures and negations of the word and sign, overarching gestures and minimalist acts.” But it is white that often prevails in such investigations. What about black?

Black not as an erasure or negation, but as a different, dawning way of seeing and creating, a catalyst of light, color, form that are not yet there, but in black are latent.
Black that for Paolo Scheggi, Agostino Bonalumi, Gianni Colombo, Marcello Morandini, is a builder of space, conjurer of sensation.

Black which thickens, thins, is shouted or whispered in the works of François Morellet, Arthur Duff.
Black laid on in textured layers by Jason Martin, the black of burning, the black of dripping, clots of black matter, black objects and forms that reemerge for Otto Piene, Alberto Gianfreda, Francesca Pasquali; a luminous, almost dazzling black, striking as the words in the work of Vincenzo Agnetti, black that shifts through its potential colors, in the works of Walter Leblanc, Maurizio Donzelli, Tamas Jovanovics.

Black: An Idea of Light takes a fresh new look at the aesthetic facets of black, to “shed light” on what modern art can still tell our eyes, through a juxtaposition with contemporary art. A key to discovering unexpected values and messages both in historically established works, and in those of artists from our time.

The exhibition is accompanied by a catalogue published by Mousse.