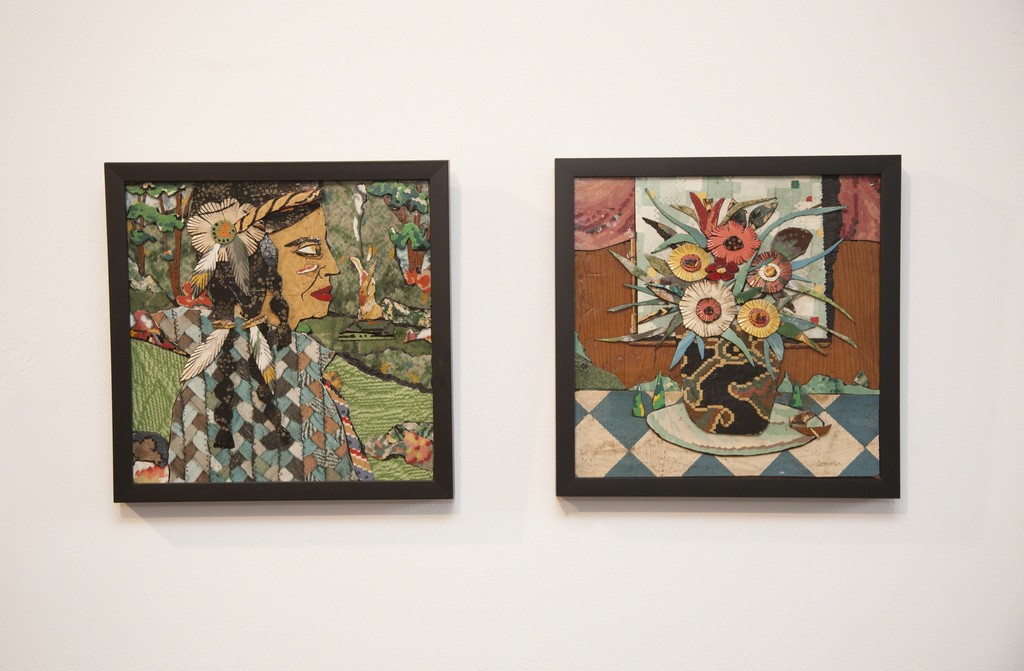 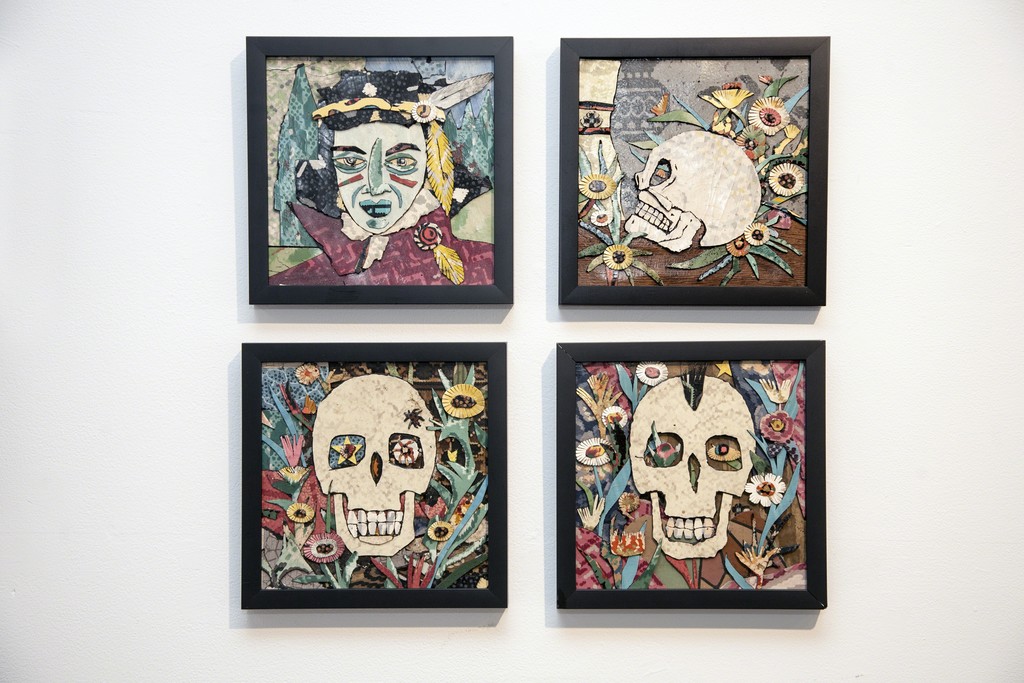 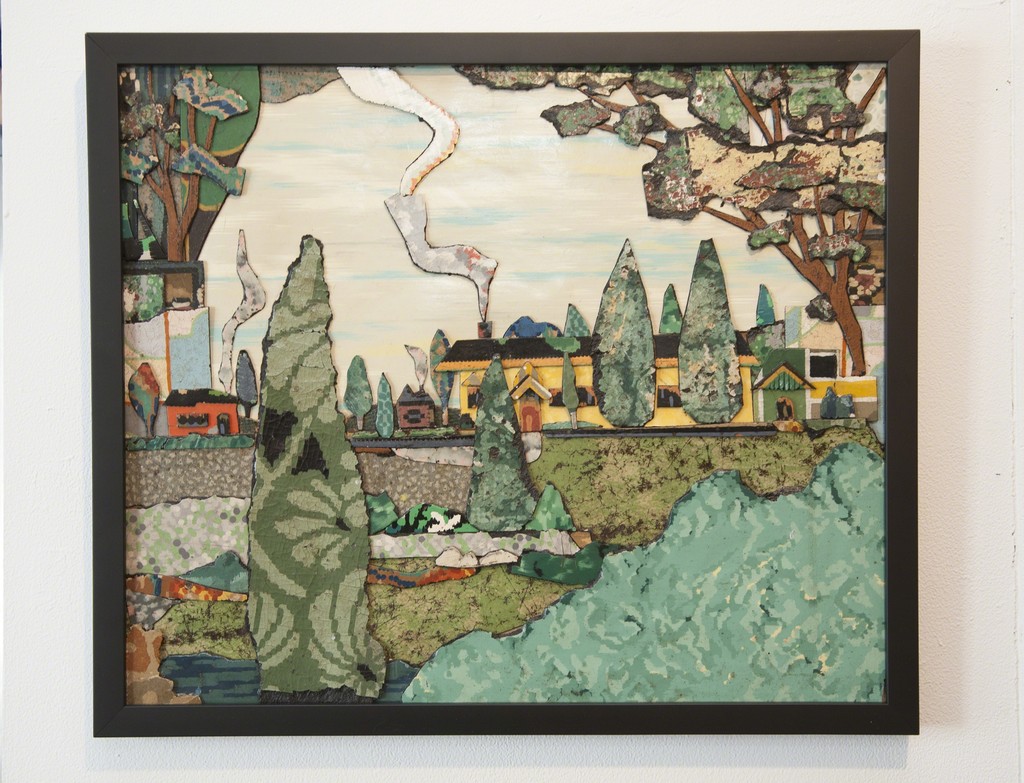 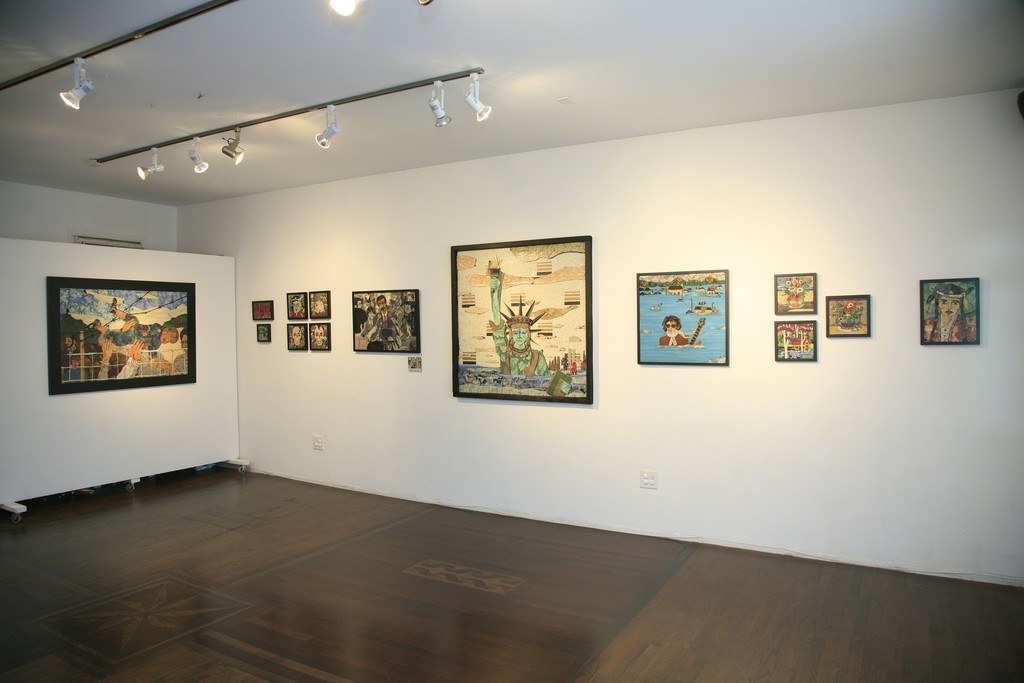 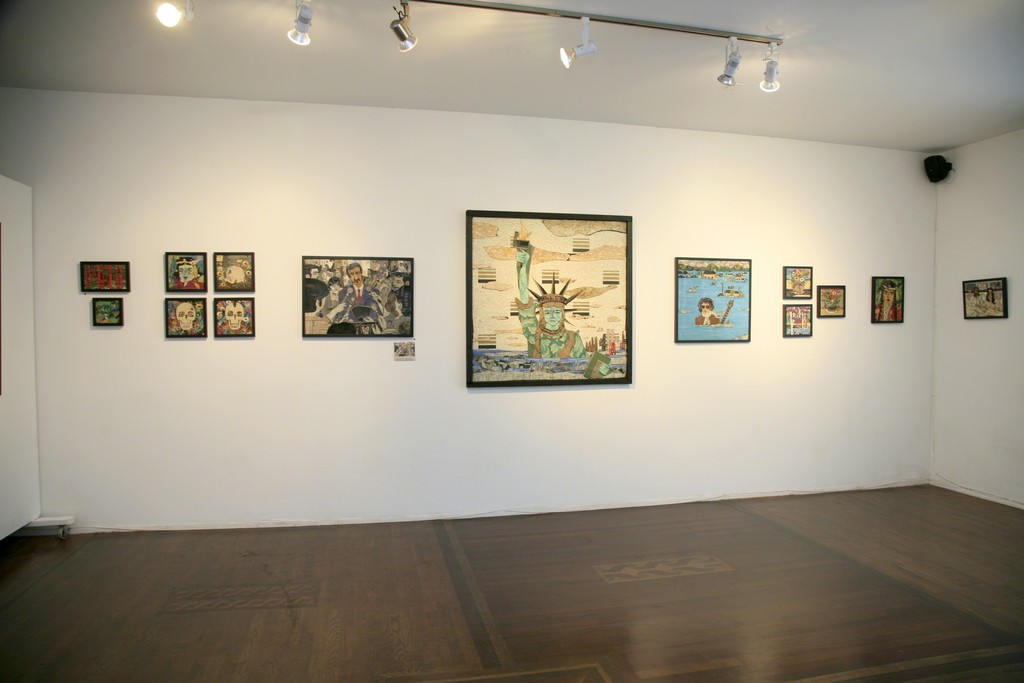 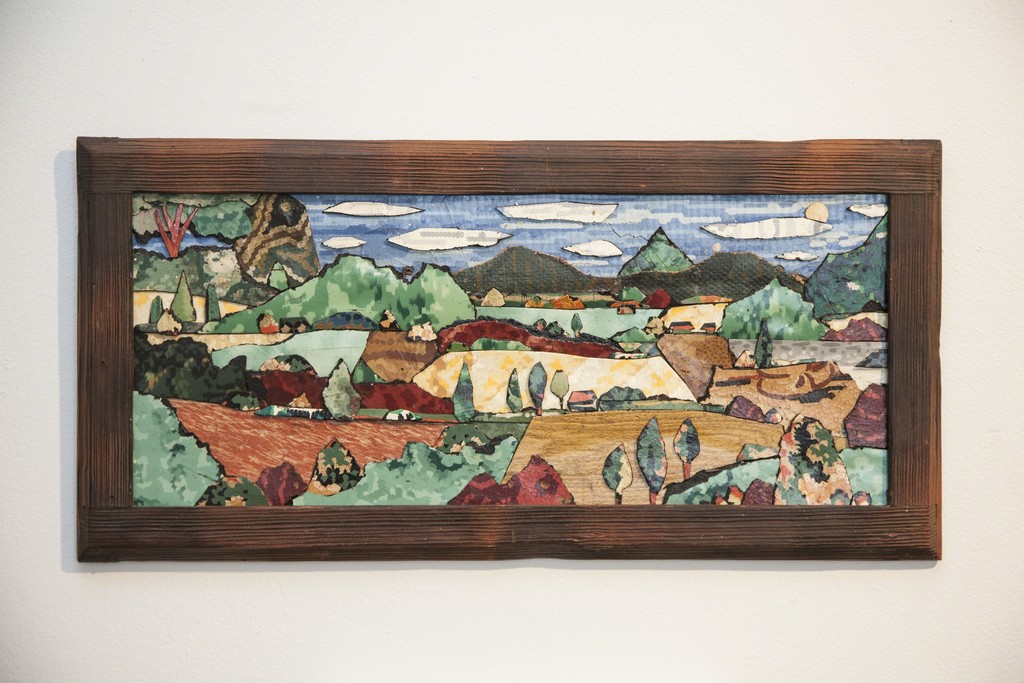 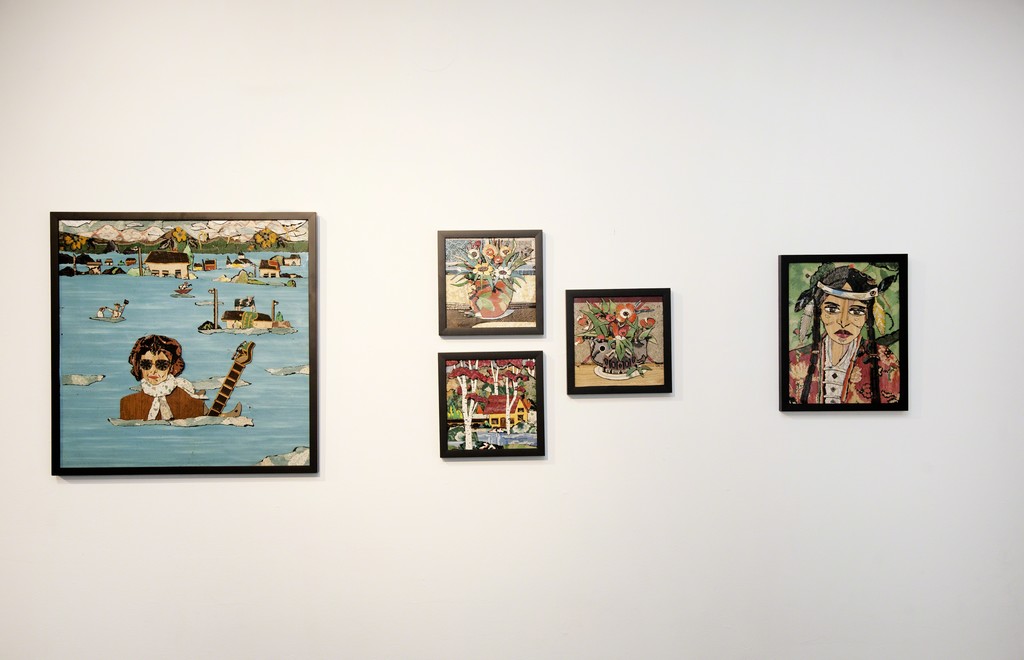 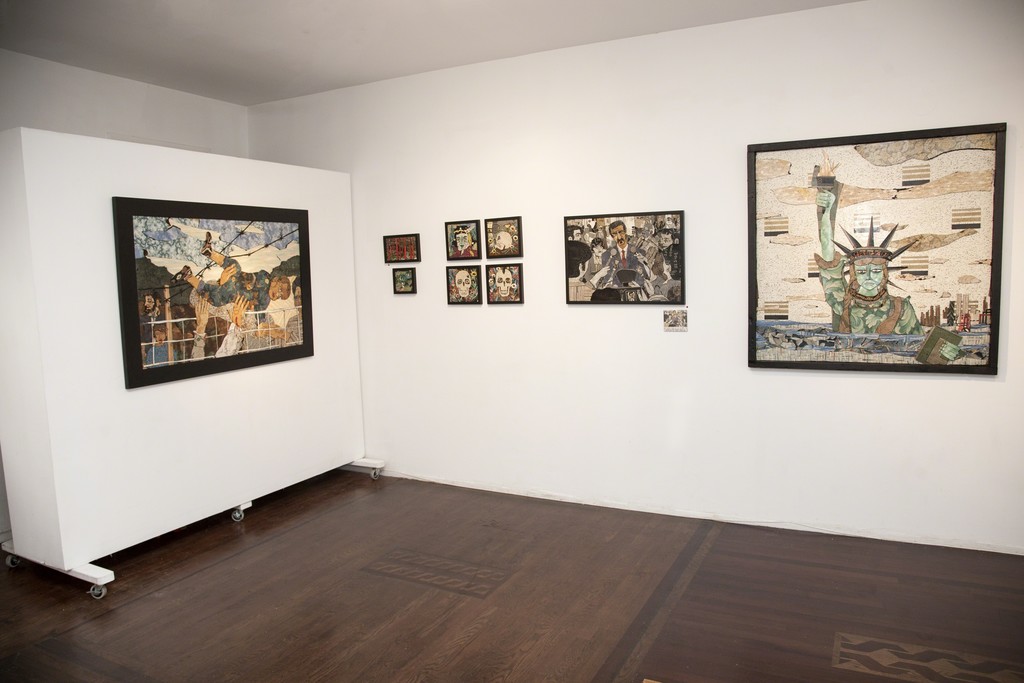 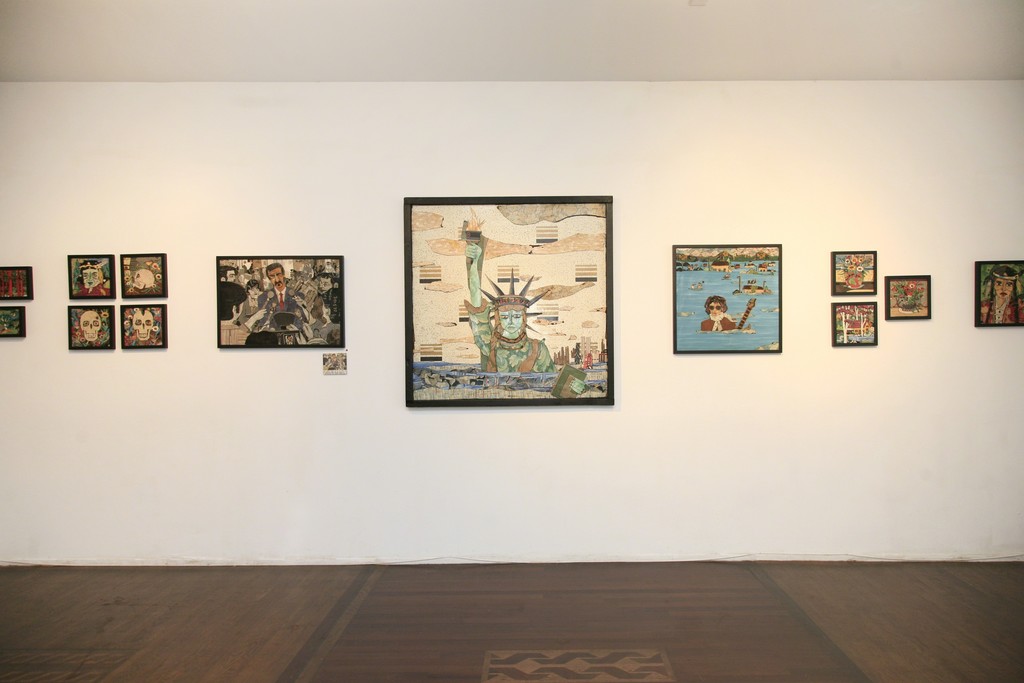 Bill Miller is a collage artist who has been using vintage linoleum flooring as his medium for almost 20 years, and currently lives in Pittsburgh PA. Linoleum was the ultimate interior medium, present in all aspects of 20th century life from Grandma’s kitchen to the corner drug store and neighborhood school. Miller’s innovative work is recognized for pictorial assemblages that rely only on the flooring’s found surface, with no added paint, to render his subjects. Miller’s images range from bucolic landscapes to surrealistic, fiercely political pieces that draw on iconic news and pop culture images that have informed society’s common memory. His unexpected use of familiar patterns taps into the medium's nostalgic qualities, imparting a sense of personal history and rediscovery within each piece.

Born 1962 in Cleveland, OH, Miller originally concentrated on painting and printmaking. He relocated to Pittsburgh where he was a founding member of the Industrial Arts Co-op, which sought a collective artistic response to the devastating impact of decaying industrial infrastructure on surrounding communities. Together they constructed immense sculptures inside abandoned industrial buildings from materials found on-site. While scavenging, Miller was drawn to scraps of vintage linoleum, and compulsively began collecting what was to become his new pallet and principle medium for almost 20 years.