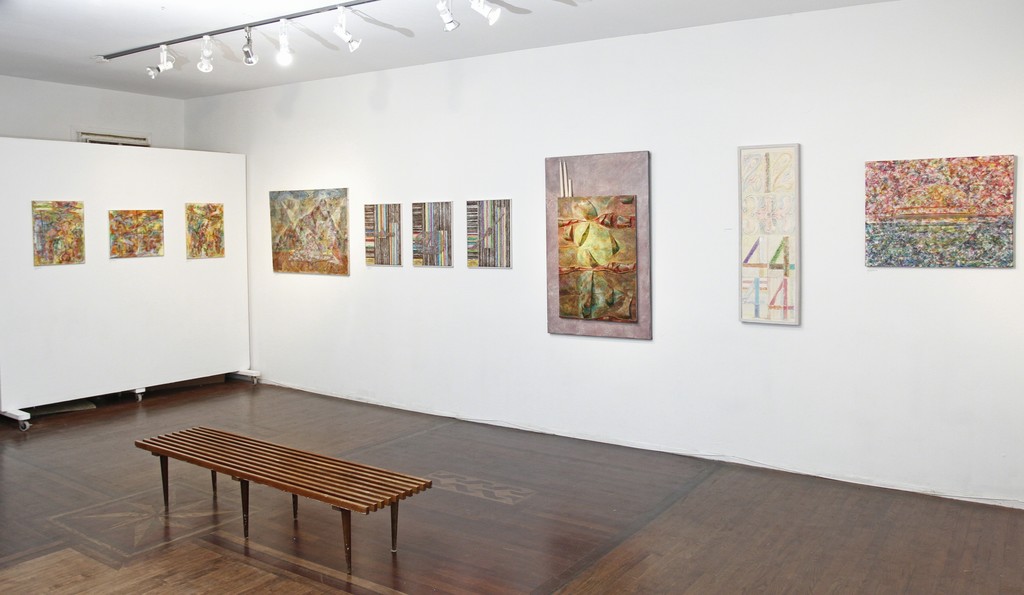 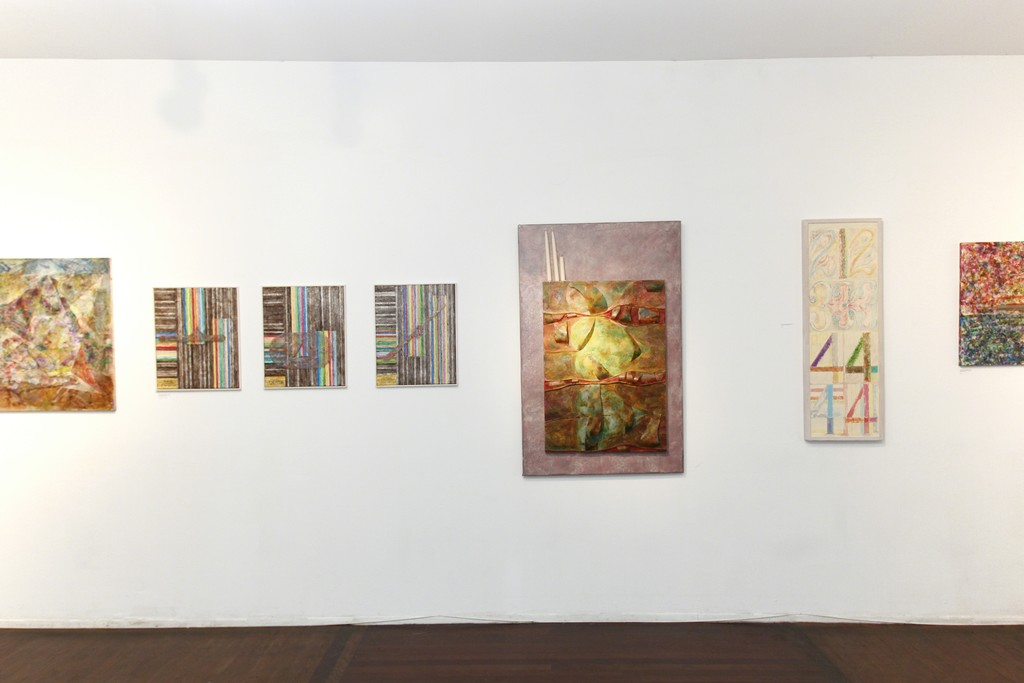 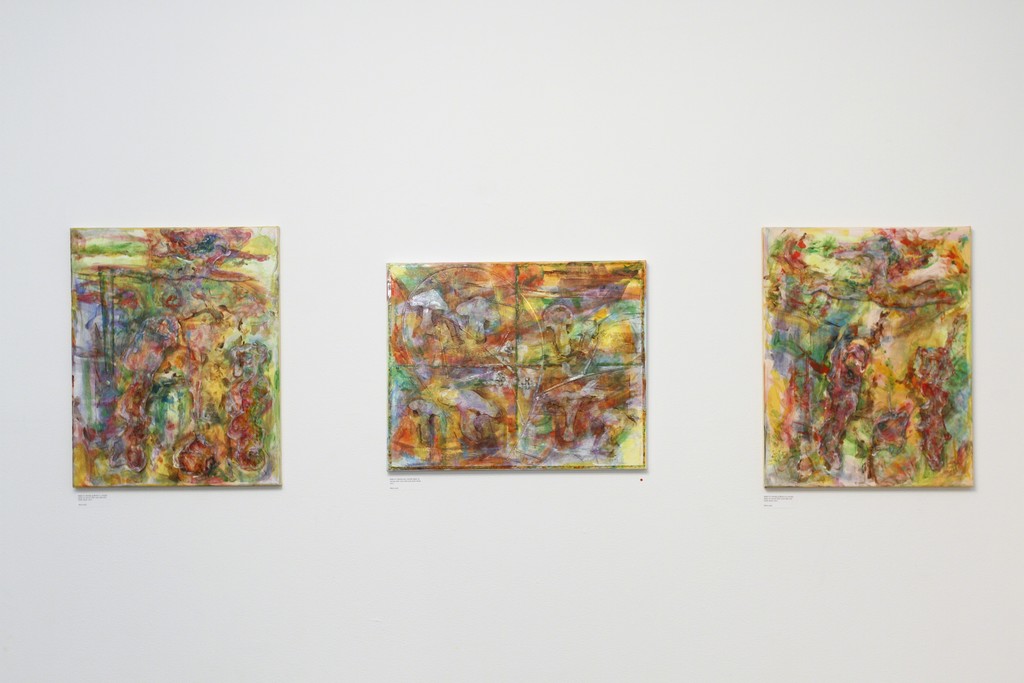 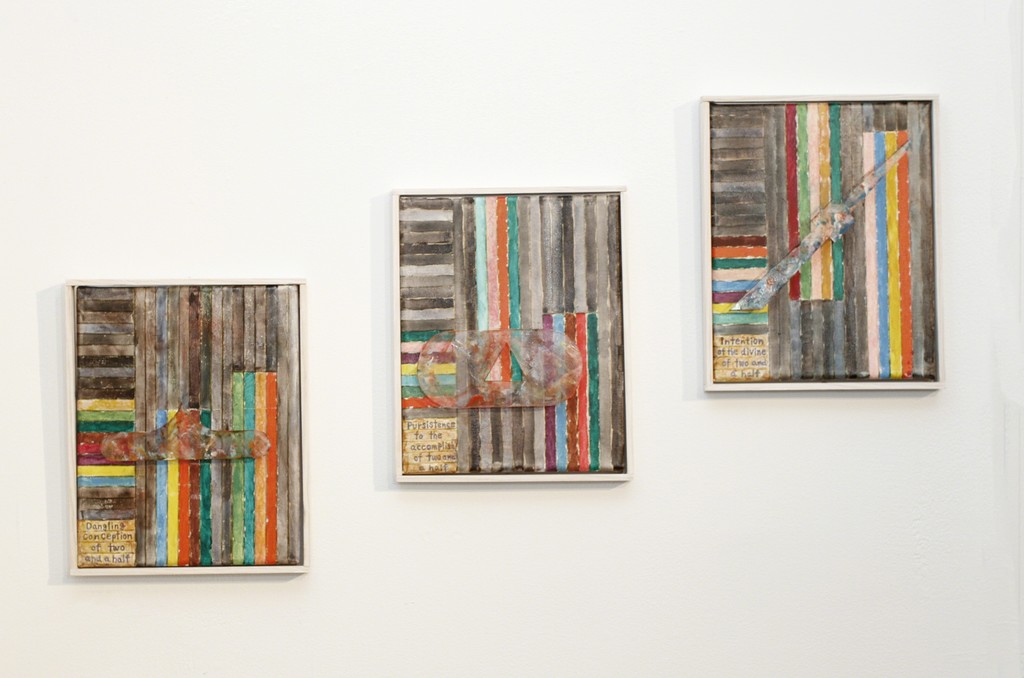 As a moving belt-like line finds one direction, a shape floats up like a cell division. It reveals its body and another direction is initiated. The images flow from the simple form of the numeral 2. To the Westerner, words and images remain visually and physically neutral. For the Asian, words are images. Thus, Mr. Ui creates from one image a greater and more profound image through his art. "For me," he says, "signs like 2 or 7 demonstrate embodiment and 3 or 5 are seductive. They actually exist as wind exists. They can also be accepted as routine, everyday objects, like the plastics I often use."

Derived from these numbers, the shapes of lines and strings flow and float up and reveal their bodies as bananas, slippers, chairs and others, and these shapes can develop into sets such as two and a half. This is the inspiration behind works such as "2 and a half bananas after 2 and a half weeks."

Two and a half is an especially important concept for Mr. Ui because it exists between 2 and 3 and is half of 5. The number 2 symbolizes Dualism and Yin and Yang method. The Holy Trinity and thesis-antithesis-synthesis cycle are represented by the number 3. Currently, Mr. Ui has been developing a series based on the concept of "half of 5."

Mr. Ui moved to the United States in 1977 in order to come face to face with the world's most powerful and expressive works. Collectively, through his study and experience, Mr. Ui believes his method of layering texture leads the viewer into a sensation of touching the wind or seeing sunlight filter through trees. In college, the study of aesthetics and the literary arts introduced him to Heidegger, Sartre, Merleau-Ponty and Derrida. These philosophers urged him to think intuitively, then more sensuously, and influenced how he approached the philosophy of his homeland: Zen and Nishida Kitaro. Also, his primary education included a strong emphasis on Catholicism.

Since the content of Mr. Ui's works explore the concept of symbiotic and mutual relationships, it is only natural that this message extends to the works' relationship with viewers as well. They allow the viewer to explore these relationships and then encourage a response. He emphasizes this process throughout the entire creative process and says that "the idea of symbiotic relationships is everything."