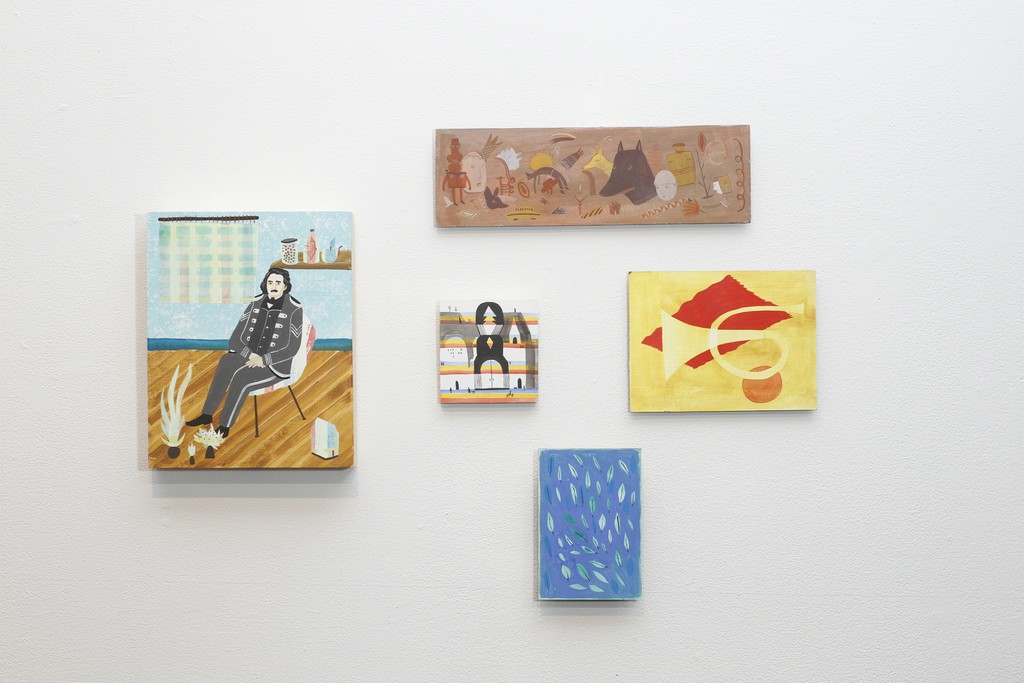 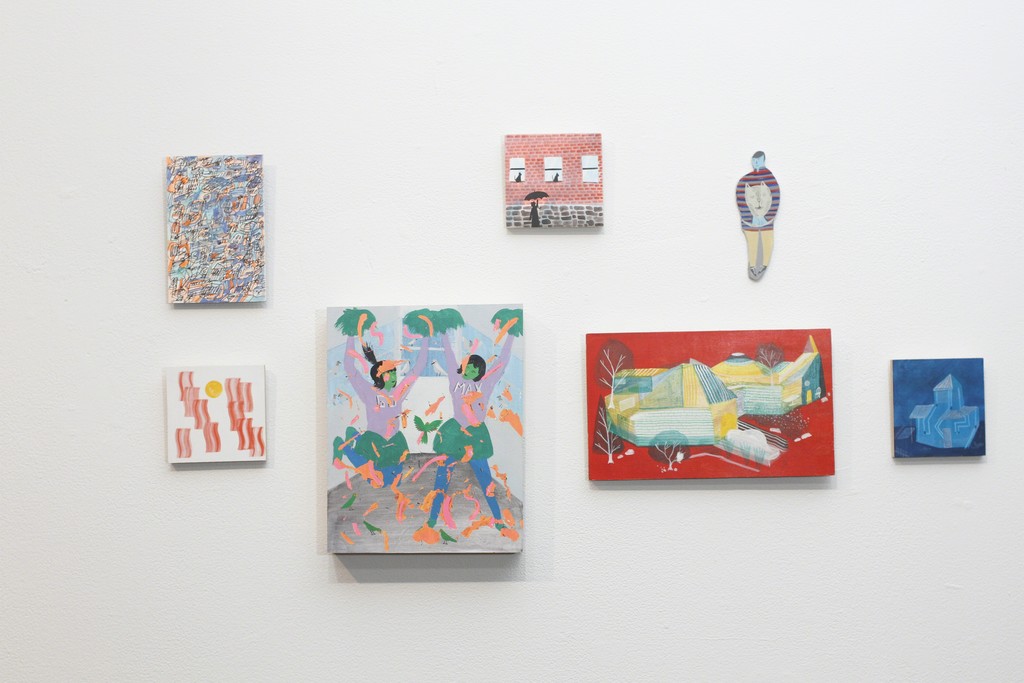 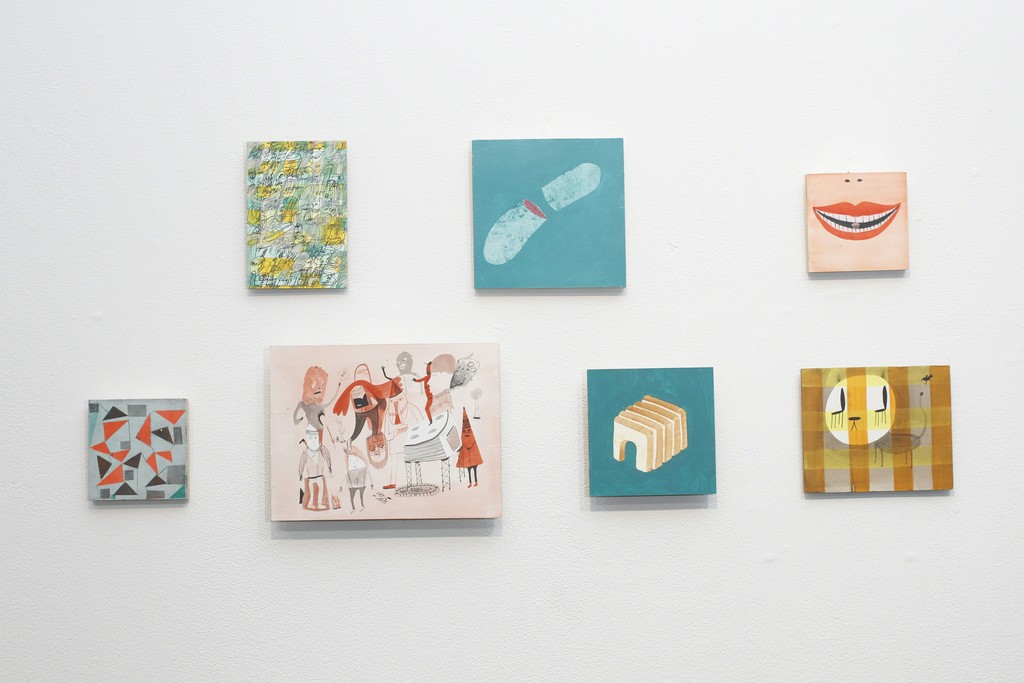 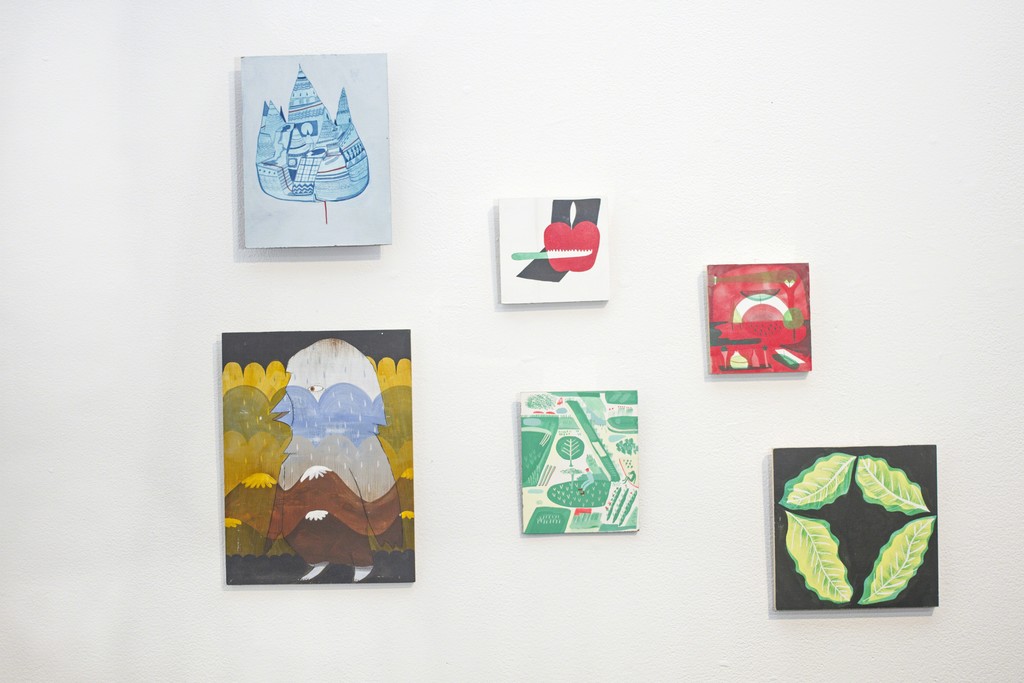 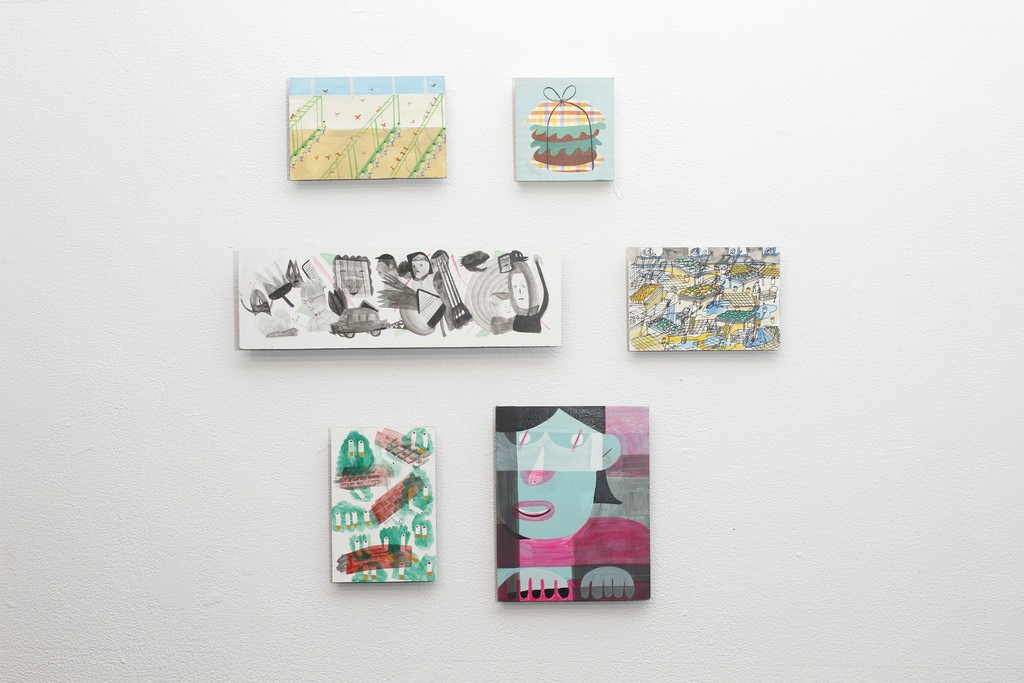 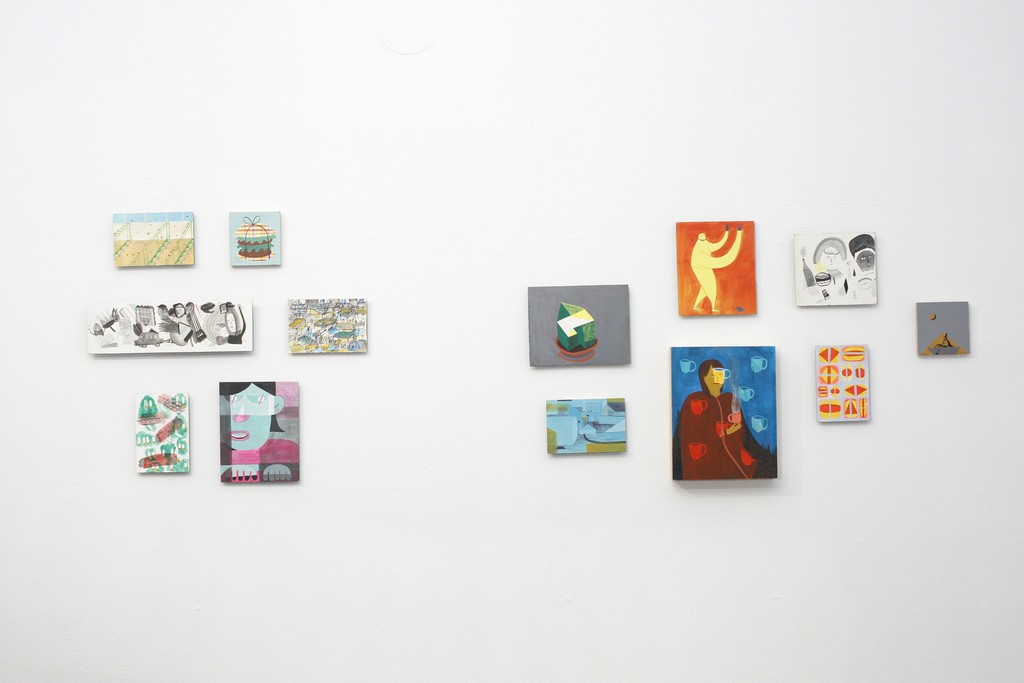 Court Tree Gallery proudly presents Desert Desserts a ten year collection of work from the New Mexico based duo Sandra Wang and Crockett Bodelson aka SCUBA. SCUBA's work has captivated audiences both domestically and abroad since the collaboration began back in San Francisco in the 2007. During this period they created thousands of miniature paintings and began assembling them side-by-side, into wall installations called continents. They have worked in a variety of mediums while creating an abundance of work. All with the greatest amount of ambition from a two person collaborative team.

In 2014, their solo exhibition ICEPPOP at the Center of Contemporary Arts in Santa Fe received critical acclaim and propelled them into the forefront of the emerging New Mexico art scene. The highlight of the exhibition was a solar-powered and biodiesel-capable mobile gallery titled ICESHELF. Made from a fourteen-foot box truck, painted white with igloo accents. It’s imaginative concept captivated national and international press. ICESHELF arrived in Brooklyn in 2015 during their Smile Tour, a mobile gallery tour from New Mexico to New York. It eventually landed on Brooklyn’s notorious Bedford Avenue where it housed numerous SCUBA Pop Ups.

It would be too easy to classify SCUBA’s work as being hip, because it is. However, it is never overtly in your face and it never begs for the viewer’s attention. It has the charm of being well read and knowledgeable of all things, but never looks down upon. Often humorous in the most polite of ways. These collaborative creations are at the highest level of creativity and craftsmanship. They are both scholars and engineers in the art of making handmade conceptual artwork. They continue to create, curate and teach in Santa Fe, New Mexico.

Desert Desserts is a collection of over 50 miniature paintings from 2008 to 2018. This body of work demonstrates the in-depth narrative of SCUBA. From food envy to dreamscapes, from portraits of third person characters in Beatles songs to graphic intellectual doodles. Desert Desserts will be exhibited in the classic SCUBA Pop Up aesthetic. Four Pop Ups every Saturday from Sept 15th to Oct 6th. This is SCUBA’s second solo show at Court Tree Gallery.

SCUBA is Sandra Wang and Crockett Bodelson, collaborative artists from Santa Fe,
NM. The duo met in San Francisco in 2007 and started sharing their visual ideas over a
collaboration of hundreds of miniature paintings. As this body of work grew into the
thousands, they began assembling the paintings, side-by-side, into wall installations called continents. In current works, they continue to explore creative collaborations as a
construction process that embodies individual elements within a cooperatively defined
composition. In 2011, they moved to Santa Fe, NM and ran Caldera Gallery for one year.
During this time, SCUBA curated nine exhibitions and hosted community events that
included web-casted lectures, music performances, movie screenings, readings, a telegram service and art hunts. Since then, their collaboration has included other local collectives such as Meow Wolf and Strangers Collective. Most recently, they co-curated a group show with Strangers called Dispatch, a monumental map of the Santa Fe art world as seen by 96 artists. They re-opened Caldera Gallery in 2016.