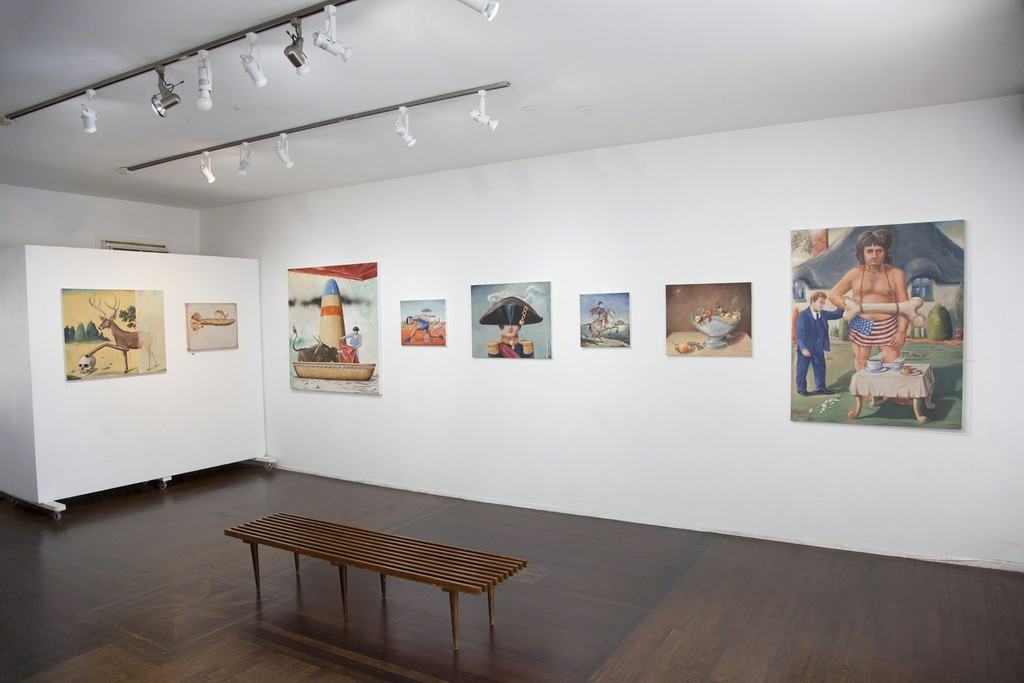 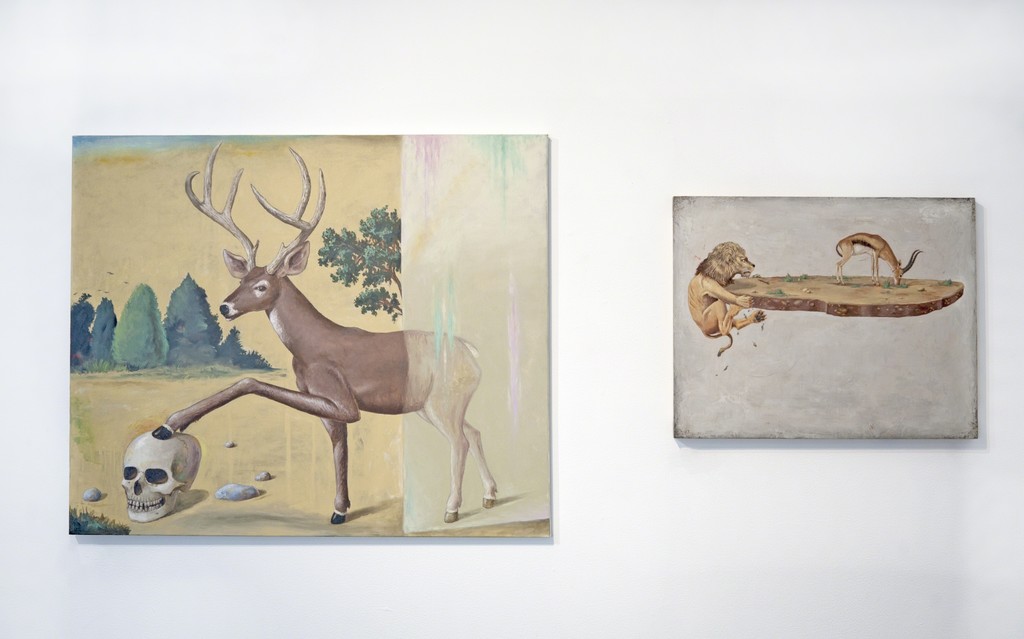 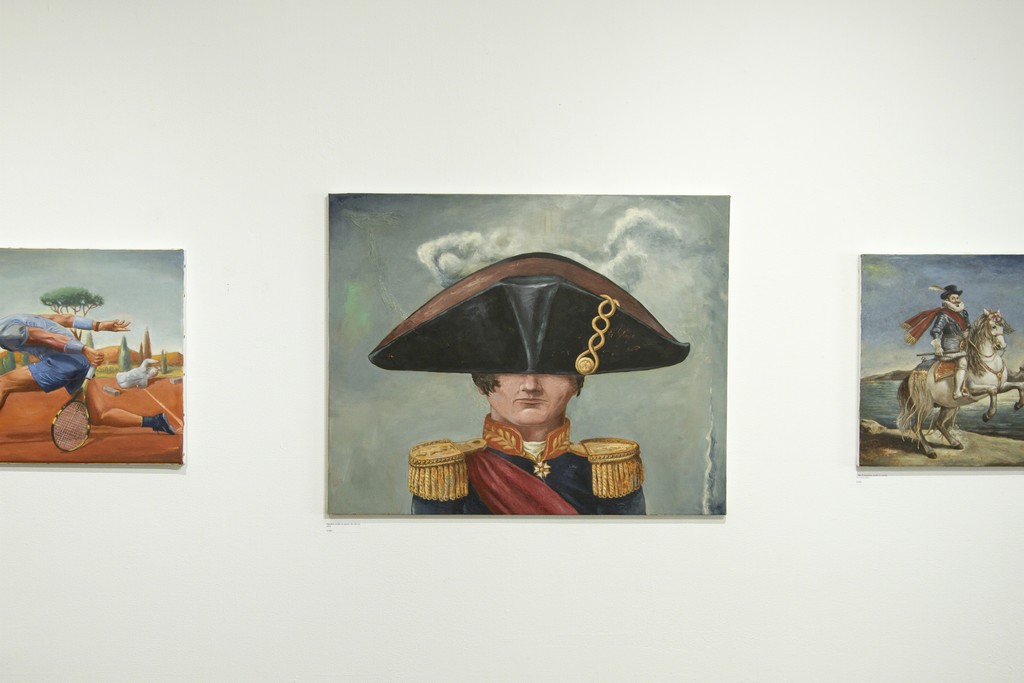 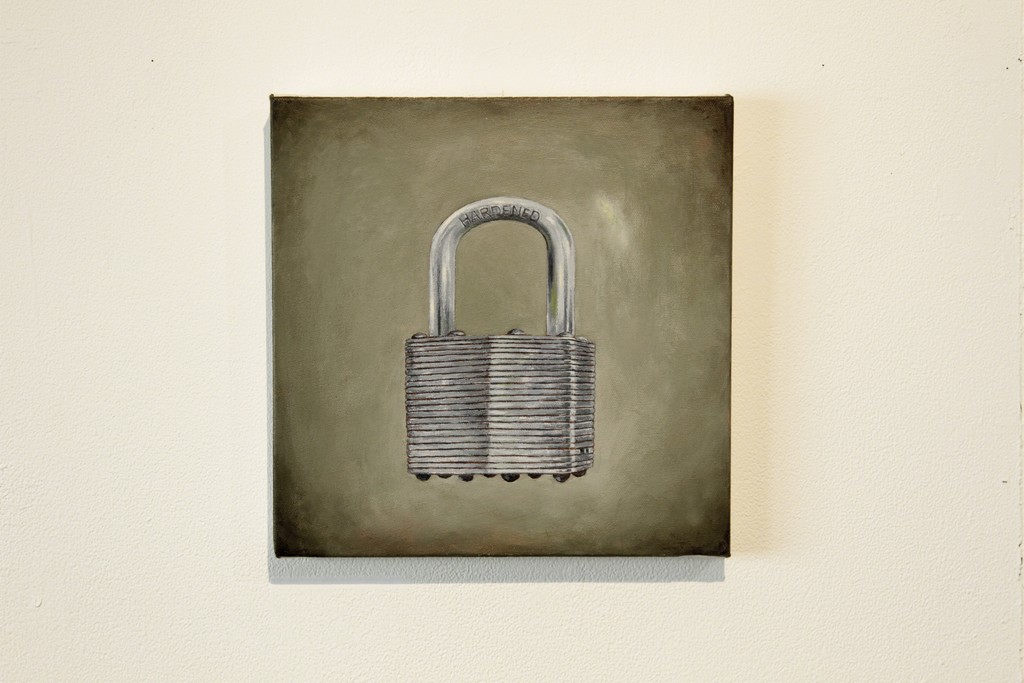 Court Tree Gallery proudly presents Goya in Tijuana a collection of paintings by Brooklyn based artist Tony Geiger. The world Tony creates encompasses both classical surrealism and modern contemporary concerns. Conflict is usually present. These mischievous juxtapositions are attempting to make statements on the human condition, either politically, physically or spiritually. The use of brooding muted colors is designed to heighten their emotional impact. The paintings themselves are rendered in a somewhat realistic style with acute detail. They could easily be dated to earlier times save for subtle clues like a touch of spray paint here or an abstract gesture there. In the end, Tony wants the viewer to be challenged and amused by this mixture of the macabre and the playful. The subject of his paintings are thought provoking and at times discuss controversial issues such as war and consumerism. However, Geiger takes these subjects and paints a scene unique to his style and imagination. As in folklore, he often uses animals to stand in for humans to create a useful distance between the viewer and the story he is trying to tell.⠀

A graduate of the School of Visual Arts and a longtime NYC resident. He has exhibited his work both domestically and internationally. Tony lives in Carroll Gardens, Brooklyn. This is his first show with Court Tree Gallery.