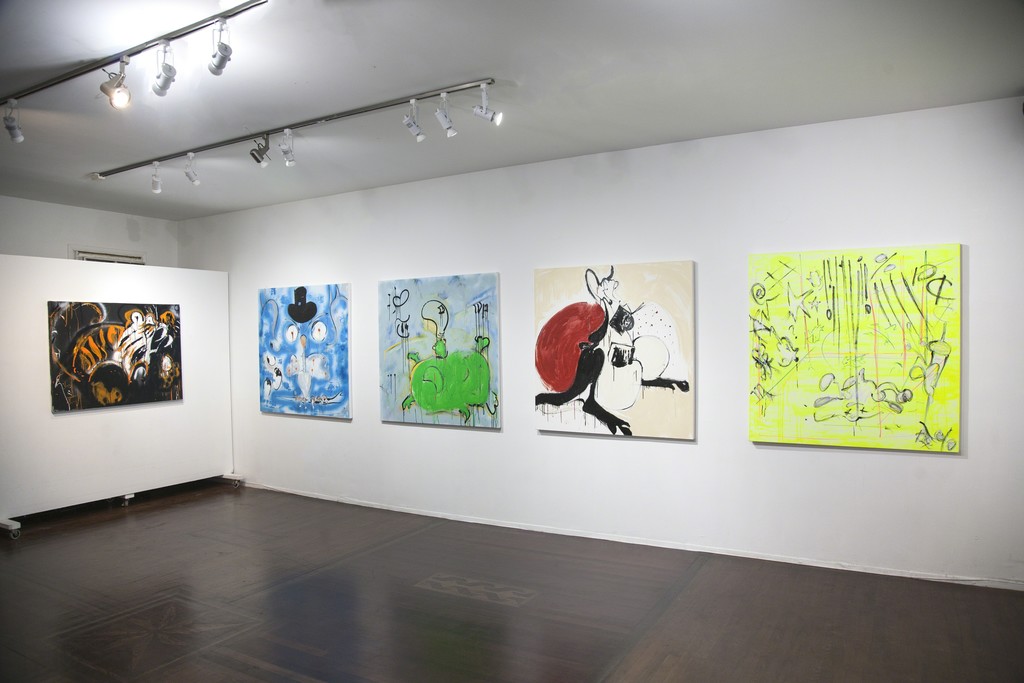 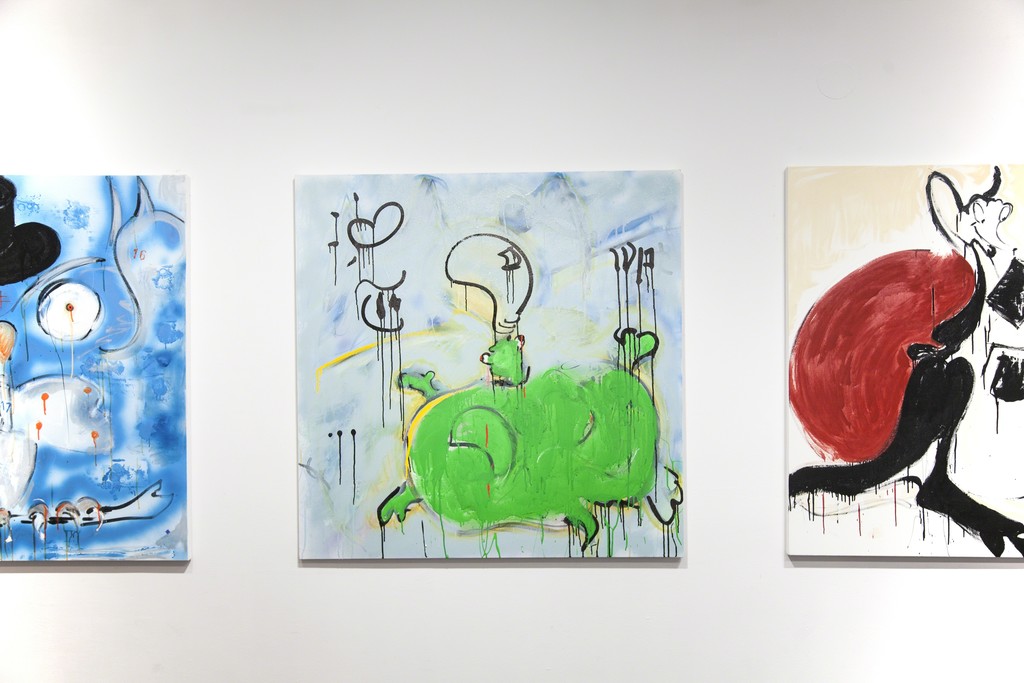 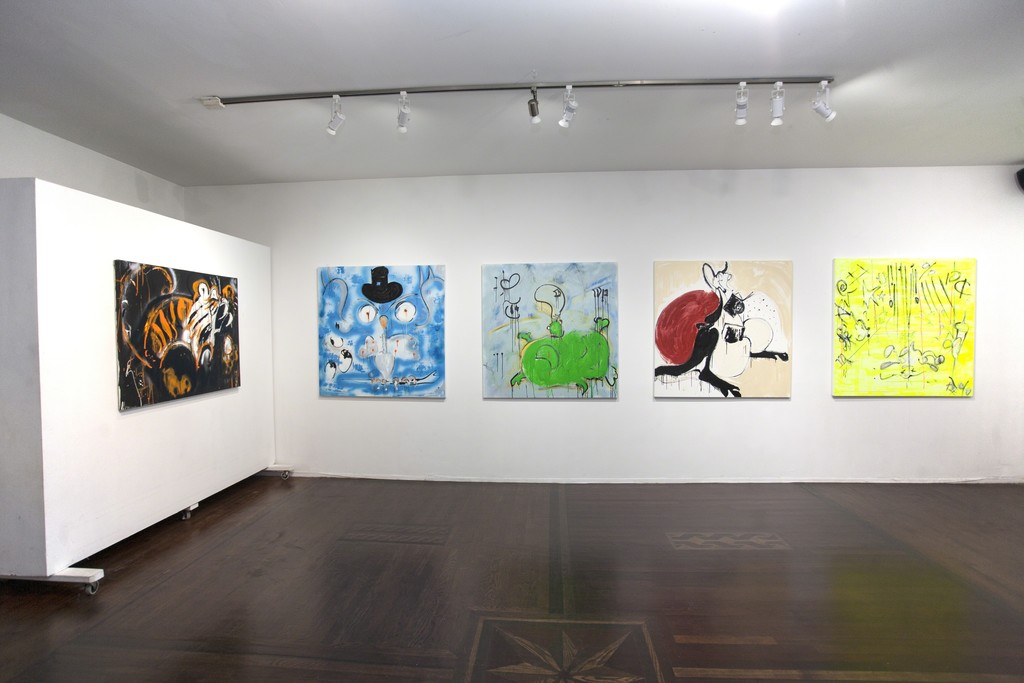 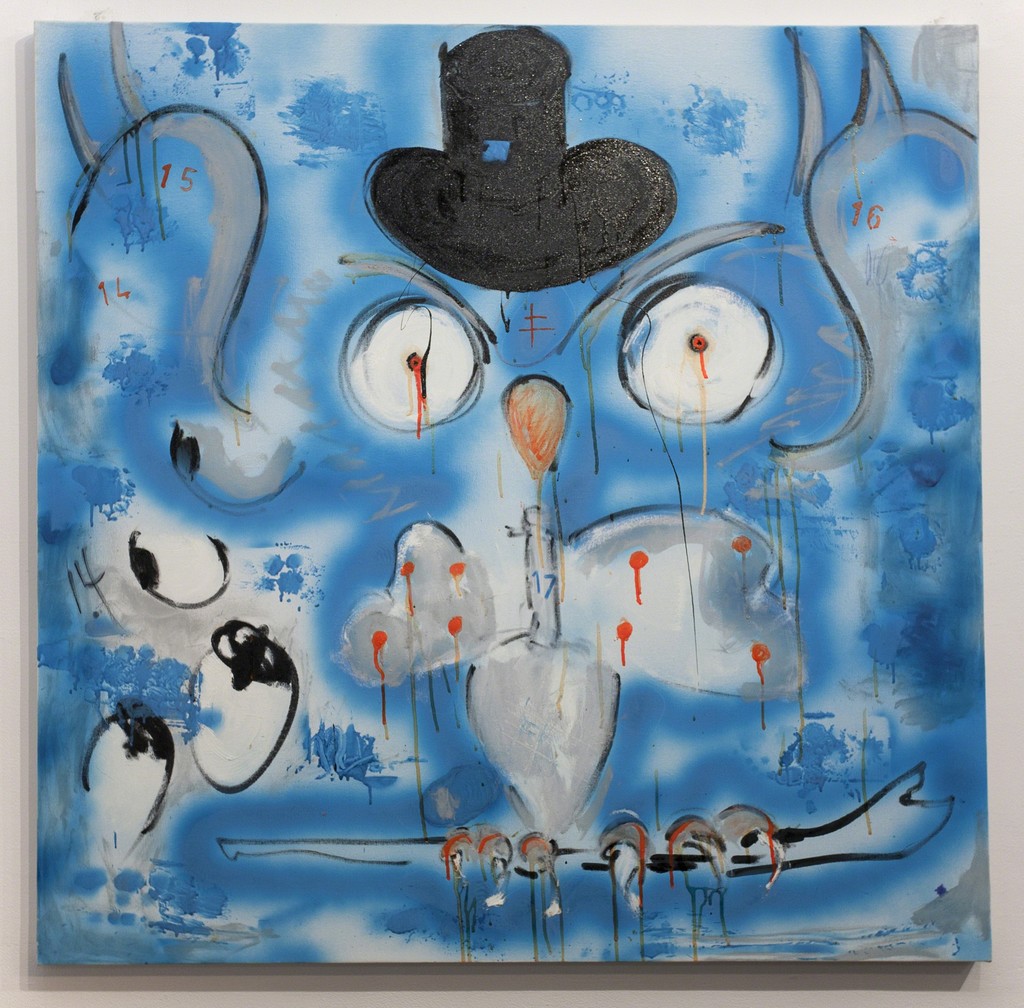 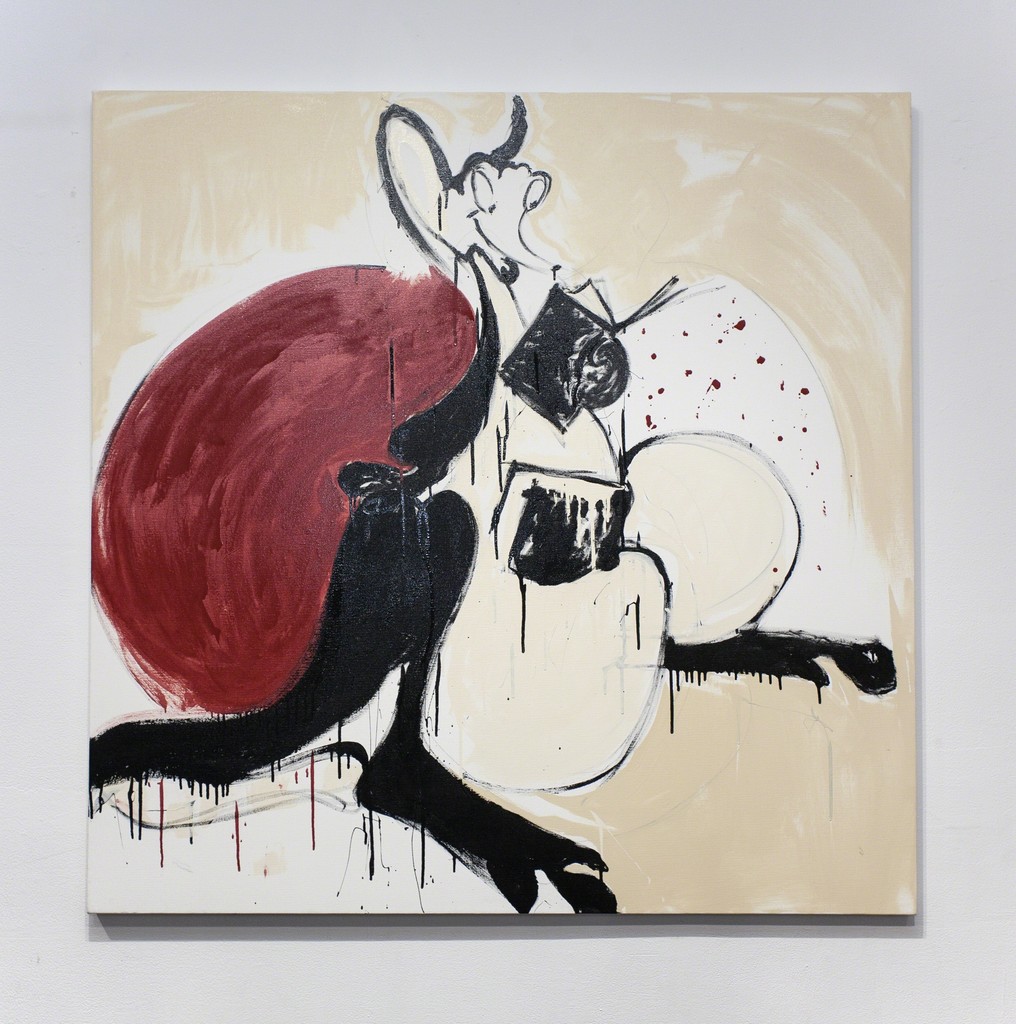 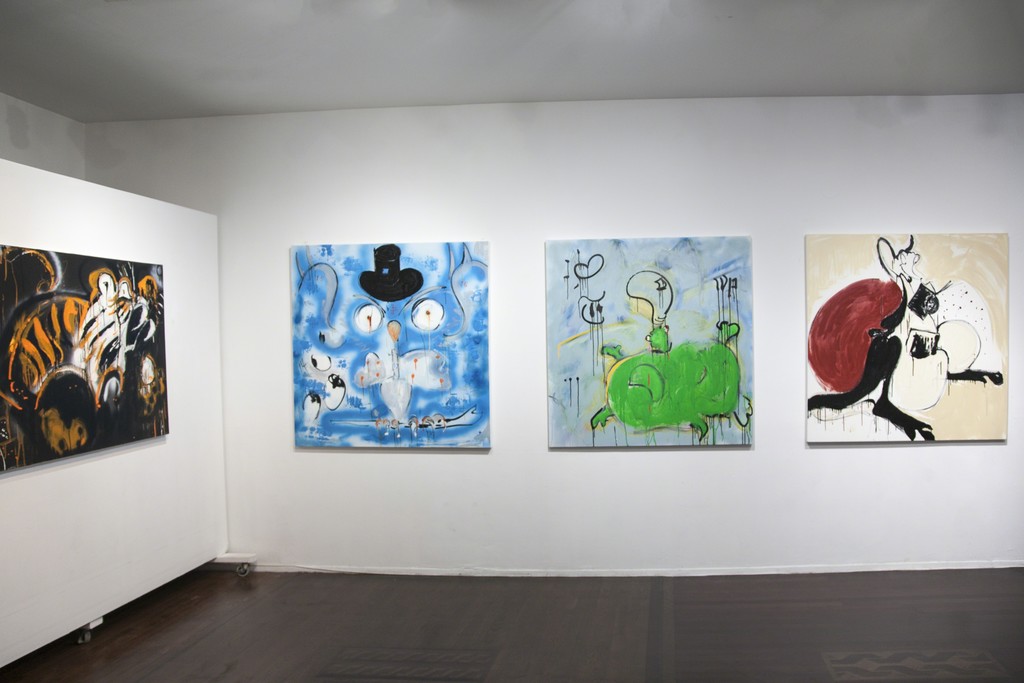 Court Tree Gallery proudly presents Sympathy for the Future a collection of paintings by Marcy Brafman. Brafman a native New Yorker is inspired by childhood icons, pop culture and the decay of the great American picture and advertising campaigns. Having spent years working in television as an art director her vision as an artist is often consumed with the deconstruction of these messages. Her work turns over the normality of how these images were intended to be seen. Just as an advertisement is force fed upon us Brafman’s paintings thrust themselves upon the viewer. While most art in advertisements are thoroughly thought out, organized, and deliberate, Brafman’s work is spontaneous and unrehearsed, again an intriguing contradiction to the campaigns she pays homage to. Light-hearted characters such as Gertrude the Kangaroo from Pocket Books and Bucky from the Ipana toothpaste campaign are given a dark and edgy twist. Her paintings are aggressive, rebellious and filled with angst. Yet there is great care and devotion to her subjects. The paint is splattered, dripped and often sprayed. Long lines exaggerate from beginning to end. Perhaps science plays a role in some of this. As we can see the initial impact the subjects enter her membrane. The explosion is real and lasting. Just as they were intended to be in the first place. Brafman takes this moment at its most literal sense. As Marshall McLuhan famously said “All media affects us completely.” The memory of her work is her way of navigating the media landscape. Similar to archaeology of archetypes in the electronic subconscious. Lasting memories are fleeting in today’s fast paced and over saturated multi media driven universe. As this multimedia universe is well upon us, Brafman plans to pay homage to the timeless.

Please join us on Saturday, Jan. 12th, 3pm -6pm for the opening reception.

Marcy Brafman is a painter who lives and works in NYC in a second story studio overlooking the scenic Holland Tunnel. She describes her works as, “oracles and vectors of the miraculous and the terrible.” Her work emulates imagery of icons and indicators in the media, and everyday life. The spontaneity and style of her work stems from inspirations from painters such as Jackson Pollock and John Singer Sargent, while also using influences from comic strips, cartoons, and rock n roll. Marcy is a native of Brooklyn, NY. She studied Fine Arts at Bard College.