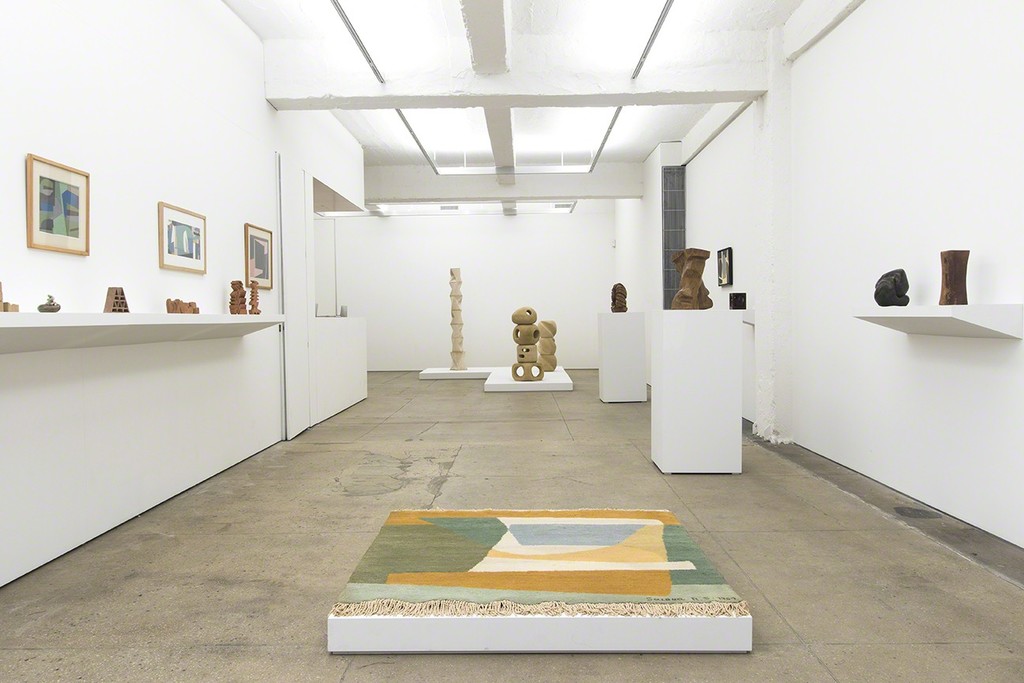 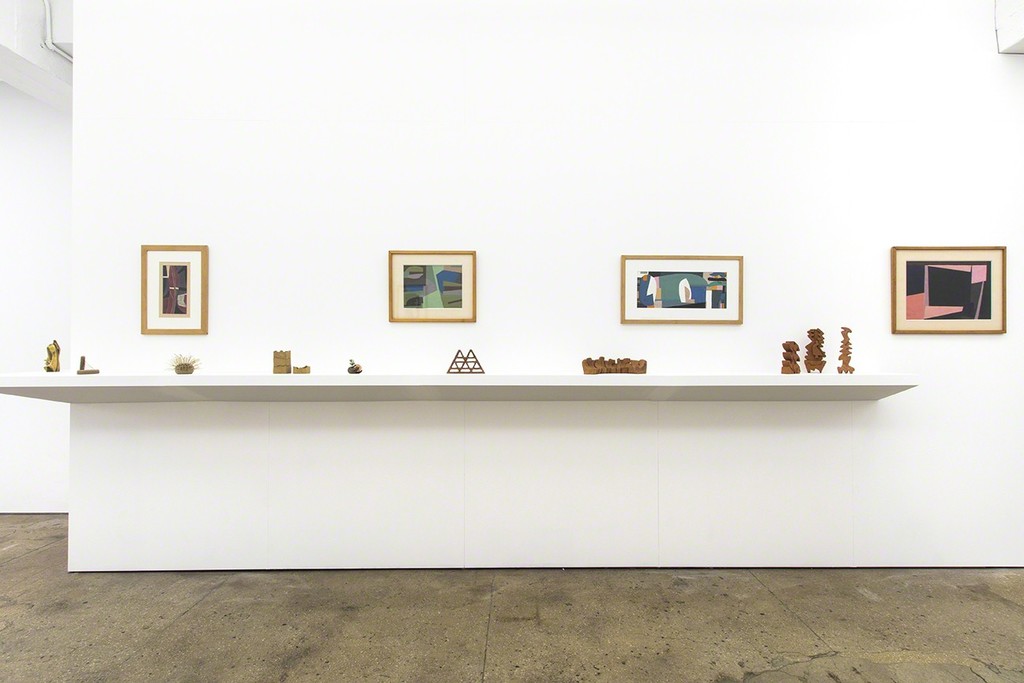 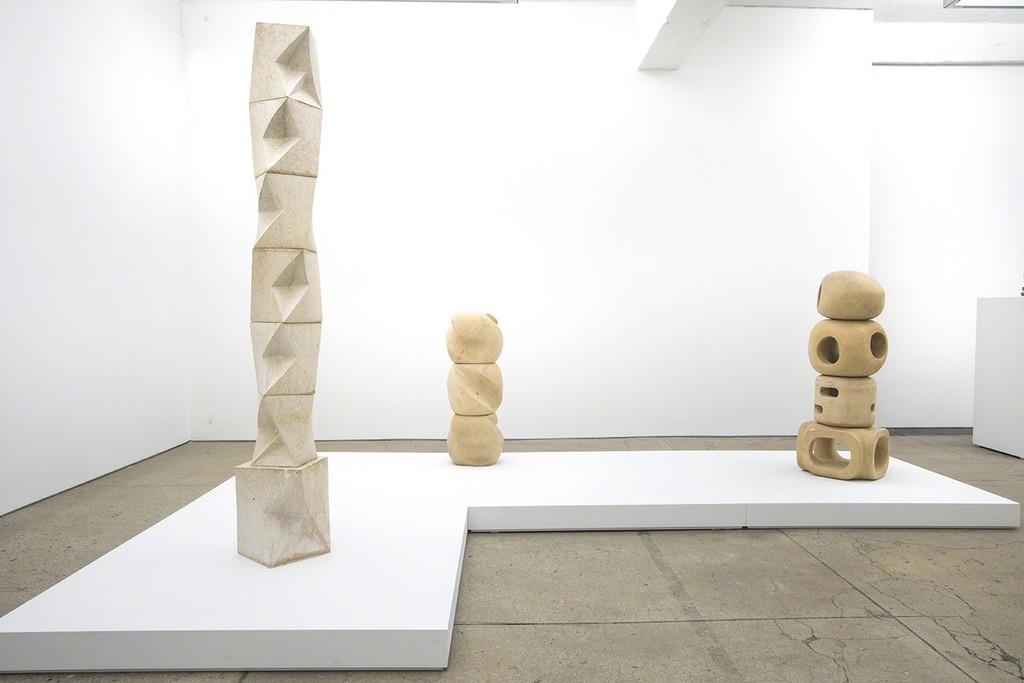 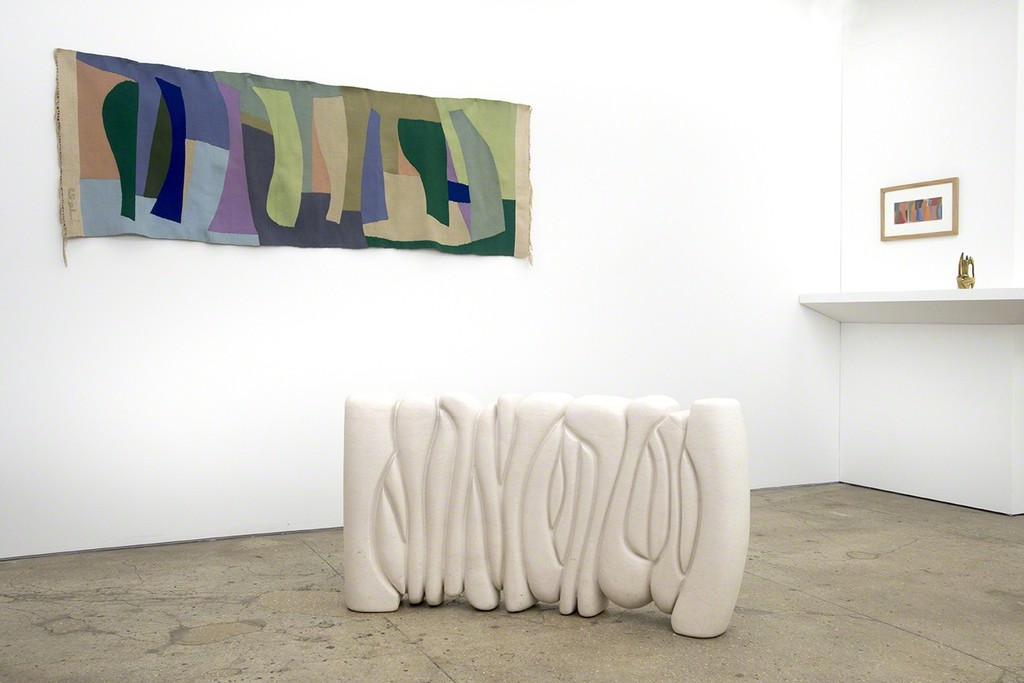 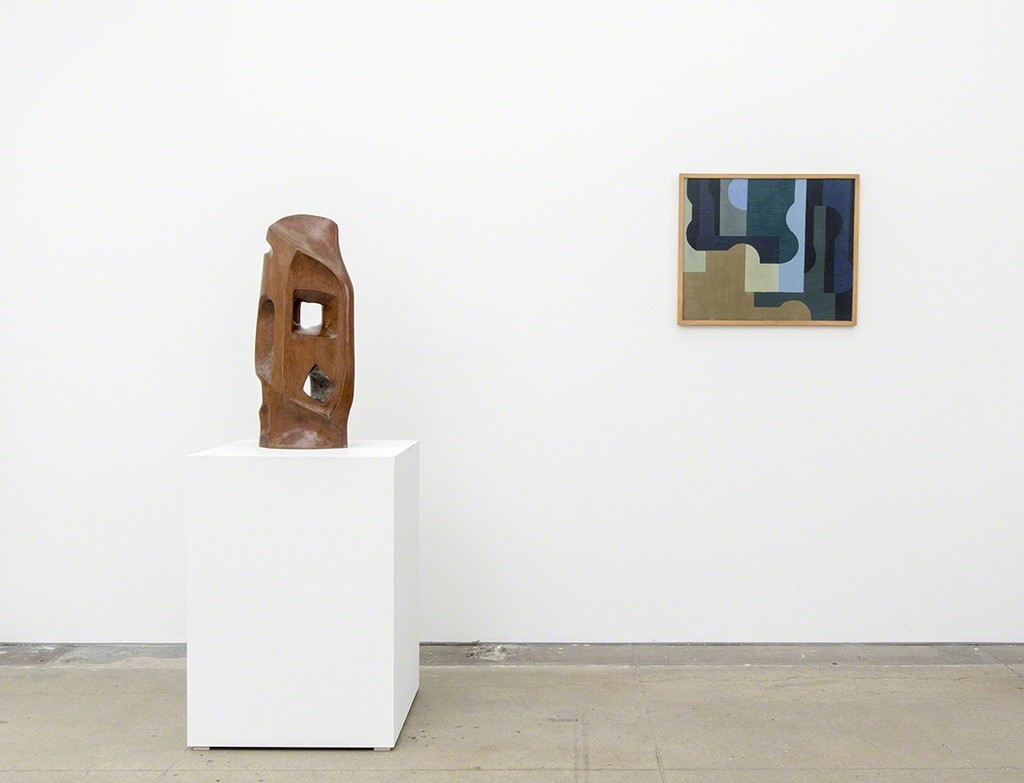 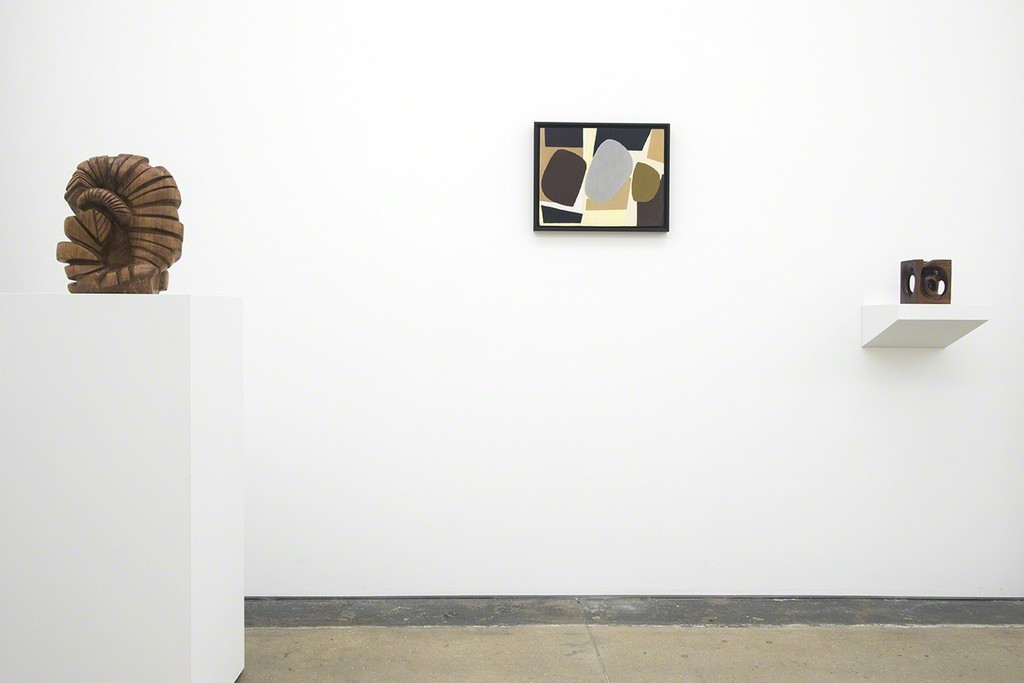 Choucair’s work reflects her interest in science, architecture, mathe- matics and Arabic poetry. Now considered a pioneer of modernism in the Middle East and a stalwart contributor to the modern art dialogue of the latter half of the 20th century, she was able to combine elements or western abstraction with Islamic aesthetics. In 1951, when ques- tioned about Abstraction, Choucair responded: “When one has been liberated in his thinking, it won’t be very difficult for him to understand abstract art, or what is called ’l’art Abstrait’.”

In the 1940’s, after a visit to the “Cité radieuse” in Marseille, Le Corbusier profoundly fascinated the artist. She once said, had she lived another life, she would have been an architect. She dreamed
of being “part of the city as it grew” by creating works for the public space. Back home in Beirut, she began a lifelong experimentation with all kinds of material and forms, hoping that her pieces would one day become monumental public sculptures, civic fountains or buildings.
 
Choucair, who cherished science, used techniques that combined the arithmetical basis of Islamic art and architecture, based on a visual ratio achieved through mathematical divisions and the repetition of shapes. She was also inspired by Sufism and its main principles, such as infini- tude and duality, and applied it to her artistic concepts. She envisioned abstract forms made of infinite interactions, a direct reference to Arabic poetry in which every stanza can be independent of another and still make formal sense, while also being part of one entity.

This was the inspiration of her most distinctive sculptures that are made of interlocking units, such “Infinite Structure” (1974-2014), which can be taken apart into individual pieces, and which she interpreted in stone, aluminum and wood.

Born in 1916, Choucair left Lebanon for Paris in 1948, where she remained for nearly four years. While there, she studied with Fernand Leger and participated in the establishment of Atelier de l’Art Abstrait, led by Ed- gard Pillet and Jean Dewasne. In 1950, she was one of the first Arab artists to participate in the Salon des Réalités Nouvelles in Paris.

In 2013, the Tate Modern presented a retrospective of her work (mono- graph available). Her art pieces have been exhibited around the world and are included in the collections of the Tate Modern, London; Centre Pompidou, Paris; The Guggenheim Museum, Abu Dhabi; and the Arab Museum of Modern Art, Qatar.