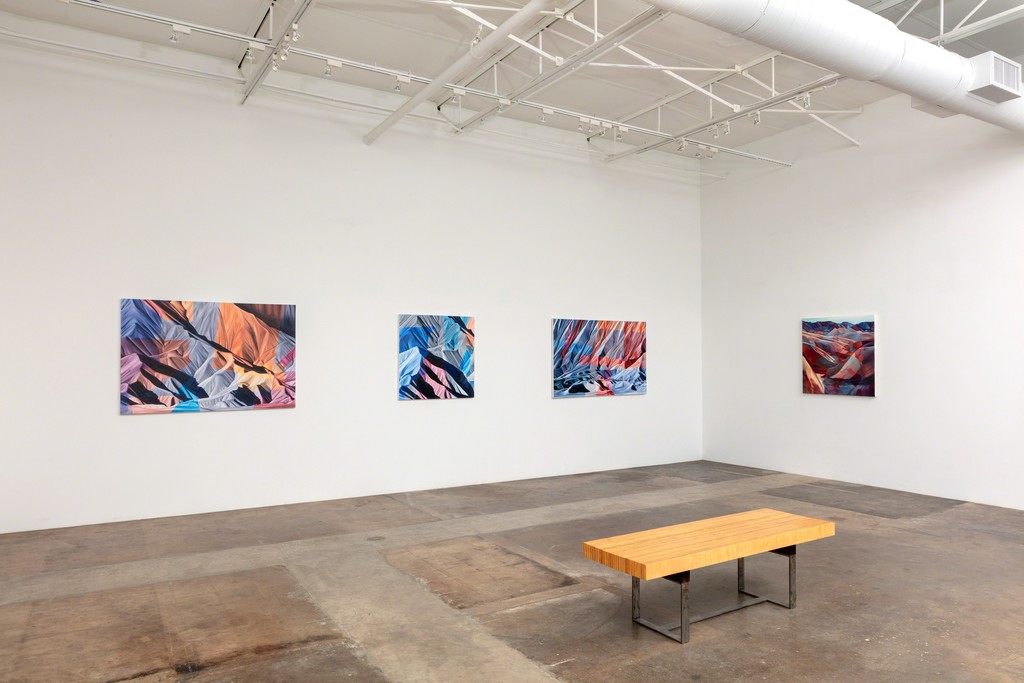 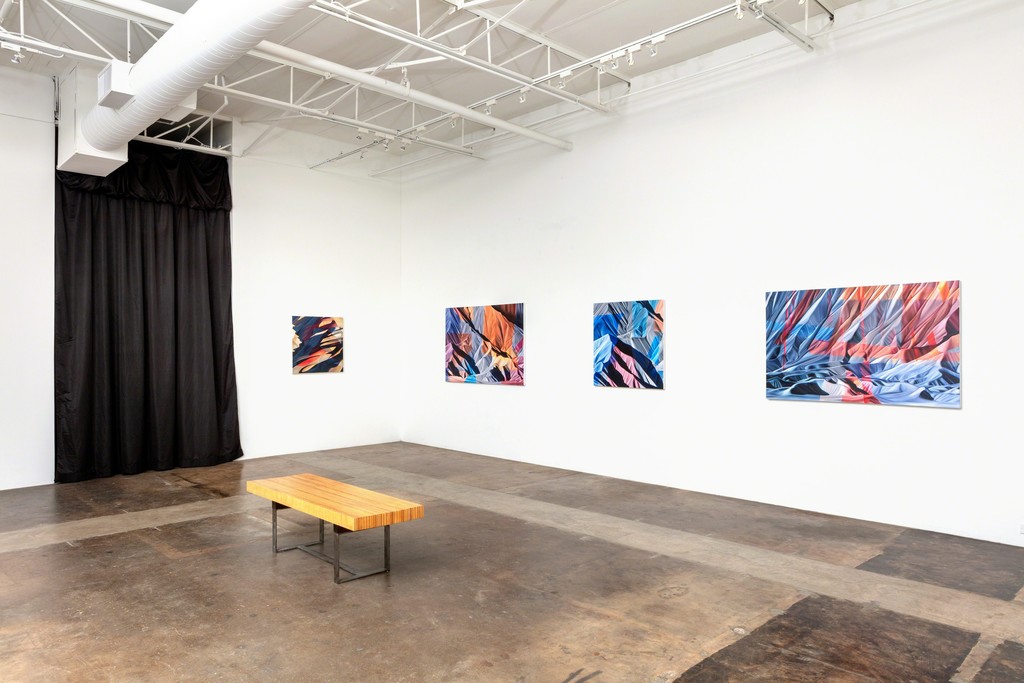 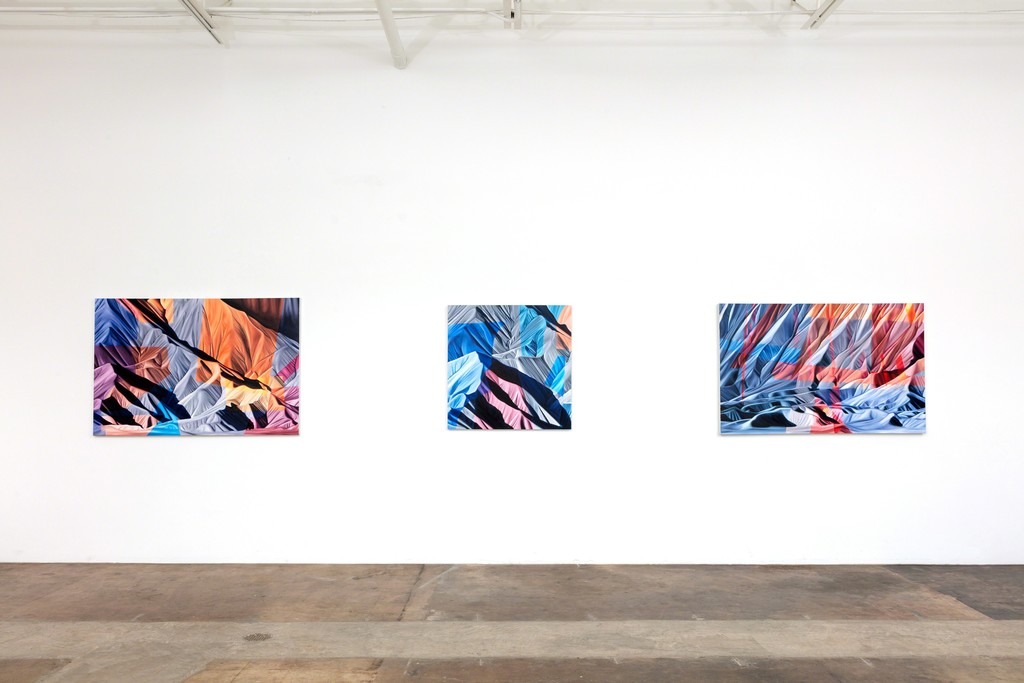 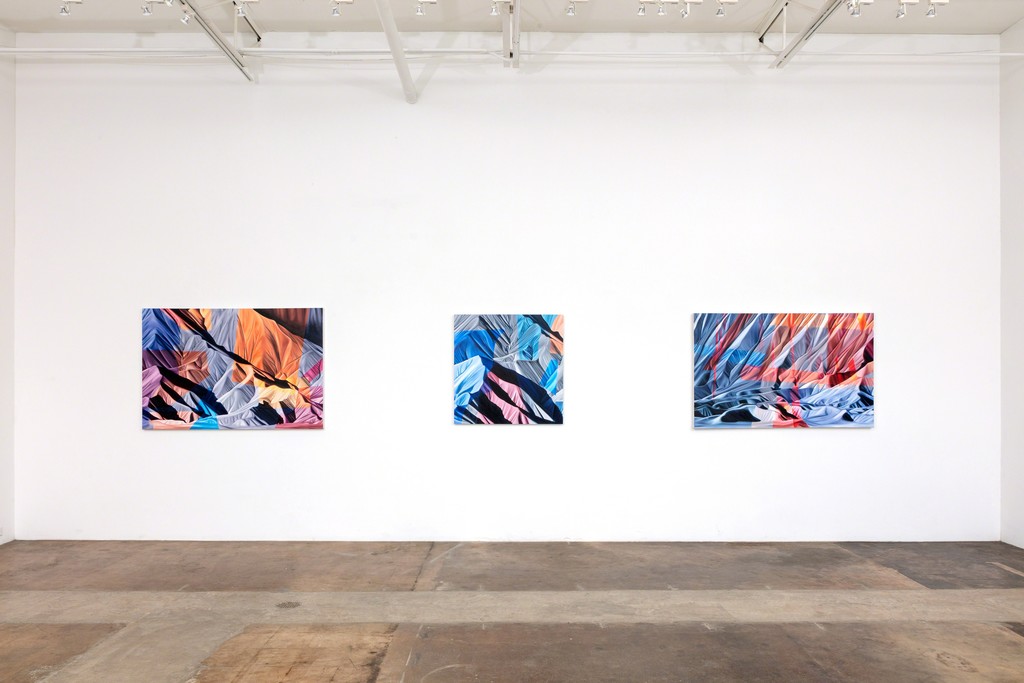 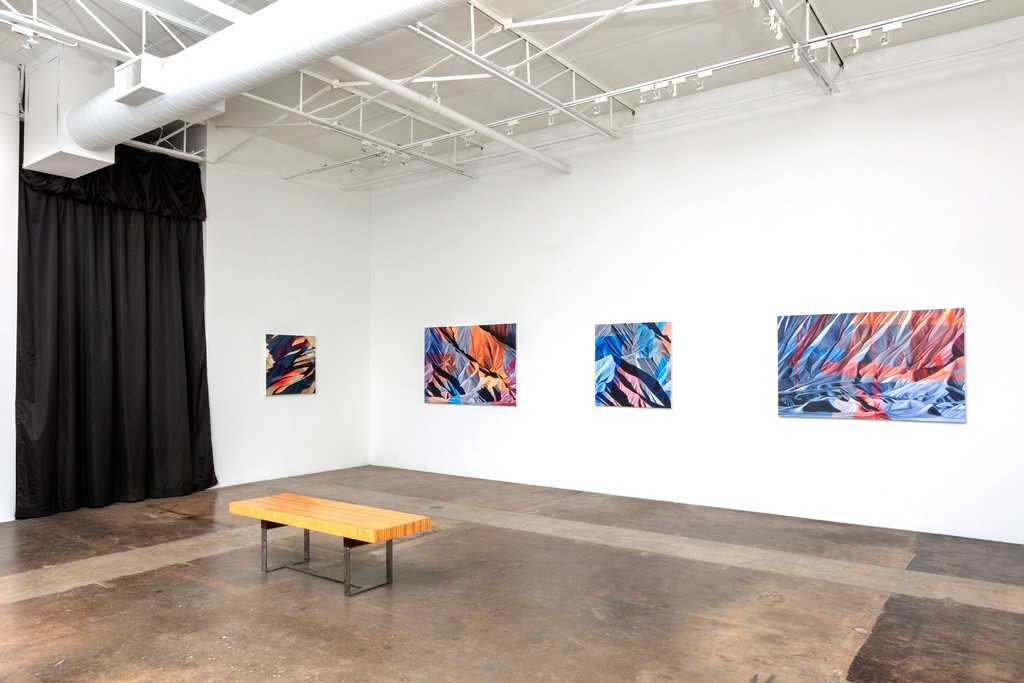 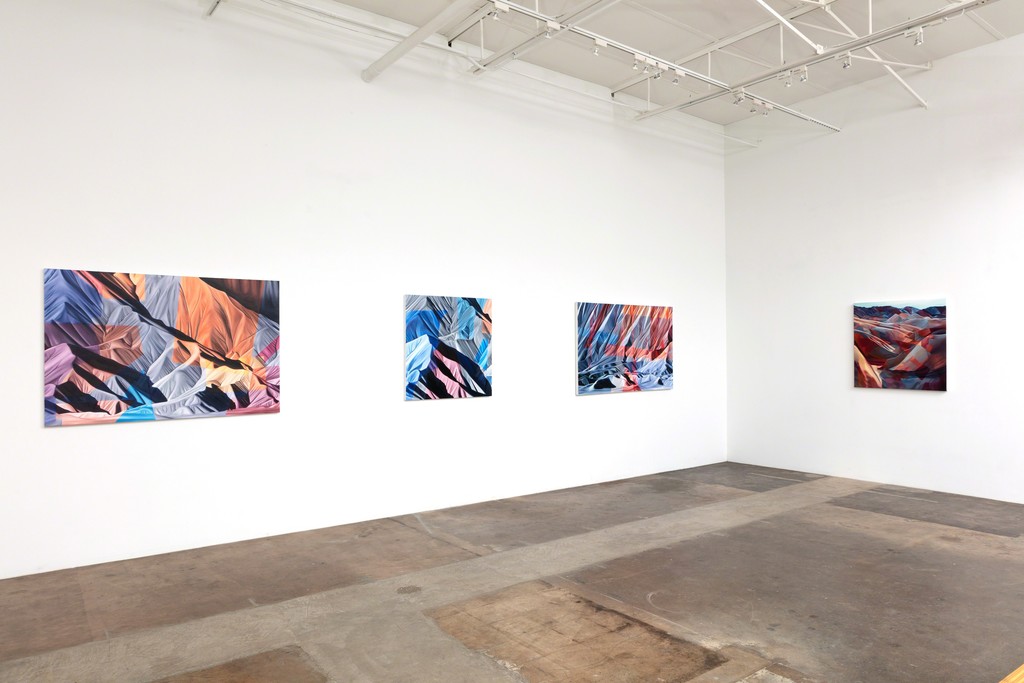 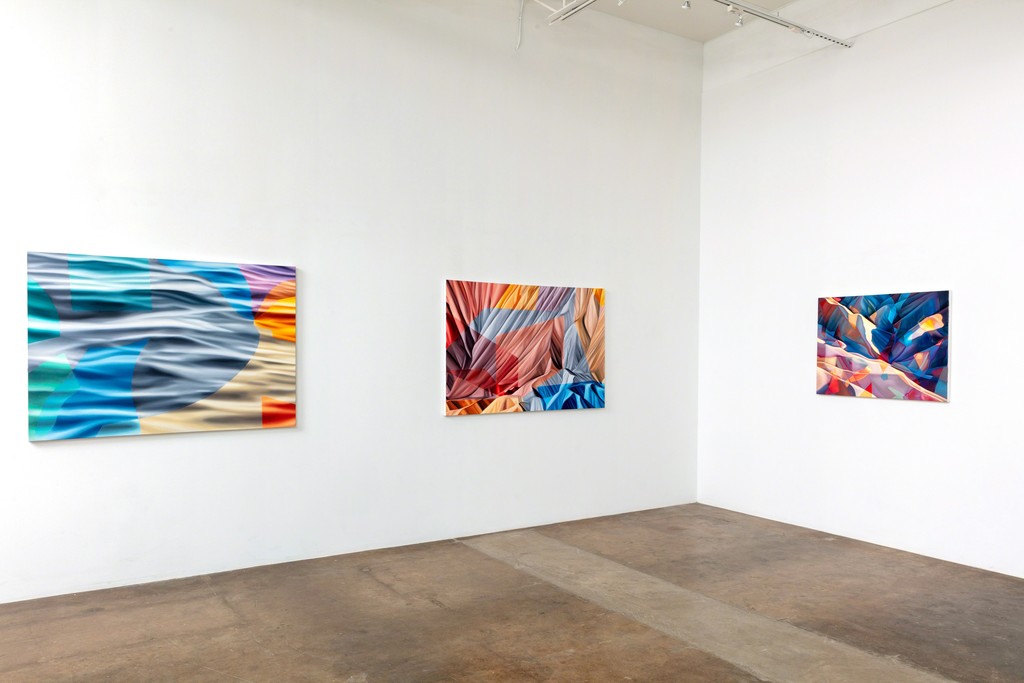 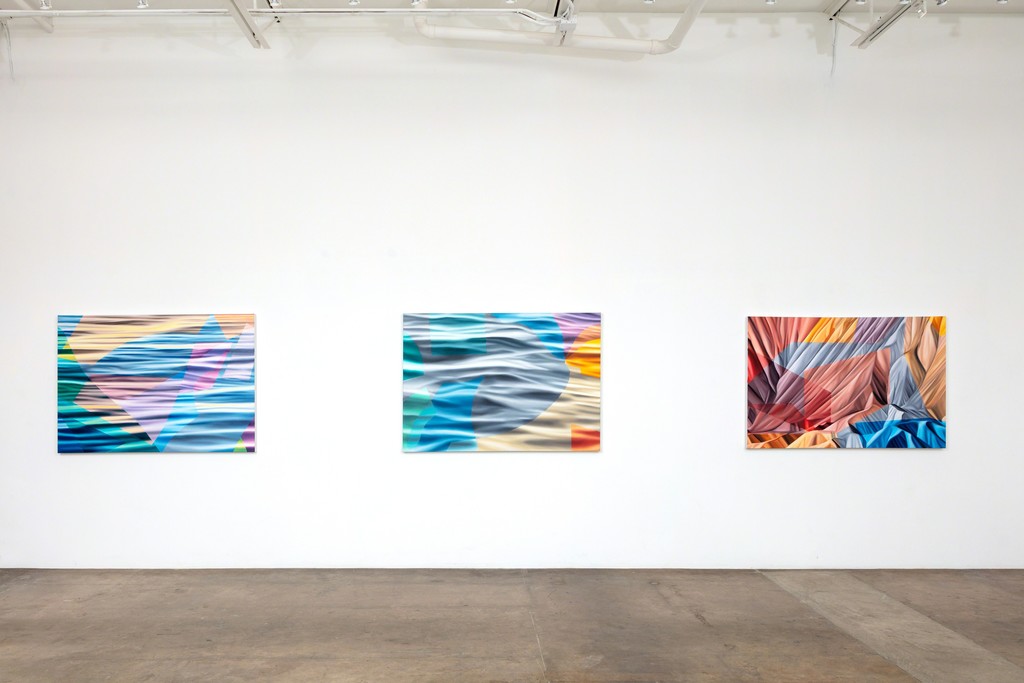 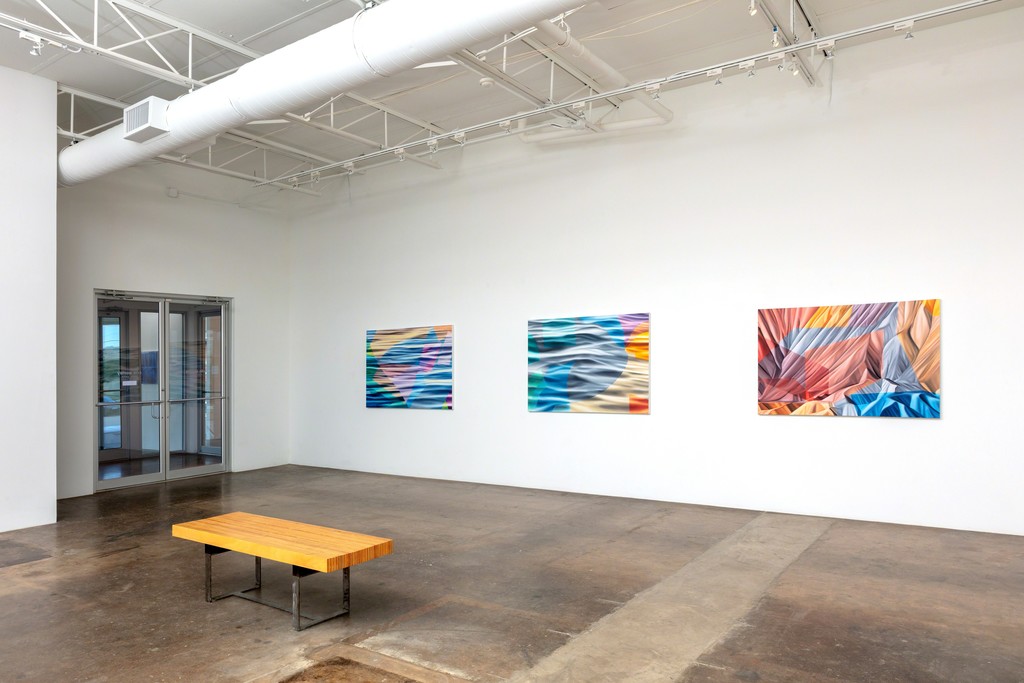 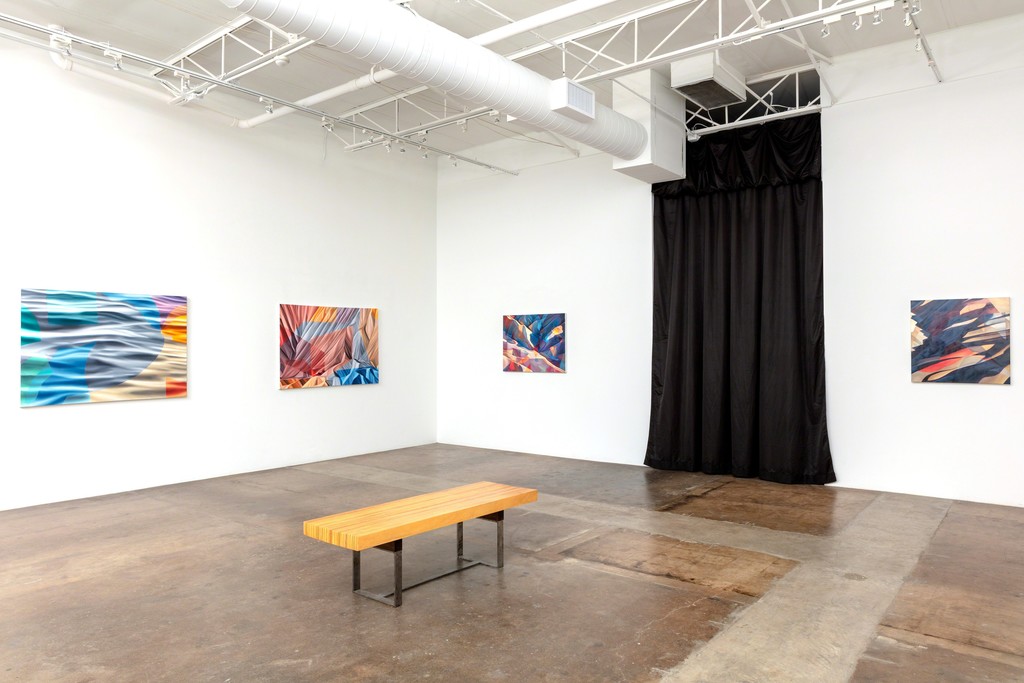 Cris Worley Fine Arts is pleased to announce our second solo exhibition with Anna Elise Johnson, entitled, Second Sight opening with an artist’s reception on Saturday, June 30th from 5:00 to 8:00pm. The exhibition will showcase thirteen large new paintings in oil on canvas and will be on view through August 18.

This exhibition marks a return to painting by Johnson with new works depicting landscapes too vast and mutable to remain fixed in the mind of the viewer. The artist’s source images are found in personal photographs captured while travelling through locations such as the Mojave Desert and along the Mediterranean coast. Geometric forms in vibrant jewel-like tones, referenced from admired works of art, are layered softly on geologic folds and ocean fields. Light and shadow preserve these timeless views, evoking tectonic movements and whispers of wind.

According to the artist, the show is entitled, “Second Sight,because of this intersection of multiple visions,” which can be seen in works such as Death Valley IV (2018) and Klee Bluff IV (2017). Re-arranging multiple visions to present a partially distorted composition is a visual strategy that Johnson has previously used in her sculpture and painting, manipulating images of named heads of state and anonymous suited figures. These new works are rich in their art historical associations to the Cubist work of Paul Klee, color fields by Helen Frankenthaler, and landscapes by Georgia O’Keefe.

Johnson was born in Starnberg, Germany, and later moved to Colorado, USA. She gained her Master of Fine Arts from the University of Chicago in 2012. She was a Core Fellow at the Museum of Fine Arts in Houston and served as an adjunct faculty member at Rice University from 2012-2014. Prior to this she was artist-in-residence at the Tottenham Hale International Studios in London, England, and worked for multiple years as an assistant to Julie Mehretu in Berlin, Germany. Johnson has been featured in numerous group exhibitions throughout the nation, as well as internationally in India, Slovenia, and Germany. She has had solo exhibitions across Texas and her work is in the permanent collection of the Museum of Fine Arts in Houston.