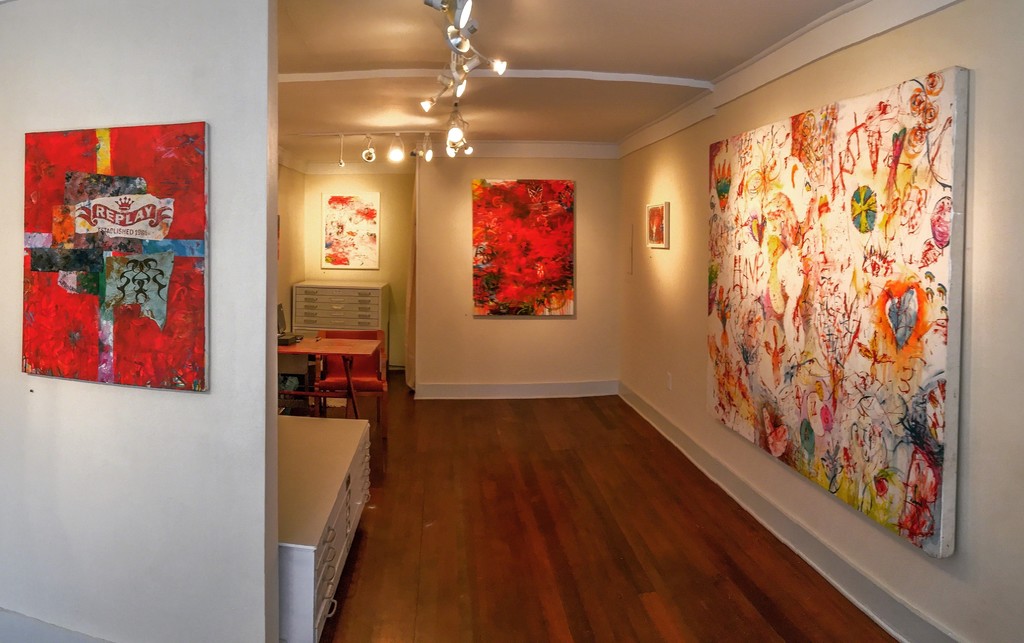 Ford Crull Solo Show "Red" Opening Reception Sat. June 25, 5-8pm Cross Contemporary Art 81 Partition St. Saugerties, New York 12477 on view thru July 17th, 2016 “Red” is a survey of contemporary symbolist oil and mixed media works by painter Ford Crull that are united by the color Red. Each work of art is a meditation on the power of this primary color as it supports, weaves, balances and directs the energy and composition of Crull’s art .The exhibit ranges from older works to new paintings, and within a variety of styles from different points in the artist’s career.Ford Crull’s paintings and drawings, the symbolism of the color Red, as well as other basic cultural signs and archetypes, have been obsessions he has explored throughout his career as an artist. According to Crull, Red is an especially provocative and powerful color. Throughout time and through every culture, Red is the pigment of violent forces: war, blood, fire and even Hell. However, Red is also the joyful color of Christmas and of valentines. In Indian cosmology, Red, as the first chakra, represents the life force and foundation for all things. In Ford Crull’s paintings, Red draws upon any and all of these ideas on works covered in open-ended symbols. These iconographic signs are at once personal and universal such as crosses, hearts, words, numbers and other archetypes found in a range of cultures throughout the centuries. As Jonathan Goodman writes, “Crull has been successful in his combination of the old and the new, demonstrating how an image can call up the past and at the same time be responsive to present conditions in painting. Art like this needs to be taken seriously—not only because of the implications of the image, but also because very few painters are trying to build a bridge across time.” Ford Crull's solo show "Red”opens June 25th and continues through July 17th, 2016. About Ford Crull: Mr. Crull’s work can be found in many important museum and public collections including the Metropolitan Museum of Art, the Brooklyn Museum, the National Gallery of Art, Wash. DC, Dayton Art Institute, and the Montgomery Museum of Fine Arts (Al), as well as numerous international and national corporate and private collections. Ford Crull lives and works in New York City and Woodstock NY.