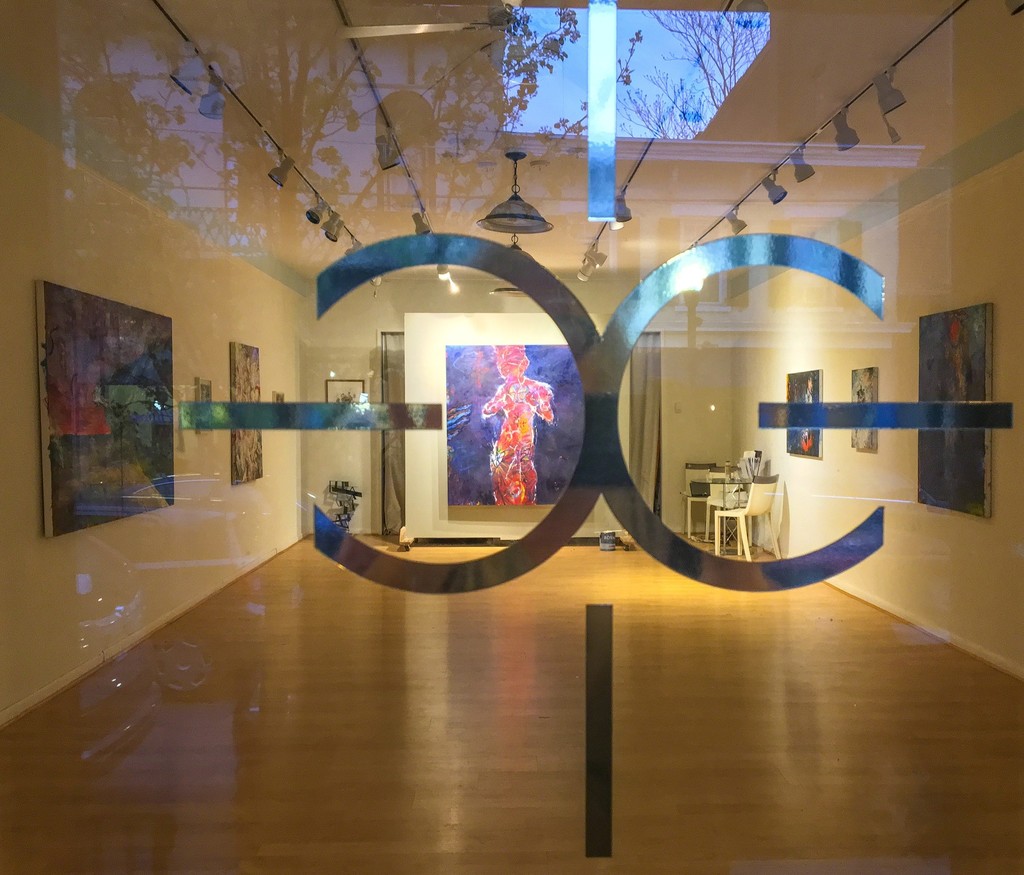 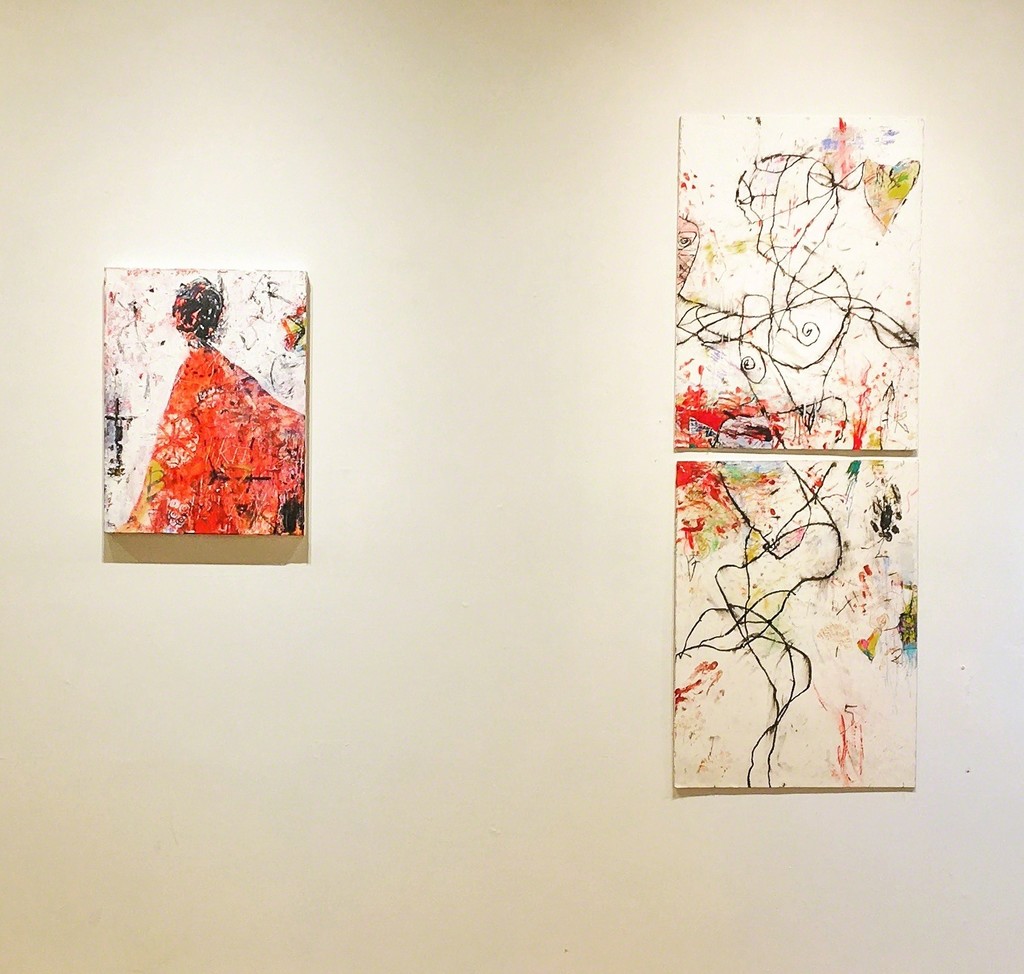 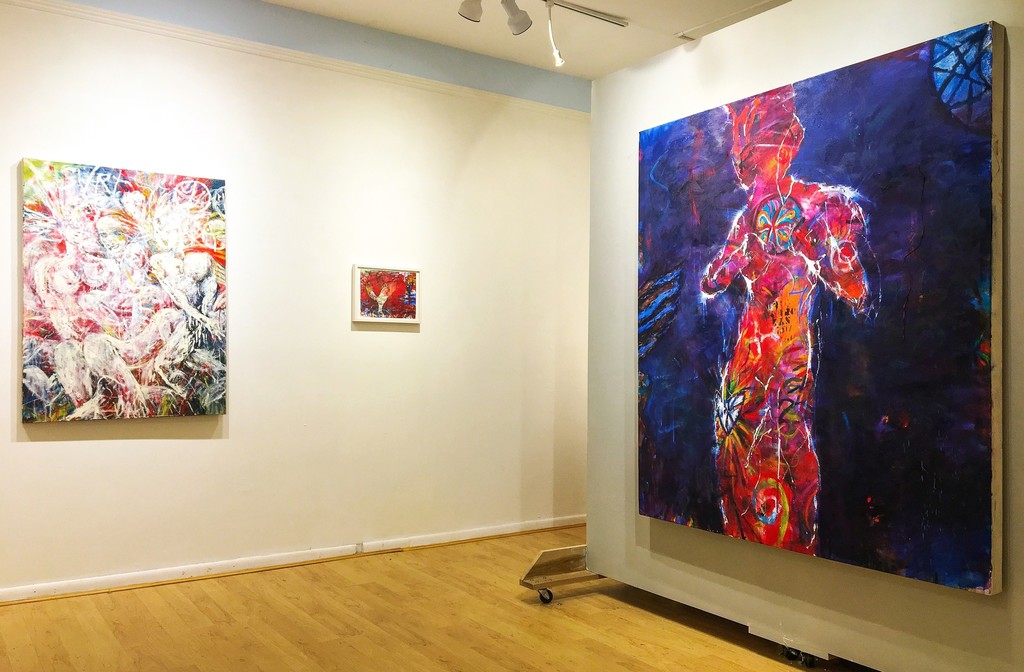 Known as an abstract painter with a neo-symbolist sensibility, Ford Crull's work has often had an element of figuration, sometimes inadvertent and sometimes deliberate. Either way, each idiom references the underlying notion of ambiguity. As hallmark of the 19th century symbolists, ambiguity was prized by the poets and artists of this movement: the writers Baudelaire, Mallarme and Rimbaud and painters such as Moreau, Puvis de Chavannes, and Odilin Redon. Anything that may have been intentional in the artists narrative had no more validity than what the viewer may have envisioned in the presented image. For the Symbolists, figuration was still the dominant visual element, but with a convoluted and unexpected truth.
Crull has often said that even when describing an abstract form, he often sees images and or faces in the work which are then expanded into the final painting. This condition is referred to as pareidolia and it is an essential characteristic of human perception. Pareidolia describes the process of understanding Crull's imaginative ambiguity. The essential images in Ford Crull's work reveal his expression of life in art, and can be either abstract or figurative. Paintings such as “Thougtful Angel", and "Inquisitor” reflect this idea of Symbolist ambiguous sensibility.
In a wider sense, these figurative works constitute a kind of intensive search to wrest meaning from an anarchy of feeling. As meditations on emotional chaos, they enter into a world of competing impulses and simultaneous transmissions, seeking a resolution that is both cathartic and mysterious.
ABOUT FORD CRULL: Ford Crull was raised in Seattle, where he graduated from the University of Washington. His work is in the collections of the Metropolitan Museum of Art, the National Gallery, Dayton Art Institute, and the Brooklyn Museum. His paintings were included in the important 1989 Moscow exhibition, “Painting After the Death of Painting,” curated by Donald Kuspit. Exhibitions have included shows in London, Milan, Italy, Sun Valley and Seattle. His most recent work has involved art experiences, some of which are painting with a live music element, and most recently executed blindfolded also with musical accompaniment..