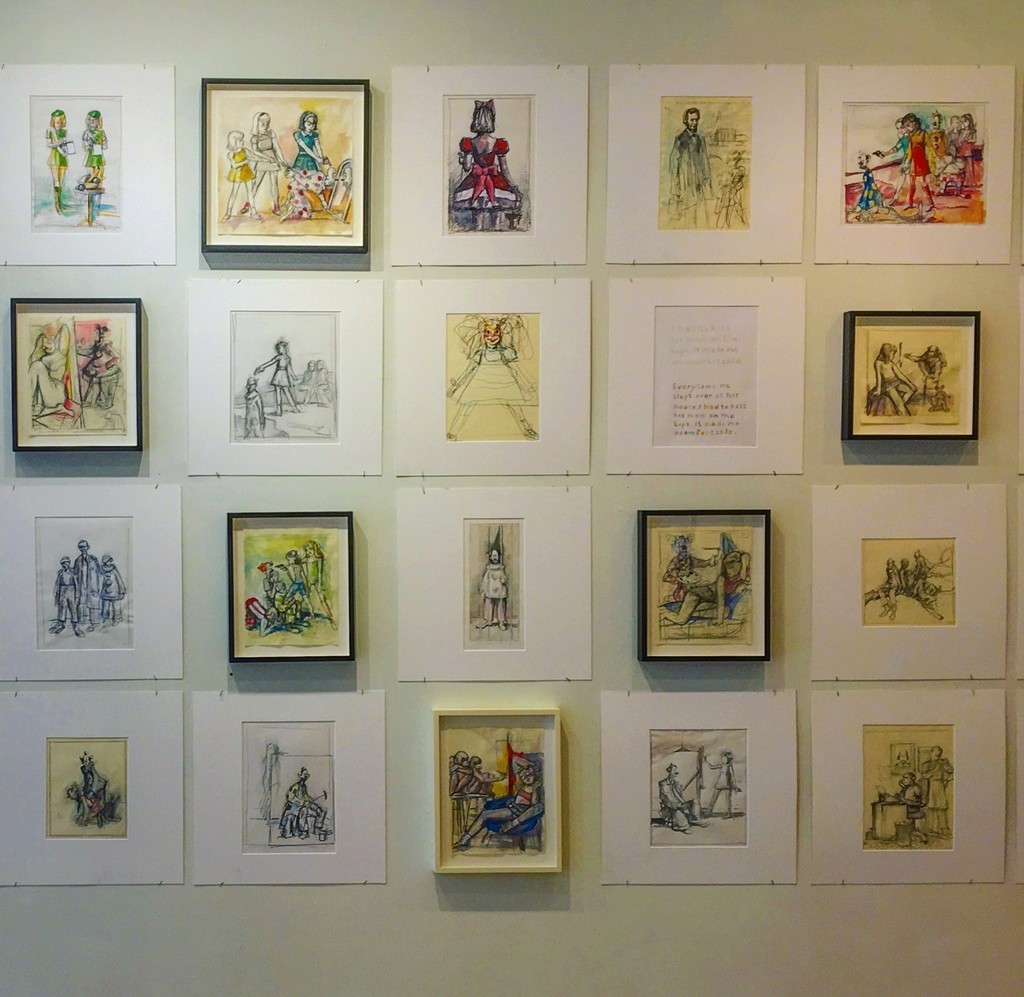 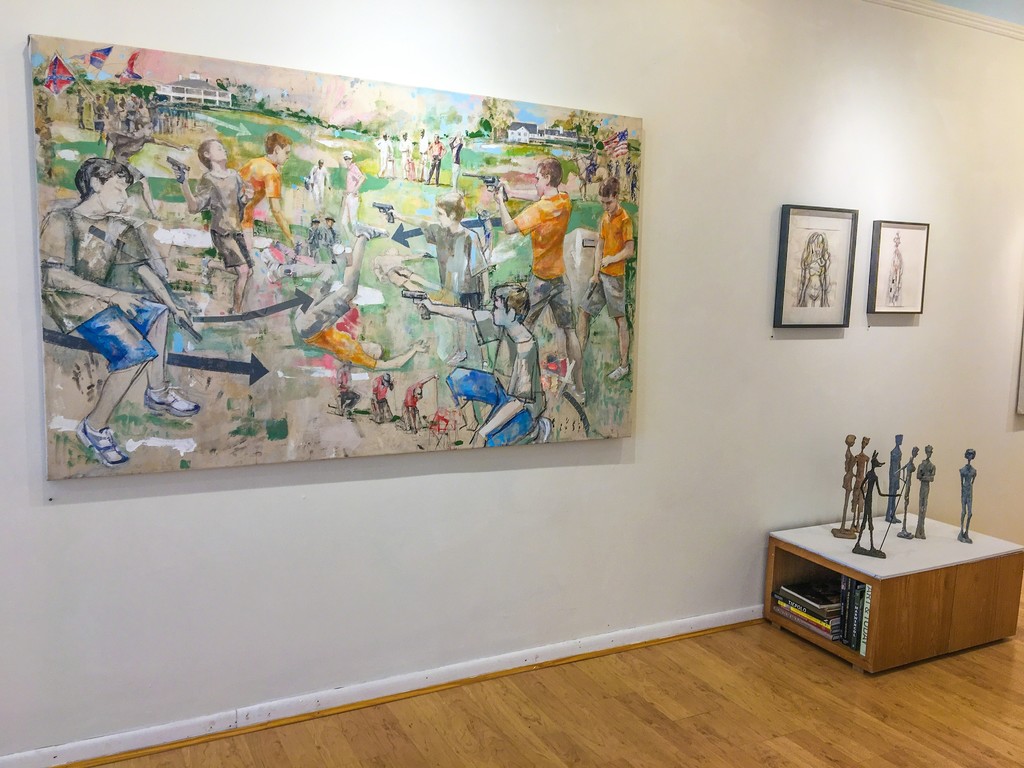 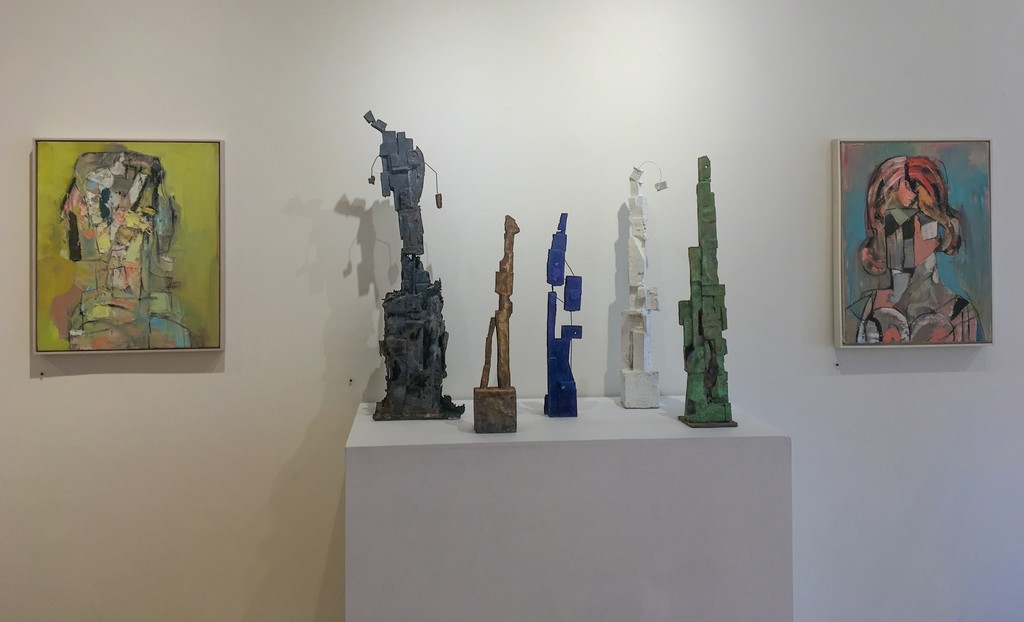 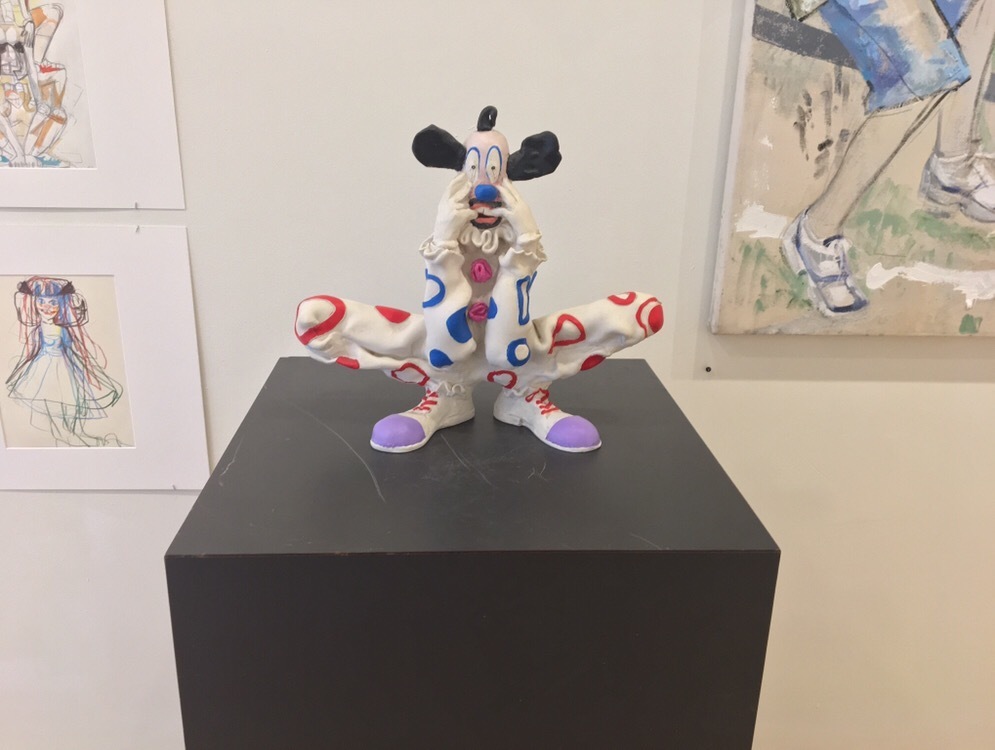 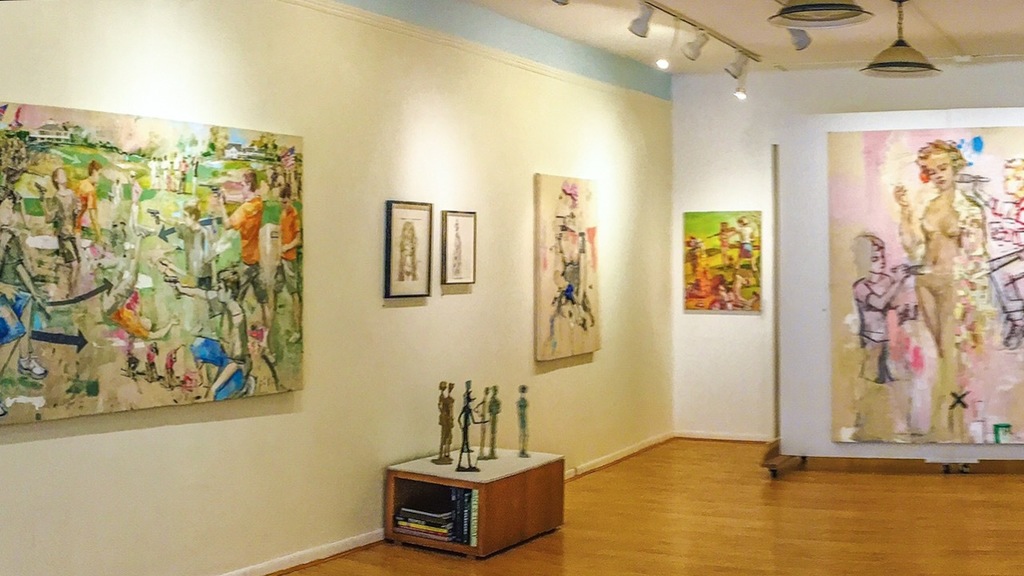 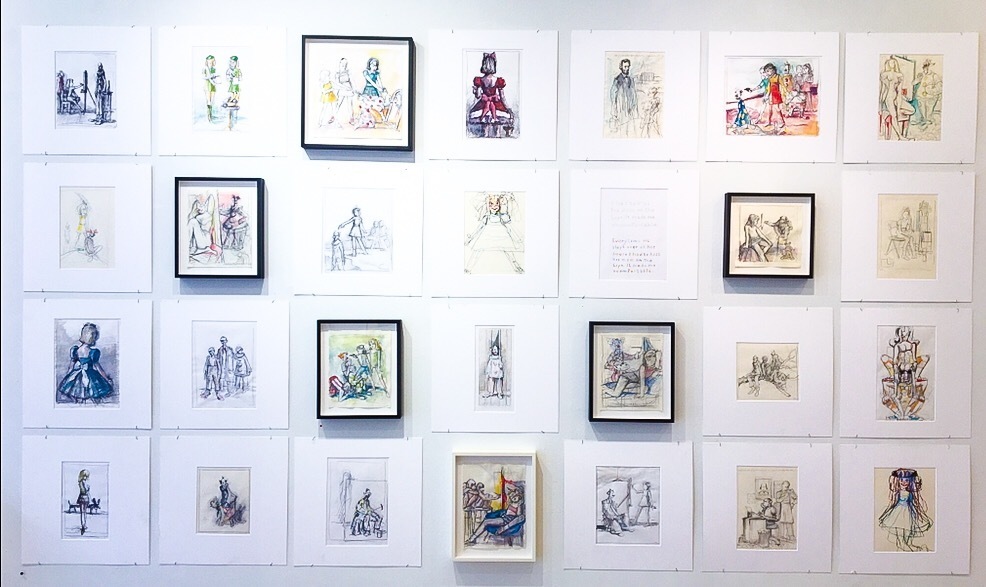 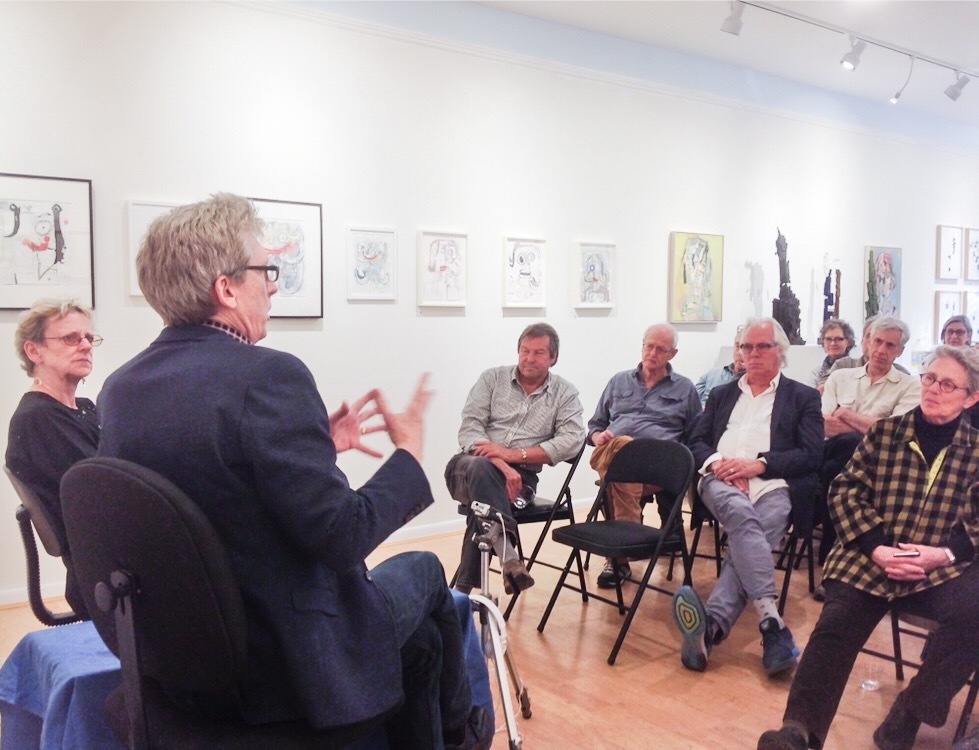 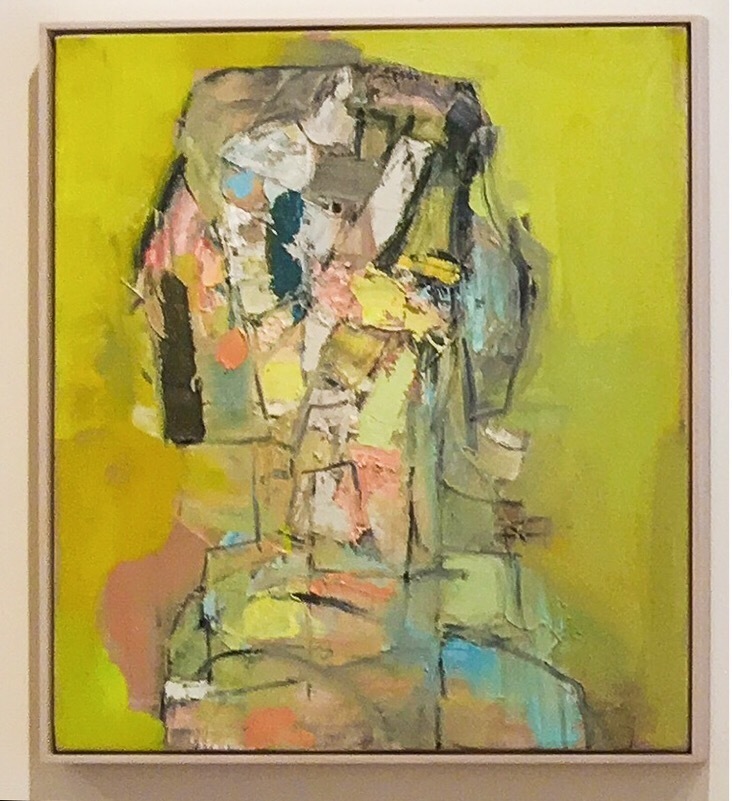 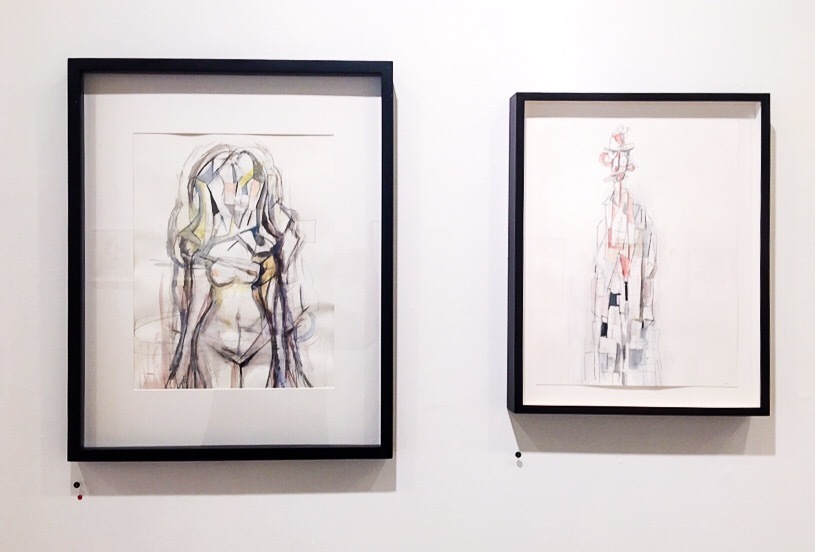 Cross Contemporary Art inaugurates its new 1,000-square-foot space at 99 Partition Street, Saugerties, NY, with a survey of paintings, works on paper and iron sculpture by Mike Cockrill.
The exhibition will include over 40 drawings that trace the artist’s evolution over the past 20 years from his gun-wielding clown-killer girls of the ‘90s to his recent modernist drawings and collages of fragmented female figures.
One of the most frequent themes of Cockrill’s drawings is the relationship between artists and their subjects; they are explorations of the moments of creation. In several drawings, girls stand at easels and draw clowns while in other drawings the girls themselves become the studio models for clowns and as well as baboons and chimpanzees who sit at easels with poised brushes studying their human subjects. His large new painting, “New Mom,” (2014), continues this theme in a monumental scale.
Cockrill’s never-before-seen sculptures, “Iron Men,” relate to his Existential Man series of paintings; cast in iron from styrofoam constructions and given a rich patina, Cockrill’s sculptures seem to rise and crumble at the same time.
Blending both the playful and the serious, Cockrill’s challenging art continues to foster compelling conversations about social values and artistic expression.
Mike Cockrill has had over 20 solo exhibitions both nationally and internationally. His paintings were included in the 2016 Outlaw Bible of American Art, published by Last Gasp.