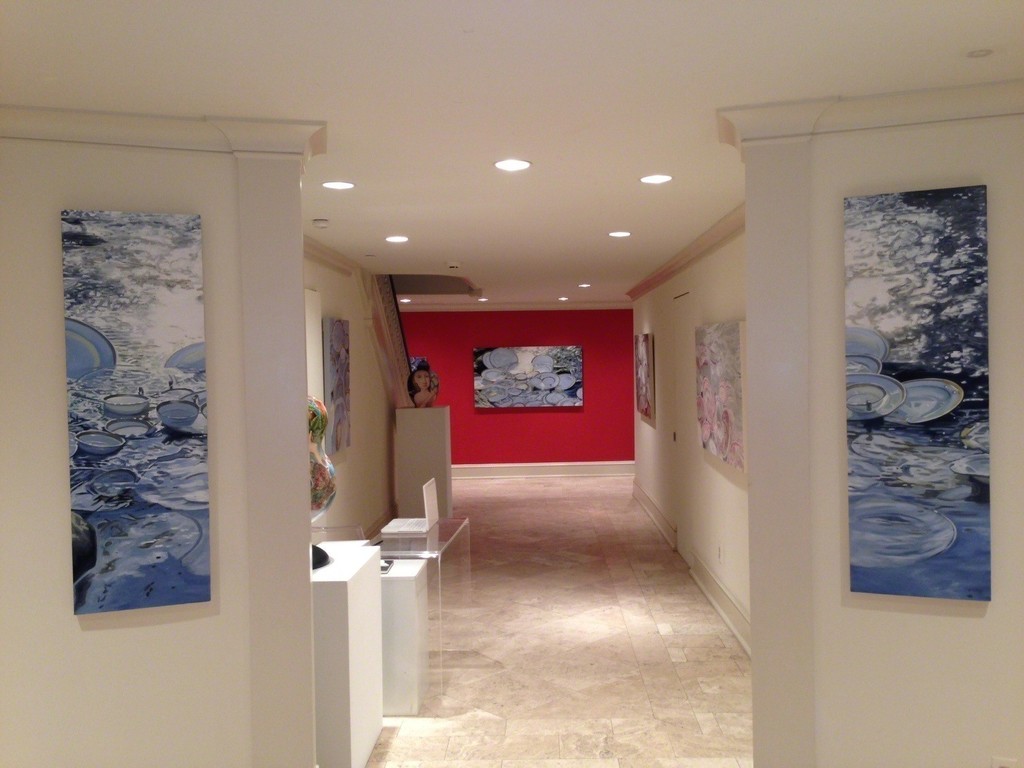 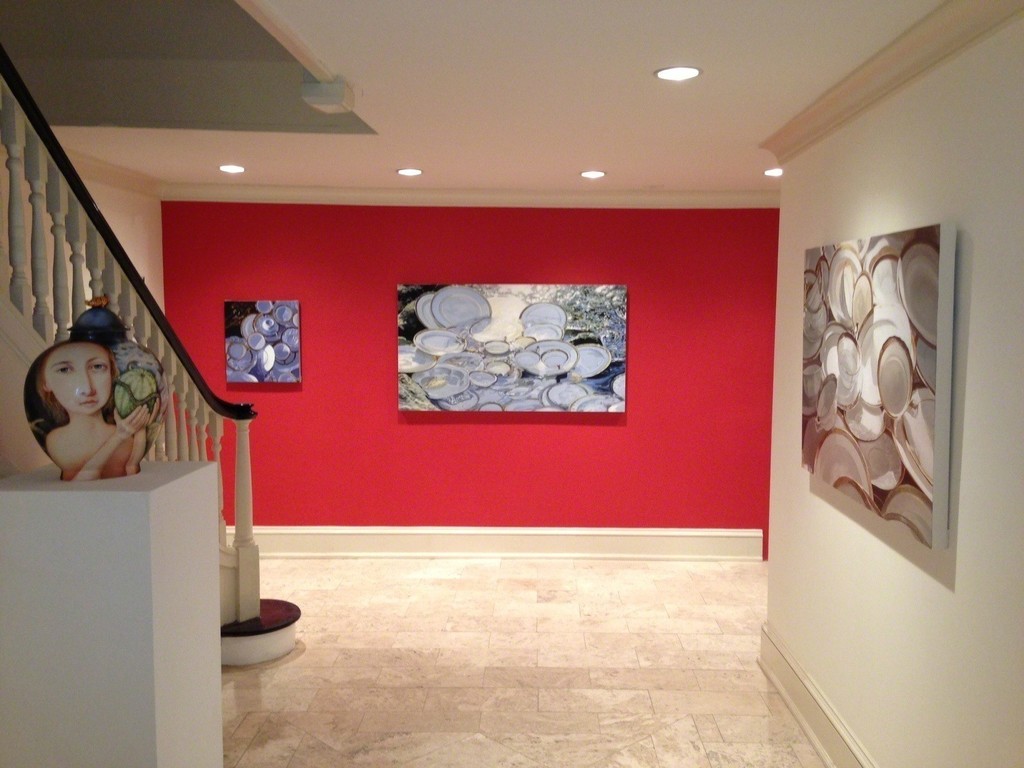 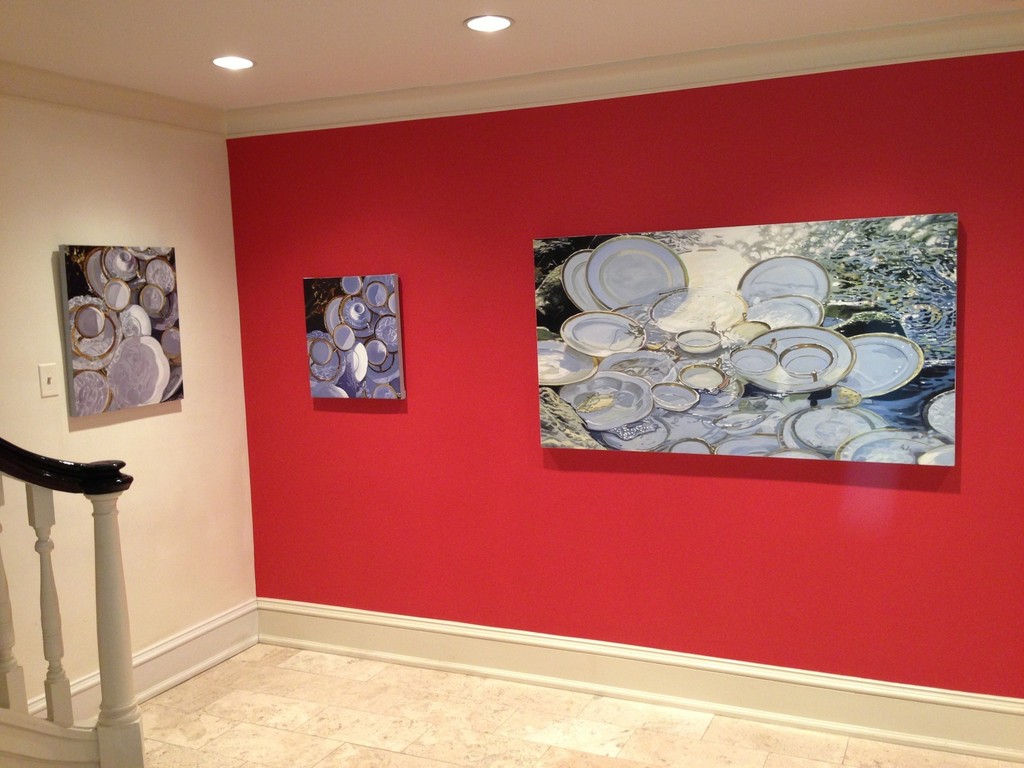 Cross MacKenzie Gallery is pleased to present a solo show of paintings by acclaimed New York artist, Leslie Parke. Her subject matter fits well with our gallery’s program emphasis on ceramic arts, but with a two dimensional perspective.

The formal china Leslie Parke grew up with at her grandfather’s large Victorian beach house on Fire Island from Edith Wharton’s era, was never used in her mother’s generation. And by the time she and her brother inherited these boxes and boxes of fine English porcelain with place settings for every imaginable occasion, a storm had washed the family summer house out to sea. The china was saved and kept stored by yet another Parke family successor. One day, the artist and her brother decided to finally use the precious china. They brought it down to the ocean and laid it out on the beach; dinner plates, luncheon plates, soup bowls, serving plates, teapots, cups and saucers were placed on the water’s edge. As the artist poetically says, “Then the tide began to rise.”

The series of paintings that grew out of this nostalgic exercise are very poignant images. Floating and sinking plates in the water bring up thoughts of another time lost to us now. Like the treasures on the Titanic, beautiful objects are forever in a different world – another dimension. They remind us of a more formal epoch filled with elegant gowns and ceremonial decorum, now mostly abandoned for the conventions of a more casual era.

Parke’s subjects – water, crystal, china and crushed cans transformed into quasi-abstract compositions, become vehicles for shape, color, space and light. Her use of monumental scale, all-over compositions and gestures, assert the surface of the painting. She crops her images close to minimize the context of the scene, like the late Water Lilies by Monet or the drip paintings of Jackson Pollack, the viewer feels situated inside the painting.

Leslie Parke is a recipient of the Adolph and Esther Gottlieb Foundation Individual Support Grant, the Lila Wallace Readers’ Digest Grant, the Claude Monet Foundation artist-in-residence in Giverny, France and the George Sugarman Foundation Grant among others. Her long list of exhibits include the Williams College Museum of Art, the Museum of the Southwest, in Midland Texas, the Fernbank Museum in Atlanta, the Milwaukee Art Museum and the Museo de Arte Moderno in Buenos Aires. She holds both a BA and MA from Bennington College and her work is in numerous corporate and private collections.