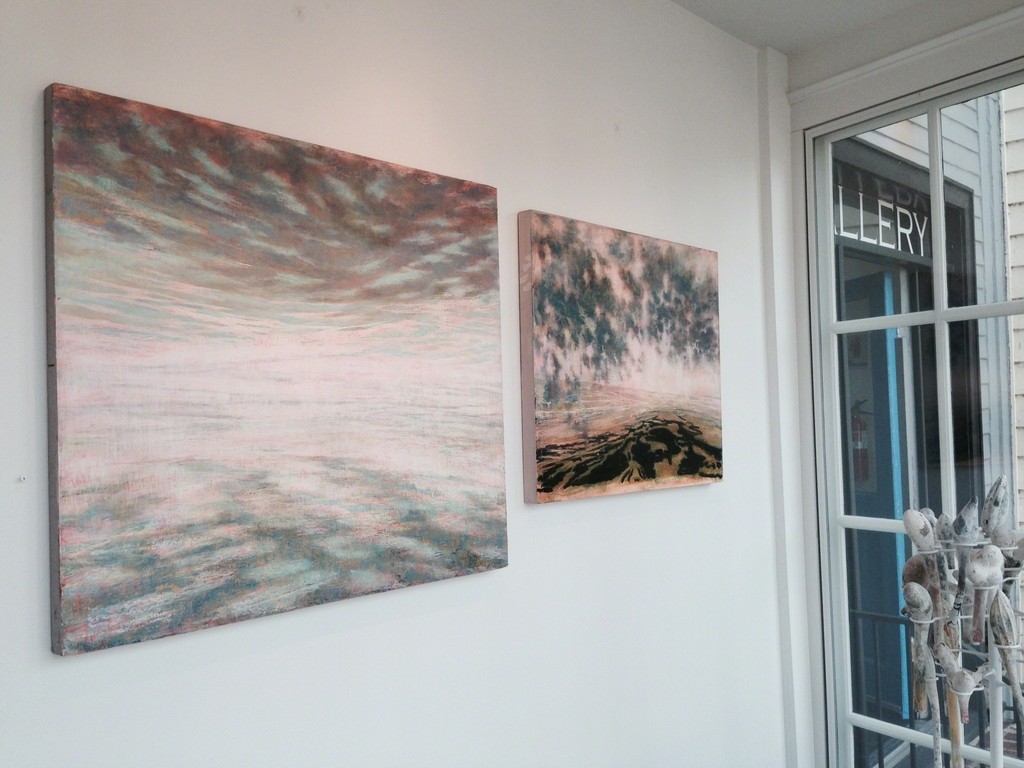 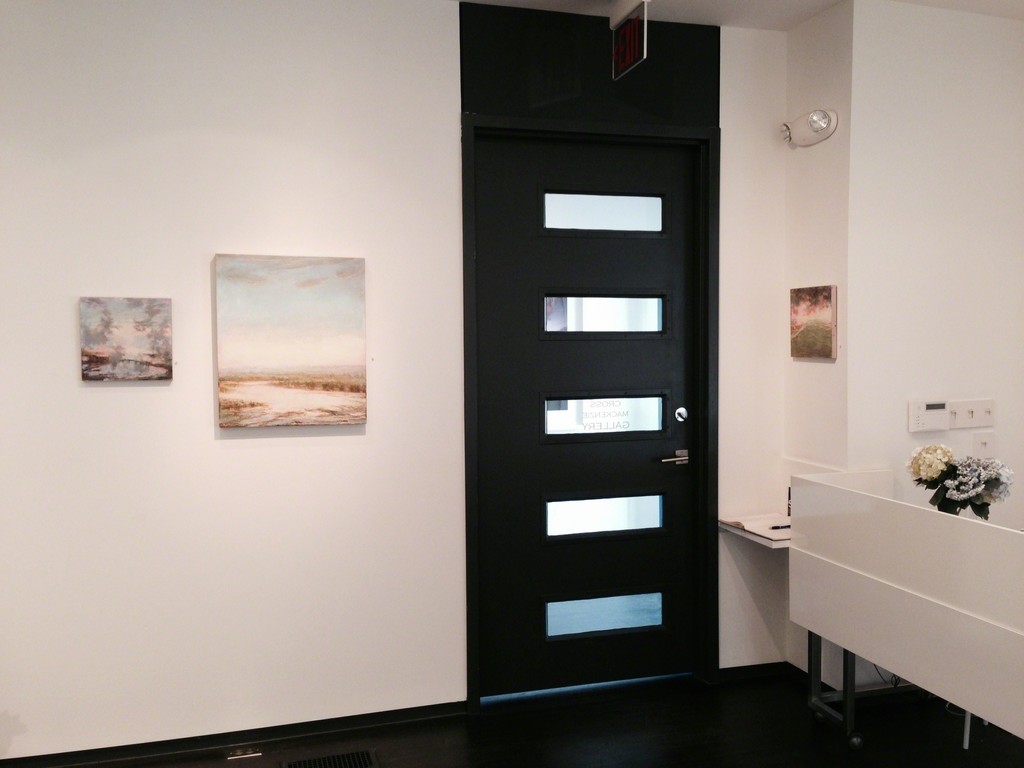 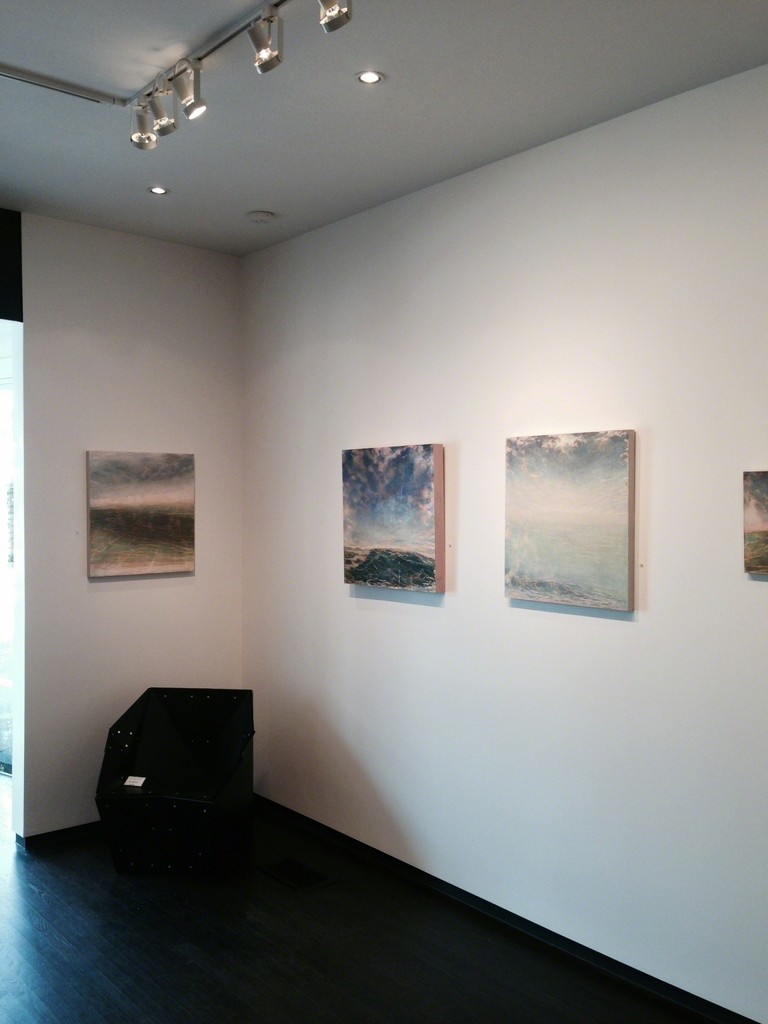 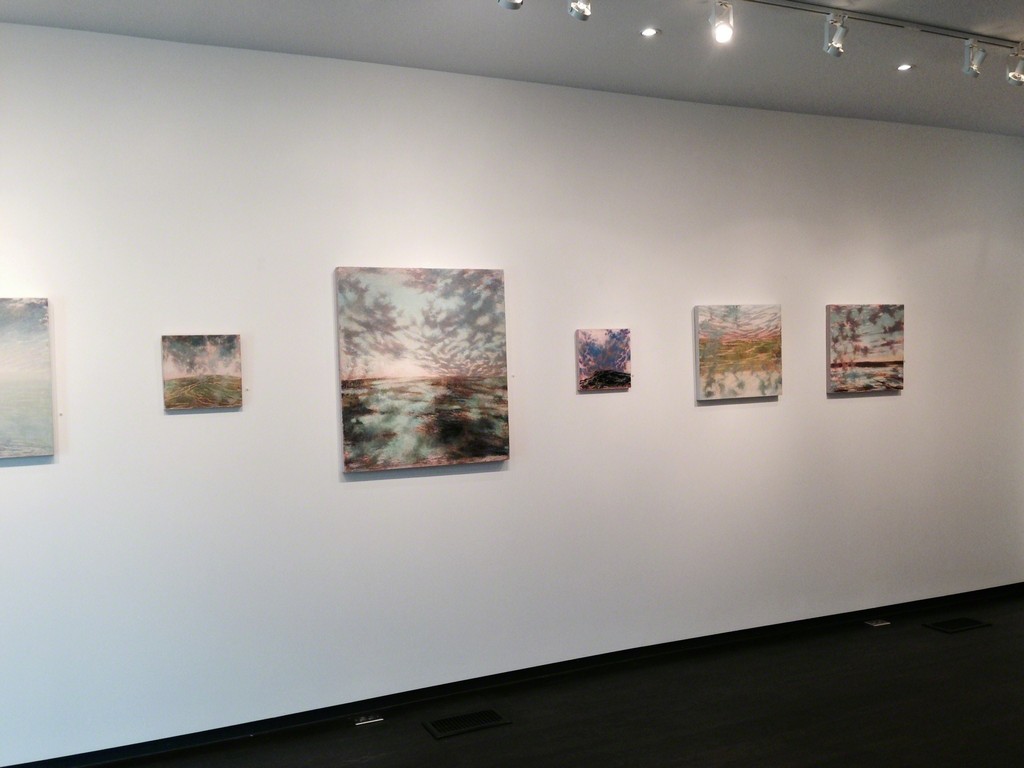 Cross MacKenzie Gallery is pleased to present a solo show of paintings by distinguished artist Mary Armstrong. Her ethereal landscapes—which shift between the ground, water, and air—explore the symbiotic relationship between the earth and it’s atmosphere, evoking both a sense of serenity and turmoil.

Armstrong’s abstract interpretations of a landscape and views of a distant horizon are informed by 19th century painting approaches. Yet the artist’s method of scraping through luscious wax and oils on panel in order to reveal hyped-up colours from underneath, lend her work a decidedly contemporary vibe. A self-proclaimed “student of light and collector of air”, Armstrong’s fascination and deep appreciation for the world outside her studio has led her to translate both the physical and metaphysical elements of nature with a certain type of reverence; her palette delicate and harmonious, her work gracefully hovers in between the earthly and the airy worlds.

Her depictions of water emphasize the mutability and interplay of light and colour, effectively creating striking landscapes of the sea and the sky. It is, however, her interest in our constantly altering relationship to the earth itself that has caused her to develop feelings of anxiety and worry, which she conveys in the subtly turbulent overtones of her paintings. The dichotomies of the natural world that Armstrong explores ultimately lead her to inhabit a still undefined space, a realm of beauty filled with ambiguity and uncertainty, where the focus is on the general sensations and impressions, rather than the concrete physical elements of the environment she/we inhabit(s).

Mary Armstrong, a professor at Boston College, has been teaching painting since 1989. She began showing her paintings and drawings at Victoria Munroe Gallery in New York and Boston in 1985, and has since been featured in dozens of group exhibitions and been lauded with multiple awards.