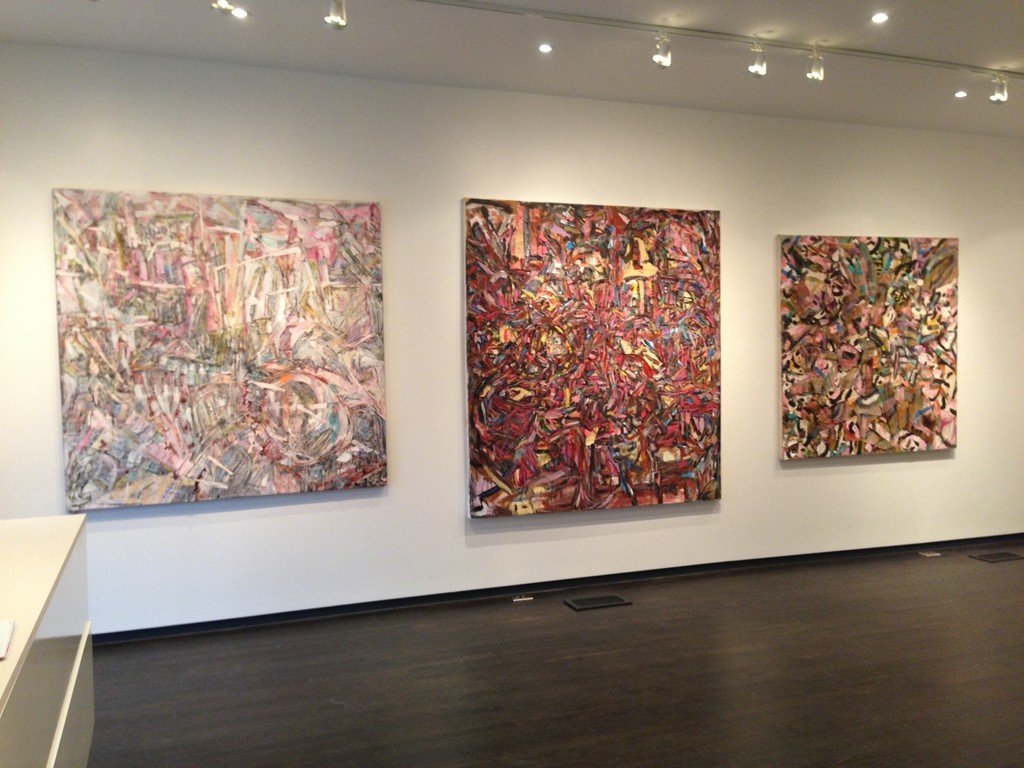 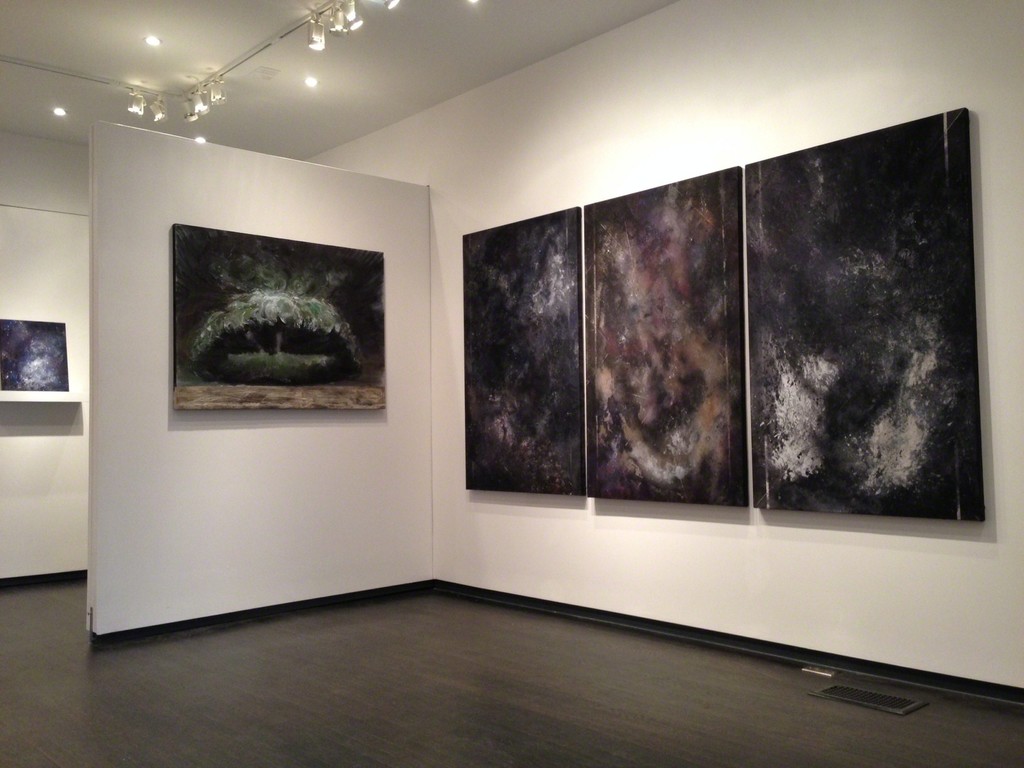 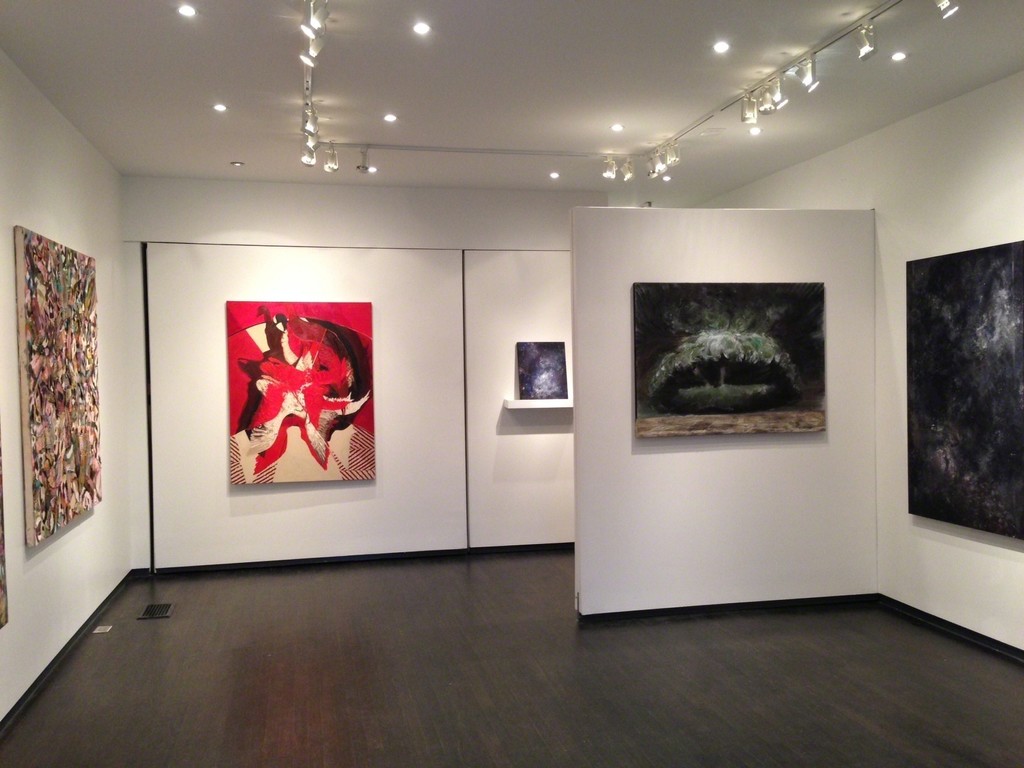 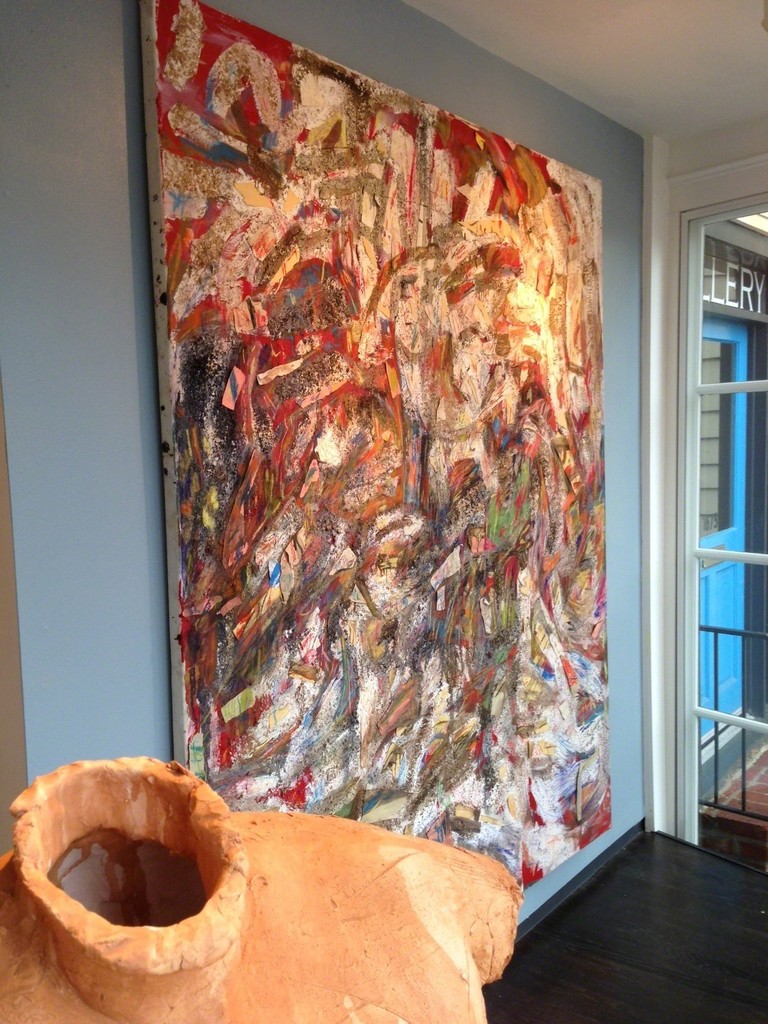 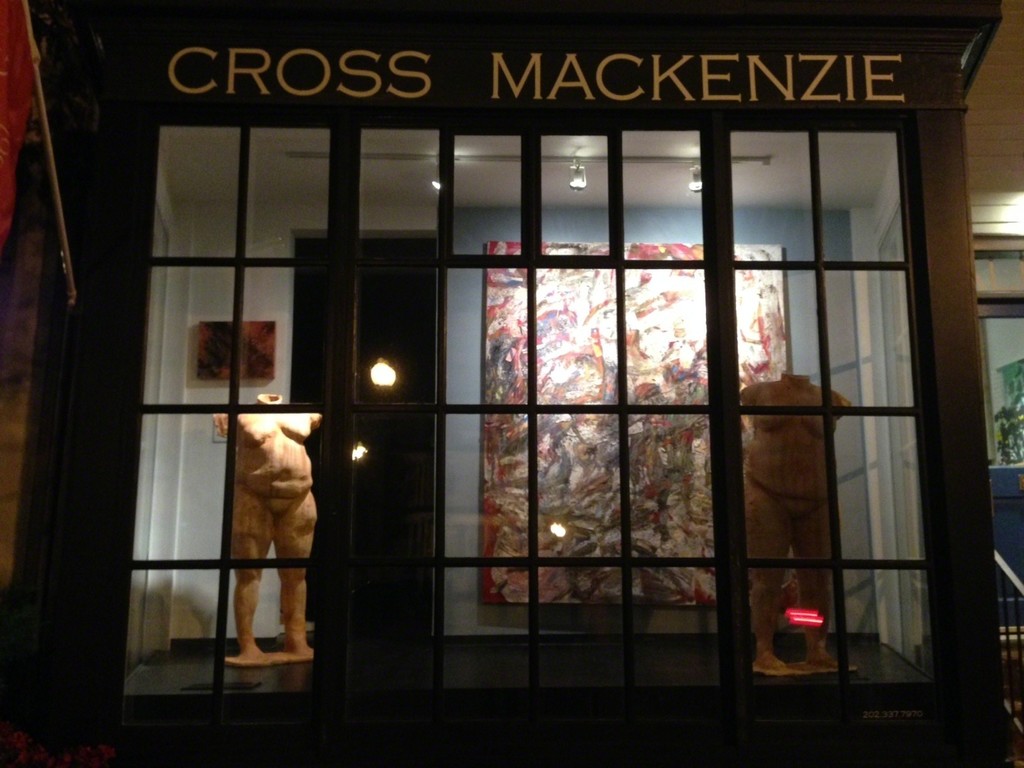 Cross MacKenzie Gallery is pleased to introduce four talented young artists as they launch their careers in the visual arts. Each artist in their early 20’s has already demonstrated their dedicated commitment and outstanding facility in their chosen areas of artistic practice.

Louise Smith covers her large canvases with paper collage - then paints over the lively surface with a highly developed harmony of color. The artist says “she is more interested in instability than of making sense of the world” but through her multiple layers of painting and paper, order emerges. After receiving her BA from Bard, she assisted the renowned mixed media sculptor, Petah Coyne in NYC.

The relationship between seemingly random objects is the focus of Maida Monaghan’s carefully rendered still life paintings. Textures and contours overlap into a puzzle of seemingly abstract shapes that reveal their actual subject matter only after close study. Monaghan creates interlocking spaces similar to the unreal spaces of M. C. Escher where dead birds evolve into winged patterns. Monaghan studied at the Art Institute of Chicago and lives and works in NYC.

Nicole Gunning has created her own terra cotta army of “Nickies” invoking the Chinese Terra Cotta Warriors. These voluptuous full-scale standing figures are self-portraits of the artist, proudly confronting the world. Even without heads, these “Nickies” face their audience assertively with an unspoken reproach for the expectation of the typical ideal female form. The artist is in the process of amassing her terra cotta armies for a solo show at Cross MacKenzie Gallery in December 2015. Nickie’s senior show at the Corcoran placed her “Nickies” up the grand staircase replacing the classical marble statues with her dynamic women of the new millennium.

“Immaterials”, Cooper MacKenzie’s book of ink drawings and poetry, was published in 2013, by Inpatient Press–NYC, under his pen name August Cross. The dark themes in these drawings of disasters ­– both urban and natural – continue in his series of paintings of menacing super storm cells and bus-eating sinkholes. Even darker and deeper are the new outer space paintings. Though the views of the starlight twinkling night skies themselves are beautifully painted, with flecks of dry iridescent pigment of Yves Klein blue floating over black washes soaked into the canvas, this infinity is still very ominous. Living in NYC since graduating from Bard, MacKenzie has been assisting the prominent painter Garth Weiser.