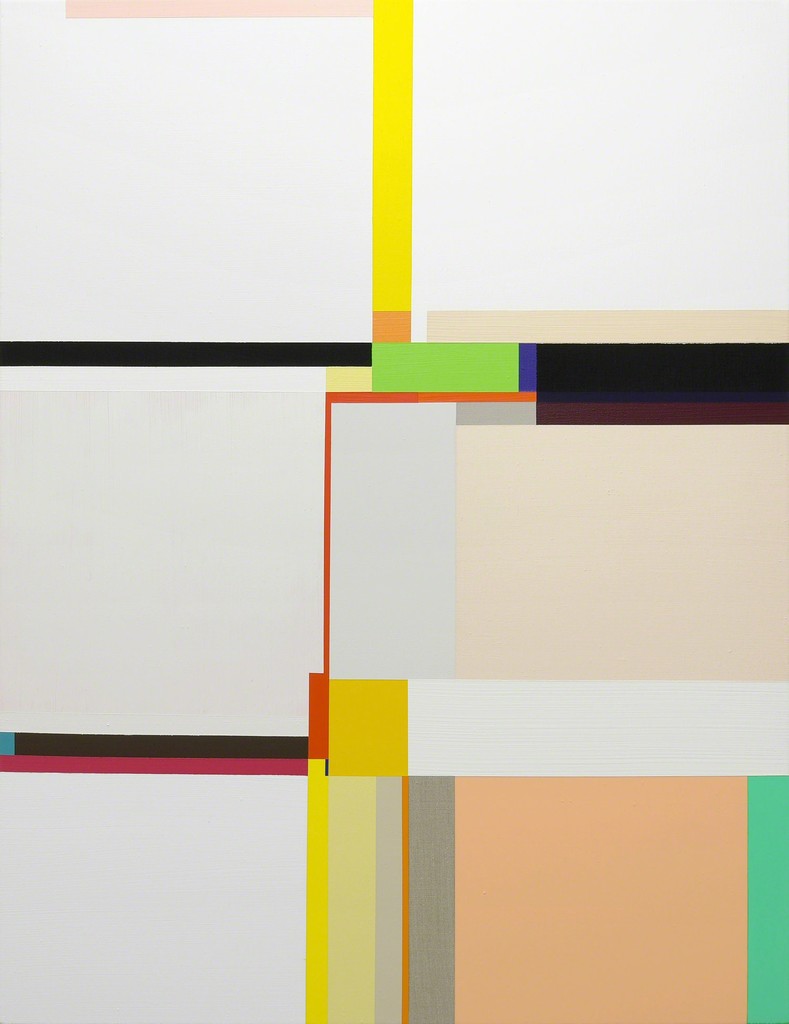 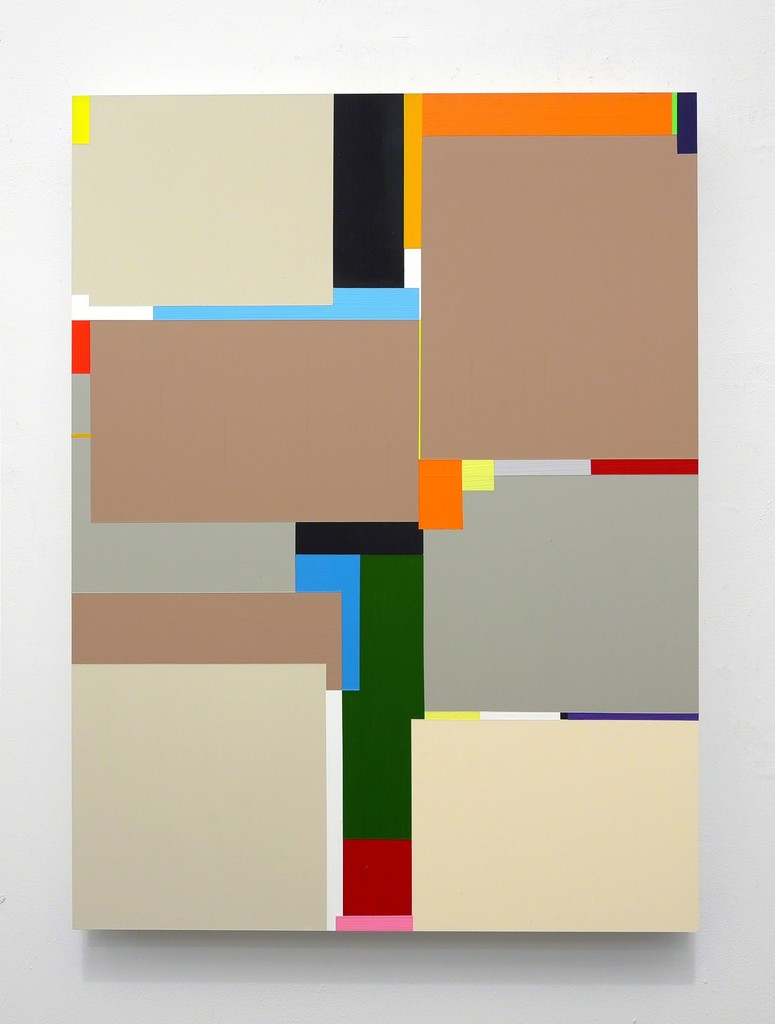 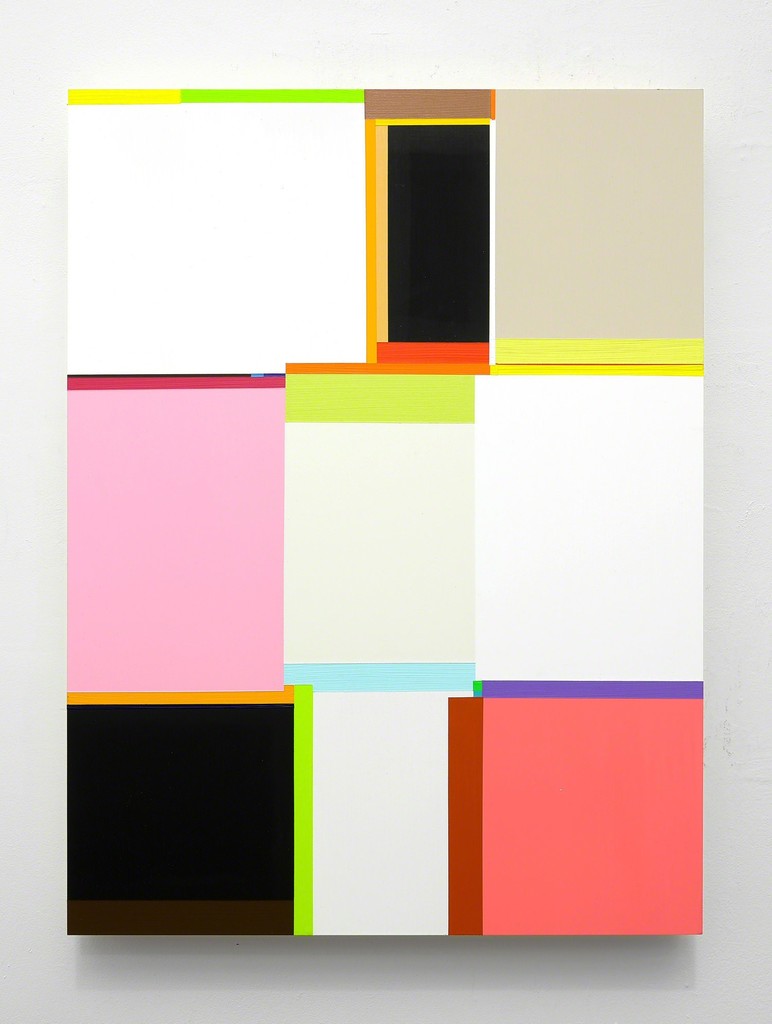 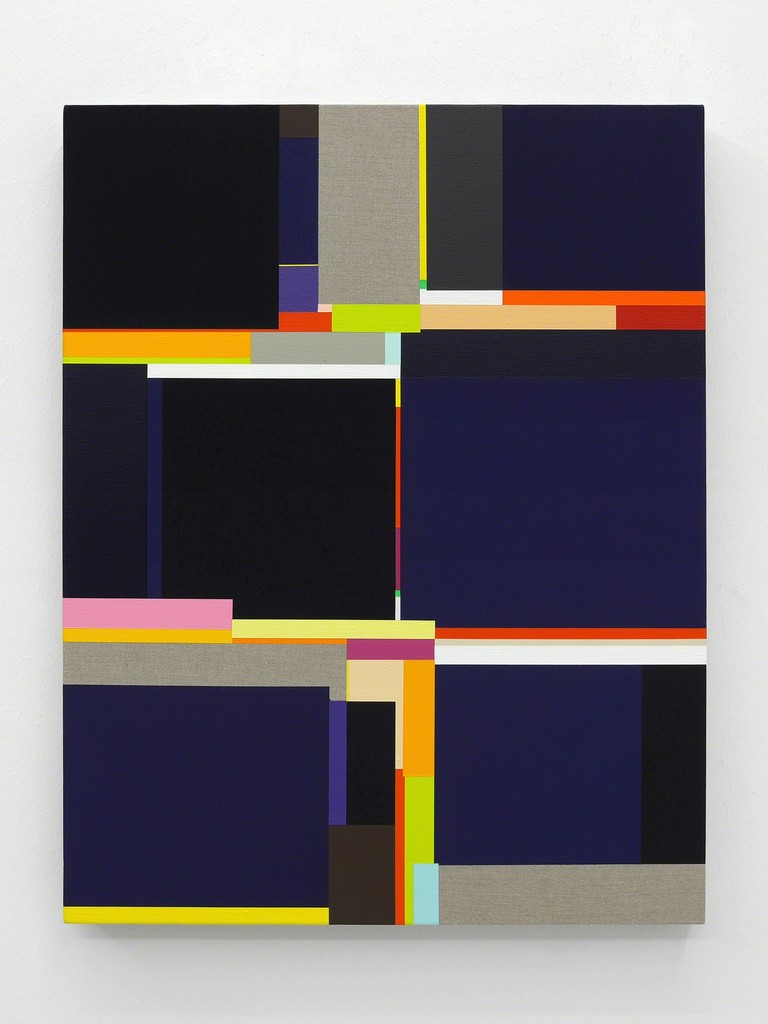 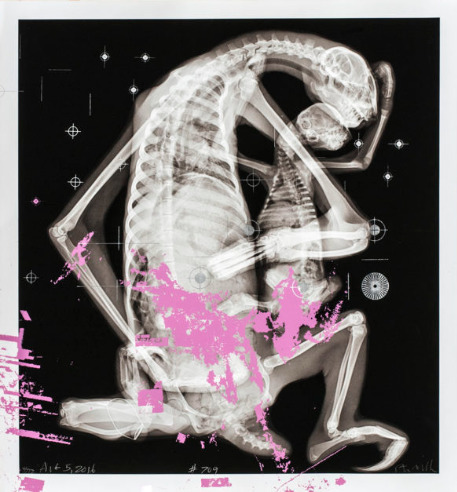 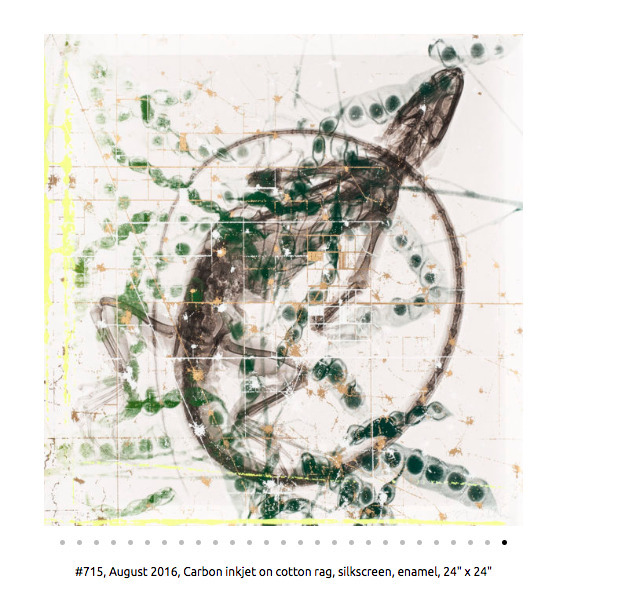 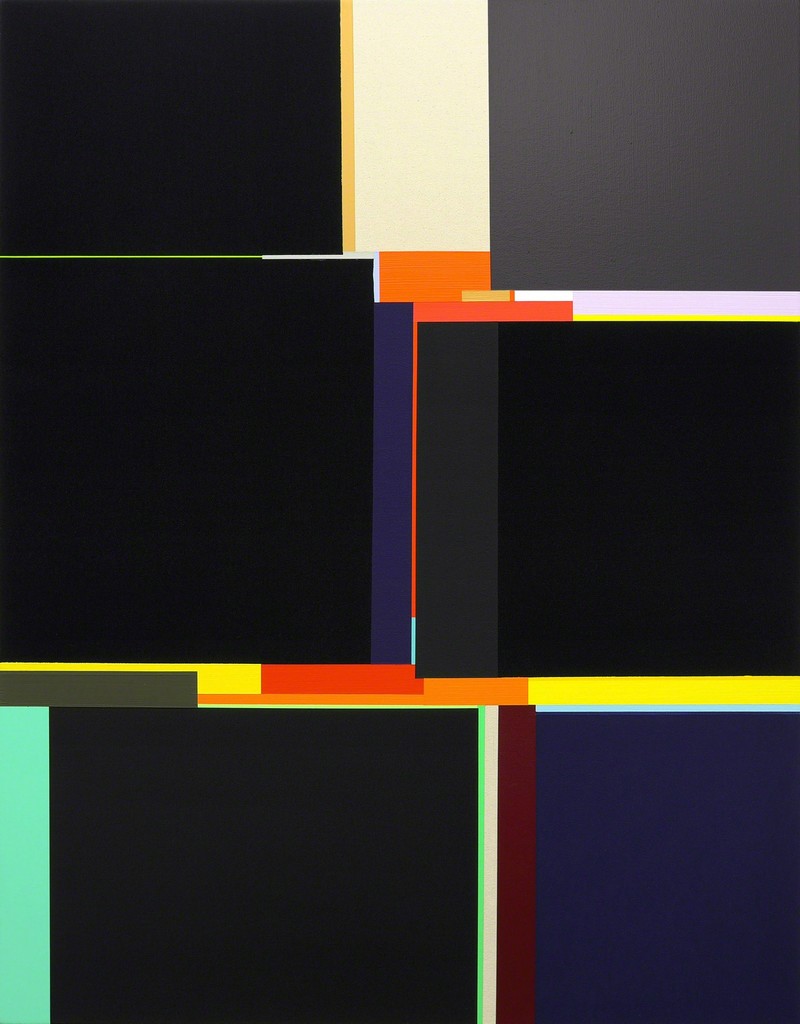 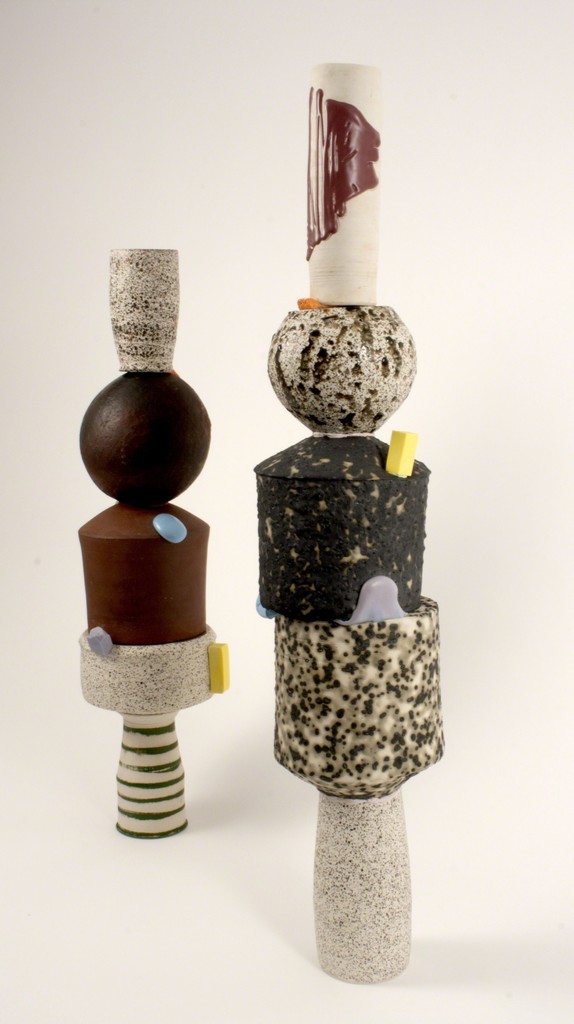 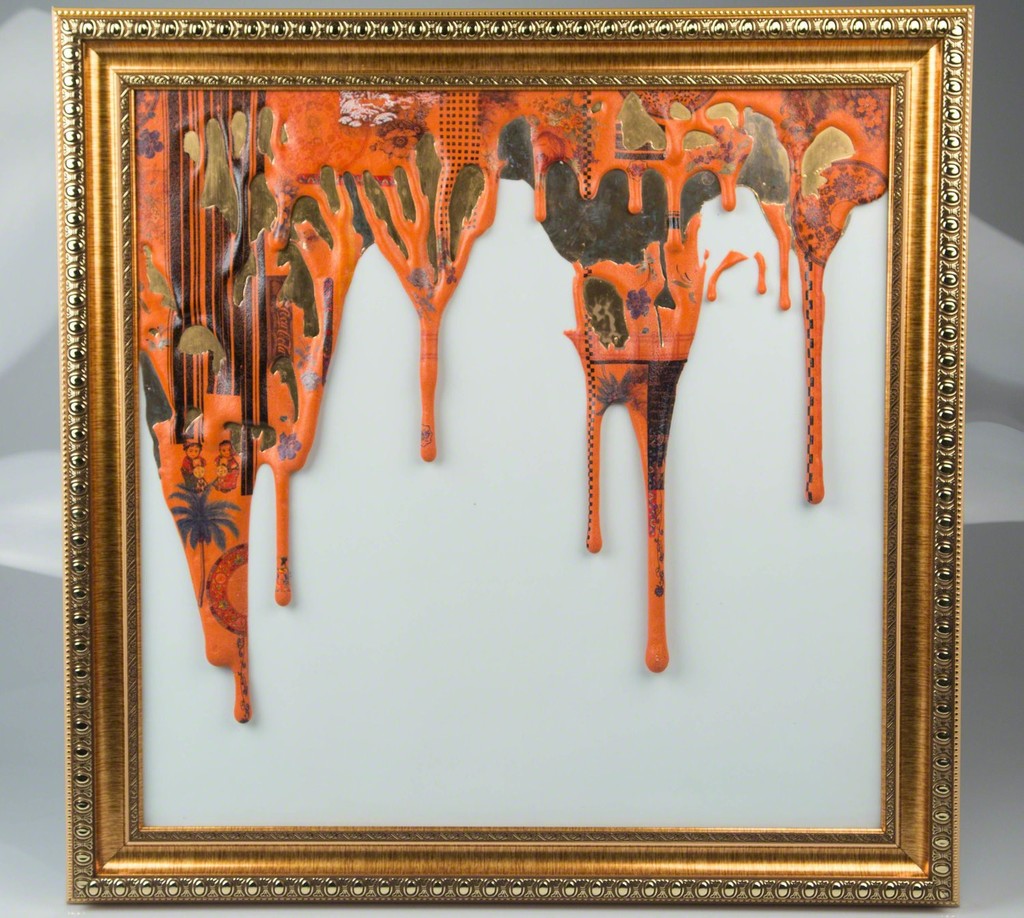 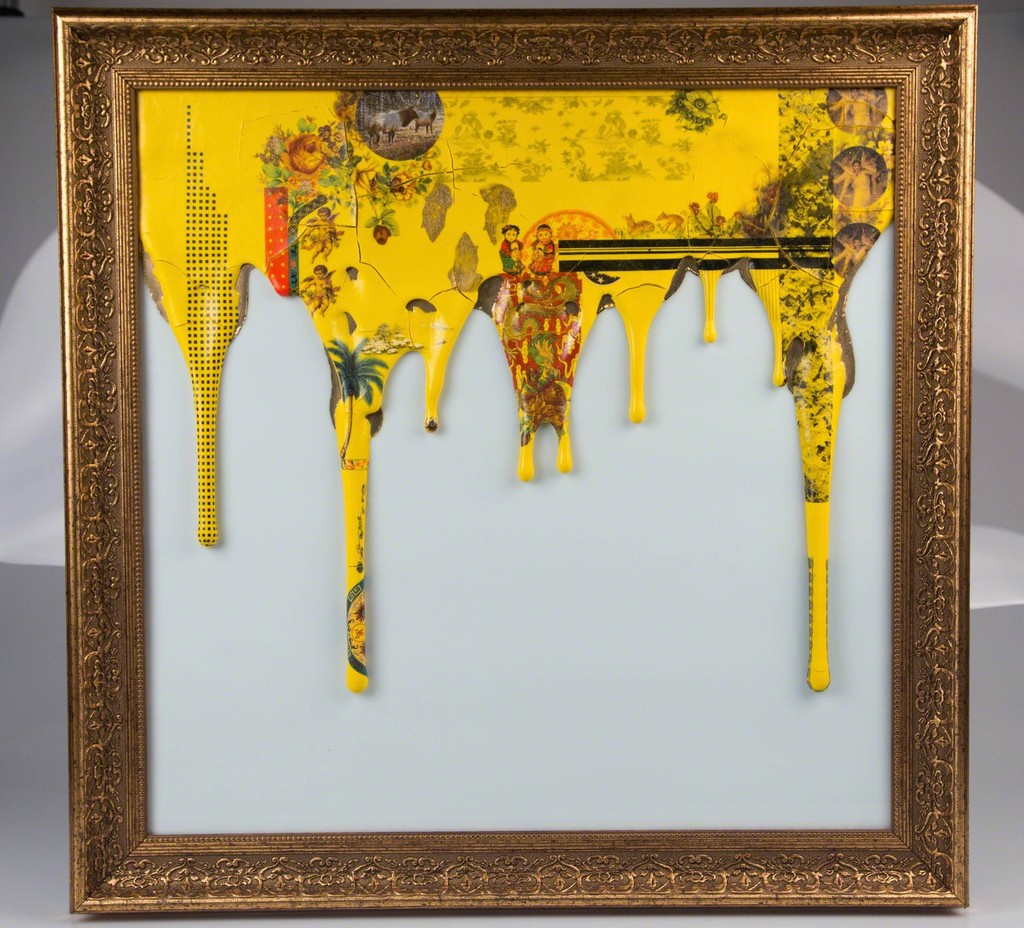 Steve Miller is a multifaceted artist who has been working at the intersection of art and technology since the 1970s. His recent exhibition at the National Academy of Science in Washington DC, featured works from his timely and relevant series, “The Health of the Planet.” Recognized as a pioneer of the SciArt movement, Miller’s work has tackled such subjects as financial commodity trading, Rorschach blots, DNA, and unconscious dreaming, to name a few. Miller’s current body of work uses x-ray images of flora and fauna native to the Amazonian rainforest, upon which he then layers screen-prints and paint, including satellite maps of the bulldozed logging roads. These multiple layers underscore the threat to the delicate balance and interdependency of the forest and rivers and their creatures – the “stratum” of nature. On the “micro-scale,” penetrating the surface and time, the x-rays peer through the beauty of the skin of the animal towards its future skeletal remains. And on the “macro-scale,” images from space revealing the massive scale of the exploitation of resources. Lou Jacobsen writes in the Washington City Paper they are “strikingly beautiful.”

Nicholas Geankoplis is an American ceramic artist who spent the past four years working and teaching at the Central Academy of Fine Arts, Beijing and in Jingdezhen, the porcelain capital of the world. While in China, he began pushing the boundaries of traditional glazing methods and porcelain techniques, as well as examining the visual language and history of transfer-ware. Developed for the mass production of ceramics exported to the West, transfers copied original hand-painted motifs and made it possible for the whole world to become familiar with classical Chinese designs. Geankoplis developed an extraordinary and unique method of applying this classic transferred Chinese imagery onto his thick, three-dimensional glazes that create a pattern in full relief that appears to defy control and understanding. His oversized porcelain tiles are imported from China where they exclusively have the ability to create perfectly flat porcelain tiles of that large scale, but the abstract expressionistic treatment of the glazes is pure mid-century New York. The stratum of layered imagery combined with the clash of Eastern and Western techniques on top of Eastern and Western cultural references is compelling and a visual metaphor for the popular economic concept of globalization.

Finally, the stratum of Alex Zablocki’s work is manifest in the layering of unlikely shapes and textures around a central vessel. Familiar spheres and blocks, alongside inventive geometries radiate out from all sides to build playfully contrived arrangements. Zablocki, who holds an MFA from Alfred University, draws much of his inspiration from utilitarian ceramics, which he deconstructs and reconfigures with theatrical hyperbole to elevate the implied tension within his pieces. The exuberant experimental spirit in all three of these artists is a common language their work shares, and in which we can all delight.