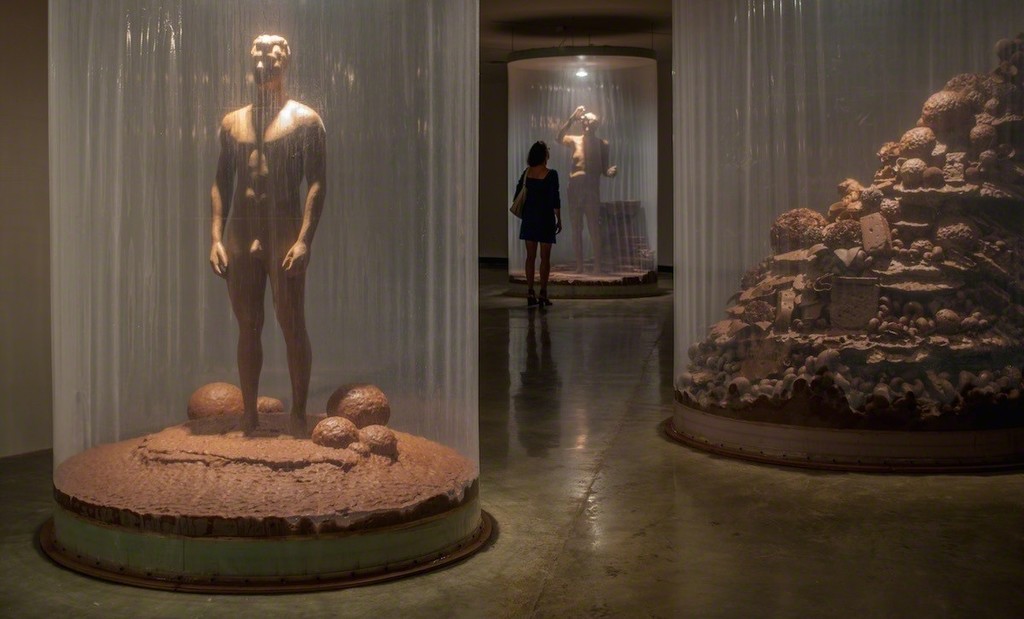 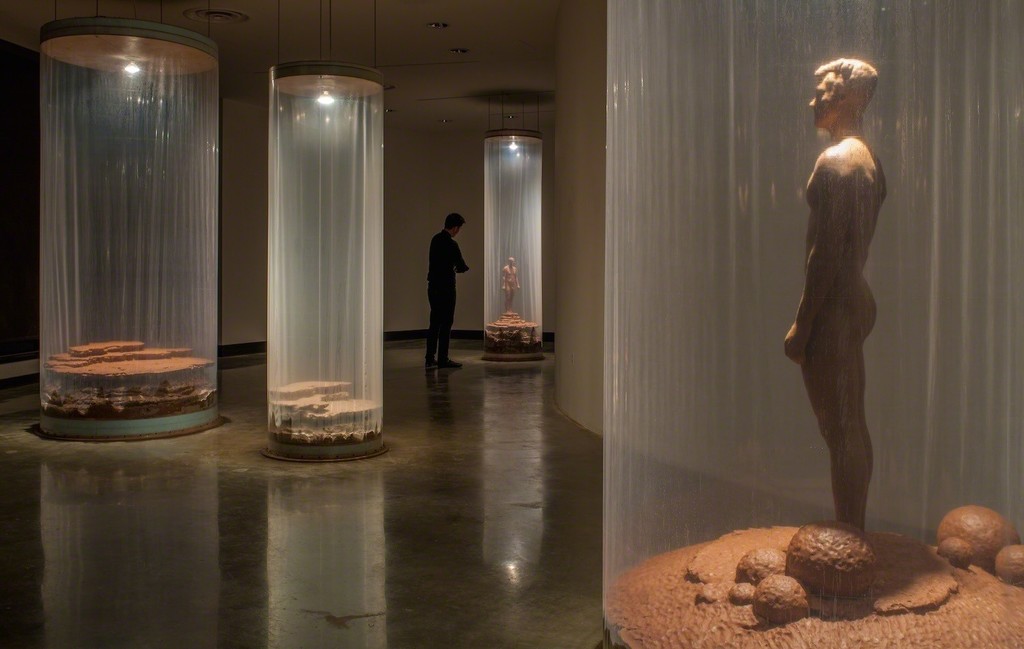 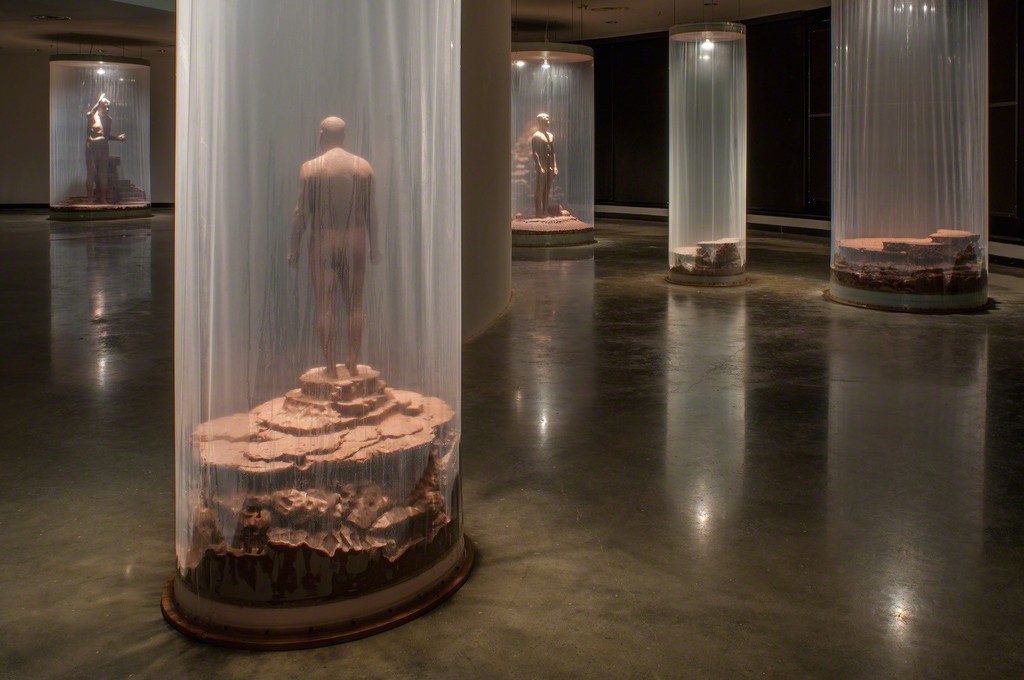 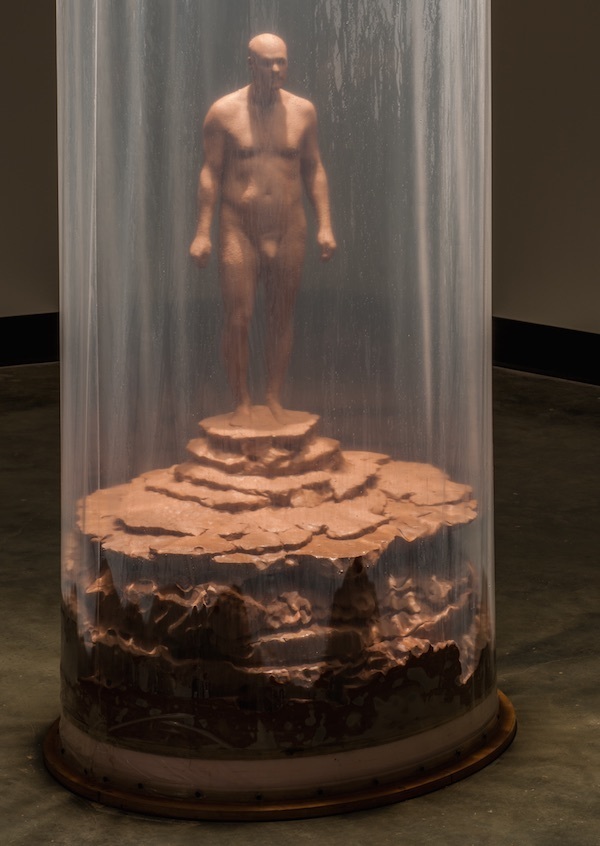 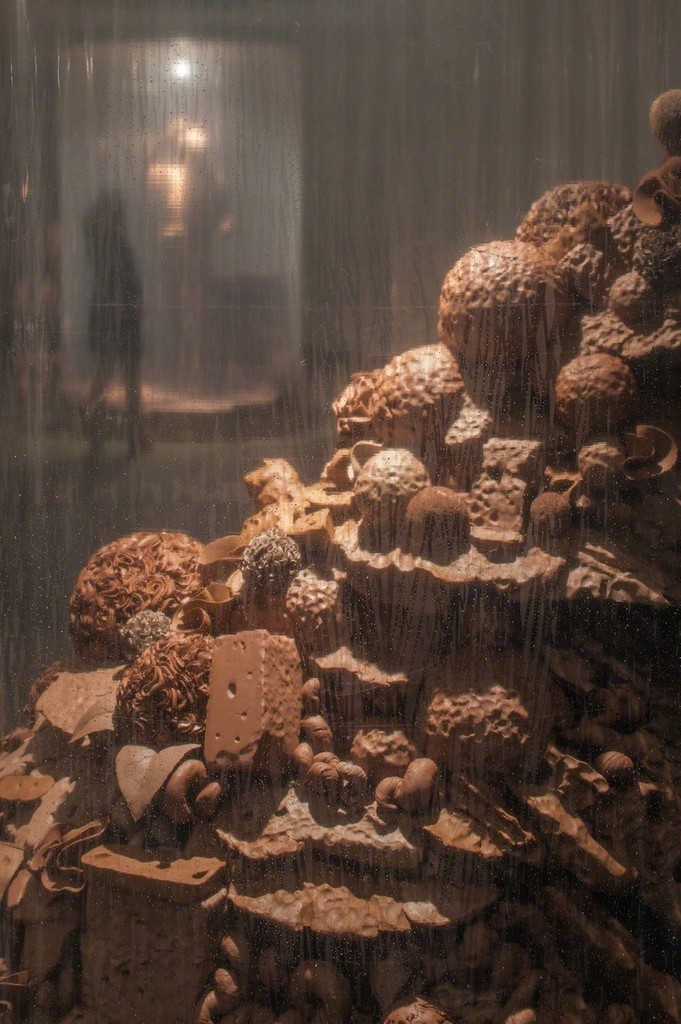 Cross MacKenzie Gallery is proud to present an exhibition of new ceramic sculpture and photographs by acclaimed sculptor Walter McConnell, concurrent with his monumental wet clay installation on view at the Katzen Arts Center. His "wet works" are unfired environments created on site, encased in plastic sheathing forming terrarium-like worlds that remain moist and alive through the constant process of condensation within, mimicking in miniature the natural cycle of growth and decay. These site-specific pieces employ many tons of raw clay, and require teams of assistants to install - the process fascinating performance art in itself that includes the dismantling of these ephemeral creations.

The Katzen Arts Center installation features several encapsulated unfired clay figures created from a high-tech, three-dimensional body-scanner and rapid prototyping of the artist himself and other family members, which will emerge from the heaps of clay earth beneath. The nudes, made of the same raw material ­- references the beginnings of life itself. McConnell's earlier installations with titles like "Itinerant Edens" and "Effluvial Bloom" acknowledged that subject directly. His Adam appears alienated and alone, walled off in the hazy plastic environment, made unclear whether this Eden is the dream of earthly paradise or the remains of a once fertile garden. The viewer is left to wonder whether the shifting world McConnell creates is out of reach because that perfect world is only in our imaginations - remove the protective thin layer of plastic sheet and the whole sculpture turns to dry dust.

In June 2016, the Freer and Sackler Galleries will present two of McConnell's monumental assemblages of cast porcelain pyramidal sculptures as the centerpiece of their "Chinamania" exhibit. Hundreds of individual pieces of slip cast and glazed porcelain; faux-Ming vases, kitschy figurines, Disney dwarves and grandma's collectibles - form his now iconic stupa-like forms. McConnell's signature crystalline glazes burst across the surfaces, creating a rich patina of contrasts and baroque excesses. The clash of cultures is intentional as the artist presents the viewer with multiple hidden messages embedded in the juxtapositions. McConnell's extravagant floor-to-ceiling ceramic creations become greater than the sum of their parts and celebrate the continuing fascination with "China" collecting.

"The ceramic archive recycled and compounded to excess in McConnell's resplendent porcelain towers, is evidence of a collective unconscious - vastly weird and wonderful - at the core of our acquisitional urges and desires." - Walter McConnell