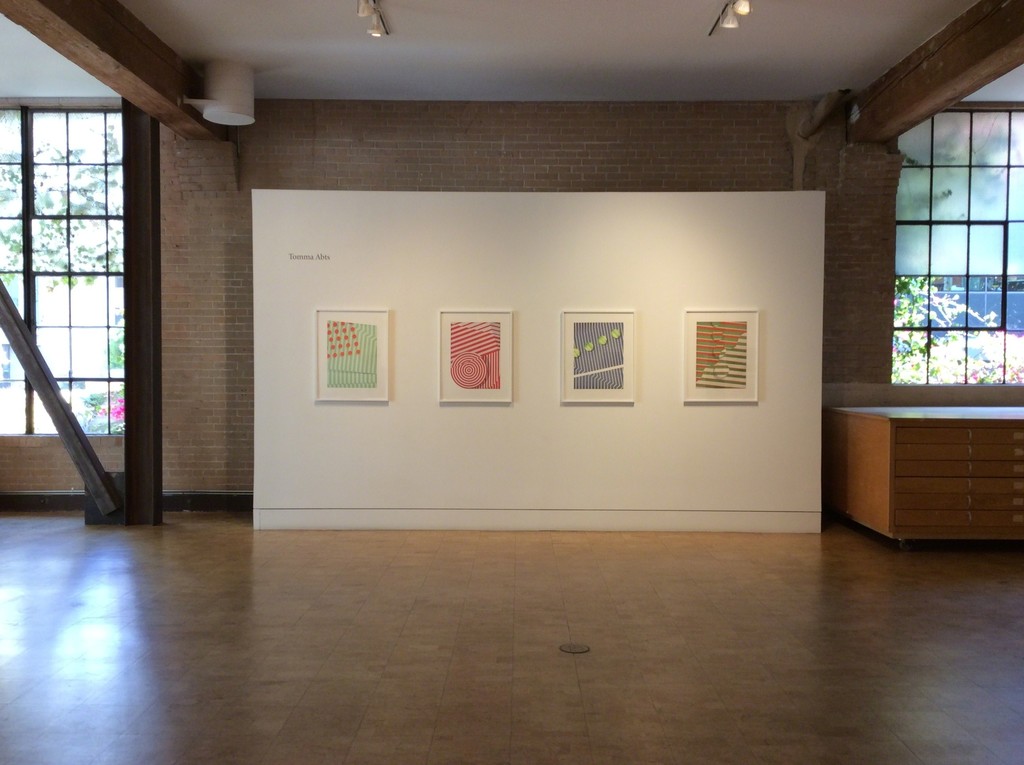 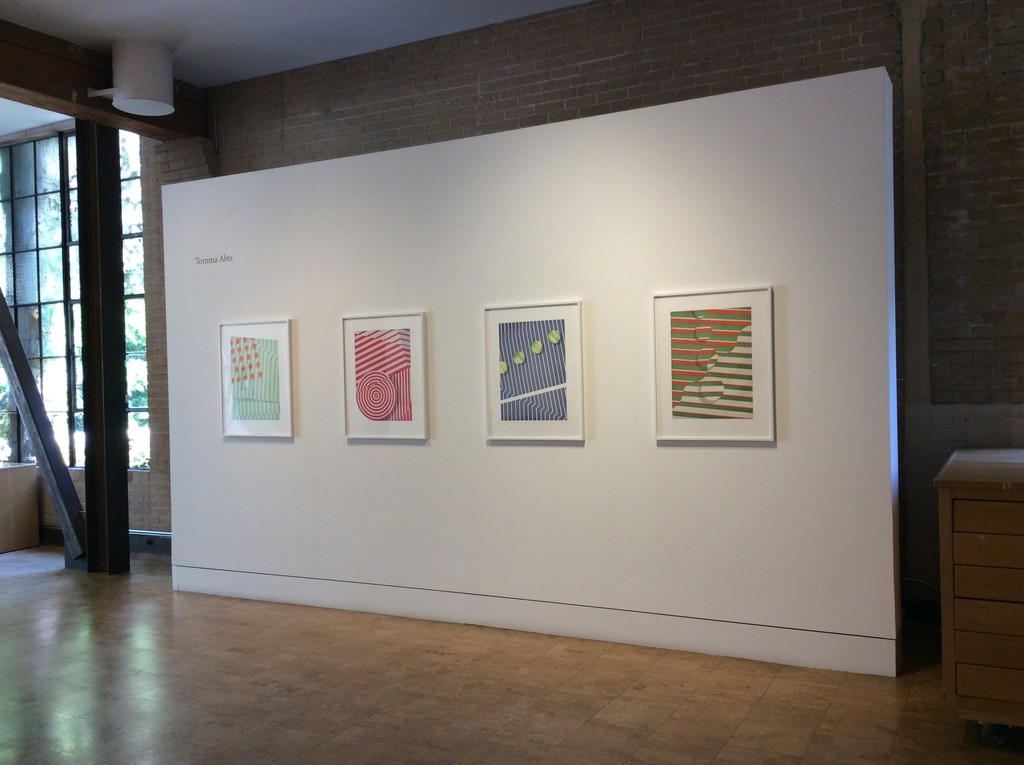 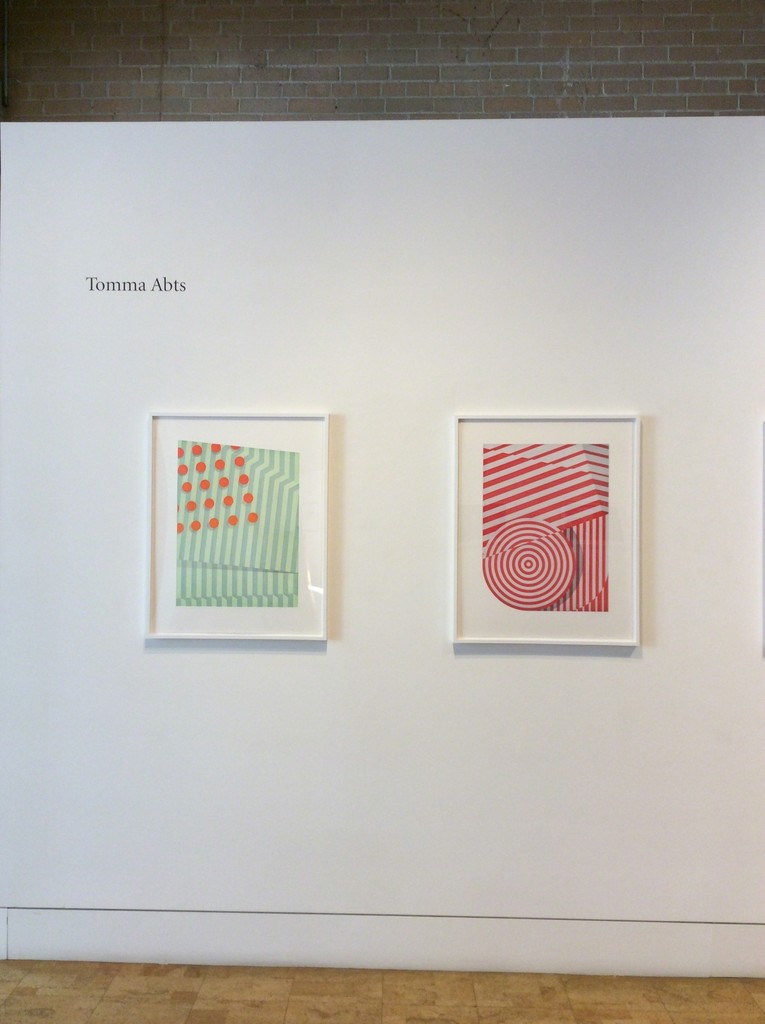 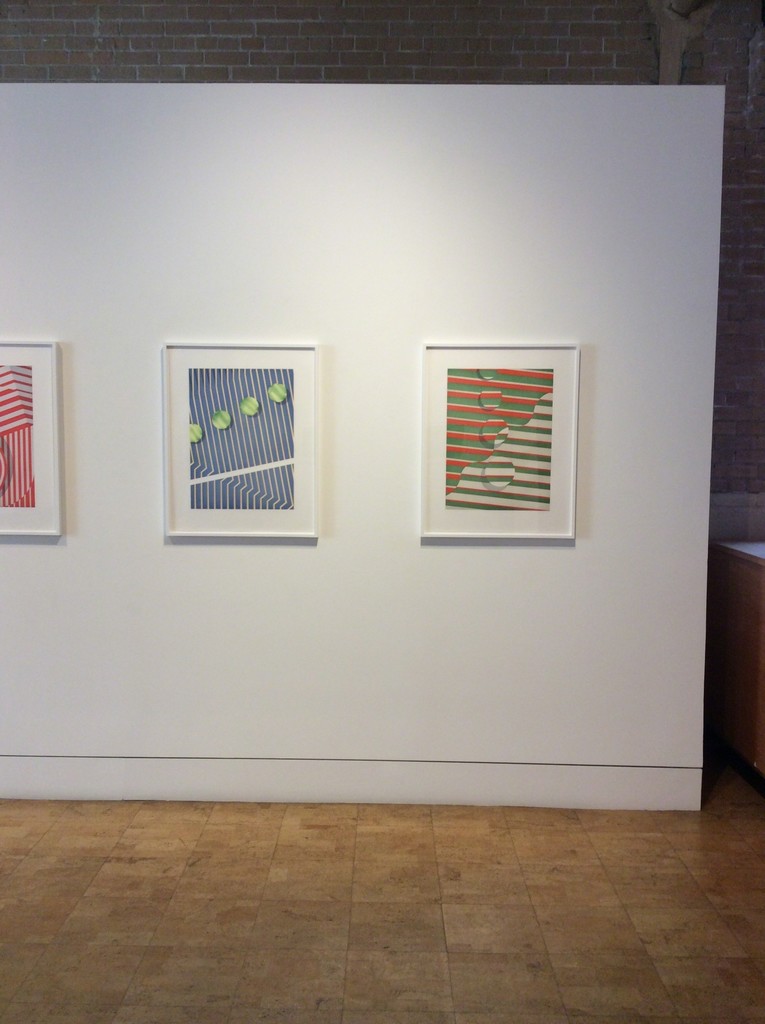 This exhibition marks Abts’ second project at Crown Point Press. The first occurred in 2009. Abts is best known for her abstract oil paintings that often use geometric elements to make them appear woven or built up. In these prints Abts employs graphic shapes and lines, and lets the medium guide her intuitively through the process of creating each piece. The works’ colors, parallel lines, and shadows create a trompe l'oeil effect, continuously drawing the viewer’s eye around the print. Abts often titles her work arbitrarily, using a dictionary of German first names. These prints are titled using descriptions of the shapes in each print. According to Abts, the shapes of the plates were the starting points for these etchings, and helped to determine the content of each piece.

Tomma Abts (b. 1967 in Kiel, Germany) lives and works in London. Abts gained international acclaim in 2006 when she was awarded the prestigious Turner prize by the Tate Modern in London. Her work has been included in major international exhibitions such as the Berlin Biennial (2006); Carnegie International, Pittsburgh, Pennsylvania (2004); and the Istanbul Biennial (2001); among others. She is represented in public collections internationally, including The Art Institute of Chicago; Carnegie Museum of Art, Pittsburgh; Hammer Museum, Los Angeles; The Museum of Modern Art, New York; San Francisco Museum of Modern Art; Staatsgalerie Stuttgart; Tate Gallery, London; and the Walker Art Center, Minneapolis.

The exhibition is on view in the gallery until October 27.