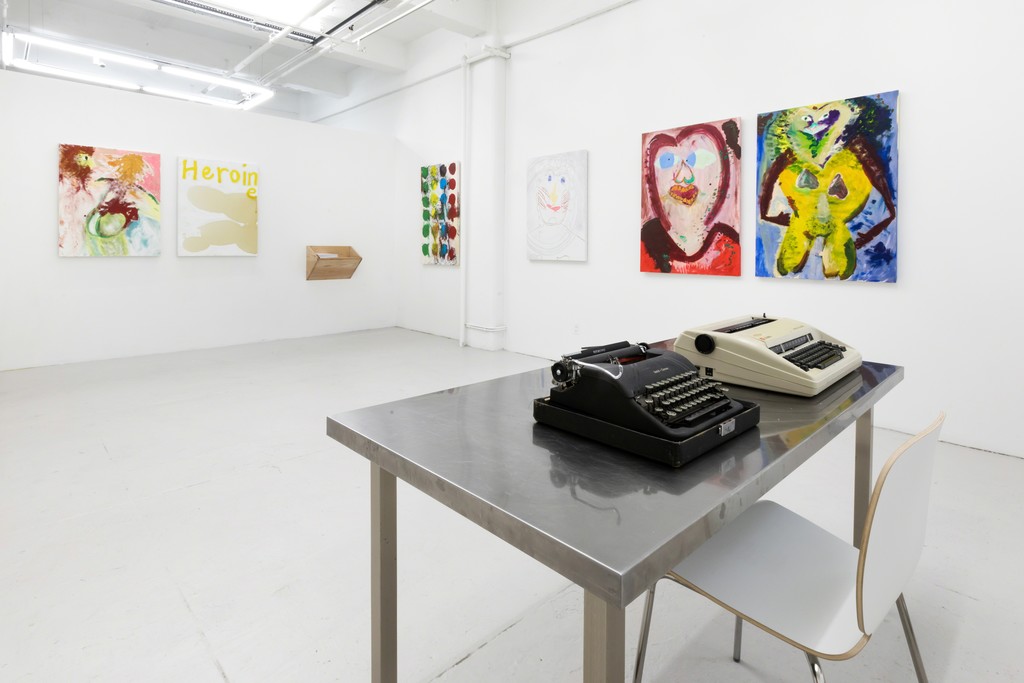 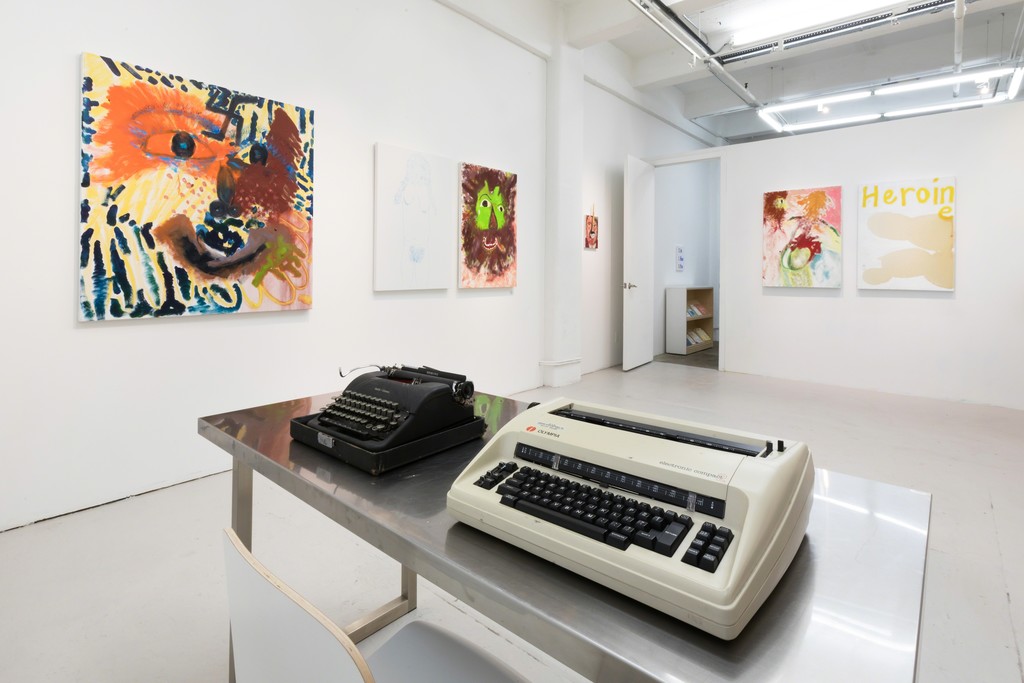 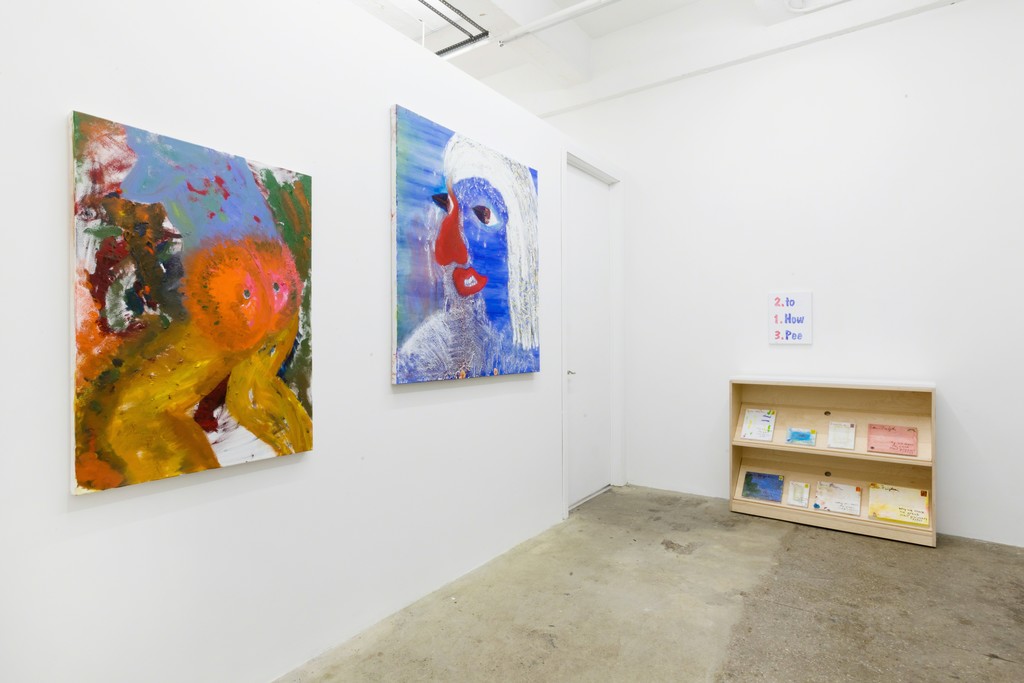 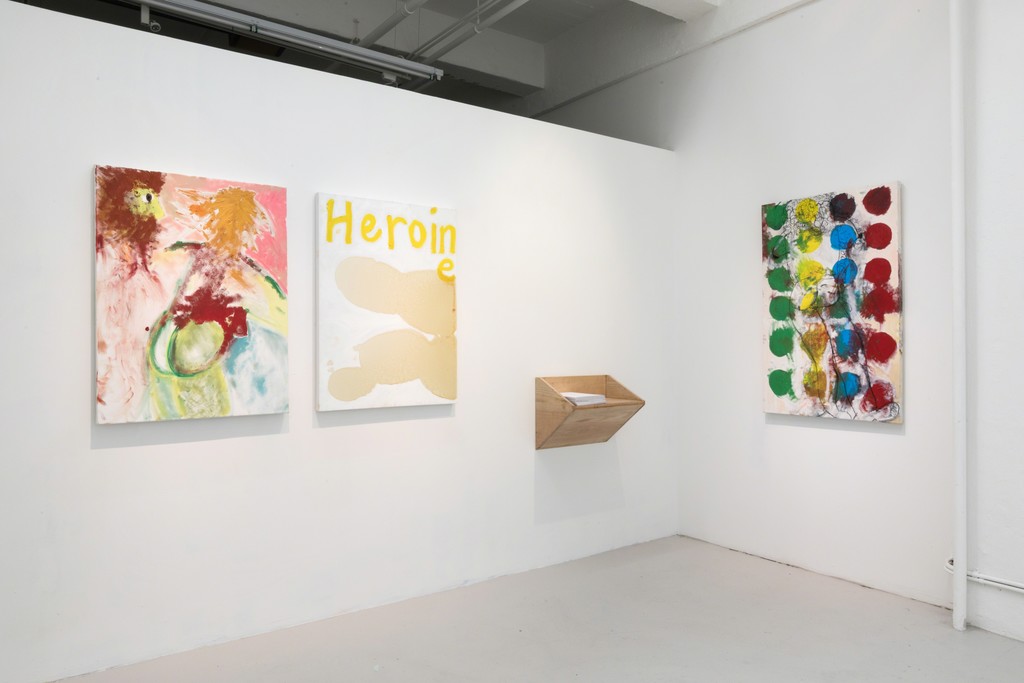 February 8 – March 10, 2018
Opening Reception: Feb. 8, 2018, 6-8PM
Have you ever wondered how to achieve self-actualization while never having to leave your bed? Well I have a few ideas and if you do too, we should join forces, create a product and go on Shark Tank.

While films have The Bechdel test, my works have to comply with The Brecht test, which starts with an absurd idea, yada yada yada, and I’m here today showing you my work.

Every Sunday I have coffee with Balzac. It takes us all day.

You never realize how good you have it until you are in excruciating pain.

A viral phenomenon of writing novels. A novel approach to viruses.

Women, ohh women, chronic pain, chronic painting, the male gays, the 12 steps, swastikas, portraiture, car accidents, Nochlin, Schnabel (does he even come up in conversation anymore? All jokes aside, Diving Bell was a fantastic film), and David Salle’s confidence. Could I ever be such an authority figure? Nope. Then there is Hitler’s moustache, hearts, tits, breasts, shits, butts, stretch marks, curly hair, my jew nose, color, vibrant color, Cyclopes, and therapy— years and years of intensive therapy. Jews use the term ‘movement’ in two very different ways. One is a school of thought and the other is a bodily movement. At the end of the day, both mean shit.

Lauren Faigeles (Younger than G-d), has visited exhibitions at museums across the globe including the Metropolitan Museum of Art, New York; the Guggenheim Museum Bilbao, Spain; the Hammer Museum, Los Angeles; and the Whitney Museum of American Art, New York. Faigeles has read The New York Times cover-to-cover on more than one occasion, reads The Brooklyn Rail when a friend sends her an article that is declared a “must read!” Faigeles has used the Google search engine to look
at art she is too lazy to visit in real life. She visited Venice during the 2011 Venice Biennale but was unaware at the time that it was going on. This is Lauren Faigeles’ NY solo debut exhibition.