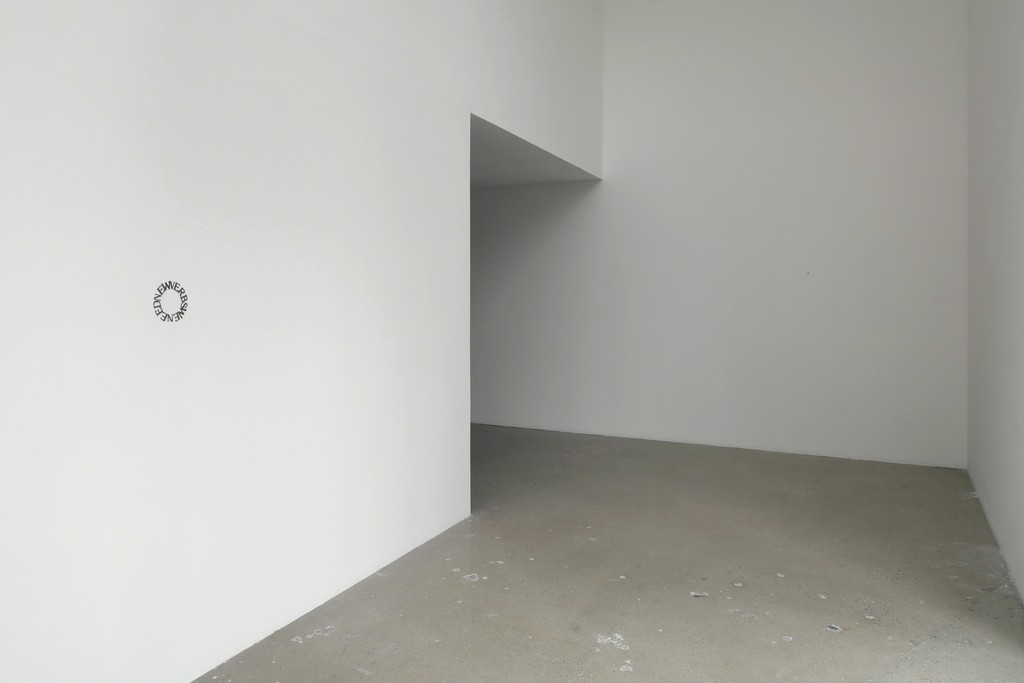 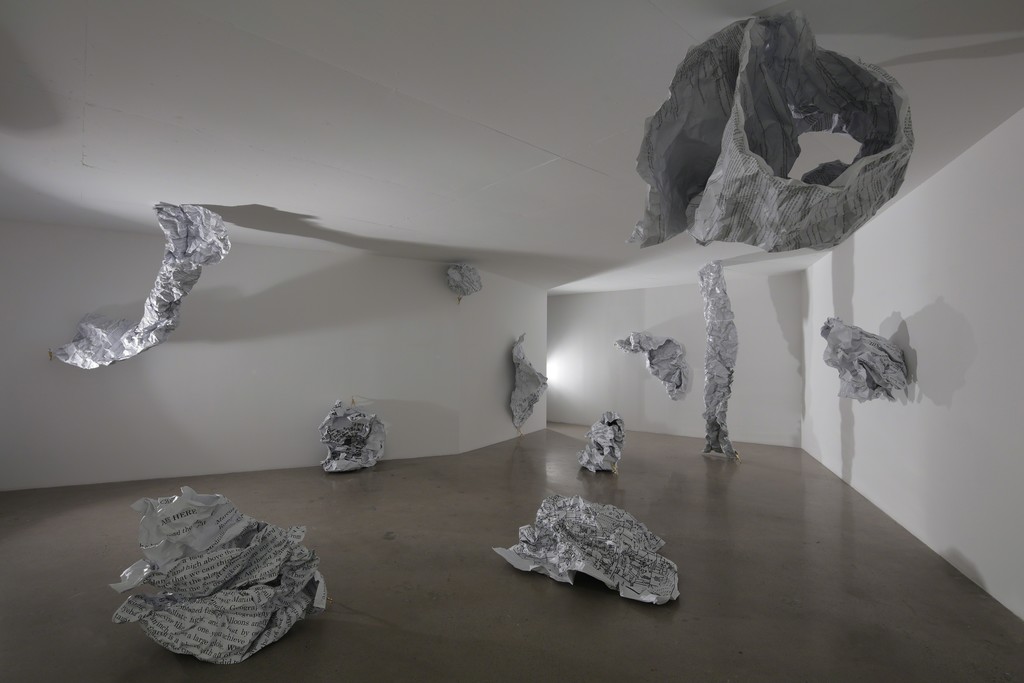 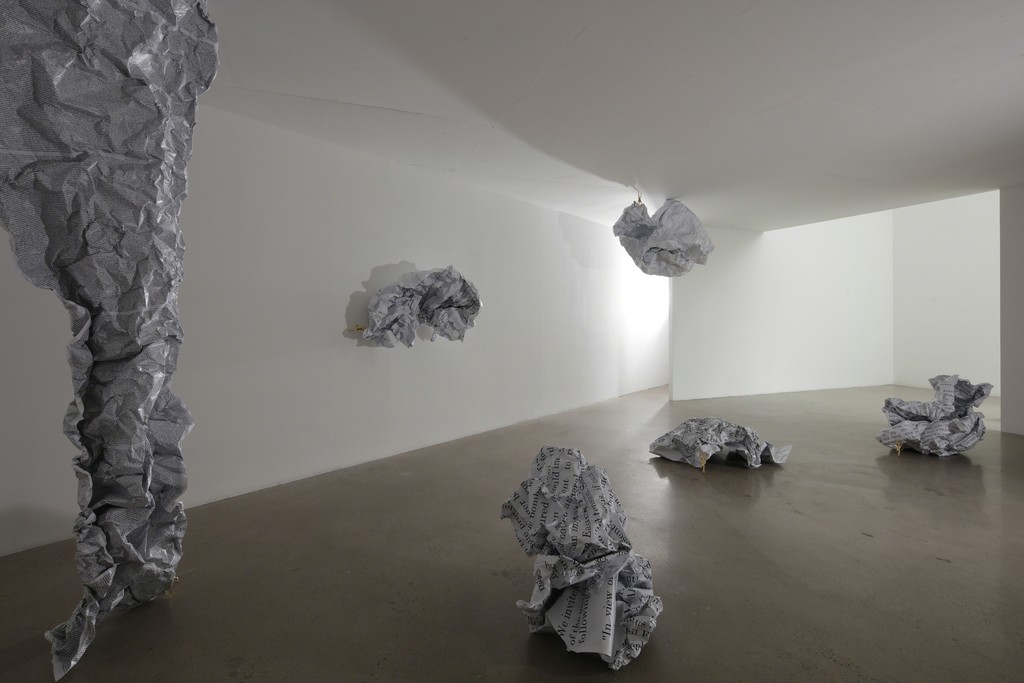 The artist has been investigating the theme of utopias and distopias over the past few years, in an attempt to reach a more promising future and to invite the visitor to reconsider the society he lives in.

Ship Of Fools features Chronic Stubbornness, a series of 14 sculptures, which occupies the main part of the exhibition. Made of bronze and aluminum foil, they represent the myth of Sisyphus and the “philosophy of the absurd” in a cynical and contemporary way.
Sisyphus was condemned by the gods in Greek mythology to lose his sight and to forever push a huge rock up a mountain, only to see it coming back hit him, repeating this action for eternity. Sisyphus thus found himself in a perpetual cycle of meaninglessness. This character is used as the model of Abúndez, who plays with his own image and archetype by placing in his hands, instead of a rock, texts and writings like the Code of Ur-Nammu of Sumeria, The Hebrew Ten Commandments, Thomas Moore’s Utopia and even original texts produced by himself, including Manifesto for Thistopia amongst others. Making reference to a utopian thought having gone through several readings and interpretations in time and history, these crumpled texts all have in common the attempt and endless struggle to improve human life in speculation and theory that, despite being great on paper, are extremely hard to obtain in reality.

Restituting literary attempts to exert a better society in a contemplative context, Octavio Abúndez proposes an exercise to identify something resolutely positive that in turn could match with the nonsense and madness, since as we push our aspirations forward into the future, we are not only pushing for ourselves but for others. It is a search that seems to benefit all, thus overcoming our own individuality and being apparently the only option that motivates human existence. (we only have to try pushing these ideas) (The desire for control and order)