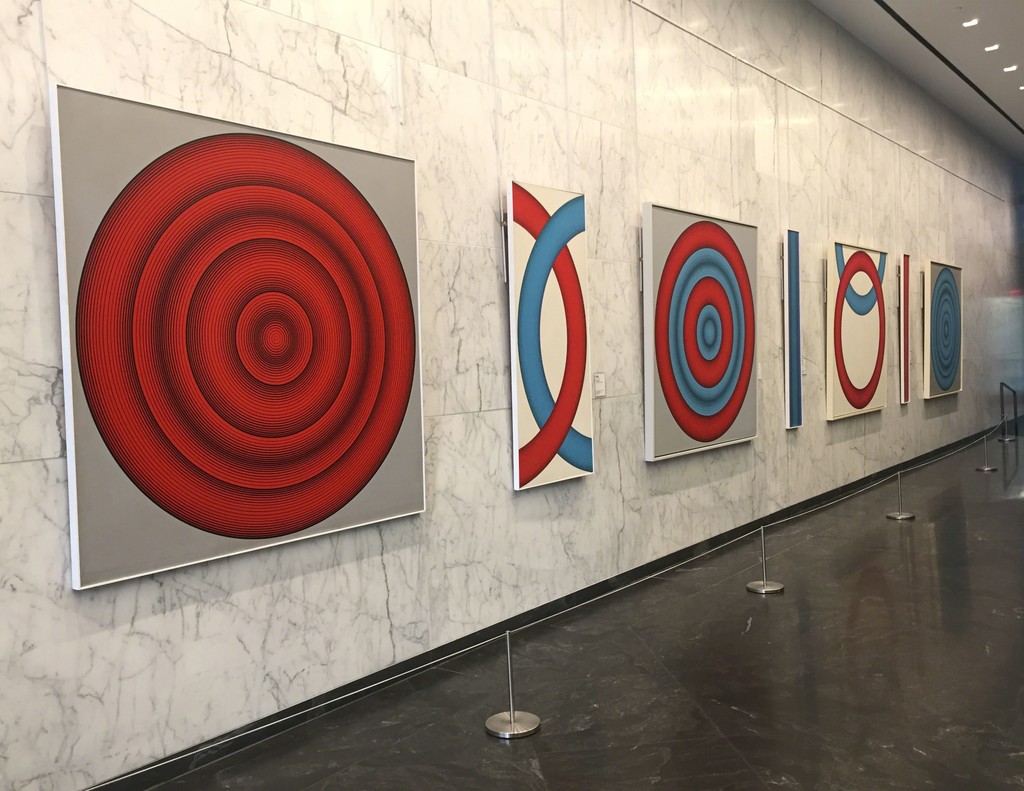 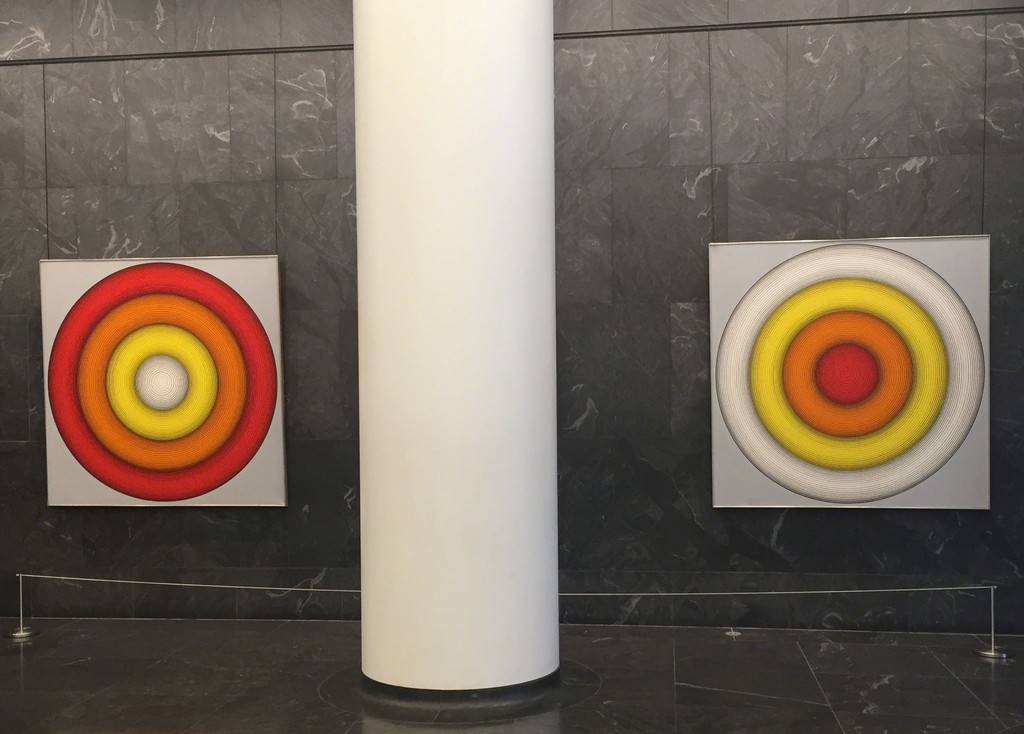 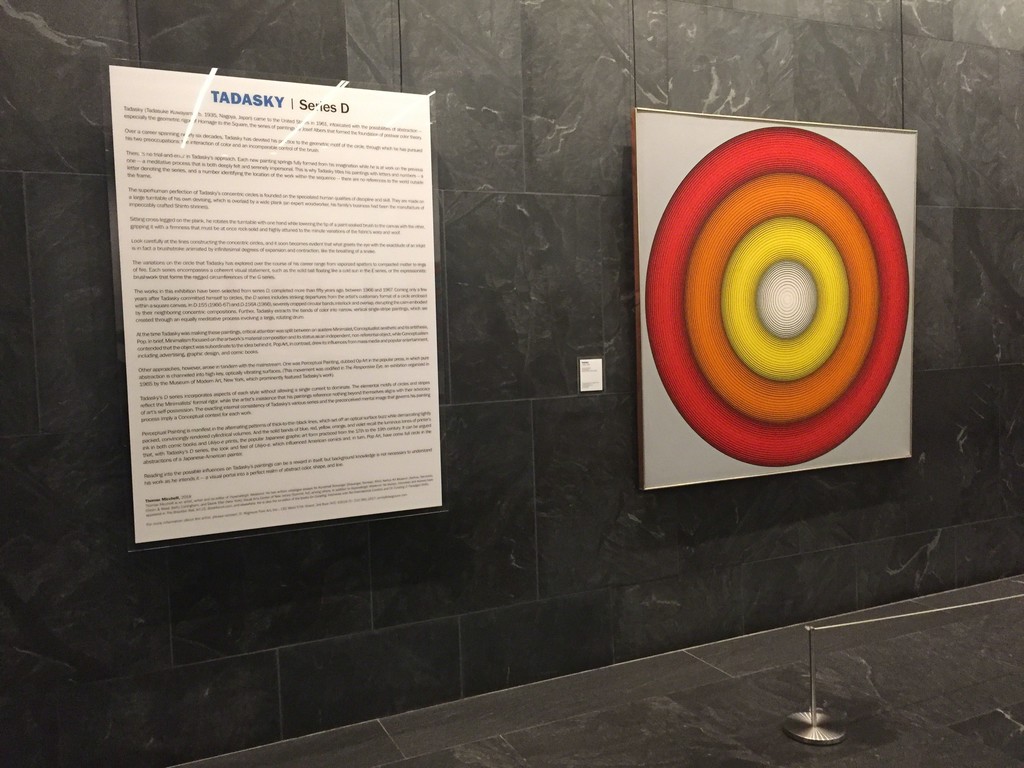 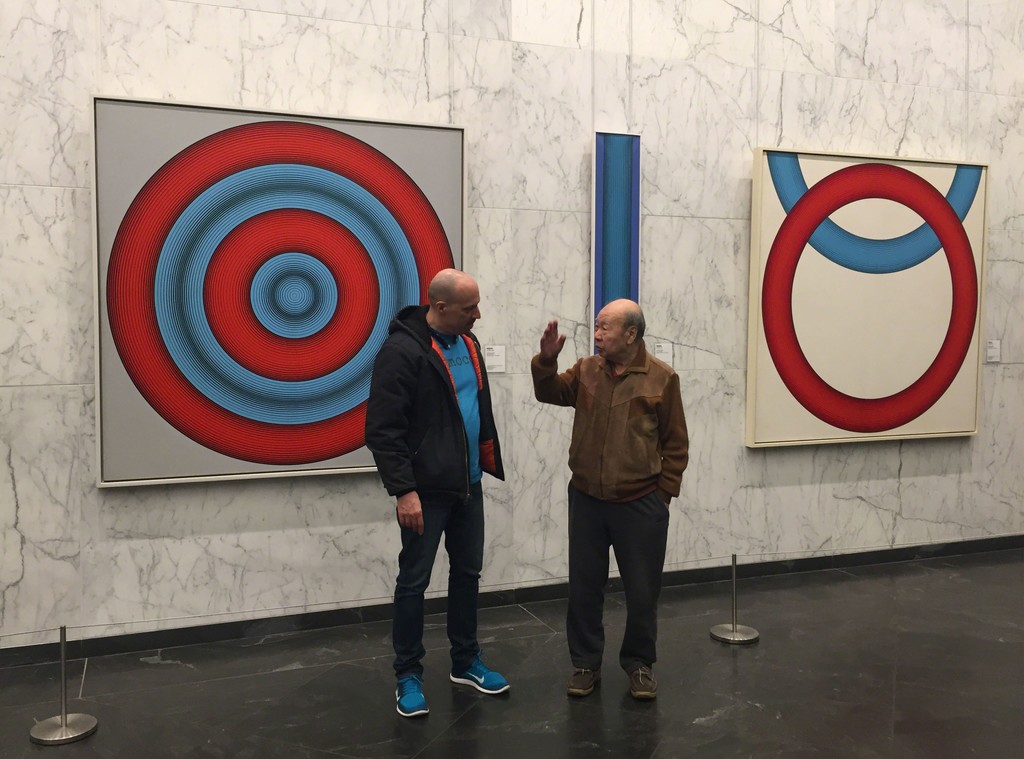 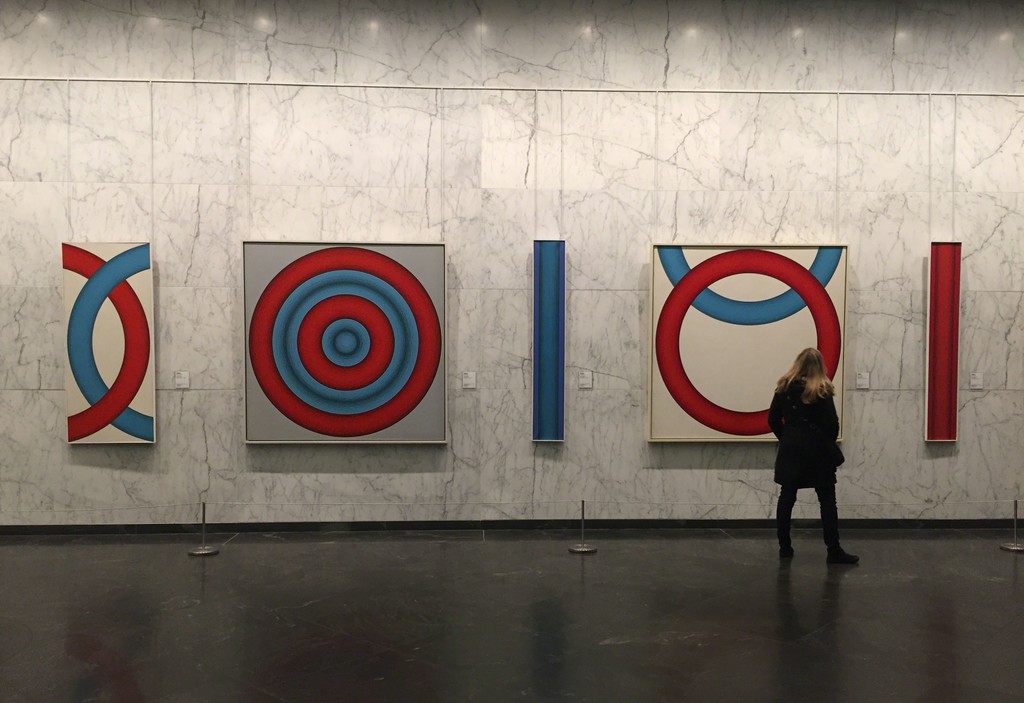 An important exhibition of optical-geometric paintings by New York artist Tadasky (Tadasuke Kuwayama) is slated to open in the Lobby Gallery at 499 Park Avenue in cooperation with D. Wigmore Fine Art, Inc. Tadasky: Series D will be on view February 27 through July 28, 2018, as part of the ongoing series of exhibitions focused on significant contemporary painters of the late 20th and early 21st century. The Lobby Gallery is open to the public from 10am - 6pm, weekdays.

499 Park Avenue, originally designed by Pei Cobb Freed & Partners Architects (PCF), is owned by American Realty Advisors, and managed by Hines, the international real estate firm. Through their support of this exhibition program, the owners and managers of 499 Park actively contribute to the cultural community as an expression of ongoing commitment to excellence in the visual arts and architecture, and have collectively sponsored art exhibitions at this location over 14 years.

An illustrated catalogue with essay by Thomas Micchelli accompanies the show and is available to the public. Some of Micchelli’s observations about this work are excerpted below:

The superhuman perfection of Tadasky’s concentric circles is founded on the specialized human qualities of discipline and skill. Look carefully at the lines constructing the concentric circles, and it soon becomes evident that what greets the eye with the exactitude of an inkjet is in fact a brushstroke animated by infinitesimal degrees of expansion and contraction, like the breathing of a snake. The works in this exhibition have been selected from series D, completed more than fifty years ago, between 1966 and 1967.

At the time Tadasky was making these paintings, critical attention was split between an austere Minimalist/Conceptualist aesthetic and its antithesis, Pop. Other approaches, however, arose in tandem with the mainstream. One was Perceptual Painting, dubbed Op Art in the popular press, in which pure abstraction is channeled into high-key, optically vibrating surfaces. (This movement was codified in The Responsive Eye, an exhibition organized in 1965 by the Museum of Modern Art, New York, which prominently featured Tadasky’s work).

Reading into the possible influences on Tadasky’s paintings can be a reward in itself, but background knowledge is not necessary to understand his work as he intends it — a visual portal into a perfect realm of abstract color, shape, and line.

Tadasky’s paintings are in the collections of the Museum of Modern Art, the Baltimore Museum of Art, the Albright-Knox Art Gallery, the Houston Museum of Fine Arts, and the Phoenix Art Museum, as well as prestigious private collections. He has exhibited extensively in the U.S. and abroad, from MoMA and the Albright-Knox Art Gallery to the Grand Palais in Paris, the MACBA, Buenos Aires and in the fall of 2018 the Kunsthal Rotterdam.