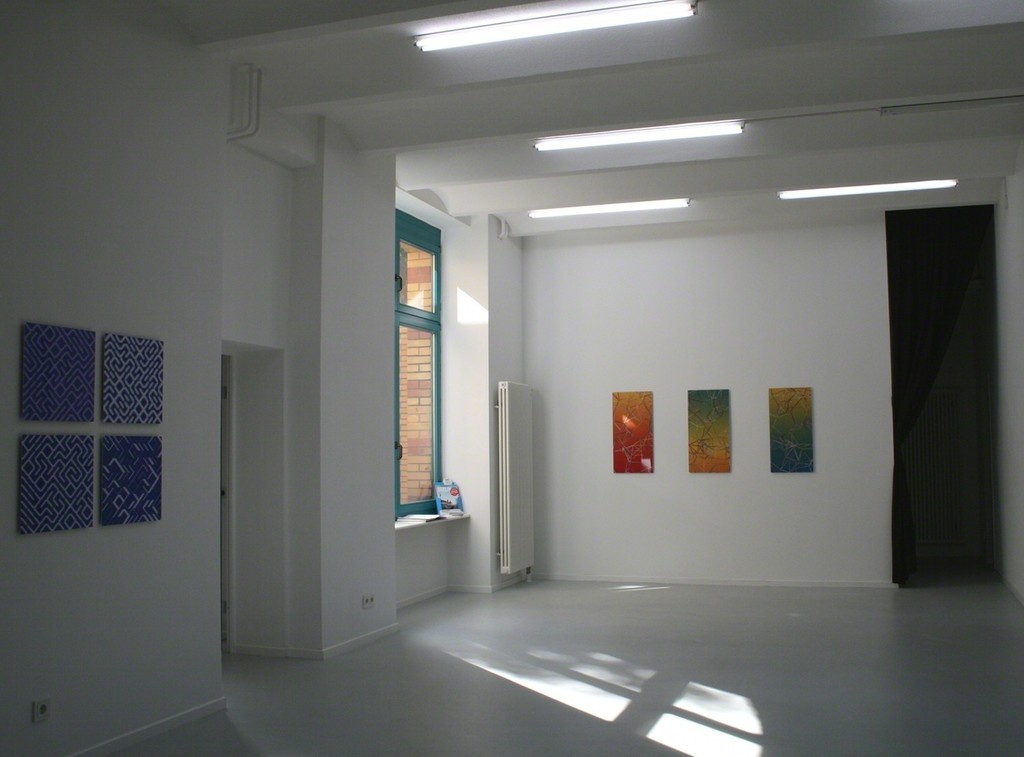 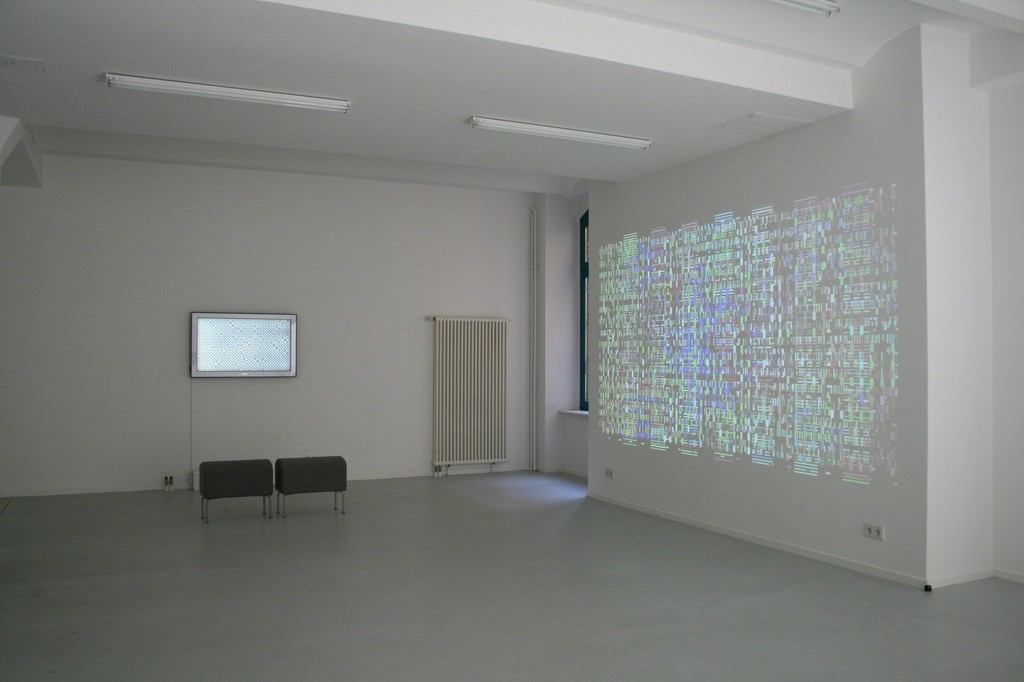 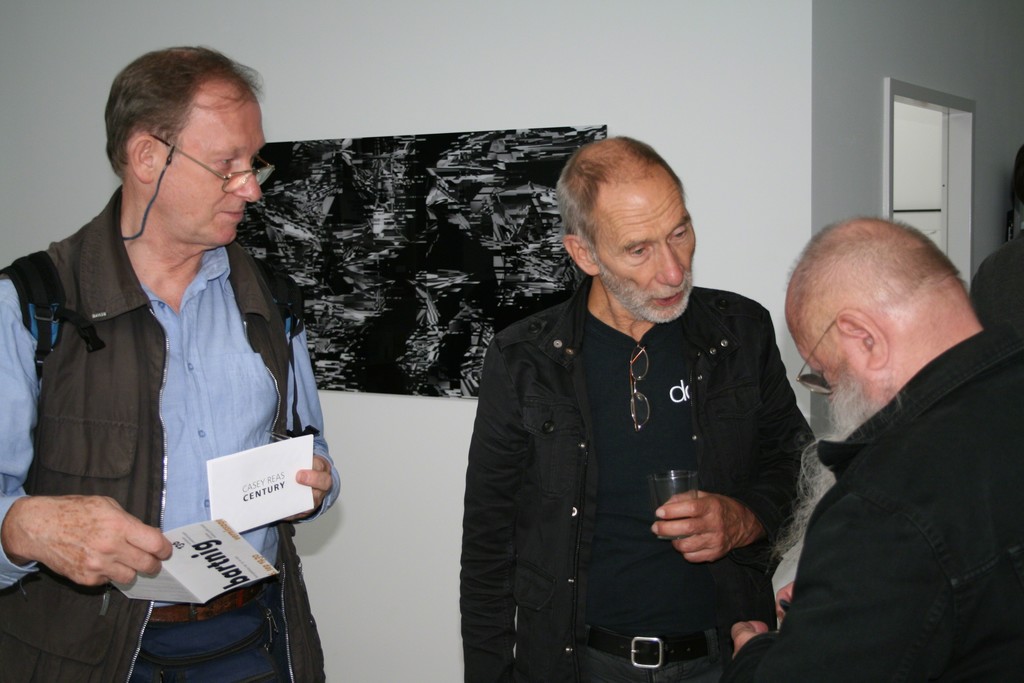 [DAM]Berlin is pleased to present the third solo exhibition of the American artist Casey Reas, one of the leading figures in software art. As indicated in his last exhibition (Compendium 2004 – 2010, [DAM]Berlin, Sep 2010), Reas has completed his last work cycle and has entered into a new phase.
The title of the exhibition, CENTURY, refers to his new oeuvre, which is inspired by art works of the 20th century that have influenced Reas. The gallery will show prints as well as software art. The software piece, entitled CENTURY (2012 -), which forms the basis for the show, is still under development. It abstracts one hundred years of art history into concise, iterative software. When the software is complete, it will contain the interpreted systems for one hundred artworks created within the twentieth century.
„For the past two years, my work has shifted away from utilizing emergent form, to more precisely defined choreography and compositions. Still, I'll remain focused on working with systems and iterating through these systems to discover ideas and forms. The show CENTURY explores my obsessions with the art of the prior one hundred years. I've been highly influenced by concrete, non-objective, and constructivist works and the custom software written for this exhibition builds directly on the qualities of that prior work.”
Casey Reas, August 2012.
The piece Network C (2012) is the 'bridge' between his former work and the new work. It relates to the themes and algorithms in the new work, while having a visual relationship to his former work.
„Network C is my interpretation of Piet Mondrian's Broadway Boogie Woogie. The premise is that the most vibrant structures of the twenty-first century are dynamic networks, not the pulsing streets of Manhattan. The most vibrant music is no longer Boogie Woogie, but faster, more percussive and essentially electronic. This abstract network reconstructs itself continuously through sending signals between its nodes.“ (Casey Reas)
For the exhibition, Network C takes shape of continuously evolving screen-based work as well as prints.
The series Yes No (2012) is an exploration into randomness, where the image-producing software makes a decision to draw one direction of line or another. The software constructs a new composition each second. The Yes No prints explore different expressions of the algorithm, from the analog display signal of a Commodore 64, to an emulator of the same machine, to new interpretations written for contemporary machines.

Signal to Noise (2012) is based on a 'collage engine' that uses terrestrial television signals as the raw material. Like early twentieth century collages built from the media of that time, Signal to Noise fractures and distorts contemporary information into new data structures.
About the Artist
For Casey Reas (b. 1972) software is not a tool, but the act of defining systems is the core of the artwork itself. In his art, generative software systems replace the human hand executing the ideas of the artist. Reas transfers his software pieces into different media such as projection, images, and sculptures. Each material reveals a different aspect of the software.
Together with Ben Fry, Reas has written the award winning software Processing in 2001. Processing is an open-source programming language, designed for visual artists and designers for creating images, animation, and interaction. Processing has been distributed widely and developed further by its vast community of users into countless directions.
Reas' software art, prints, and installations have been shown in numerous solo and group exhibitions in museums and galleries in Europe, the United States, and Asia, e.g. Centre Pompidou (Paris), Victoria & Albert Museum (London), Künstlerhaus Wien, LAboral (Gijon), ZKM (Karlsruhe), National Museum for Art, Architecture and Design (Oslo), San Francisco Museum of Modern Art, The Art Institute of Chicago, New Museum of Contemporary Art (New York), Zendai Museum of Modern Art (Shanghai), NTT ICC (Tokyo).
Reas lives and works in Los Angeles where he is professor at UCLA.