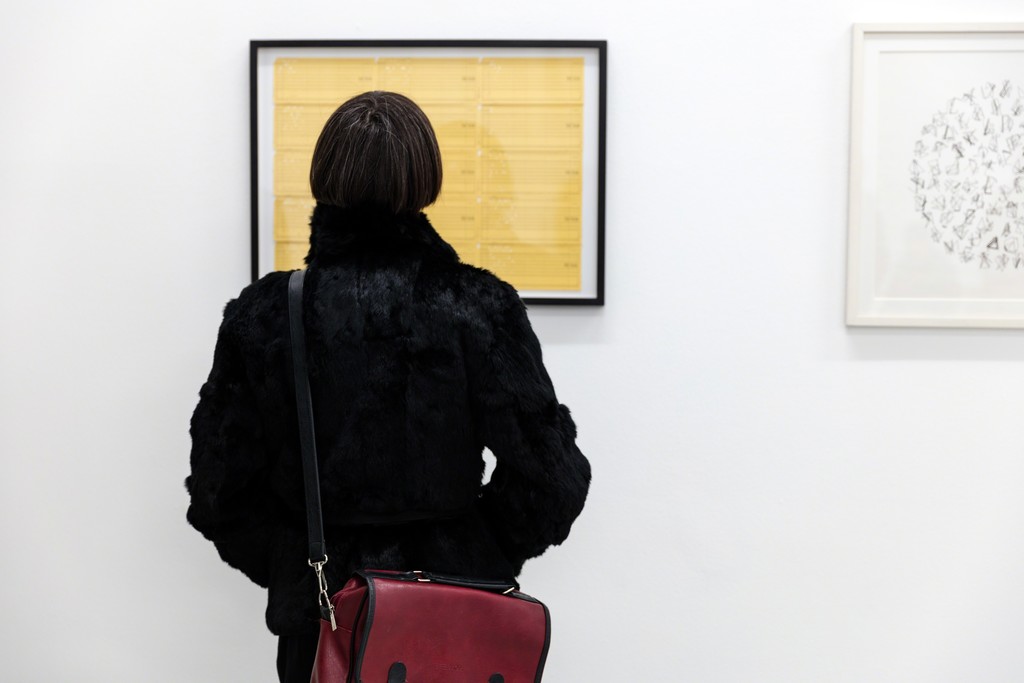 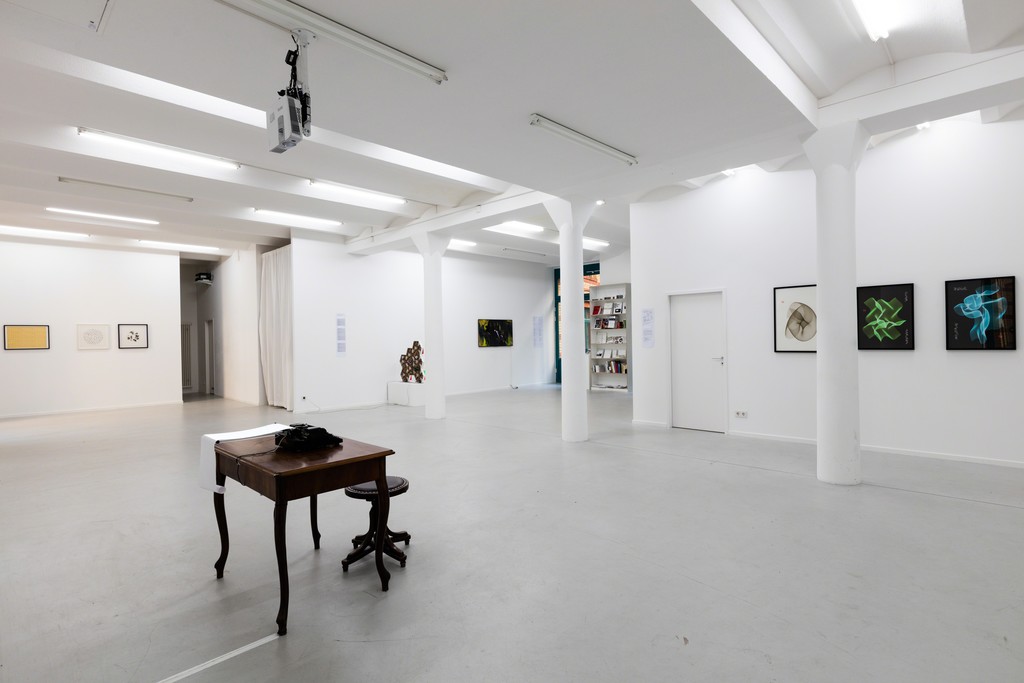 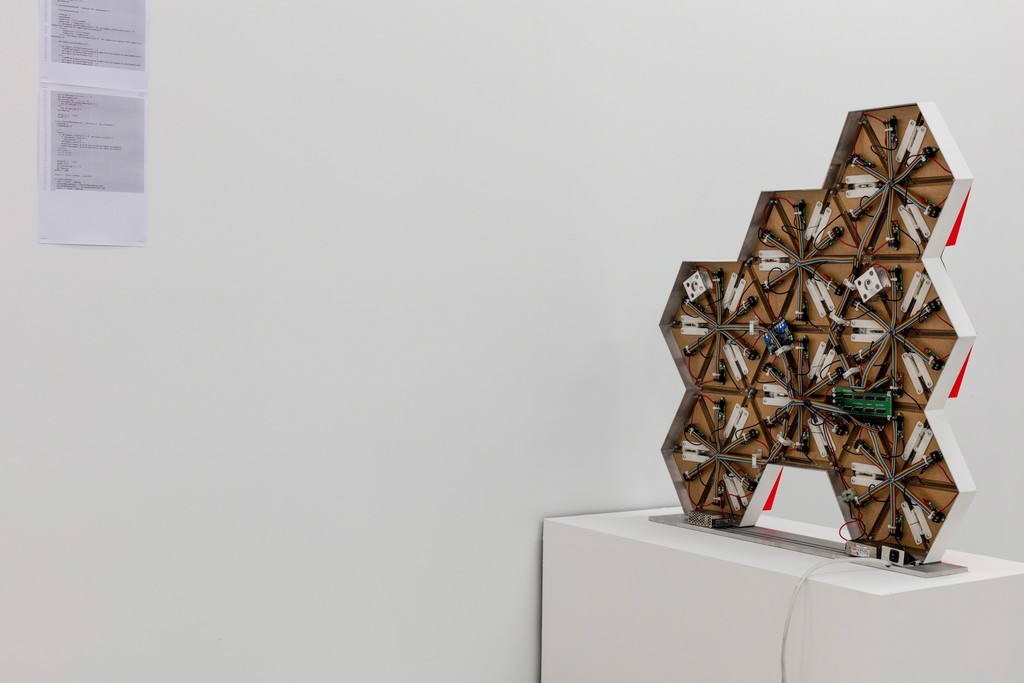 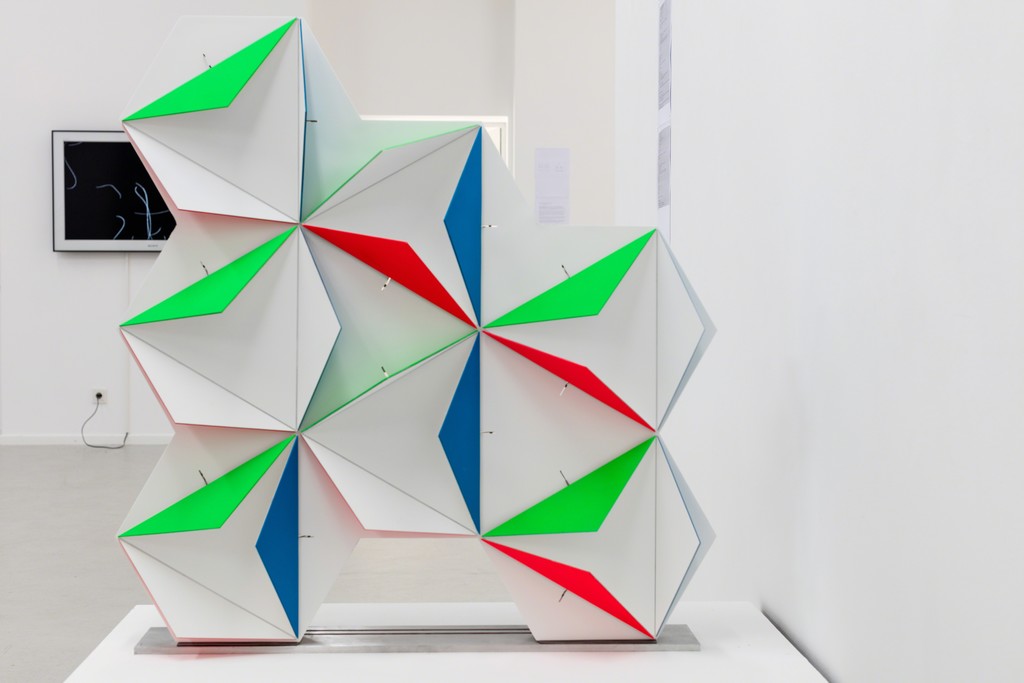 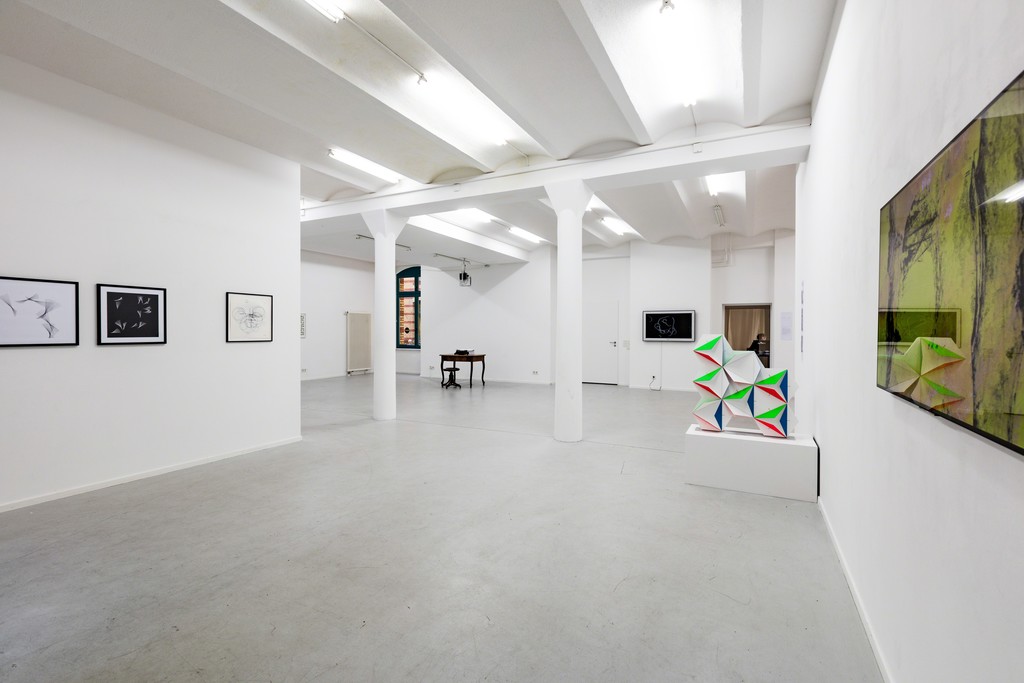 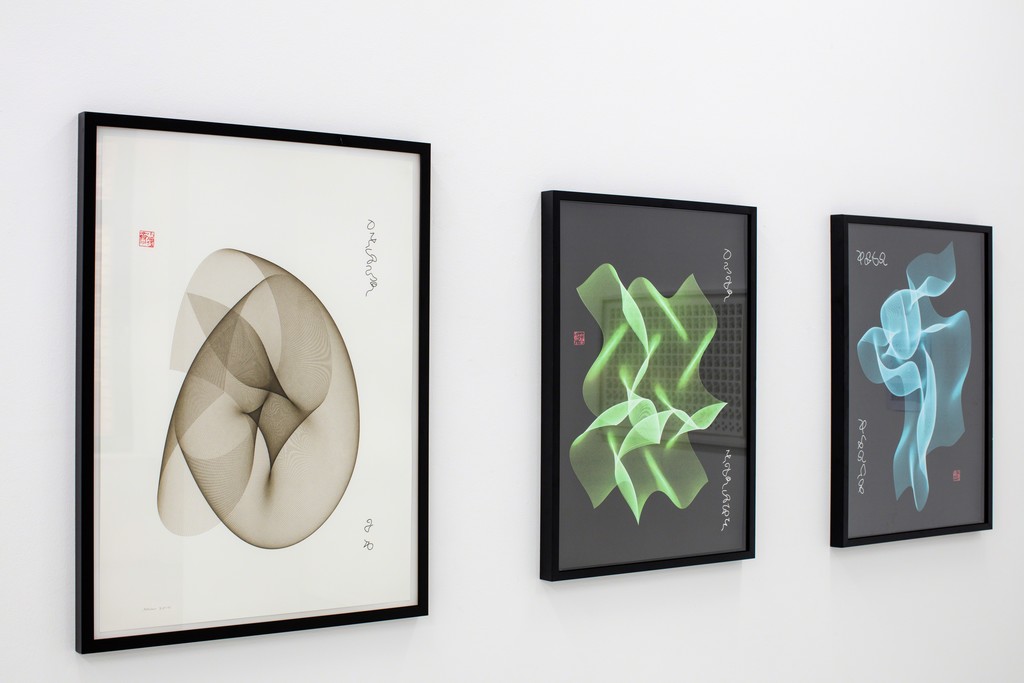 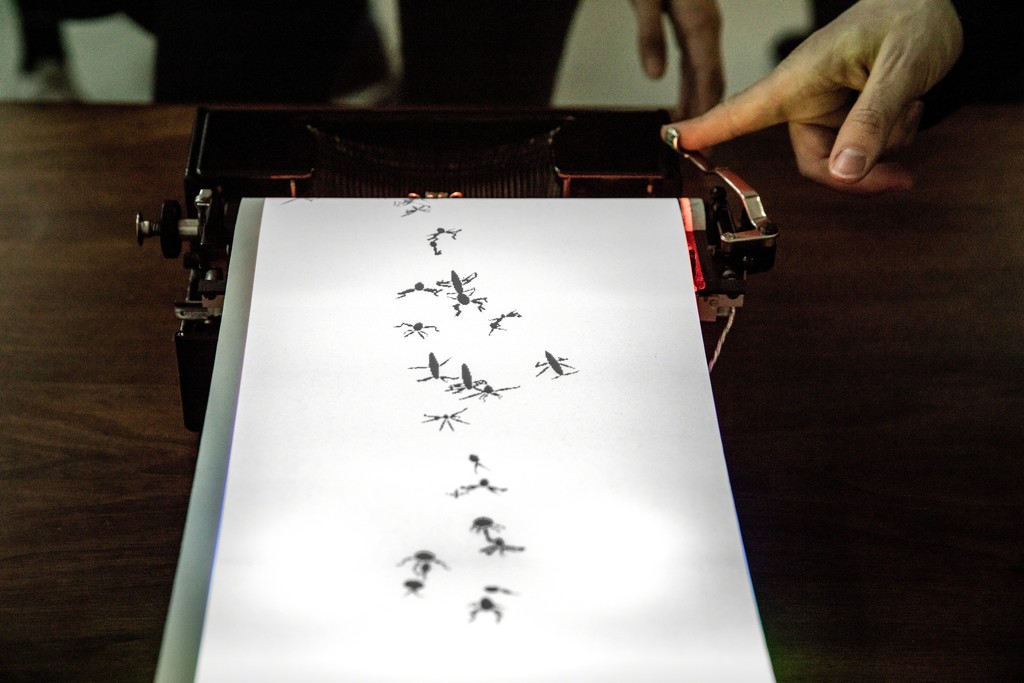 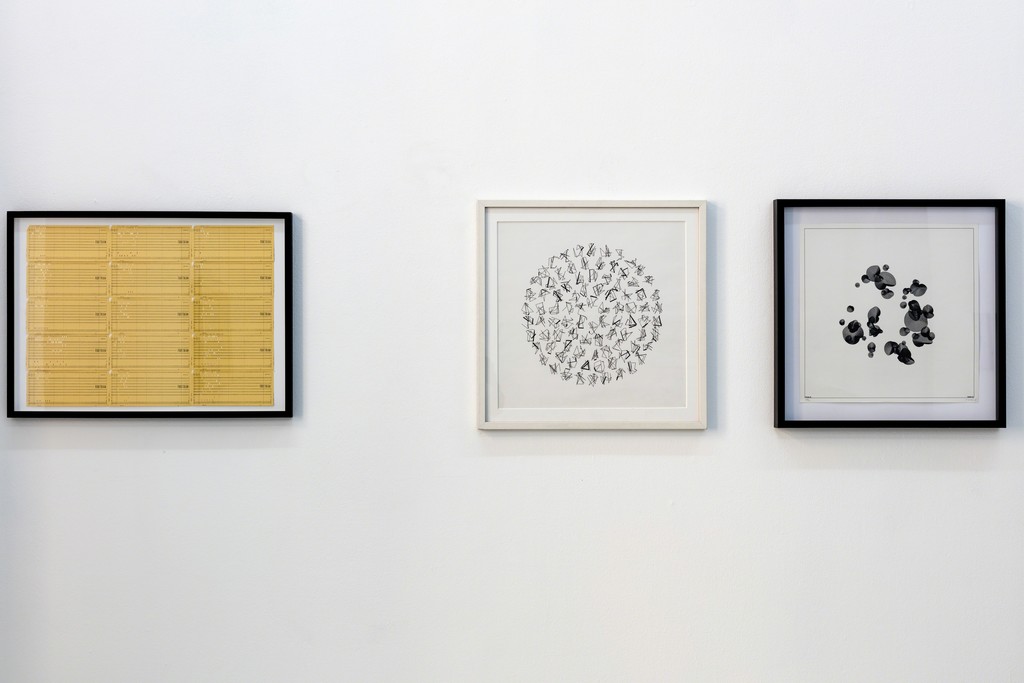 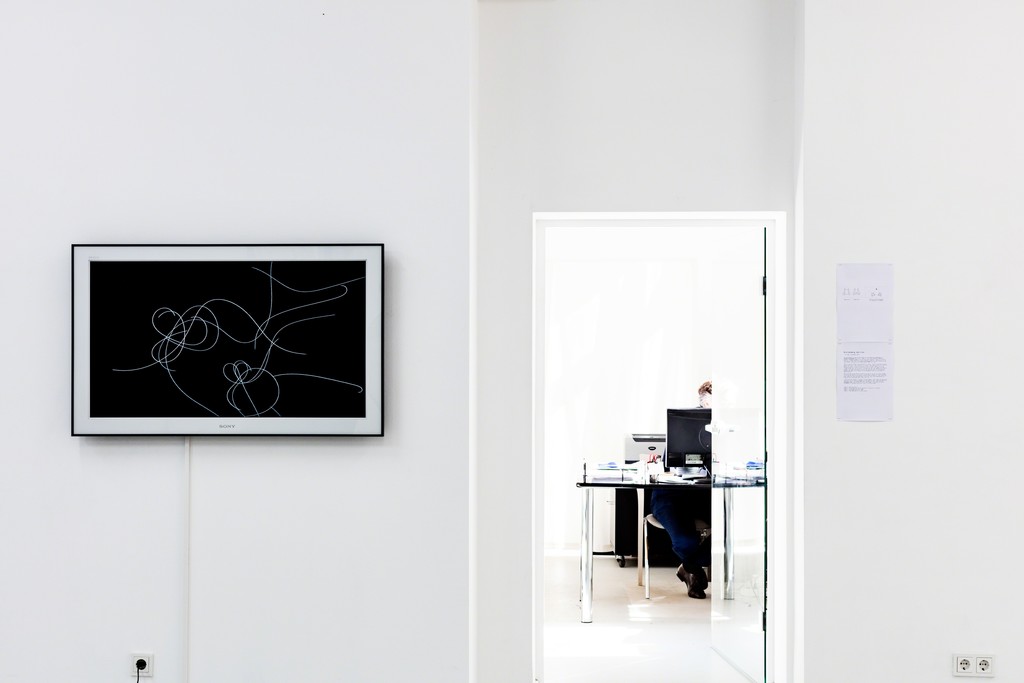 Driessens & Verstappen, NL / LAb[au], BE / Manfred Mohr, GER-USA / Frieder Nake, GER Casey Reas, USA / Sommerer & Mignonneau, A+F / Roman Verostko, USA
Code + Poetry is based on an idea of Frieder Nake, who already in 1986 spoke in his writings about surface and subface in regards to software. With the background of Concrete Poetry about which we have known since the 1960s, program code could be perceived as an art form. Through the development of coded artwork often several further steps might occur: concept, fow chart, coding, punch cards, machine language like Fortran and fnally the executed fle. The execution of the program can now be experienced with our senses e.g. as movement on a screen.
The exhibition Code + Poetry brings these diferent layers into a dialogue for the visitor. In addition to the artwork, you can see concepts, fow charts and excerpts of programs. The manifestations range from the classical software piece on the screen to interactive installations and cybernetic movements executed by a metal feather.
The earliest artefacts are from Manfred Mohr - punch cards from 1970 - which are the step between the program and execution of the code. Mohr used the programming language Fortran, which had already been developed in the 1950s. The exhibited drawings were created in Fortran with the help of punch cards.
Frieder Nake, one of the earliest pioneers, is represented with one of his earliest pieces from 1965. The drawing combines two programs, one created a line composition while the other developed circles. With his most recent series from 2015, he refers to his earlier concepts.
Roman Verostko developed his frst programs in the 1970s and through these expressed his artistic ideas. Verostko surprises us with a new series on a black background reminiscent of his Cyberfowers.
The artist couple Sommerer & Mignonneau was already recognized for their interactive sculptures 20 years ago. This aspect plays an important role in their work now as before. In the installation Life Writer, the visitor types on an old typewriter and then from the letters and words living insects appear on the white sheet of paper. The abstract word becomes a life form.
The artist couple Driessens & Verstappen from the Netherlands developed a software program, in which so- called „automata“ infuence the running of the software and can nearly bring it to a halt. Aesthetically the executed software looks like a wall covered in living organisms.
Casey Reas shows his frst software piece Path, Software 1 from 2001, which refers to a concept paper of Valentin Braitenberg known as a cyberneticist and brain researcher. The paper deals with complex movements, which are generated by a rather elementary experimental arrangement.
Finally, the artist group LAb[au] is represented by an object from their origami series. Triangles, mounted and grouped on a free-standing structure, move due to the heating and cooling of metal feathers. The moving triangles, which are grouped as hexagons, create with their monochromic side an alternating game of geometric forms and colours.