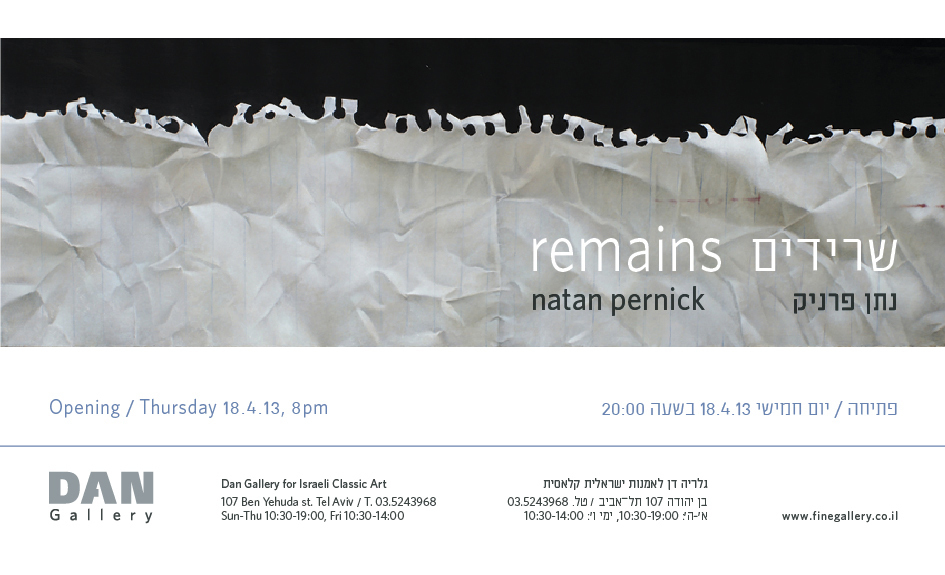 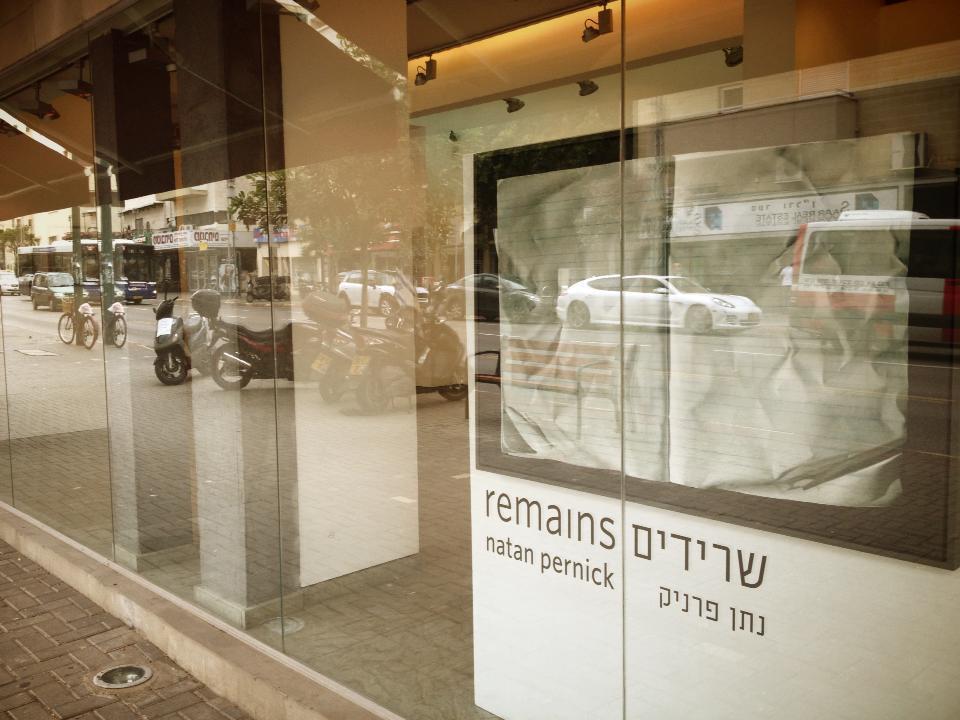 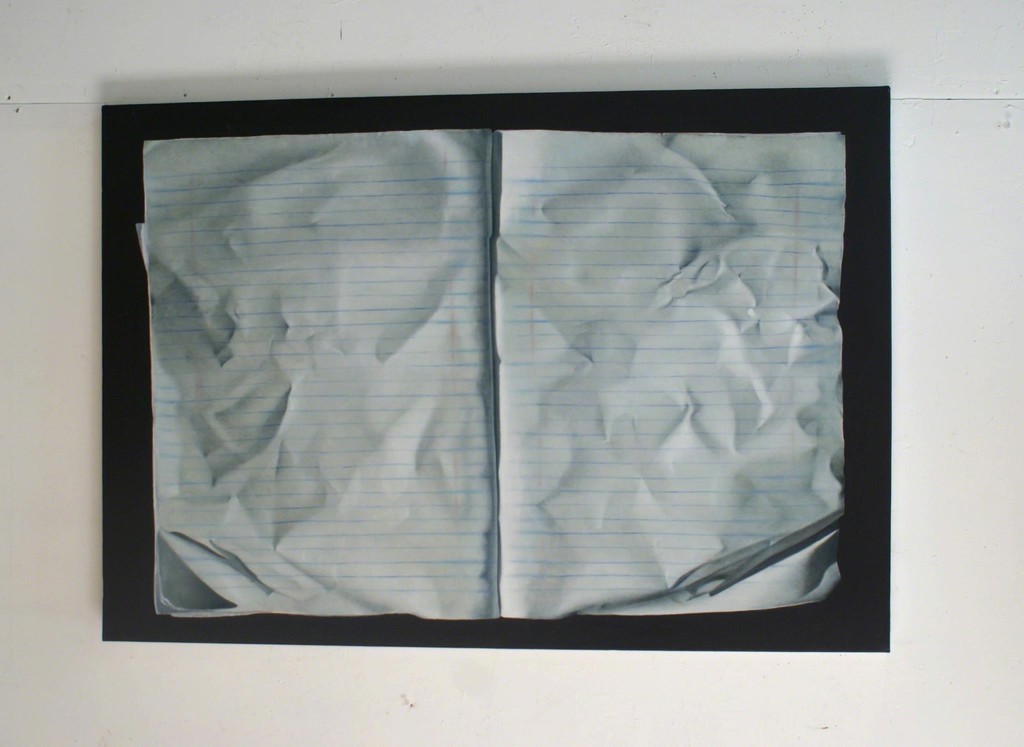 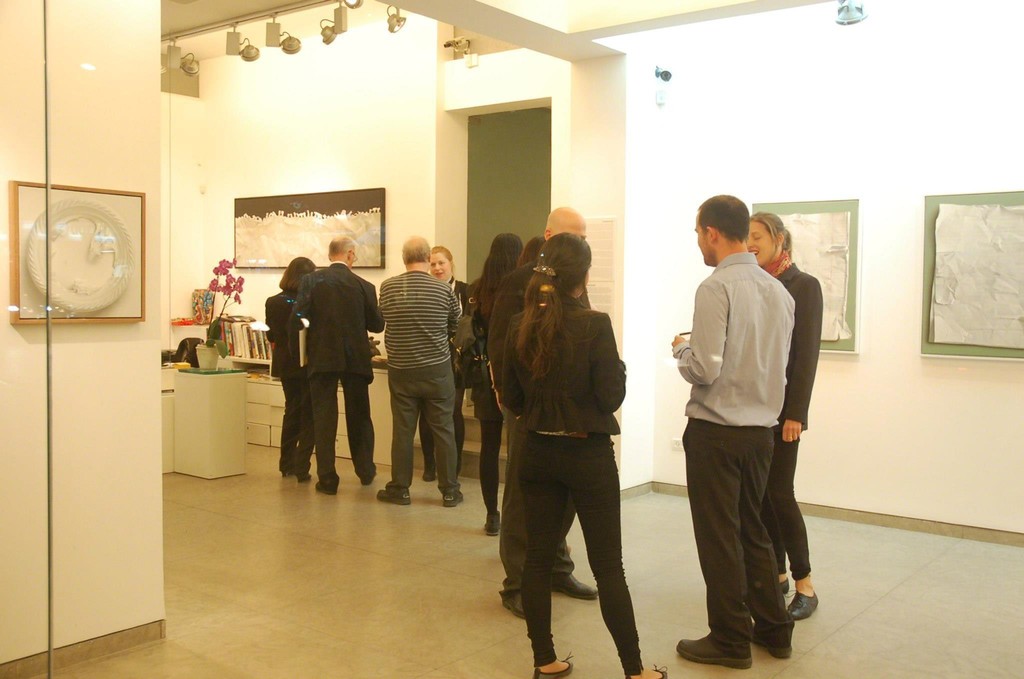 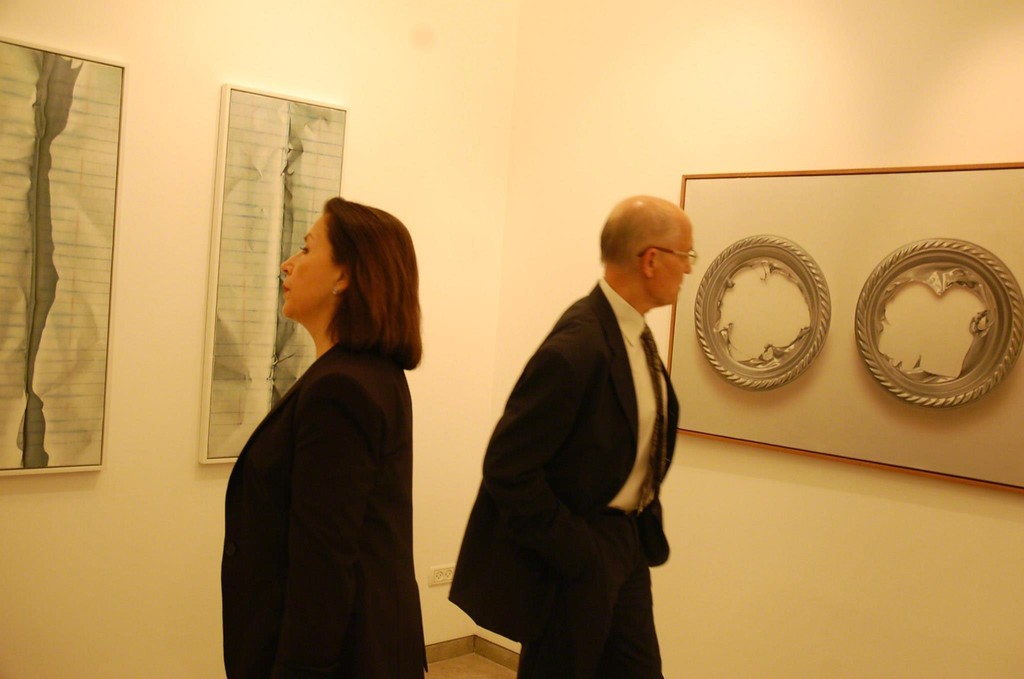 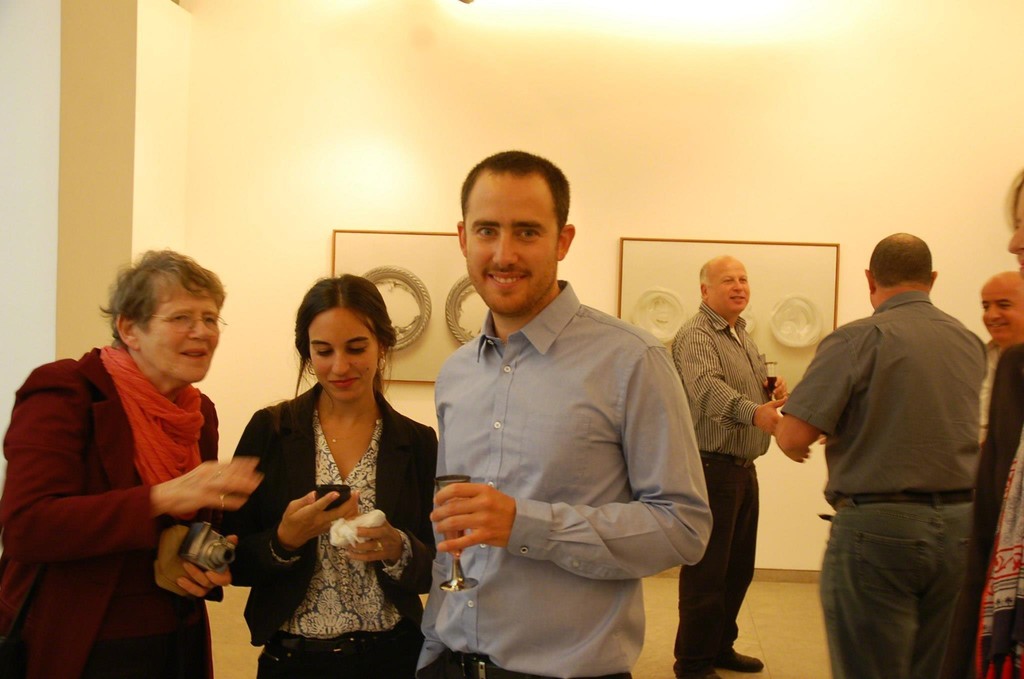 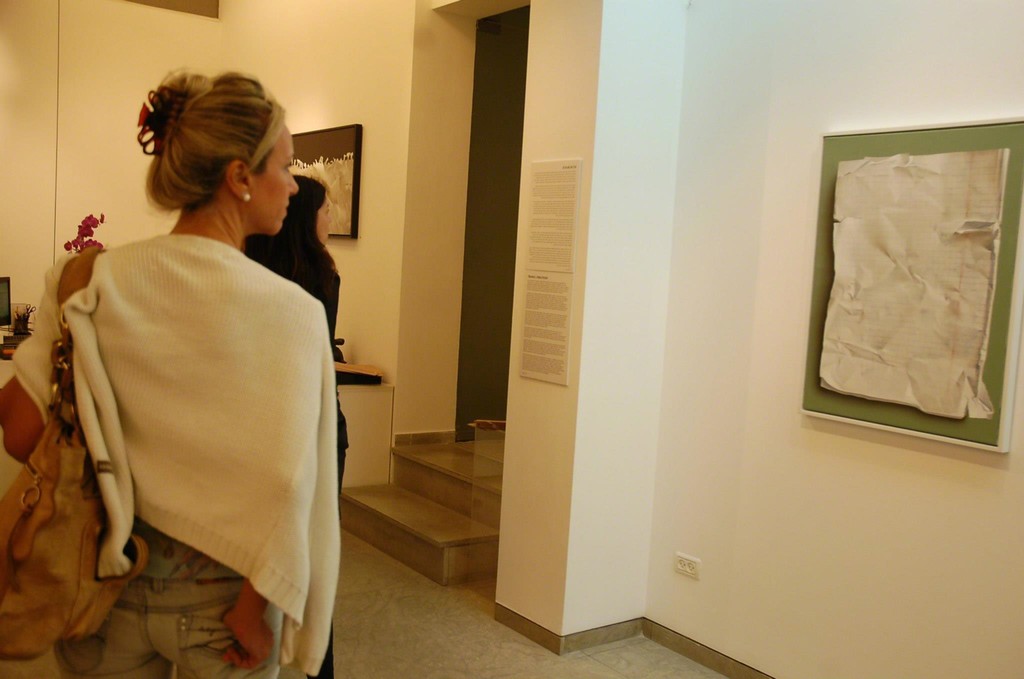 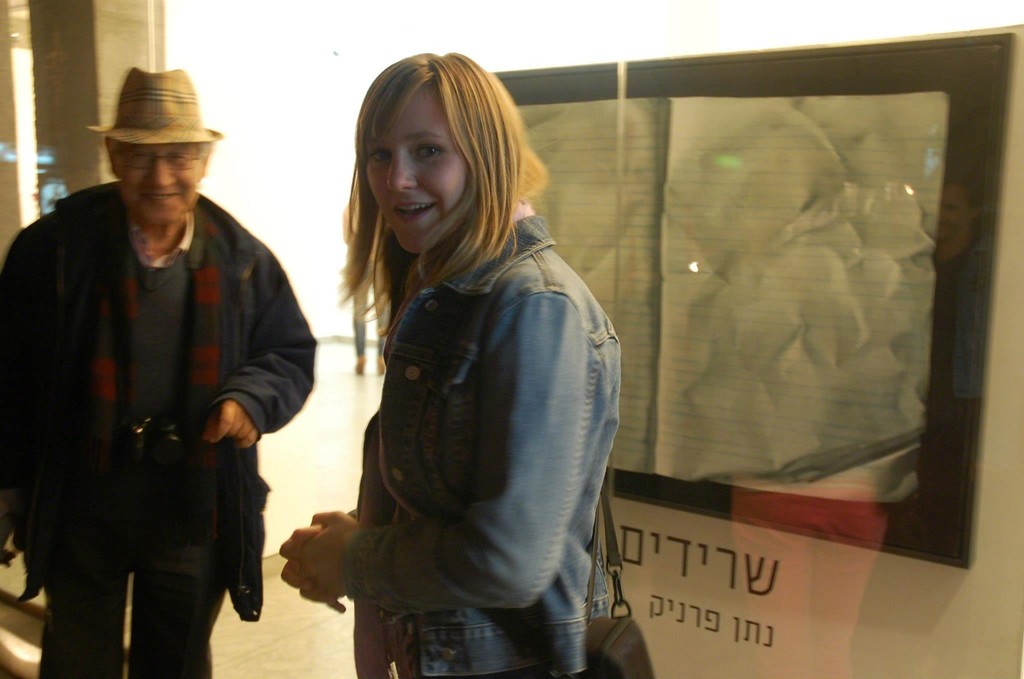 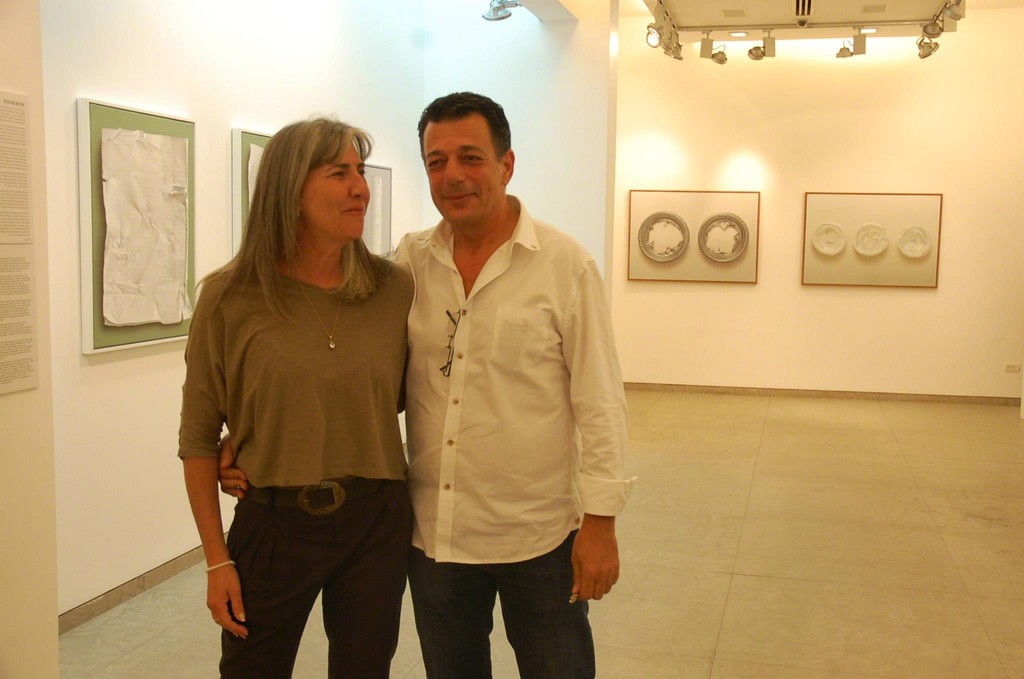 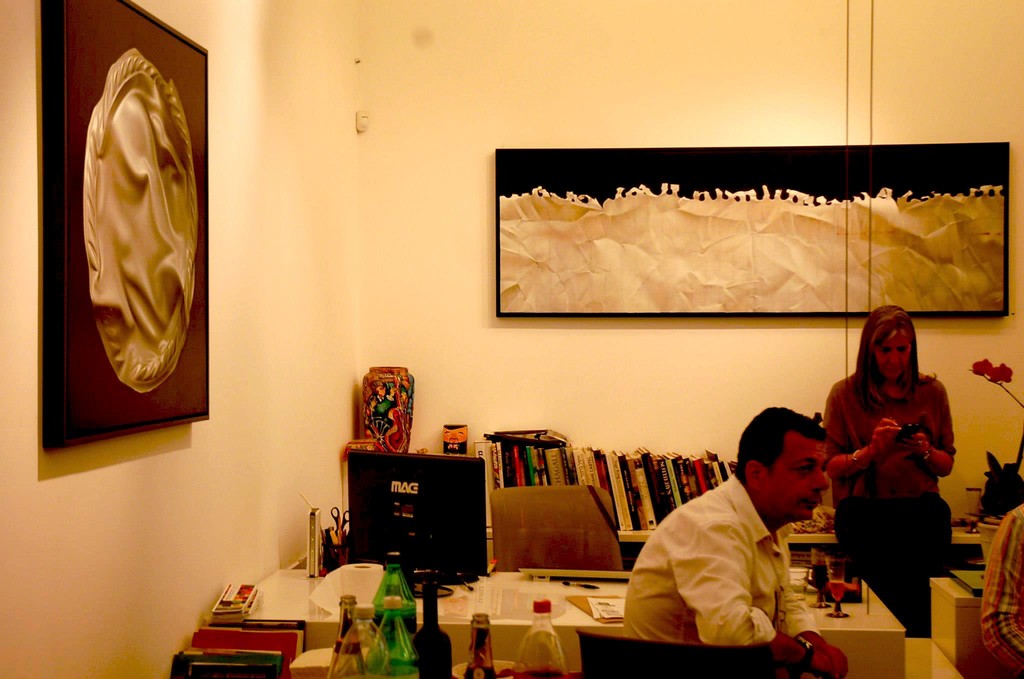 Pernick does not present these objects in their familiar, ultimate mode. The plates and papers are presented after they underwent a series of manipulations: he burns them, wrinkles them and drowns them until their original nature is completely lost. He sculpts in them and treads them almost as if he was trying to reinvent them, until they are in fact separated from the practical function they originally had, leading to their transition into useless objects whose entire purpose lies in their own being. Turning these objects in to a sort of purposiveness without a purpose resonates with the Kantian definition of pure beauty and the work of art, an act that adds a layer of reflexivity to Pernick's works.
But the artist's act need not be mistaken as a purely destructive action, since an act of construction, of animation, grows out of the maiming and ruining, appearing in the construction of the artistic image. It appears that in this exhibition ,in a way, the artist plays the role of Shiva - the Hindu god who embodies destruction and creation at the same time, the being responsible of destroying the world so that a better, stronger and purer world may grow out of its remains.
Indeed, Pernick creates his painted world with care and devotion, point after point, shade after shade, as the object he creates within this world's confines is always detailed and thought-out, and nothing detracts from the mimetic illusion. However, the painting process is not completely absent from the piece, the background surrounding the object contains traces that alludes to the painting process: traces of the brush strokes, misbehaved brush hairs, paint globules – all of which are remains of the artistic process the artist left behind to hint at the manual manipulation behind the hyper-realistic ruse.
The choice of themes and the variety of meanings they contain is an additional trick Pernick performs in this series of paintings: by turning these meaningless objects in to the focus of the artistic work, the artist in fact forces the beholder to focus on images or objects he most certainly wouldn't have focused on in any other situation, thus making him confront issues of memory, temporality and timelessness and his own remains.