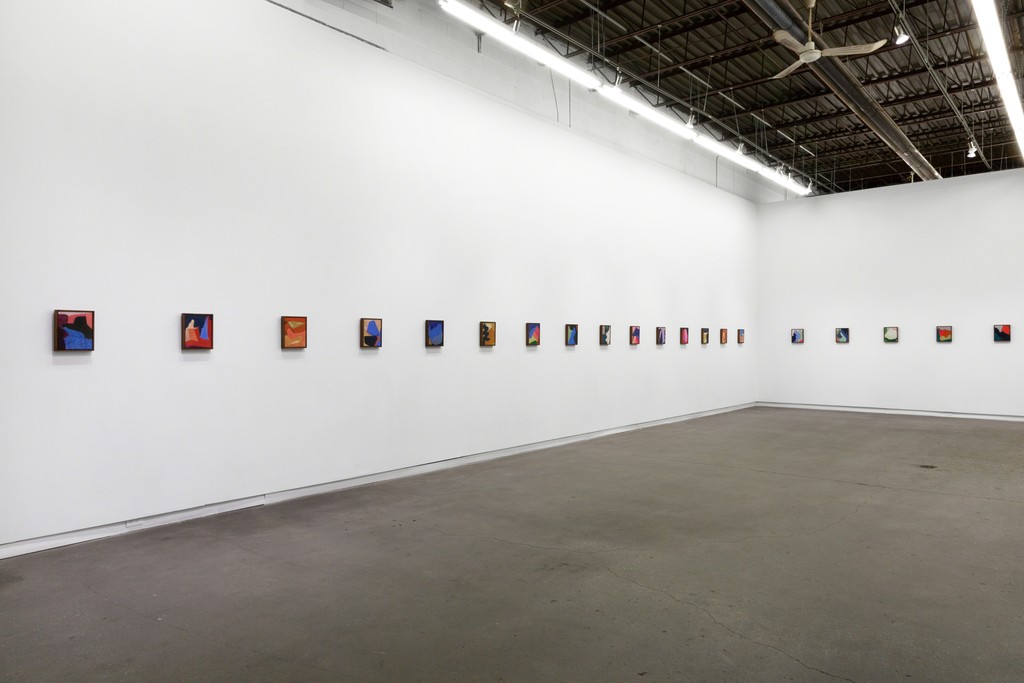 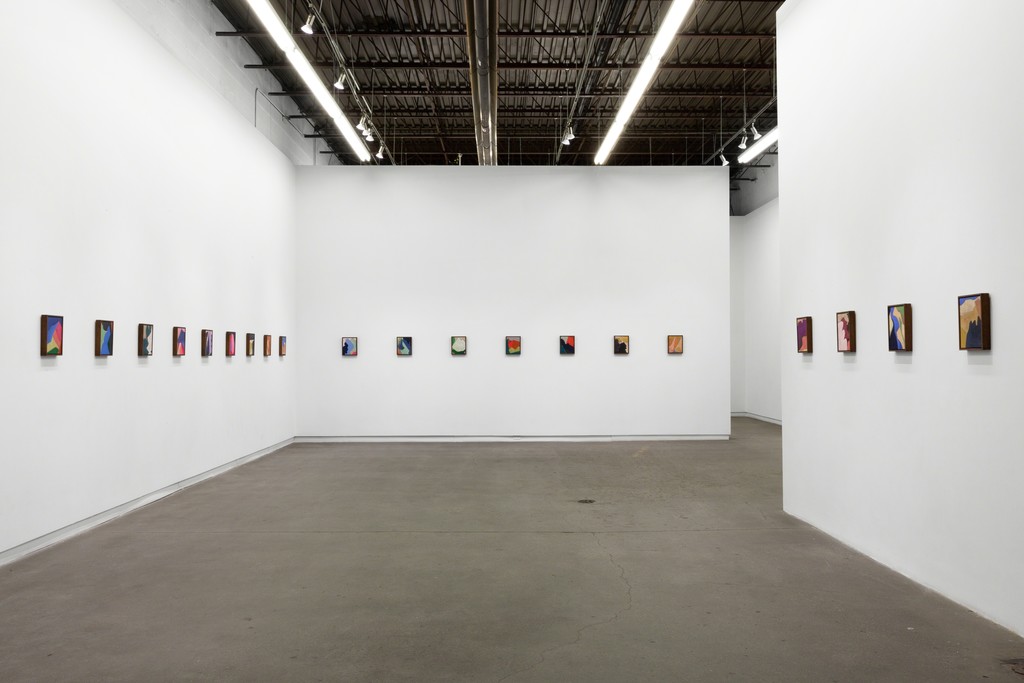 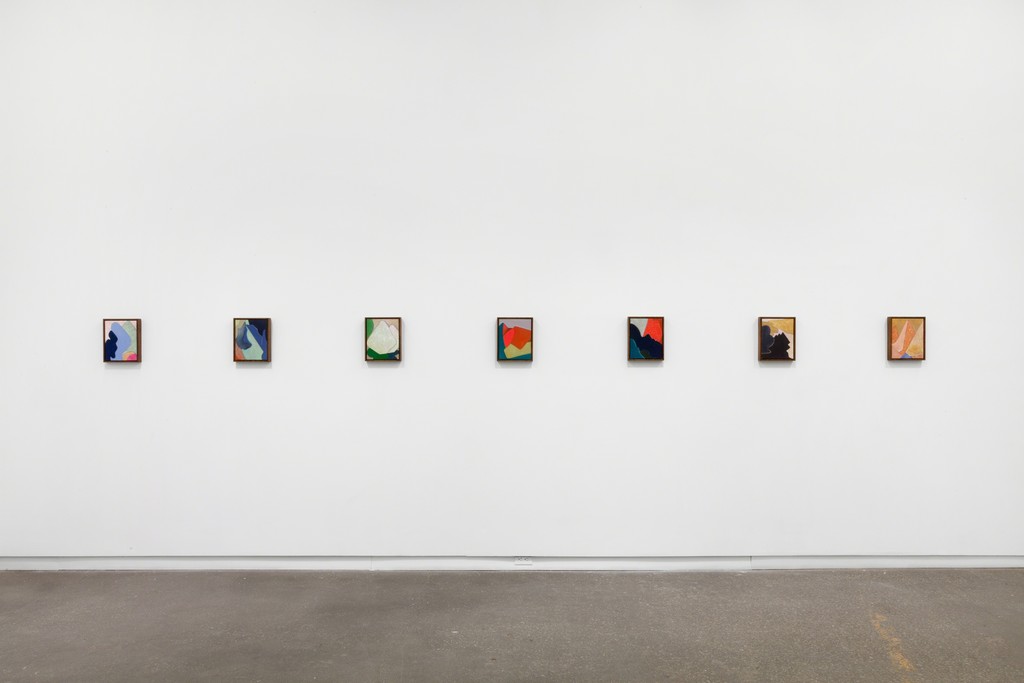 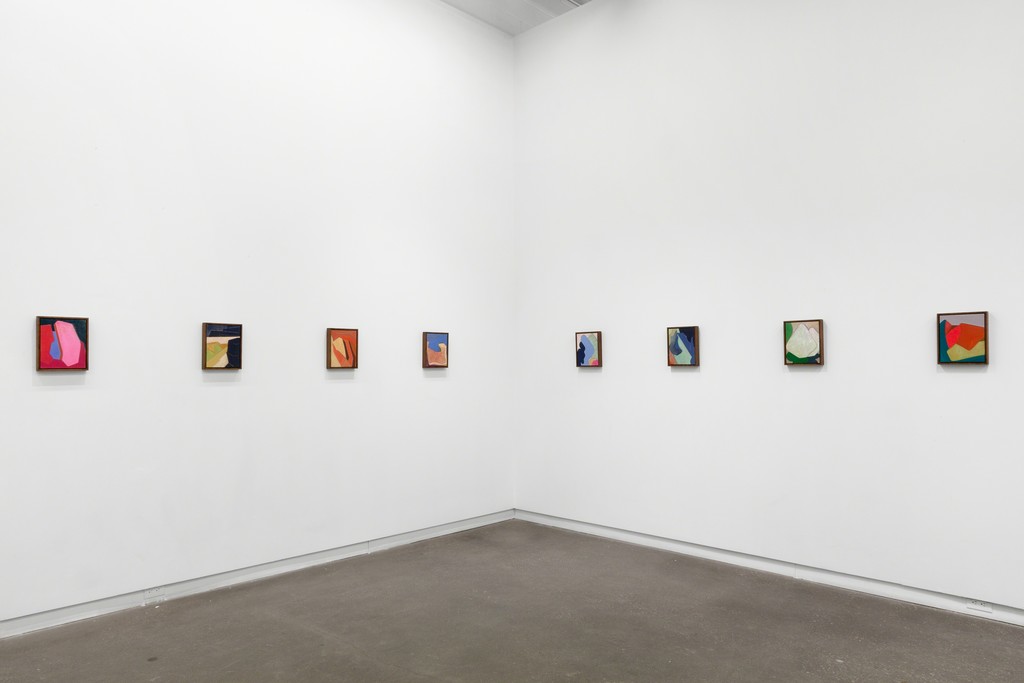 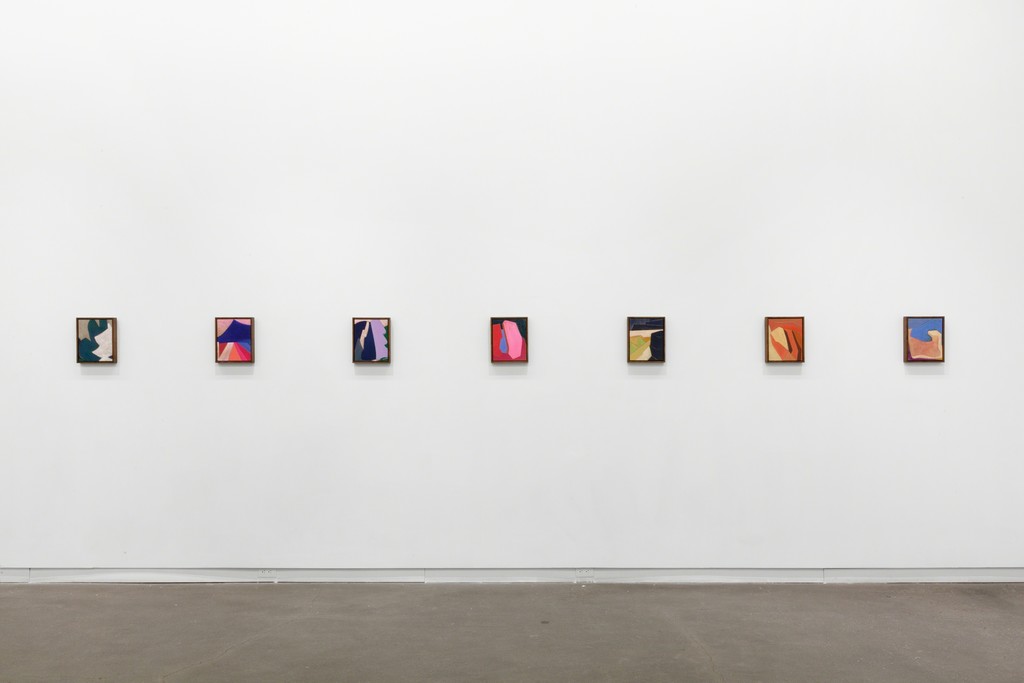 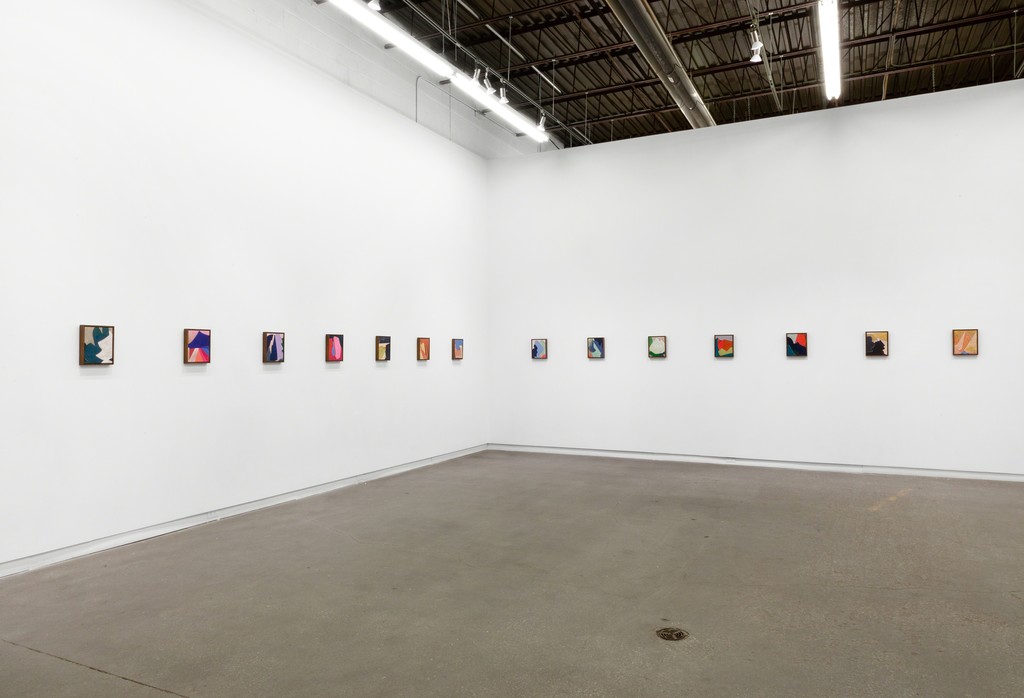 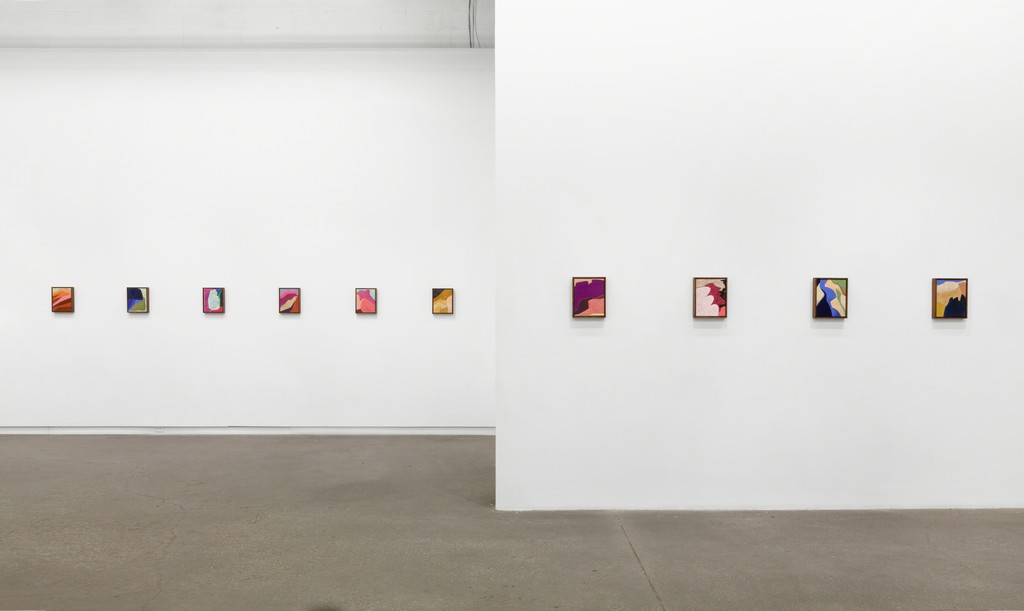 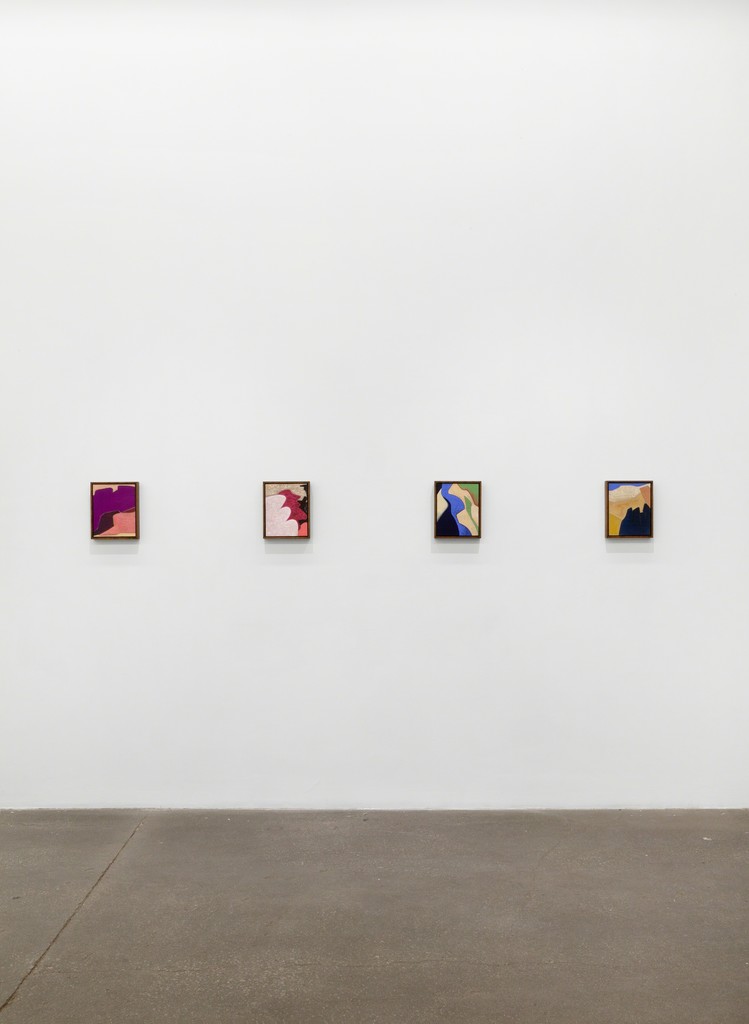 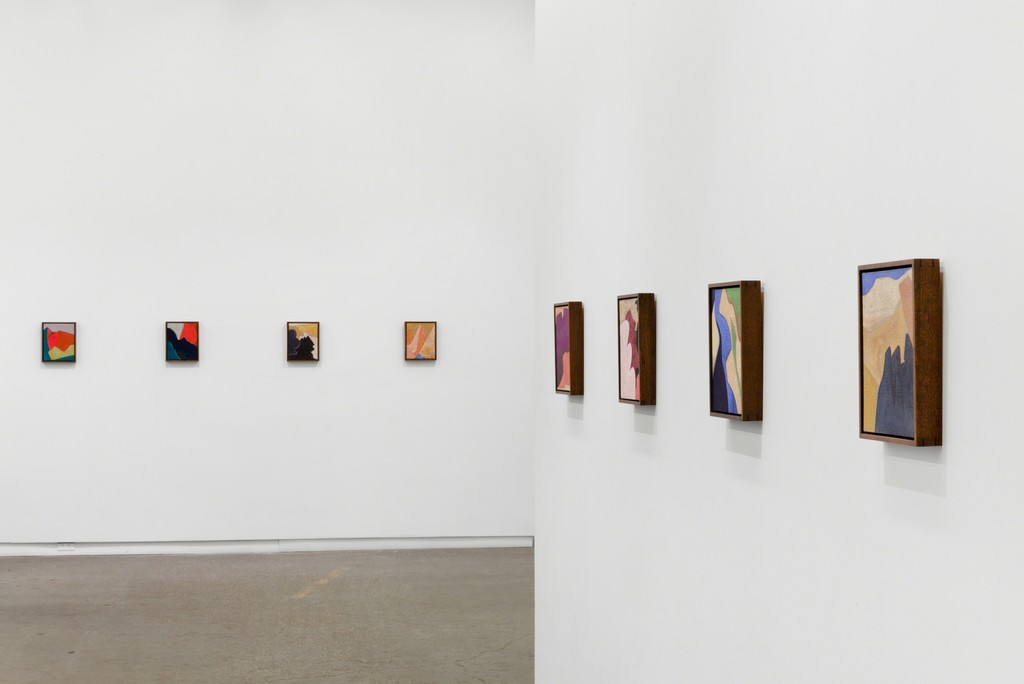 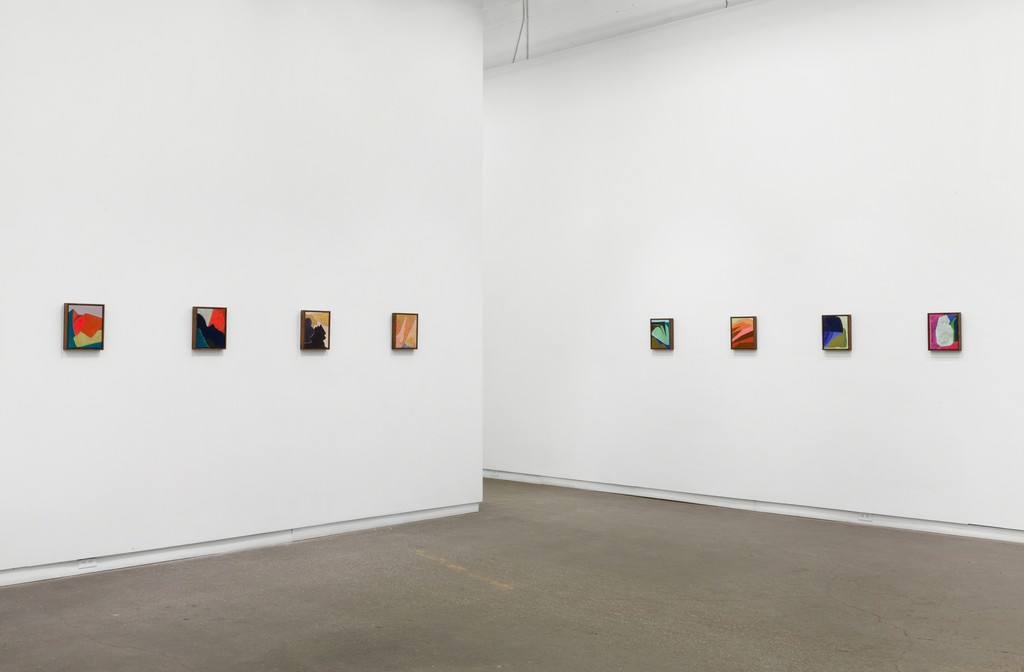 “They find that the landscape is buried in stories that twist, bend and obfuscate the truth. Controlling stories is power indeed, and both sides of the schism seek to hold the conch.”

Ten months ago Kristine Moran and her family began a journey; they sold their Brooklyn home and studio, bought a thirty-foot trailer, and embarked on a drive across North America. The paintings in Confusion Hill are a section from a larger body of works, drawn and painted documentation of the journey, completed by Moran while on the road.

Although none of the paintings are based on any one place, the initial sketches came from direct observation of the canyons, peaks, valleys, and rivers seen while en route. These sketches were subsequently transferred onto linen, far from the landscape where the original sketch was completed. A drawing of the Death Valley desert may have been painted while near the temperate rainforests of Redwood National Park, the latter landscape influencing the former; by doing so, weaving together shape, colour, mood, and experience of disparate geographies to evoke a new narrative.

Confusion Hill exists in California. Confusion Hill also doubles as a metonymic play on the state of current politics. Titles throughout the show are named after both real and imaginary locales, playing up this double entendre. The titles vary between optimism and defeat. Names like Badwater Basin, Mount Despair, or Desolation Canyon are warnings to stay away, while others like Diamond Peak, Harmony Point, Eureka Dunes, and Goldwater Creek speak to a pioneering West, full of hope and idealism. Today, many individuals are marred with disbelief at America’s political situation, while others optimistically believe that the country is on the right course. The show’s titles are a play on the dichotomous naming of the North American landscape as a metaphor for the sentiments currently felt between both sides of a personal, geographic and cultural divide.

Kristine Moran is currently living and working nomadically out of her Airstream. She received her MFA from Hunter College in New York after attaining her BFA at the Ontario College of Art and Design in Toronto. Moran has exhibited in solo shows at Nicelle Beauchene (New York) and Daniel Faria Gallery (Toronto). Her work has been exhibited in numerous group shows, including Rogue Element at RH+ (Istanbul), Power of Selections at Western Exhibitions (Chicago), How High? at Left Field Gallery (San Luis Obispo, California), Scale a Wall at Cuevas Tilleard (New York), and The Big Gift: Calgary Celebrates Contemporary Art at Glenbow Museum (Calgary). Moran’s work was featured in Phaidon’s Vitamin P2, and her work has been acquired by several international public collections, including the Saatchi Collection (London, U.K.).