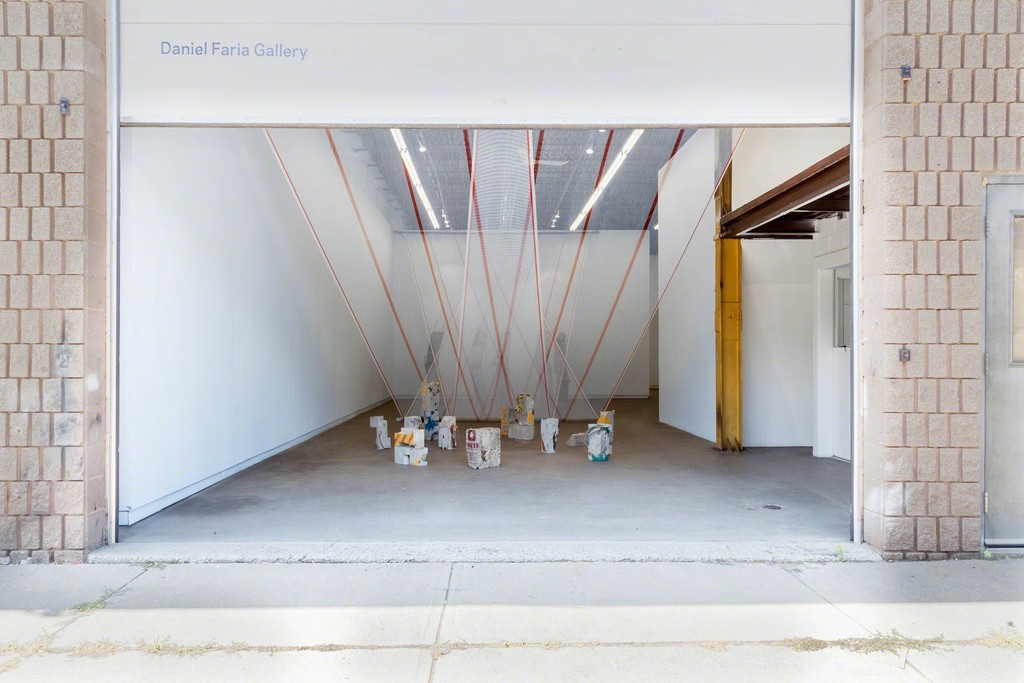 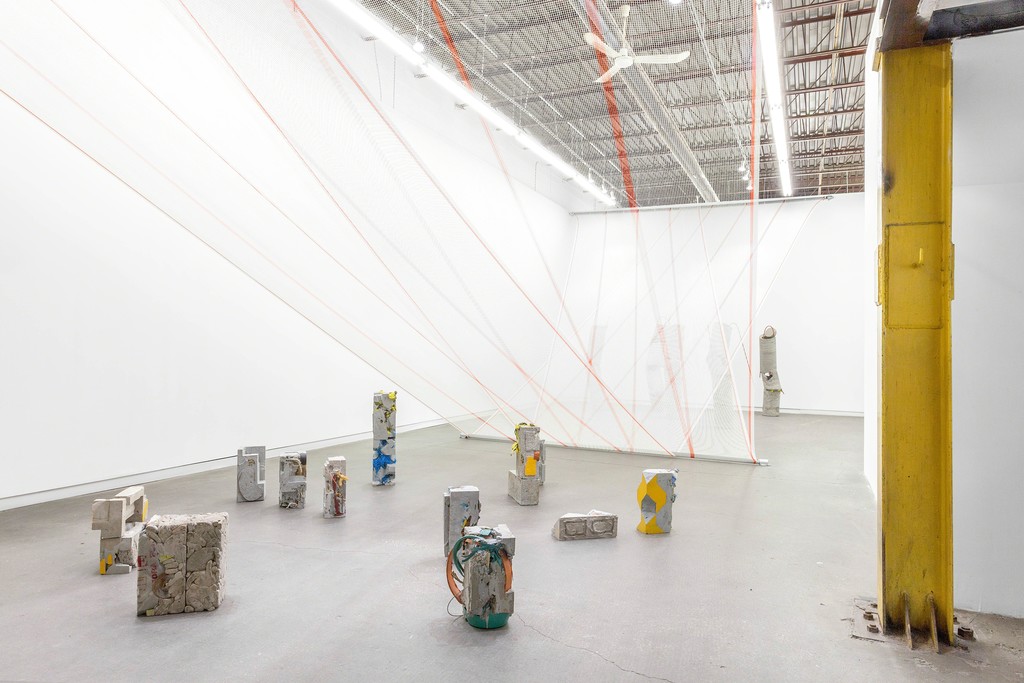 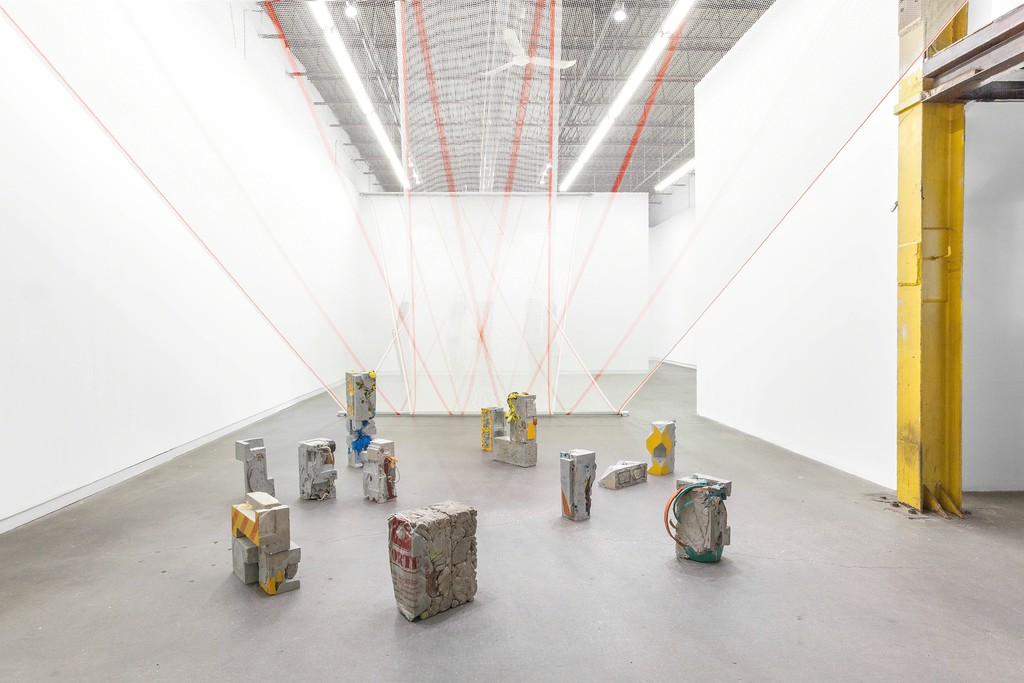 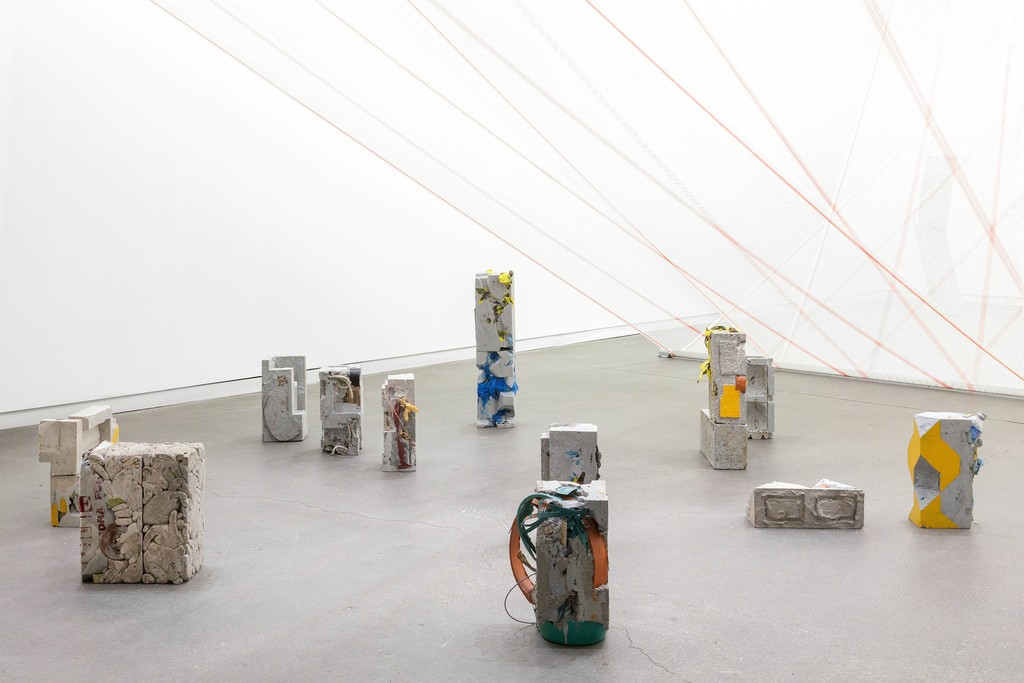 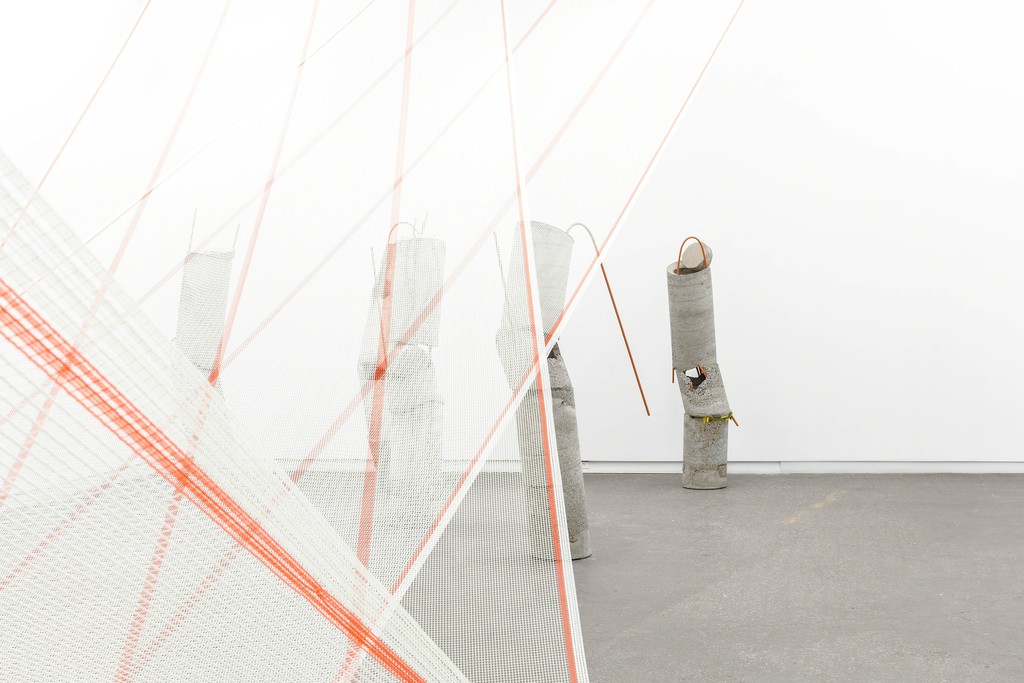 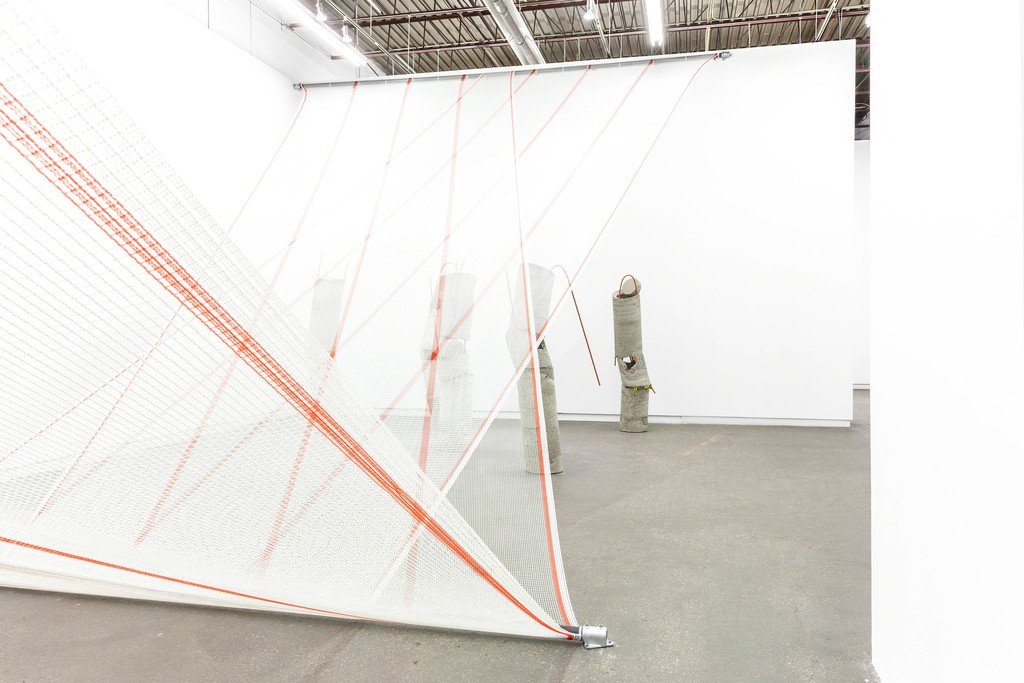 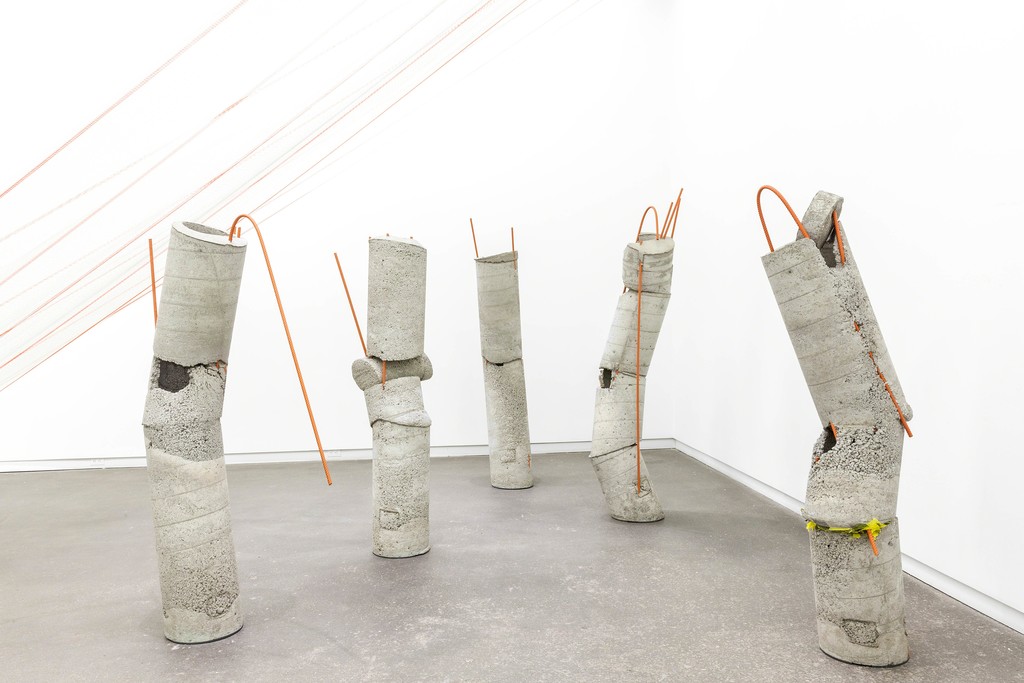 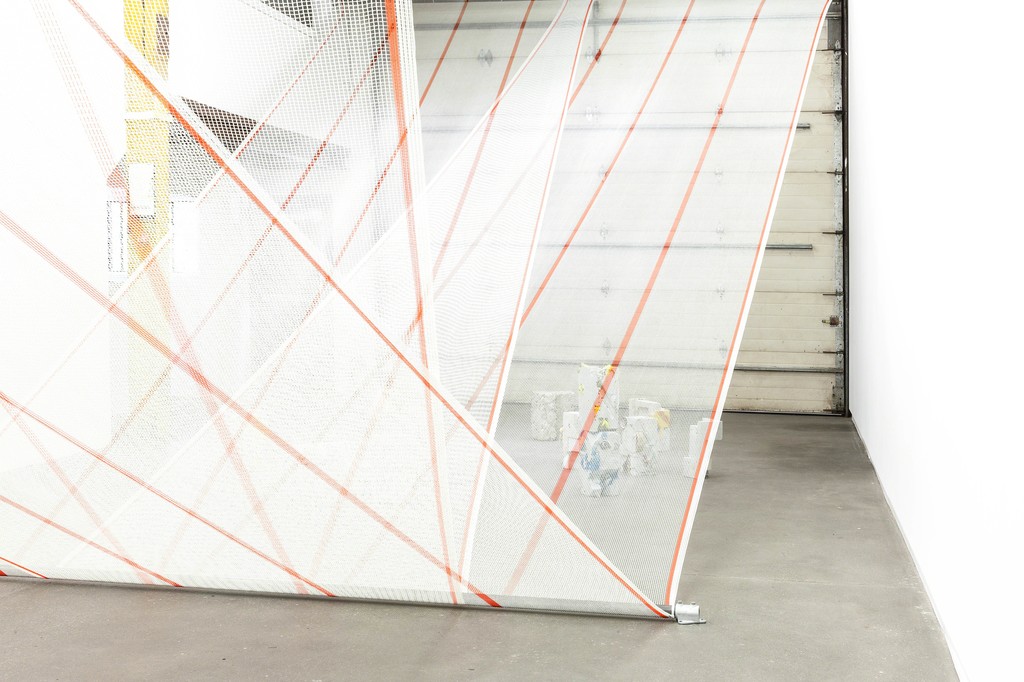 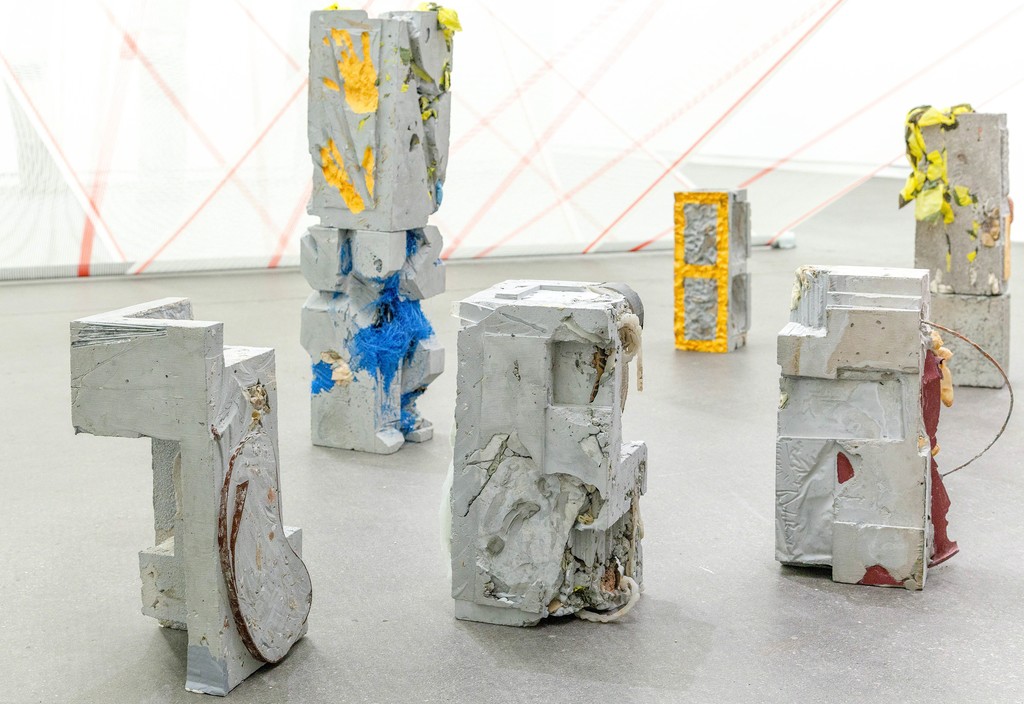 "Work over time" is a simple phrase that can be read in three distinct ways: to "work overtime" is to work extra hours, to perform additional labor beyond what one has been contracted for. The phrase "work, over time" describes the duration of objects created by human labor, and highlights the fact that all objects have four dimensions, not merely three. Finally, "work over time," or "W/t" can be read as part of a physics equation. In physics W/t=P, or "Work over Time equals Power."

A long-time resident of New York City witnesses the effects of the global plutocracy's financial cat-and-mouse games on her city firsthand. Living among New York’s ever-multiplying demolition and construction sites, she observes the accelerating vacant verticalization of her environment. She internalizes this simultaneous shifting. It is neither something being built nor something being destroyed; it lies between what once was and what is becoming. Occupying that liminal space, it confounds our linear vision of time, uniting past and future within an object, making the present an impossible place to be.

Mundane construction materials combine in the local vernacular. The urban characters of São Paulo and Brasilia permeate the works via materials, form, and process. Brazilian high modernism's "space age" buildings were made using the simplest materials: wooden forms, steel bars, poured concrete, and a massive supply of laborers, swelling around construction sites, the evidence of whose hands was later erased through seamless, scale-less finishing.

The Workers are concrete and steel cast in cardboard tube forms used for quickly and inexpensively casting load-bearing support columns. Made by hand using rudimentary techniques in an improvisational manner, the Workers have no finishing, no magic. Everything is visible. The Workers hang in exhausted contrapposto. The rough materials of the Workers belie their fragile character. The bodies can barely remain standing.

The Blocks are the same dimensions as the two most common concrete blocks used in Brazil, Canada, and the U.S.. Cast from an amalgam of concrete and scrap material from the Workers and their Block predecessors, then carved, they create an irrational index of the exhibition's manufacture; everything usable is reused. They sit on the floor, we tower over them. They are the blocks that build our buildings, the blocks that form our cities, the unit form and the whole, material and architecture.

Between the Blocks and the Workers, a taut structure of construction debris netting, Over (2), divides the gallery by uncanny diagonals. Ubiquitous in our New World cities of demolished neighborhoods and growing towers, debris netting sheathes construction and destruction in ghostly gauze, separating the messiness of work and workers from the city at large. Over (2) is the slash that separates the dividend from the divisor, work from time, a semi-permeable barrier that both pre- and proscribes interaction between them.