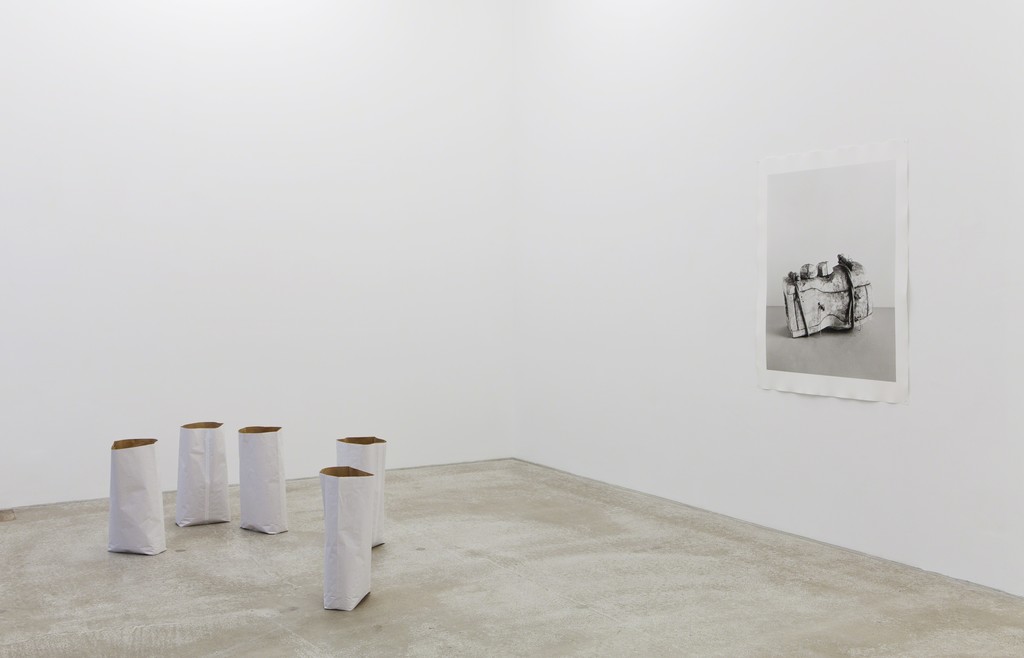 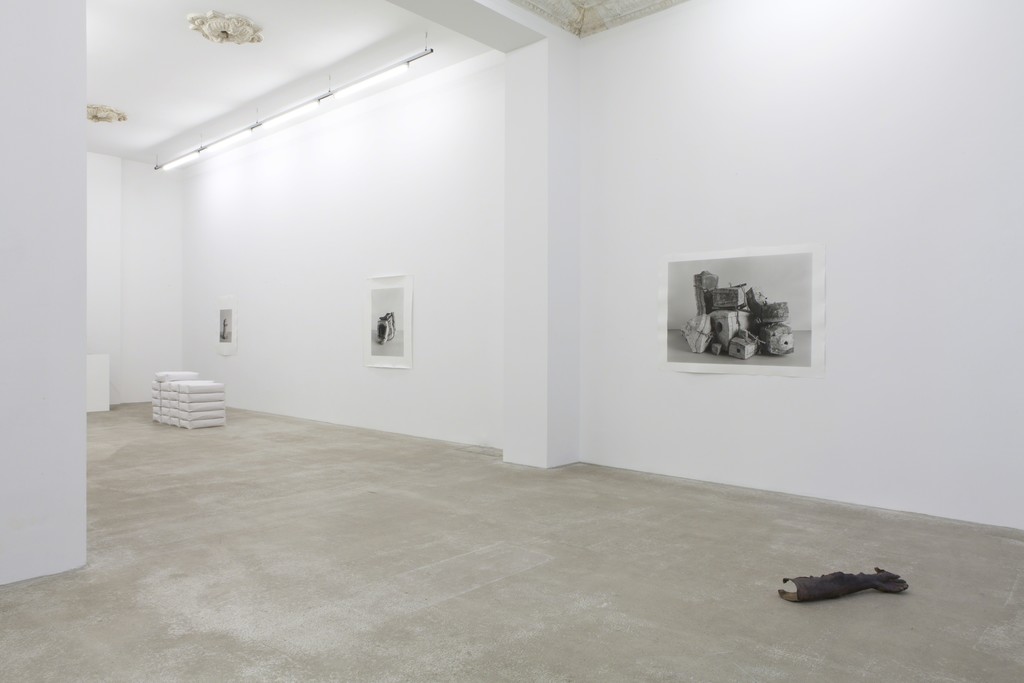 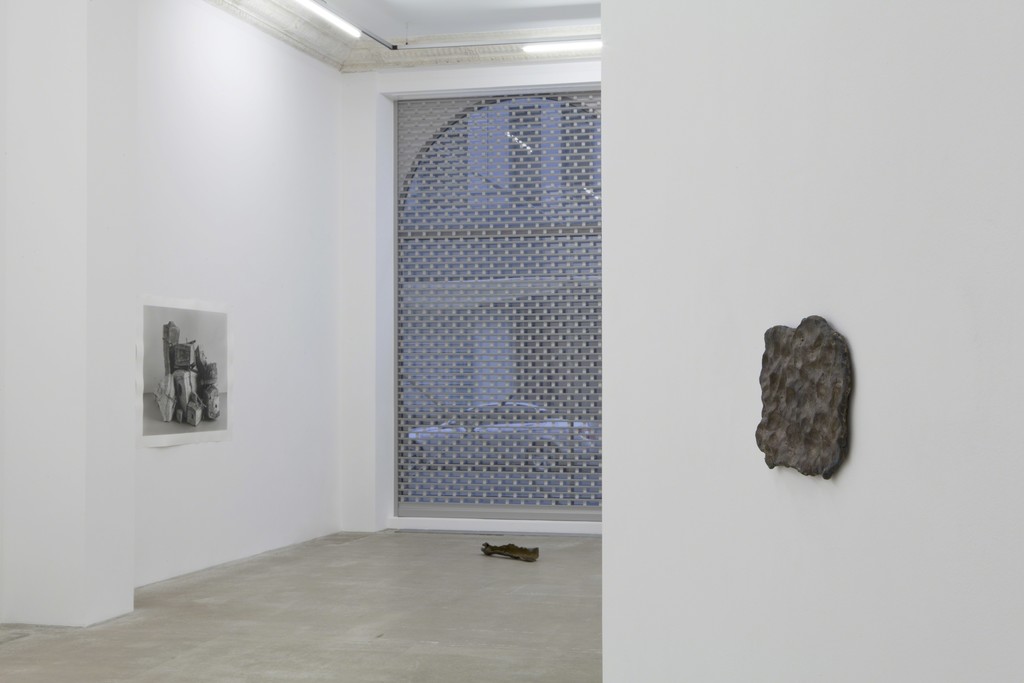 Daniel Marzona is pleased to announce the first solo exhibition of Johannes Wald.

The exhibition lending thought body explores several recent aspects of Wald’s artistic practice. The exhibited photographs and objects deal with relationships between the form and meaning of a sculpture, the sculptural process and the manifestation of the body within materials, as well as questions if and how the feelings and emotions of the artist can be expressed through material shapes and forms.

The black-and-white photographs from the series Broken Entity were taken at the Berlin Sculpture Replica Workshop which is a part of the Collection of the National Museums of Berlin / Prussian Cultural Heritage Foundation. They depict plaster molds which are used to make replicas of sculptures found in the collection. Each of these objects is the negative impression of an original sculpture, for example a head or figure from antiquity or a bust from the Renaissance. The molds shown in the photographs of Johannes Wald have one feature in common: the original sculptures, for whose replication the molds were made up to 200 years ago, have since been destroyed, be it by fire or during the war. Through the loss of the original sculpture, the nature of these molds has been altered; once merely a tool for the reproduction of a sculpture, they become originals themselves. Wald has chosen to show these molds as sculptures rather than their plaster casts, suggesting that the visualization of the actual lost original sculpture is better left to our imagination.

The photographs are juxtaposed with two sculptures titled Stone With No Form. Both consist of loosely arranged paper bags which are filled with stone dust. Approximately 700 kilograms of limestone from Brandenburg – a generic material for sculpture as well as the building industry – is presented without a stable shape or form. Although the sheer material is present, it denies any shaping, definition or reference.

In his sculpture Grace Is a Volatile Matter, a wax mold of an arm which has been cast into bronze, Wald explores a reoccurring theme within his sculptural practice, the relationship of material and the ephemeral. How can volatile phenomena, i.e. movement, gesture, or emotion, be represented by and depicted through rigid matter?