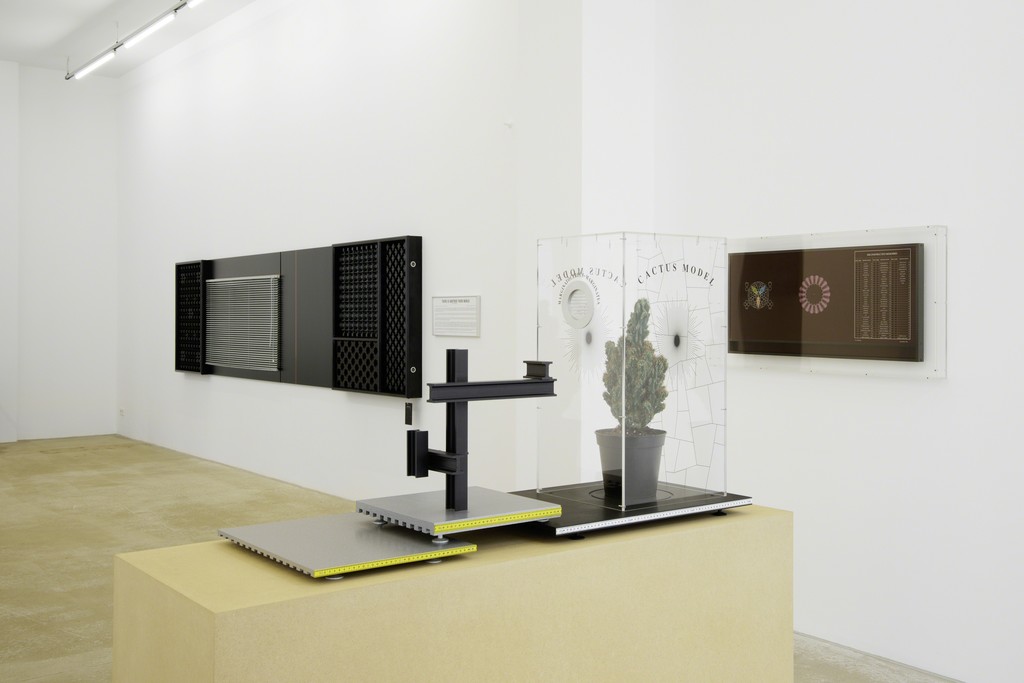 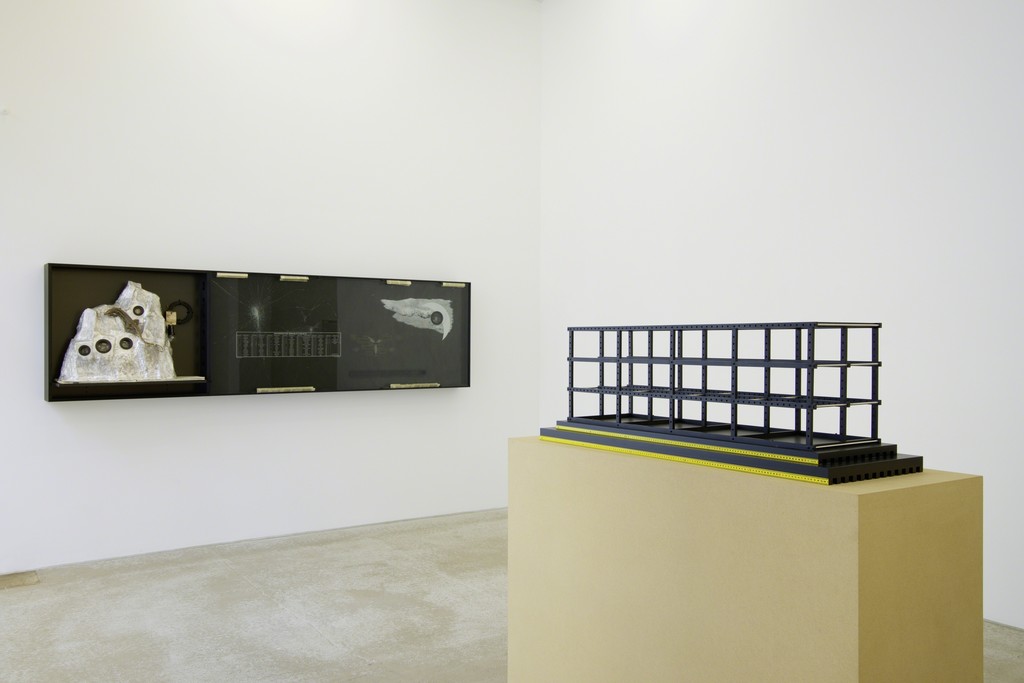 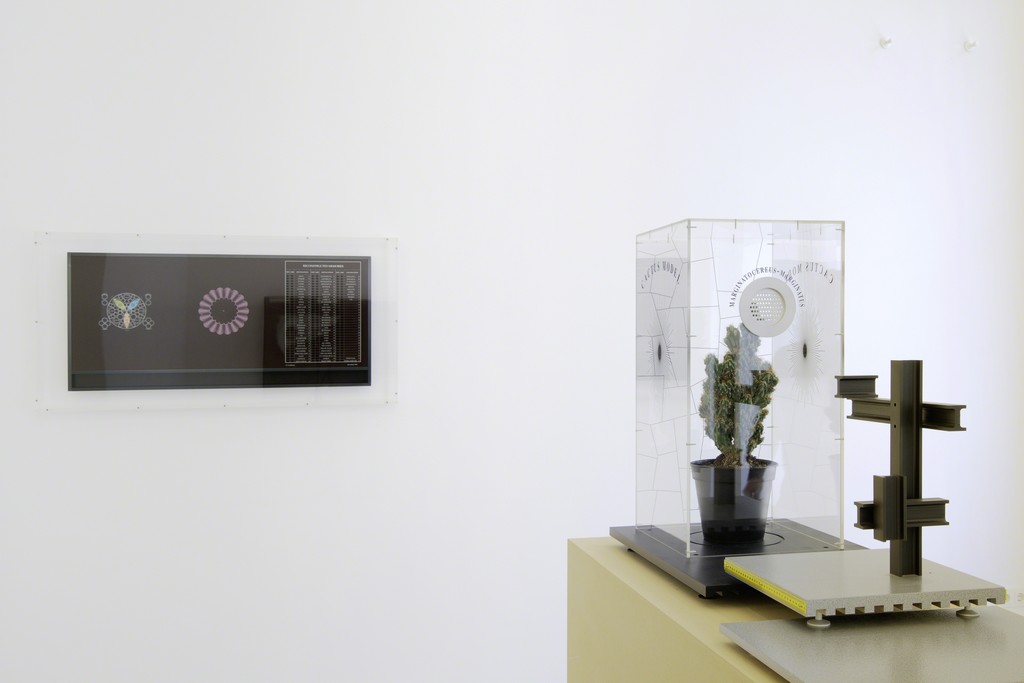 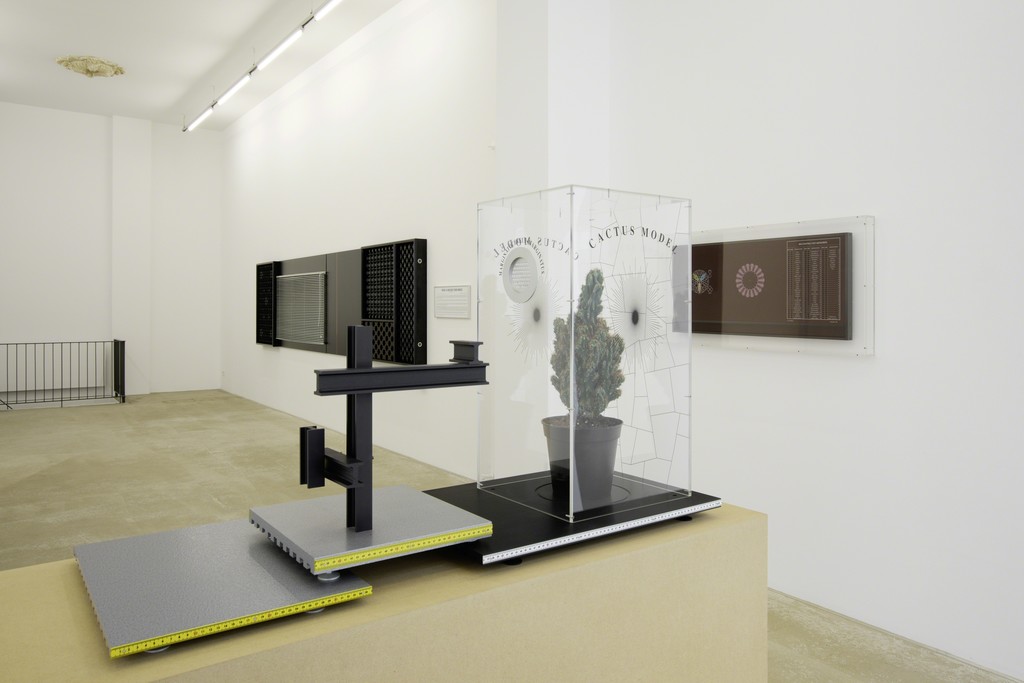 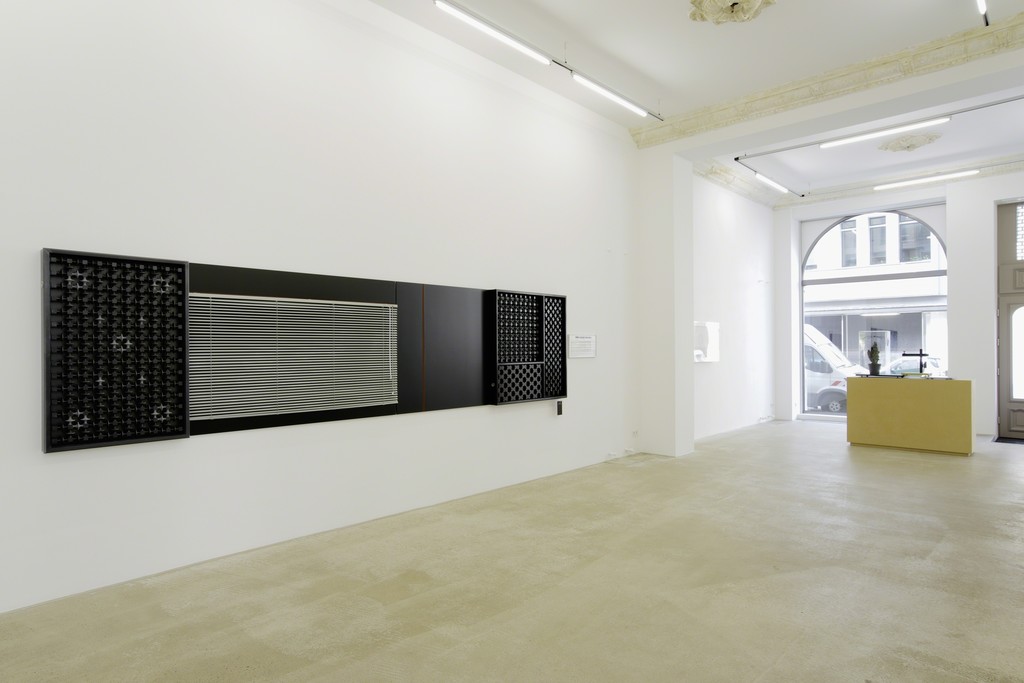 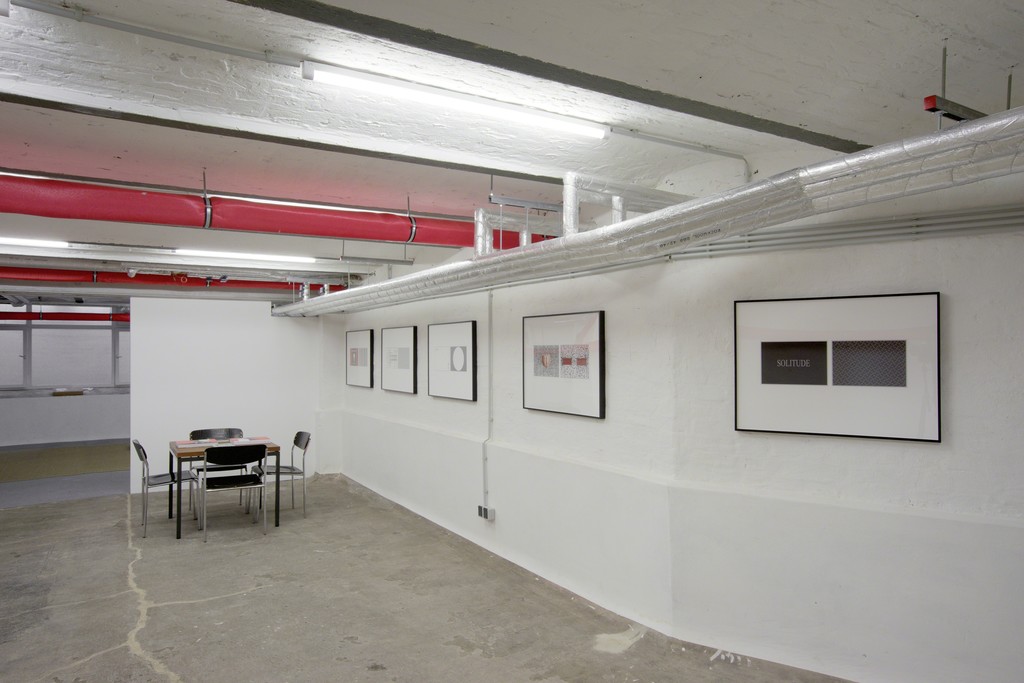 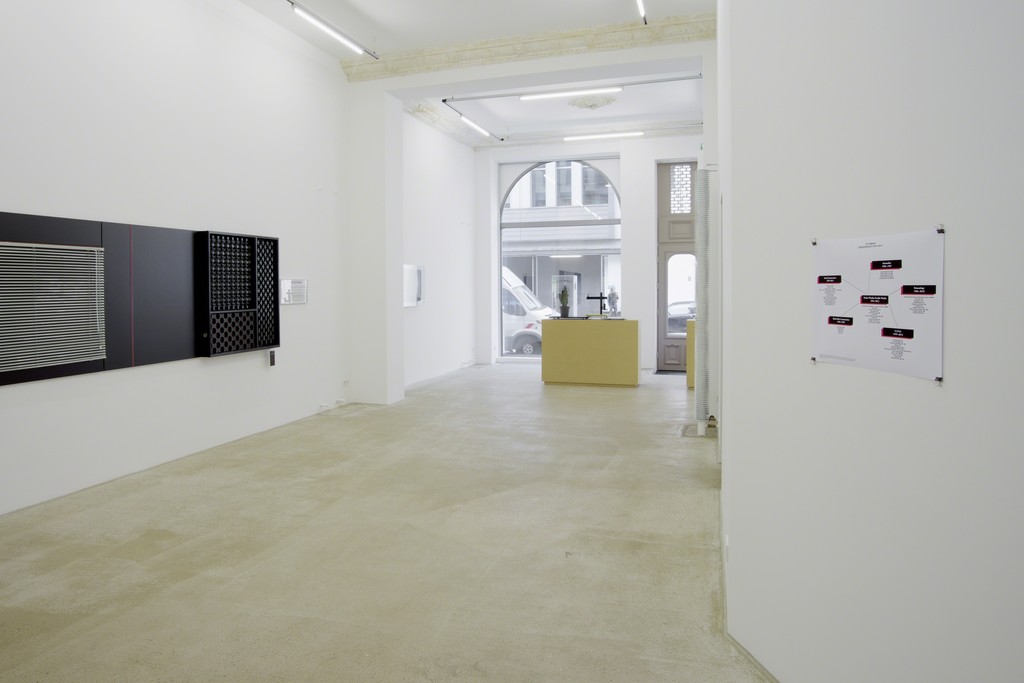 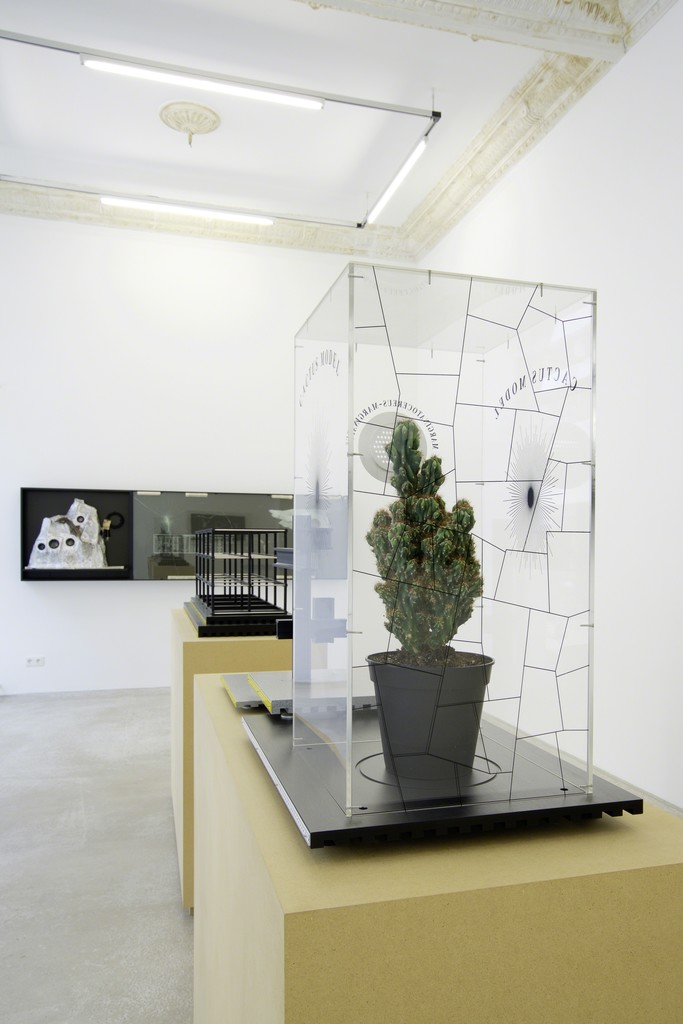 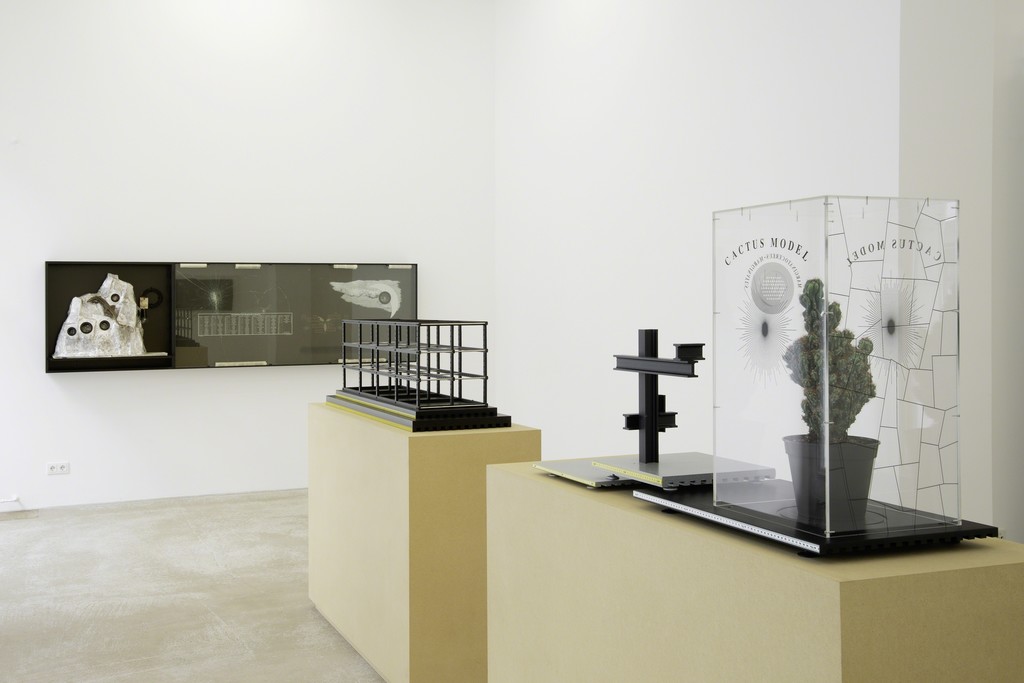 After living in Western Europe for ten years, Goldstein chose Jerusalem as his home, both conceptually and physically. There he developed a unique style building powerfully pictorial and technically precise sculptures. In many of his early works he began to define an acentric, non-hierarchical, and hybrid cosmos; thus providing an alternative model to our occidental worldview and concept of art. In a non-journalistic way, Goldstein is interested in experiences and deeply rooted traditions of so-called pre-modern cultures that, suddenly and irreversibly, have been pushed into a post-modern world. In the process, all categories dissolve into one, or, as the artist puts it: „ (...) there are no distinctions in my artistic work between different Modernist categories: fantasy and theory, concept and aesthetics, context and ontology, biography and ideology, between being central and geographically peripheral.“

The exhibition at Daniel Marzona centers around two large-scale wall reliefs. In Winds from the Sahara: Sirocco – Day 4 (1996/1997), the artist reflects upon his travels and expeditions to Africa and Asia. He refers to the climate, “winds”, as a profound influence on cultures and on the habits and lifestyles of locals. In a similar way, Reconstructed Memories (Lariam B) (2001-2005) is connected with travelling. The work is based solely on his memories of places and people that he met on his journeys and addresses traumas connected with ideas of the foreign, or the other.