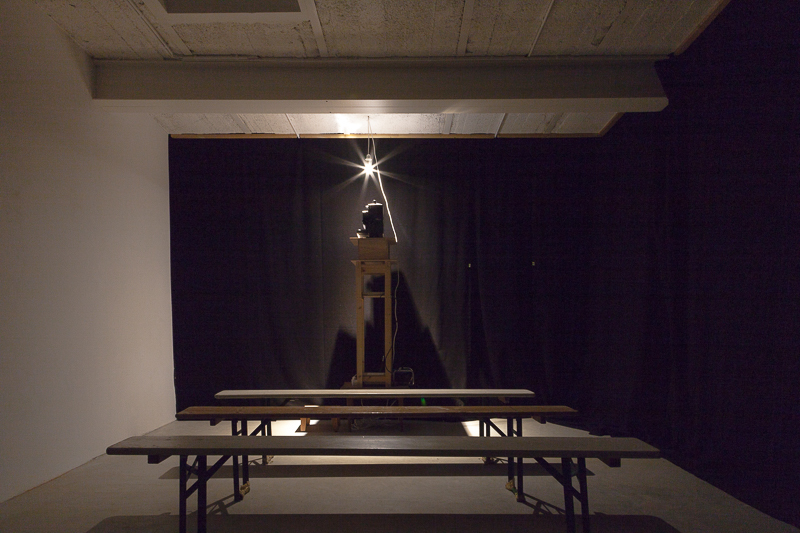 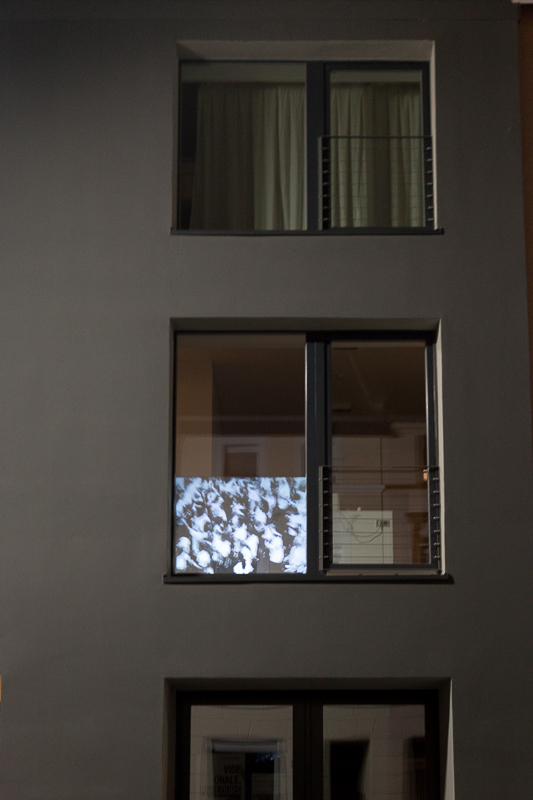 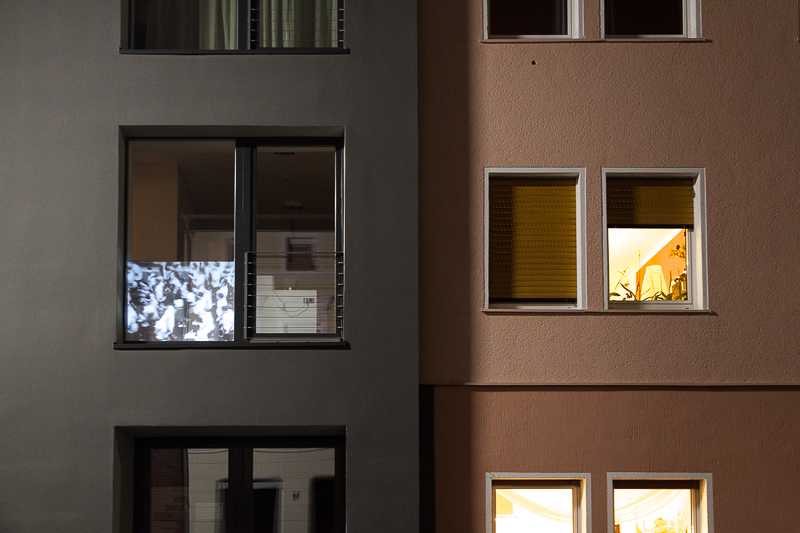 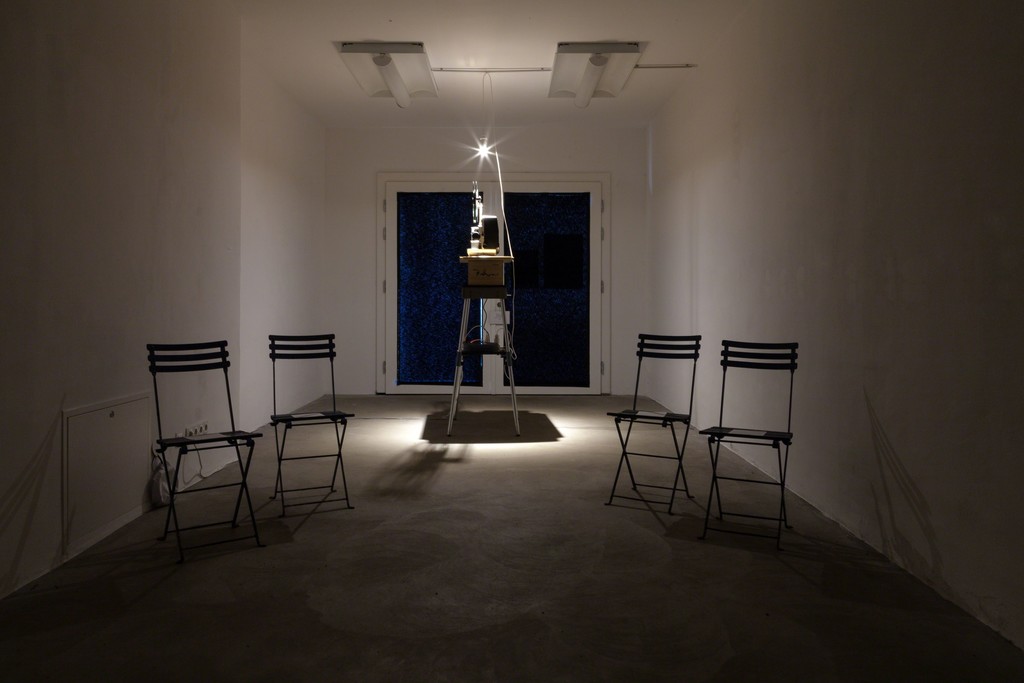 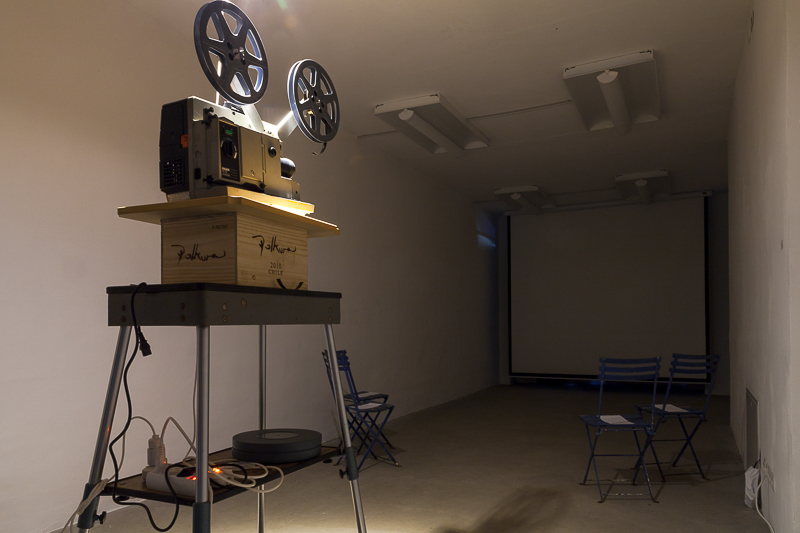 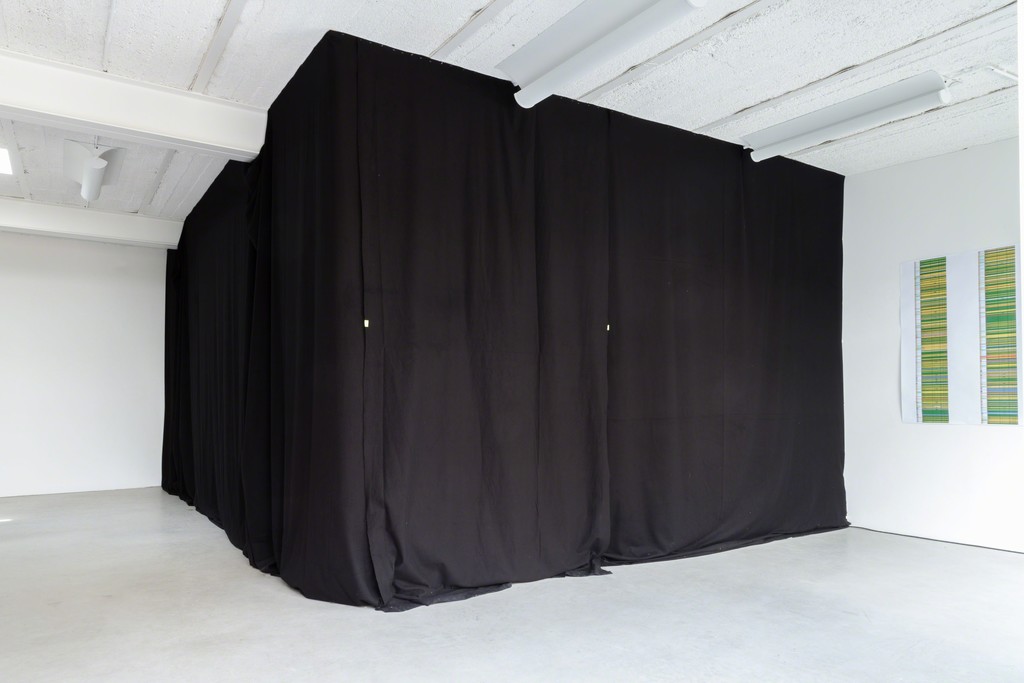 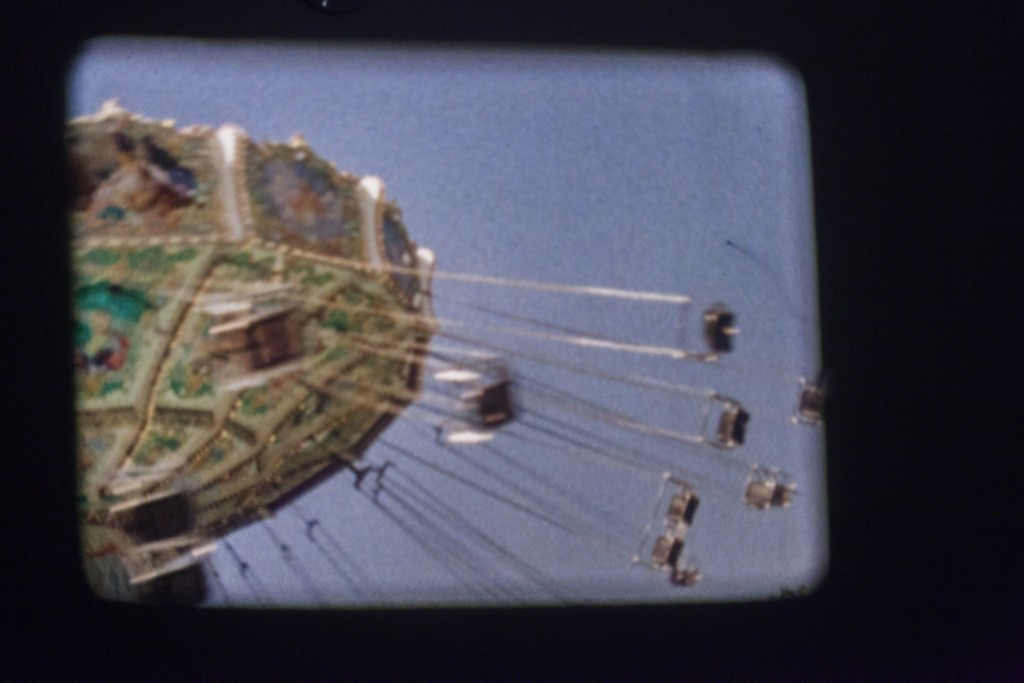 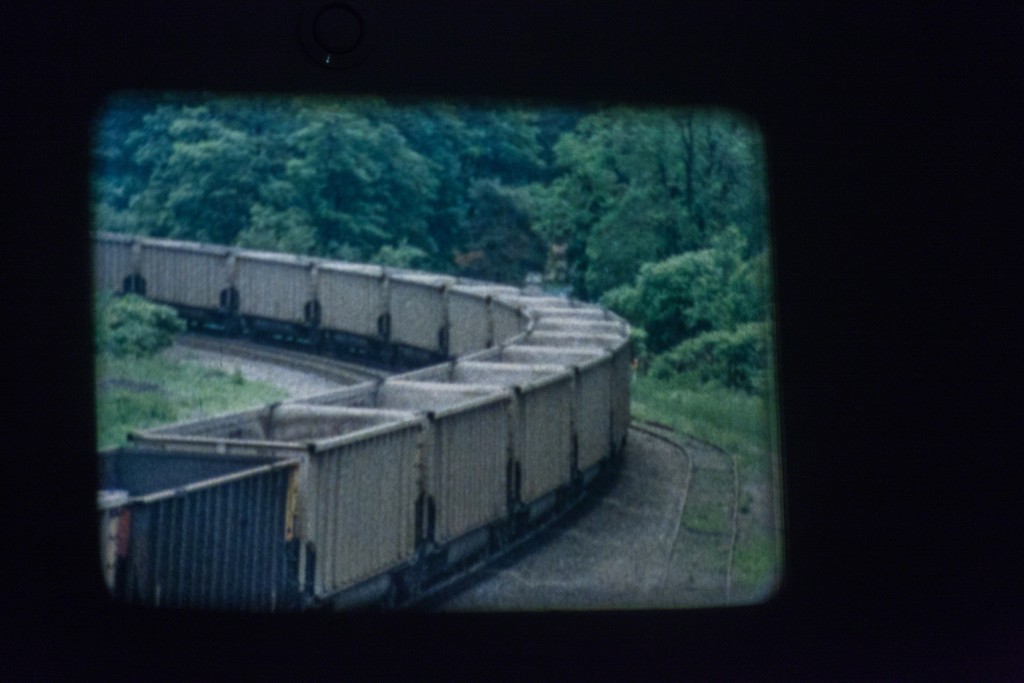 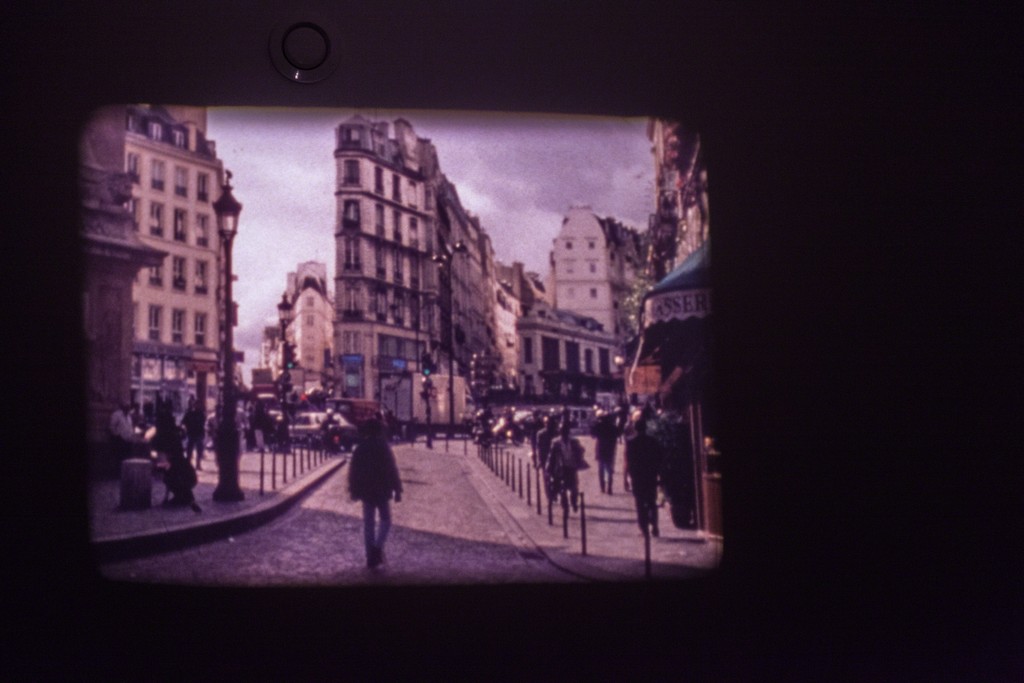 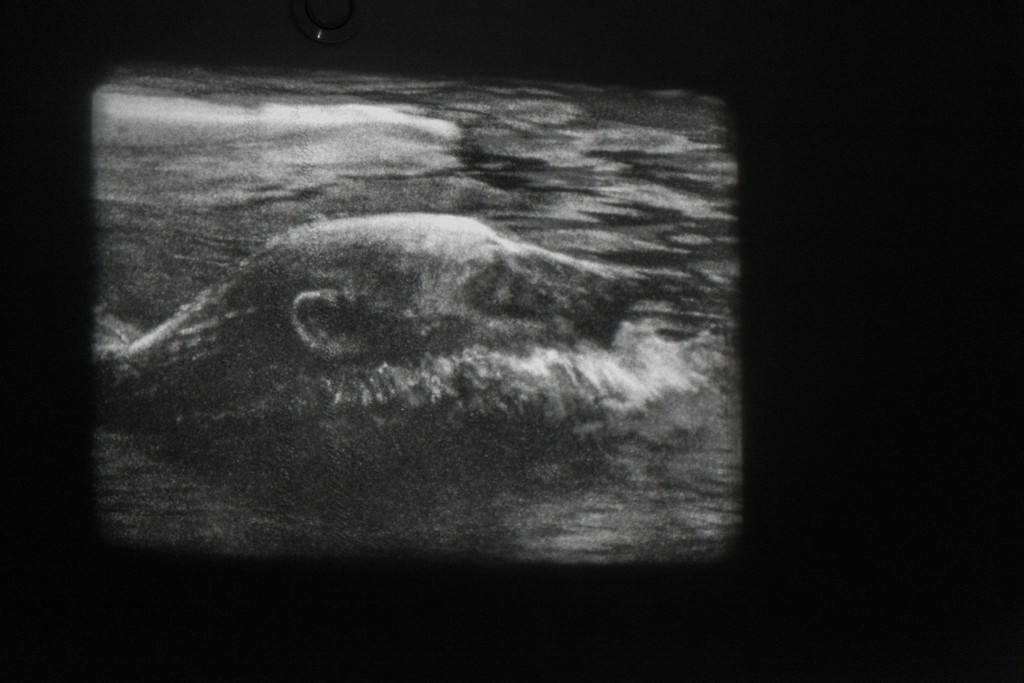 The central aspect of Helga Fanderls working approach as a film artist, is to capture the experienced moment. – Her films are created exclusively in the camera. The turning on and switching off is the cut. There is no montage or postproduction. The films are in Super-8 format and without sound. The focus lies on the creation of the film during the filming. The alienation by cinematic means transforms familiar images and impressions into a Terra Incognita which has to be discovered.

In the street-sided showroom the 16mm-film The Color Run (enlarged from Super-8) was exhibited on demand. The black-and-white film, created 2013 in Paris, shows a white, dancing and moving mass of uniformly dressed people, preparing for a so-called Color Run, where they will throw paint bombs towards each other. The absence of colour, as well as the spatial and temporal densification of the waiting people turn this harmless fun runner into an anonymous mass, awakening associations of other mass phenomena.
A special part from The Color Run was digitized and shown in addition as a projection in one of the front-side windows.

The rear showroom was partially transformed into the model of a Super-8-Cinema, in which Helga Fanderl presented two programmes composed of Super-8 films – Film Live, how she calls it.

In the installation The Color Run and in two Film Live programmes film as film and therefore the screening itself was the central theme. By that mean the operating of the film-projector, the change of the film roles, the focusing of the image and the adjustment of the splice position, the program introduction by the artist as well as the following conversations about her films became a performative act and at the same time part of the shown Super-8 programme.

The exhibition took place alongside the VIDEONALE.15. DAS ESSZIMMER was again part of the 2015-edition of the VIDEONALE.PARCOURS.