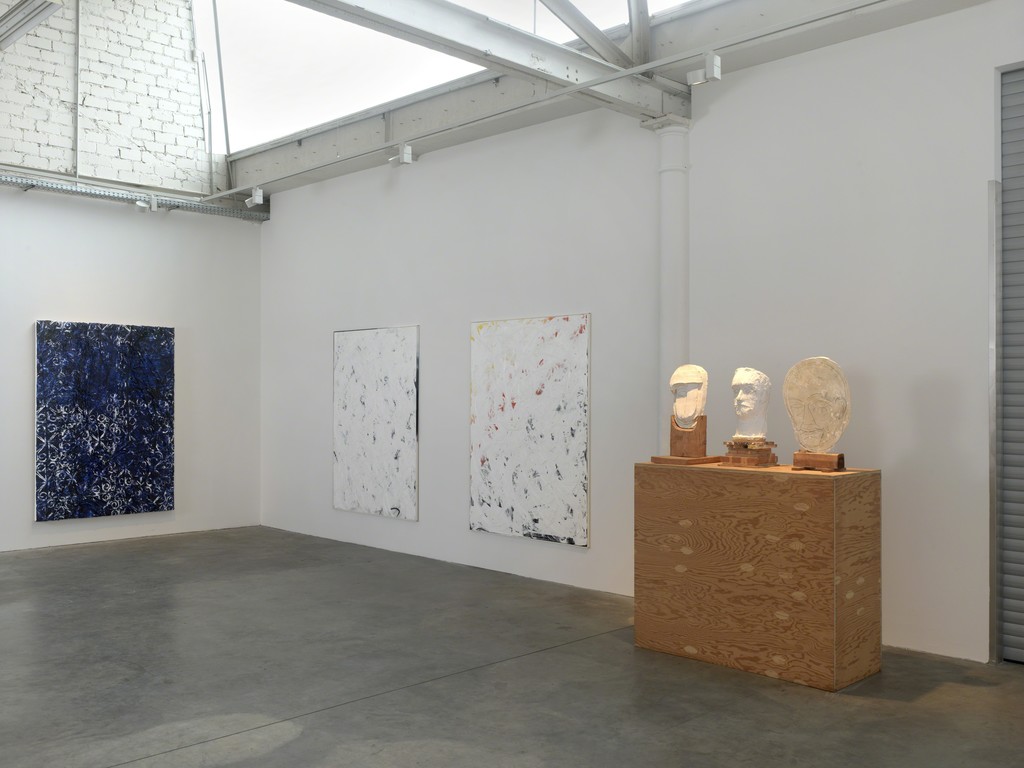 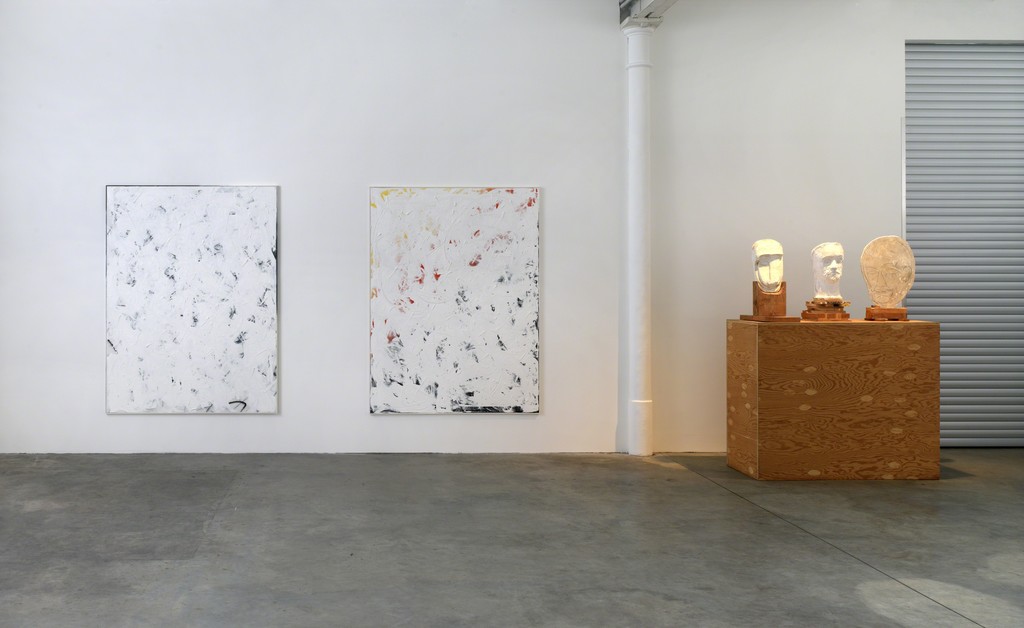 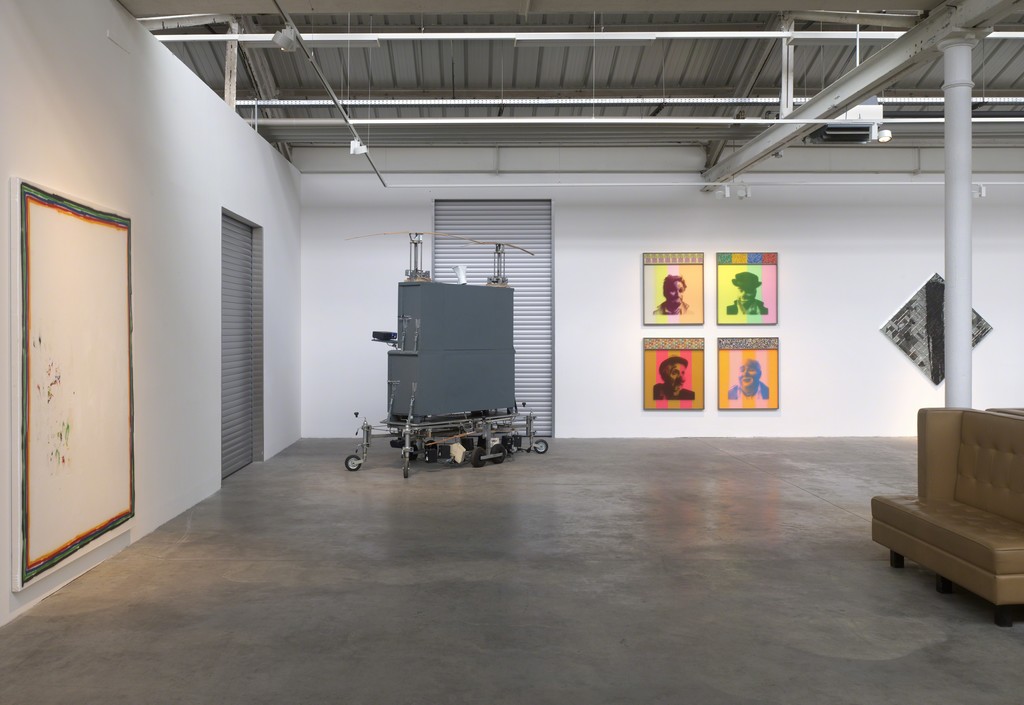 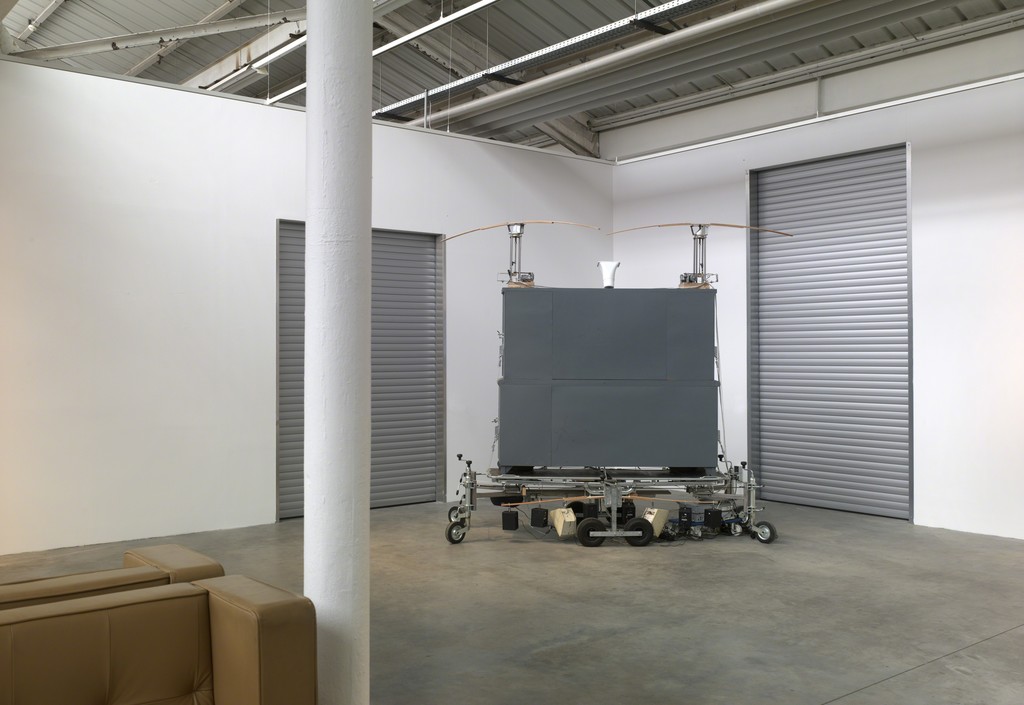 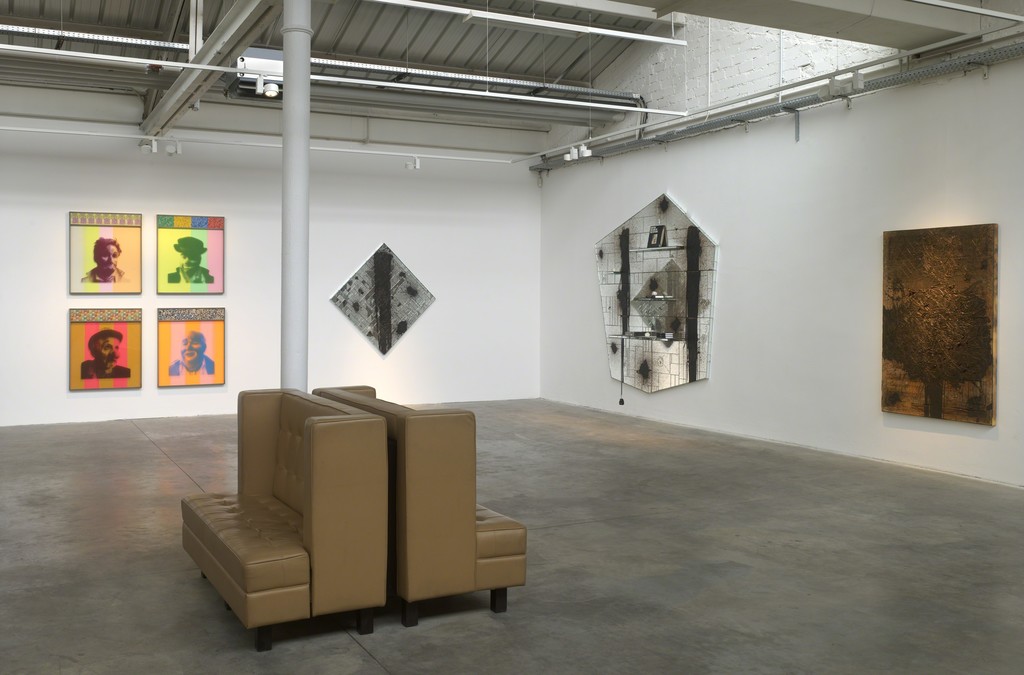 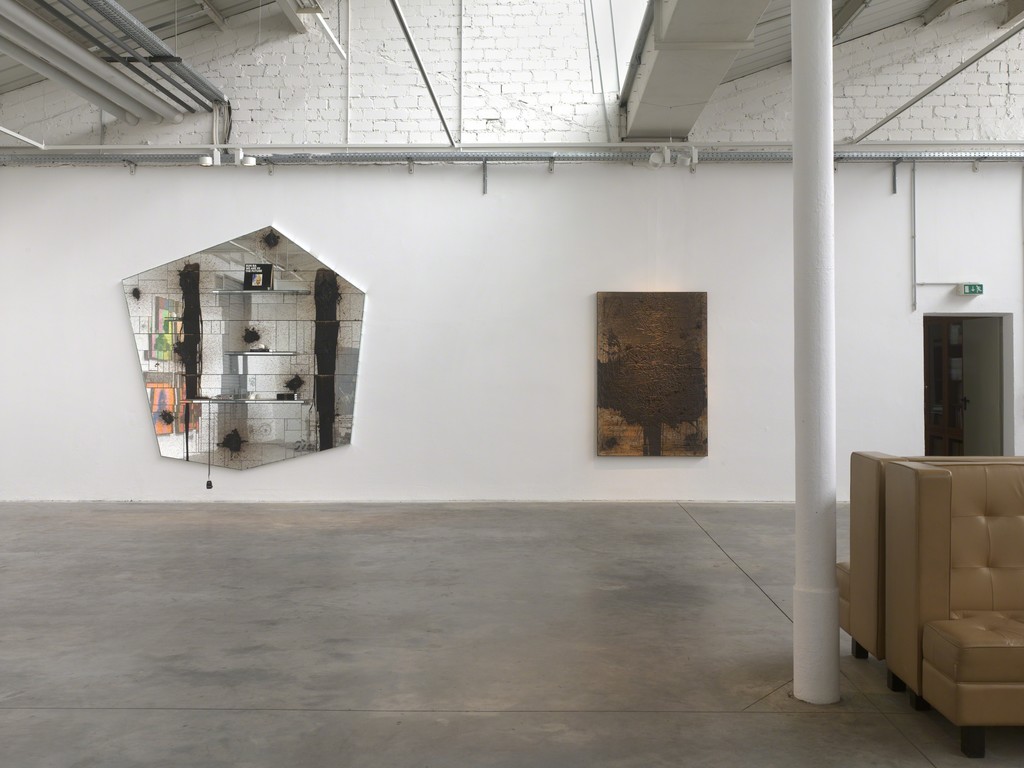 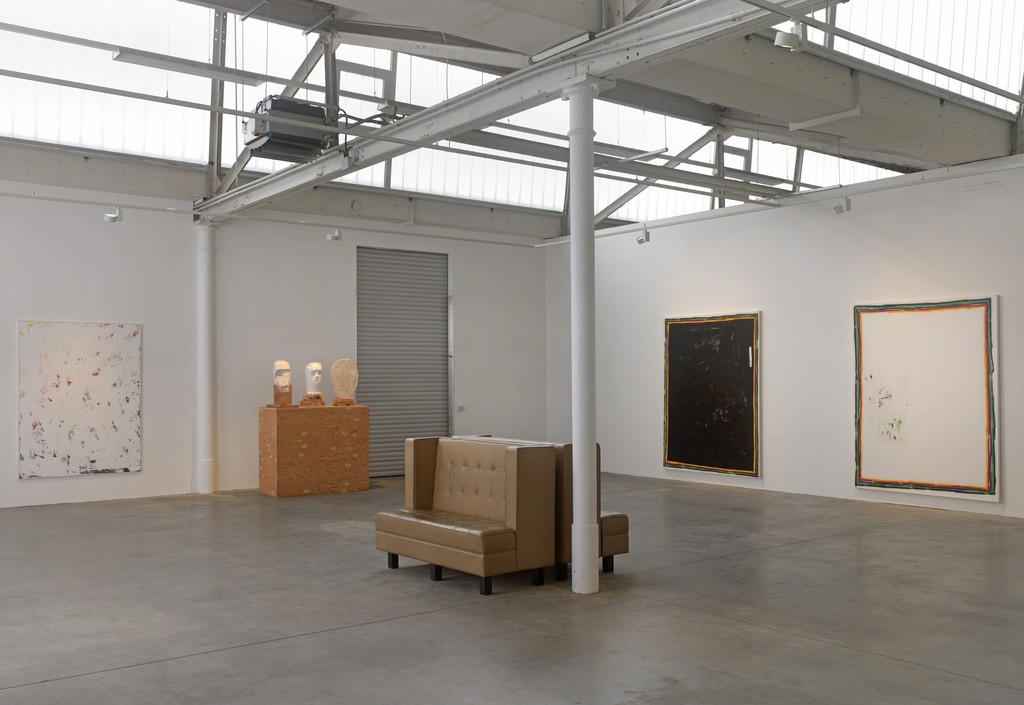 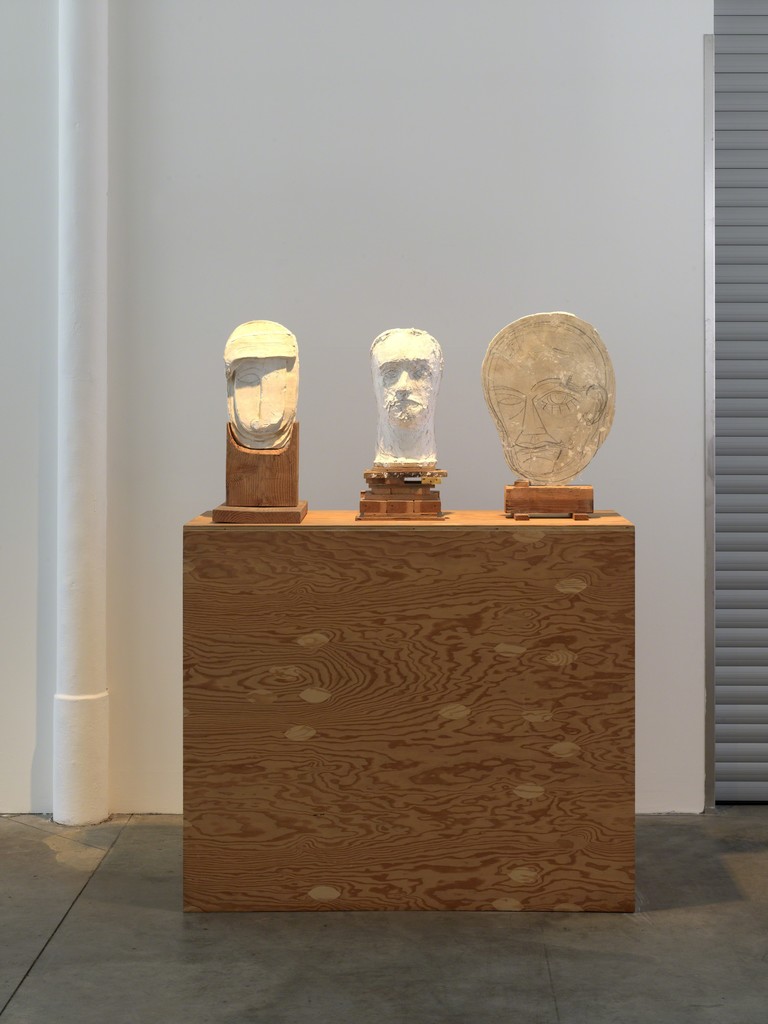 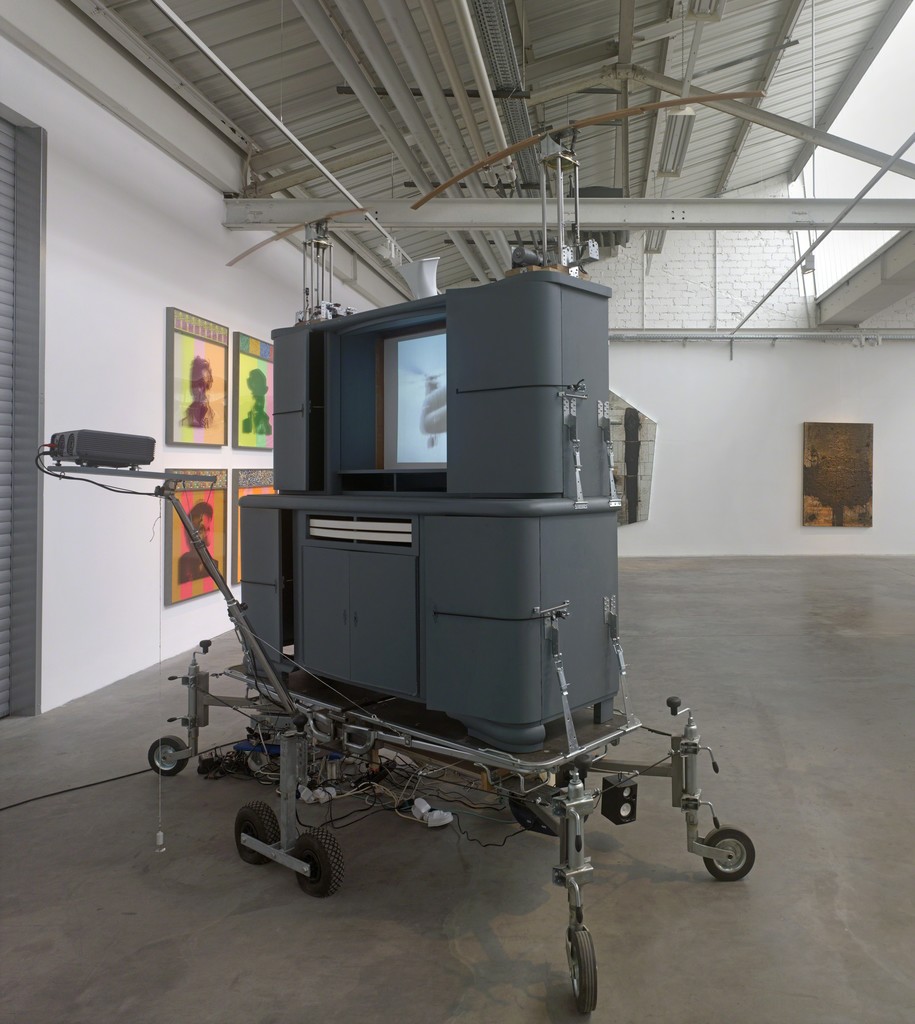 I MAY BE WRONG BUT I THINK YOU ARE BEAUTIFUL is David Achenbach’s inaugural show to
open his exhibition space David Achenbach Projects. This first exhibition launches a continuous
presentation of contemporary art, with David Achenbach showcasing the latest artistic styles
two to three times a year. The art manager has selected a space in a former industrial building in
Düsseldorf’s Heerdt district. For the inaugural exhibition, he has invited seven artists to display
their work over an area of around 200 square metres.
The artists
Kathryn Andrews (1973), Andreas Fischer (1972), Thomas Houseago (1972), Rashid
Johnson (1977), David Ostrowski (1981), Angel Otero (1981) and Chris Succo (1979).
The list of artists is itself a clue to the direction the project space is heading in. “I want to show
young styles that are being talked about internationally and that already have positions of
relevance,” David Achenbach says. His choice of Englishman Thomas Houseago, Americans
Kathryn Andrews and Rashid Johnson and Puerto Rican Angel Otero demonstrates Achenbach’s
fine-tuned ability to spot up-and-coming talent. Kathryn Andrews, for instance, recently
presented disturbingly beautiful installations in Cologne’s Museum Ludwig on the topic of the
everyday, somewhere between pop art and concept art. Thomas Houseago has been attracting
the attention of the international art world for some time with his mask-like sculptures. Rashid
Johnson’s exciting pieces tackle the search for his cultural origins. Using a special technique he
developed himself, Angel Otero takes strong materials to create texturally interesting
structures.
2
However, David Achenbach does not only have eyes for the scene outside Germany. The 27-year
old regularly visits local artists’ studios in Düsseldorf, in Cologne – around the Rhineland. In
Chris Succo, Andreas Fischer and David Ostrowski, Achenbach has chosen three graduates of the
Kunstakademie Düsseldorf. Andreas Fischer, formerly of Georg Herold’s master class, invents
kinetic machines with moving stories. David Ostrowski, who studies under Albert Oehlen, uses
meagre materials to paint sparse patterns. The impression is of an artist who stops painting just
before the impetus leaves him. Meanwhile Chris Succo, also a protégé of Georg Herold’s,
stretches a light-hearted tightrope between gestural and constructivist painting.
David Achenbach
Only few curators manage to keep their research both at home and abroad entirely up to date.
David Achenbach learned his craft during his management studies in Munich, at Sotheby’s
Institute of Art in London and, thereafter, as an art consultant with Berenberg Art Advice. Today,
as a managing director at State of the Art – International Art Advisory, he is responsible for
collection development. As such, he is always on the look-out for fresh talent to add to his
clients’ collections.
Over the years, David Achenbach felt a growing desire to be able to exhibit “his” discoveries, to
make them accessible to a wider audience. Thanks to David Achenbach Projects, works of art by
selected artists can now be shown in an innovative environment.
The experiment
David Achenbach Projects is an experiment. The project space is not a gallery in the
conventional sense, but neither is it a commerce-free museum. That is to say, David Achenbach
does not enter into fixed ties to particular artists. He very deliberately chooses styles for his
exhibitions which he considers important, so that he can keep an eye on the works of art
produced over an extended period of time. In so doing he collaborates with galleries, private
collectors and museums.