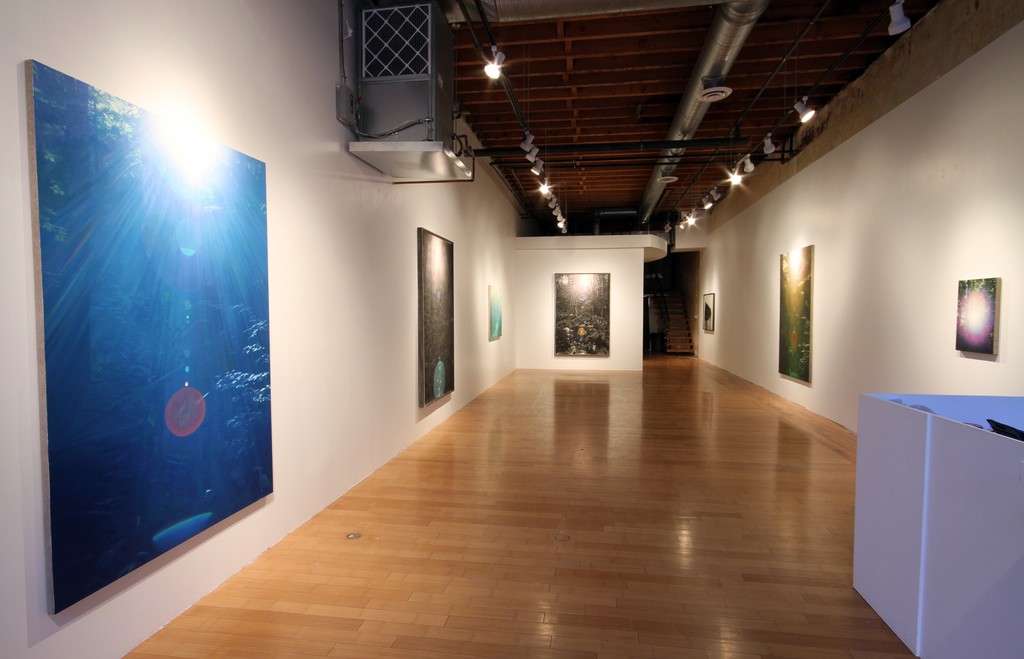 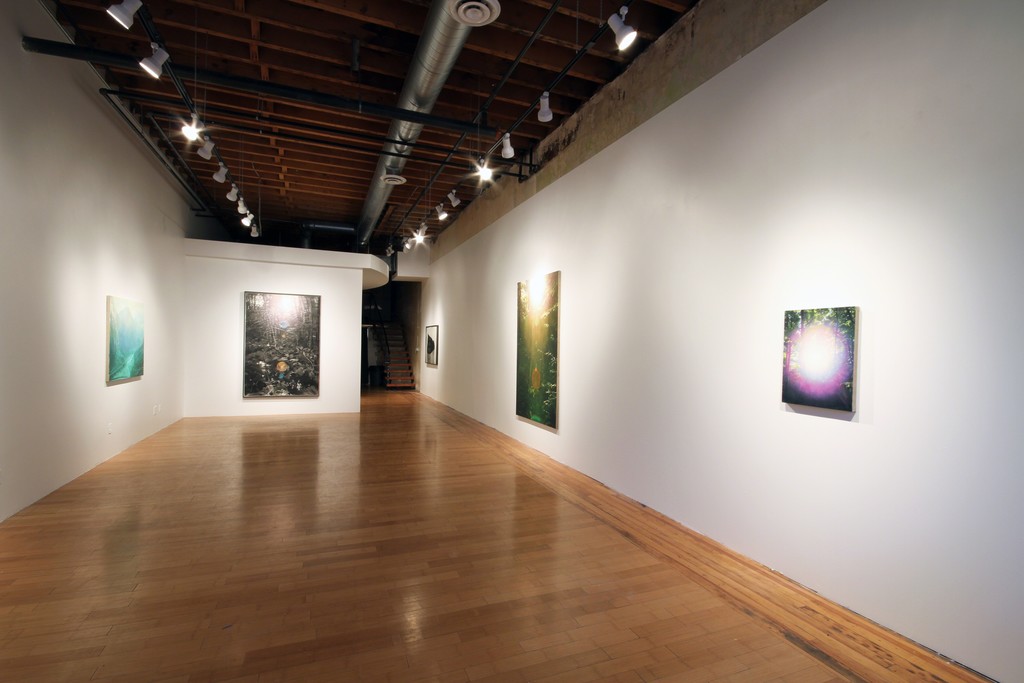 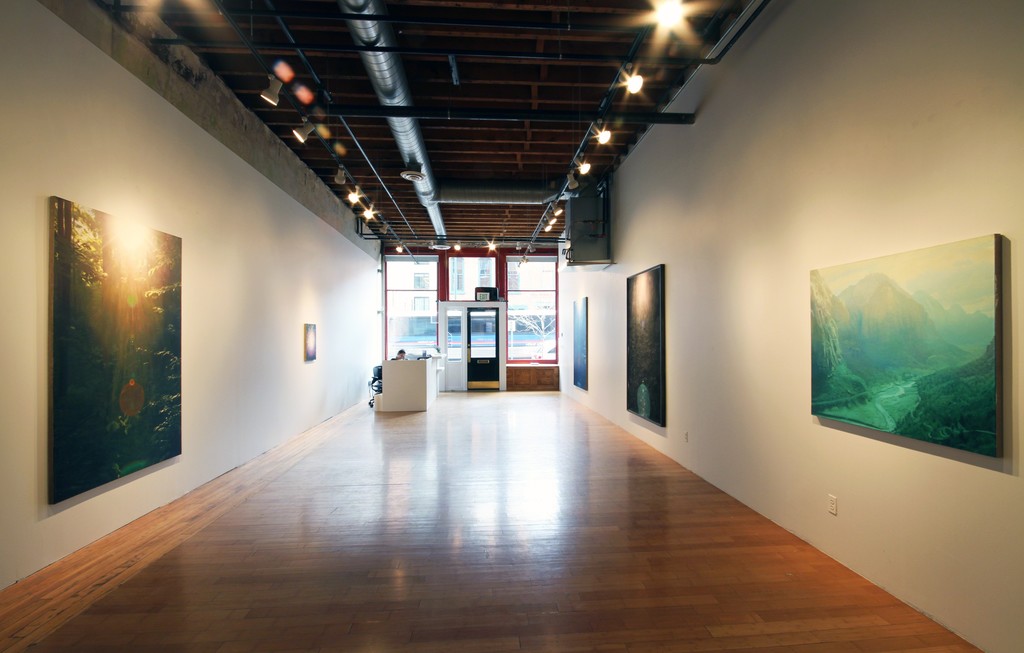 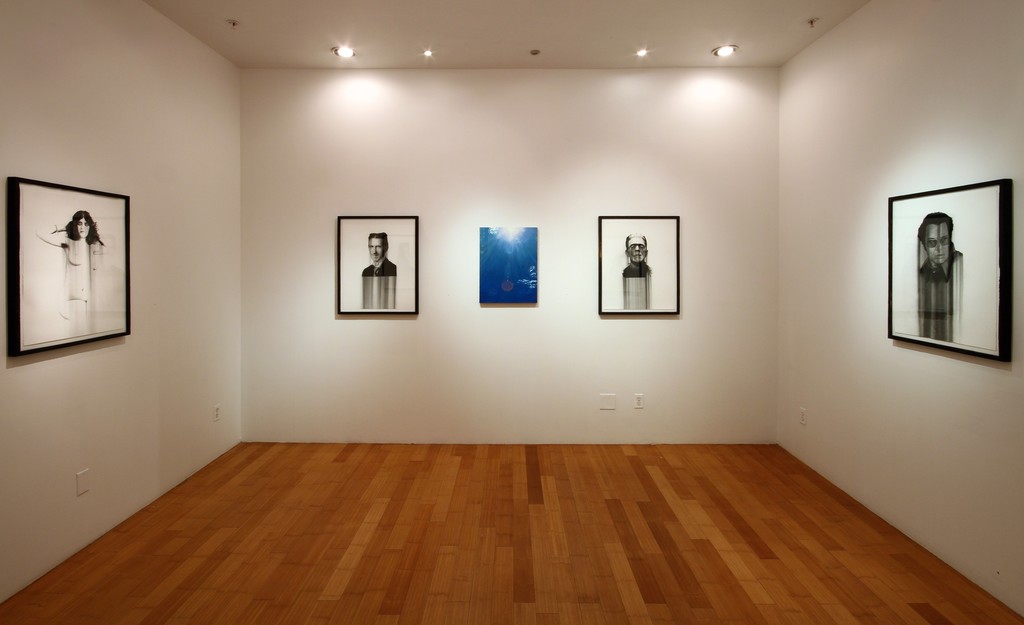 The title of the exhibition, Orgone, is taken from controversial mid-century psychoanalyst Wilhelm Reich’s term for his concept of a source of cosmic energy, stemming from human sexuality and the orgasm. The exhibition
comprises a series of photoreal painted works and charcoal drawings, which investigate concepts of technology, society, and visual structures— such as focused beams of light and lens flares—which have the power, both historically and now, to transform and seduce their users, citizens, and viewers.

Featuring portraits of historical figures such as Jean-Jacques Rousseau and Jim Jones, and signs of mass entertainment such as early cinema’s Frankenstein and the photographed Victorian nude, in addition to a
studiously rendered set of black flags, with Orgone, Jacobsen identifies the enticing pull of these symbols, as well as their contextual associations.

The exhibition culminates in a set of largescale paintings and charcoal works on paper, depicting a forest scene Jacobsen photographed in upstate New York. The light in these images is penetrating, hearkening back to theological and later mystical depictions of the light of God, as well as the lens flares employed in the Westerns of the 50s, New Age literature, and the current transitional graphics of Fox News.

Jacobsen presents the intersection of mass culture, sexuality, pornography, antiestablishment energies, murderous cults, and the tenets of modern and contemporary civilization, and offers them up for contemplation. These works are also beautiful, as Jacobsen packages his exploration of these concepts in works meant to draw the viewer in for the long read, with the idea that the images will offer more with repeated viewing.

Please join us for a reception with Paul Jacobsen, to be held at the gallery on Thursday, March 28, from 6 - 9 pm. On the occasion of the exhibition, David B. Smith Gallery will release a full-color catalogue in mid-April. Please visit our website for more information about this exhibition and the accompanying catalogue.