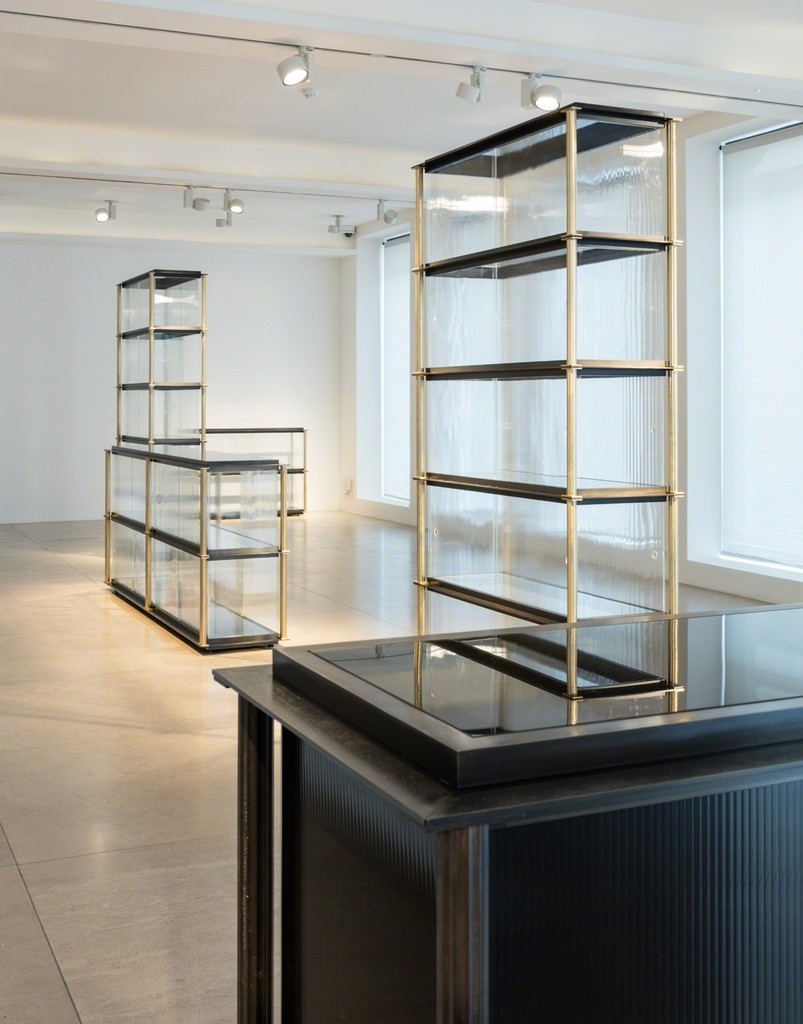 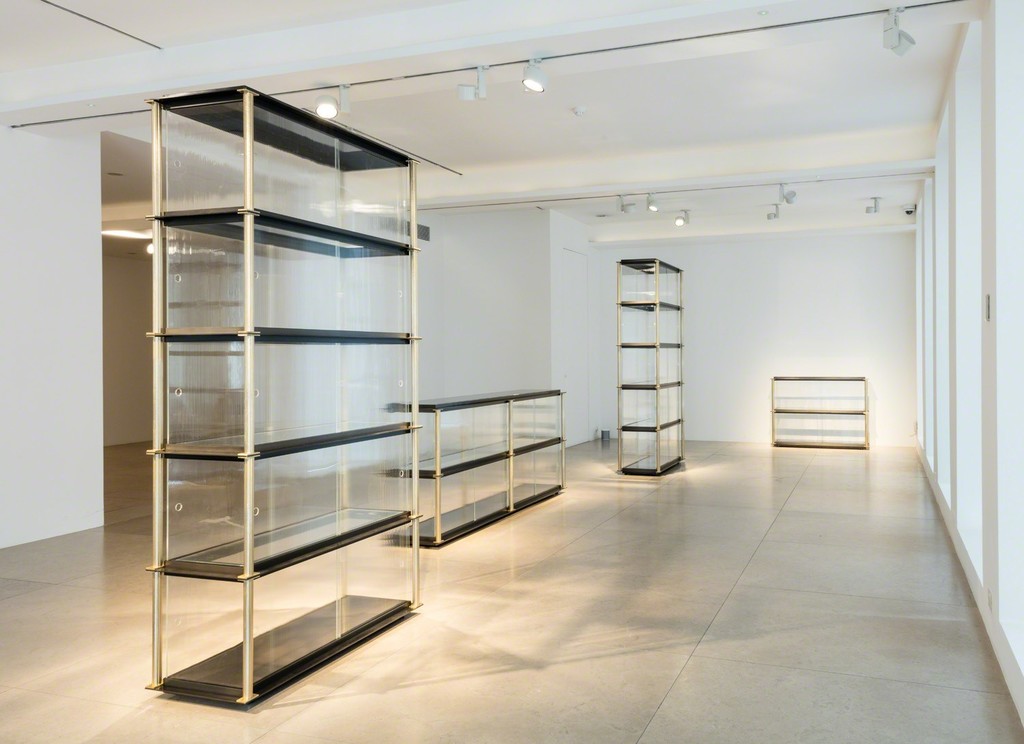 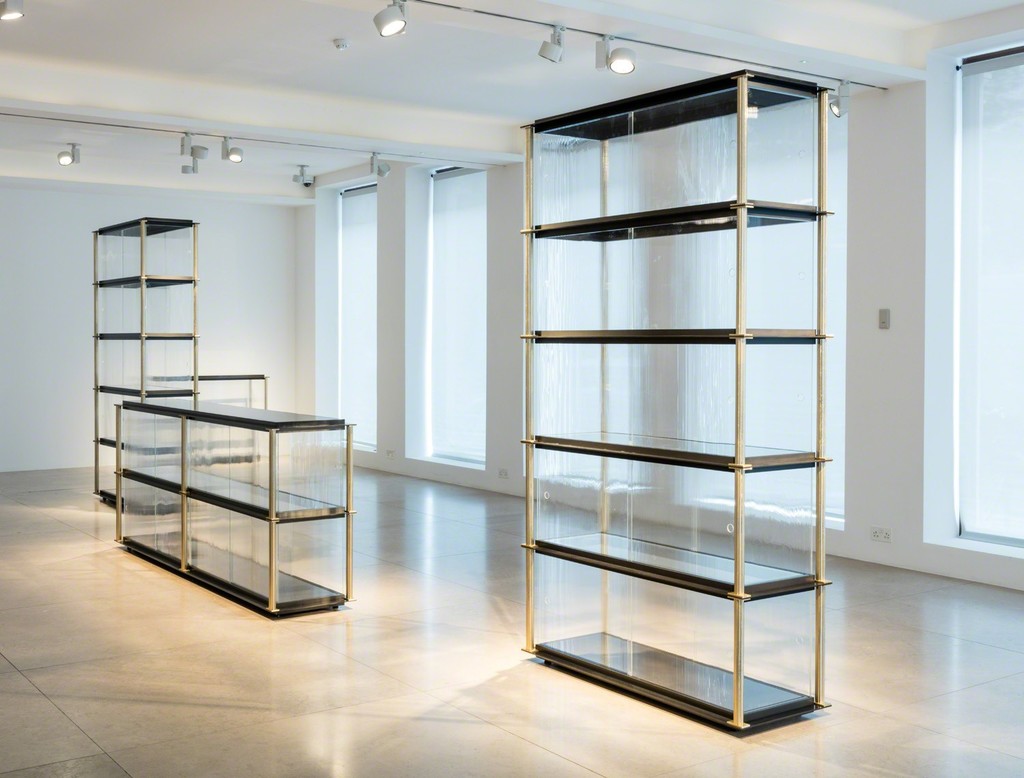 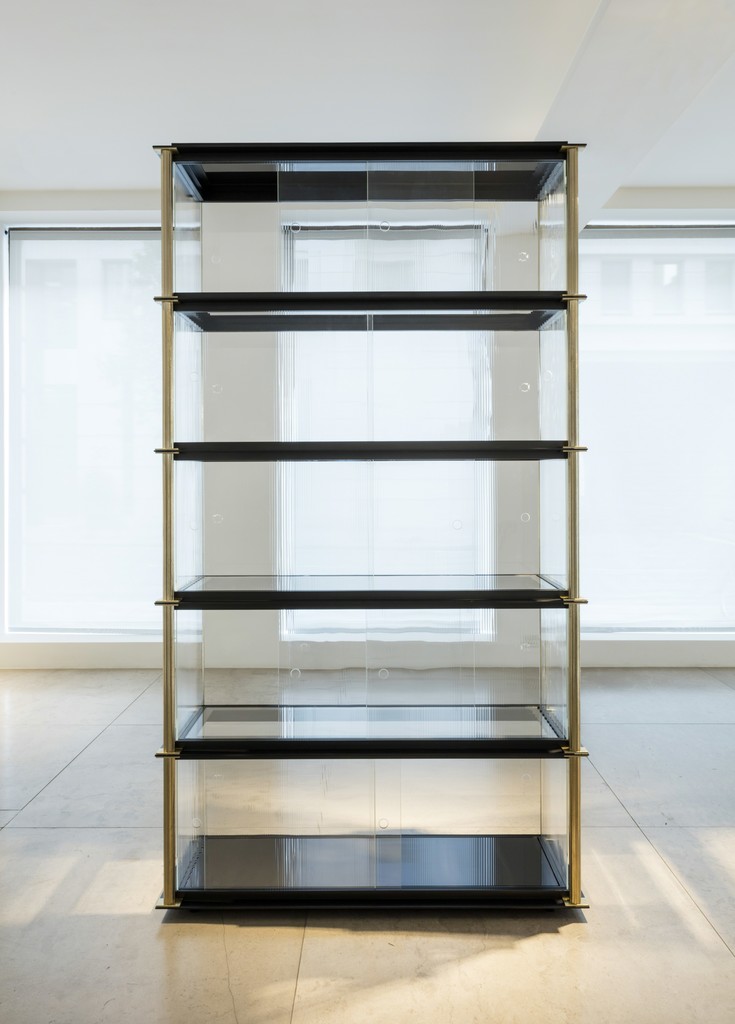 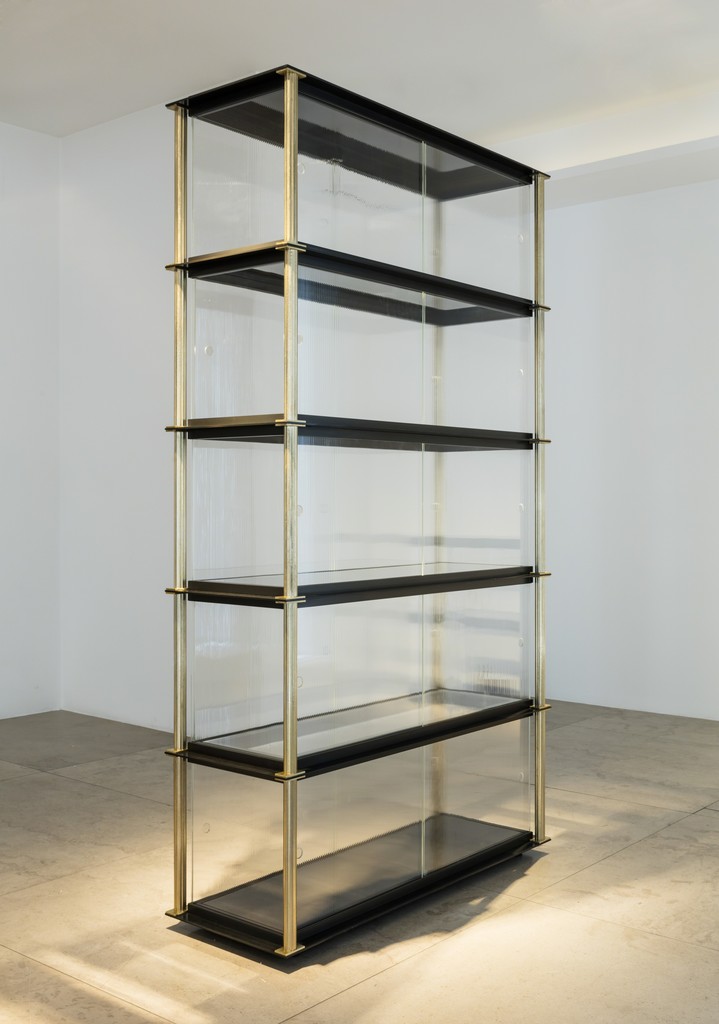 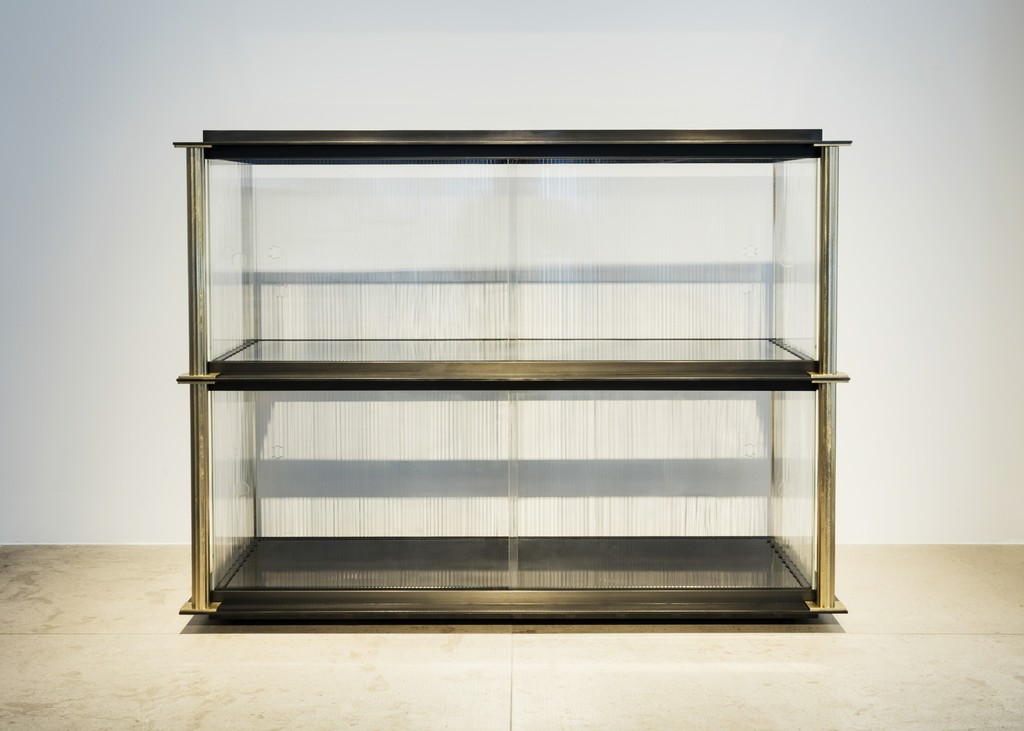 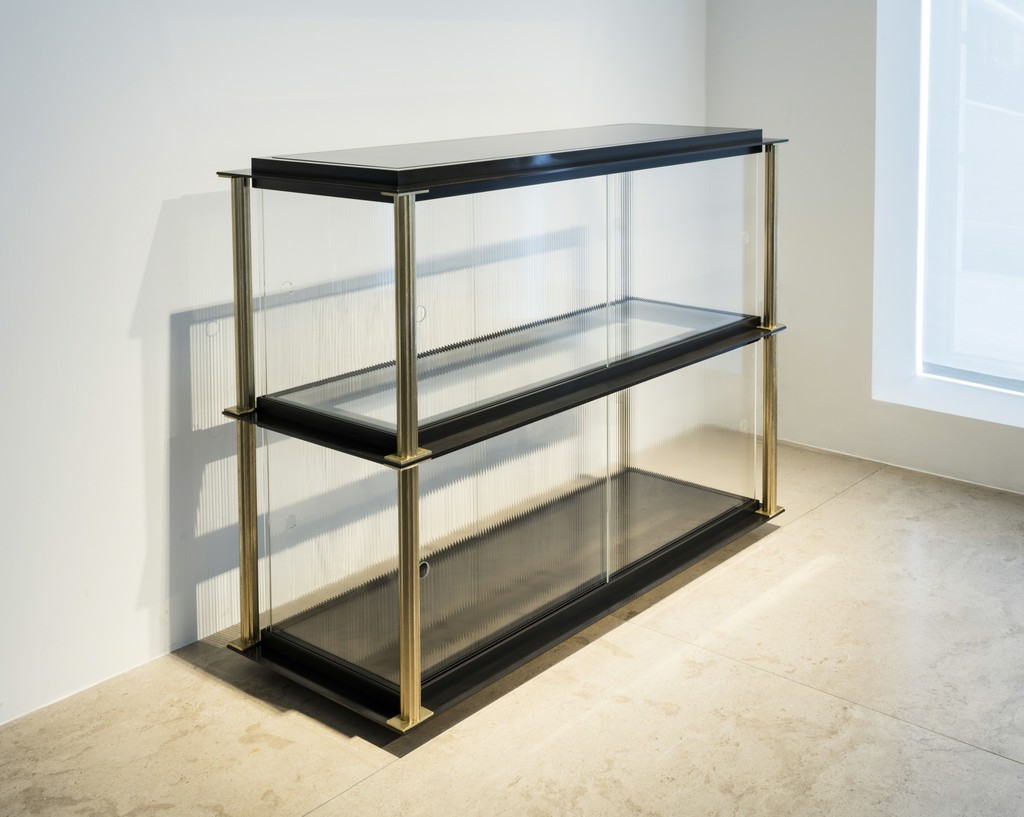 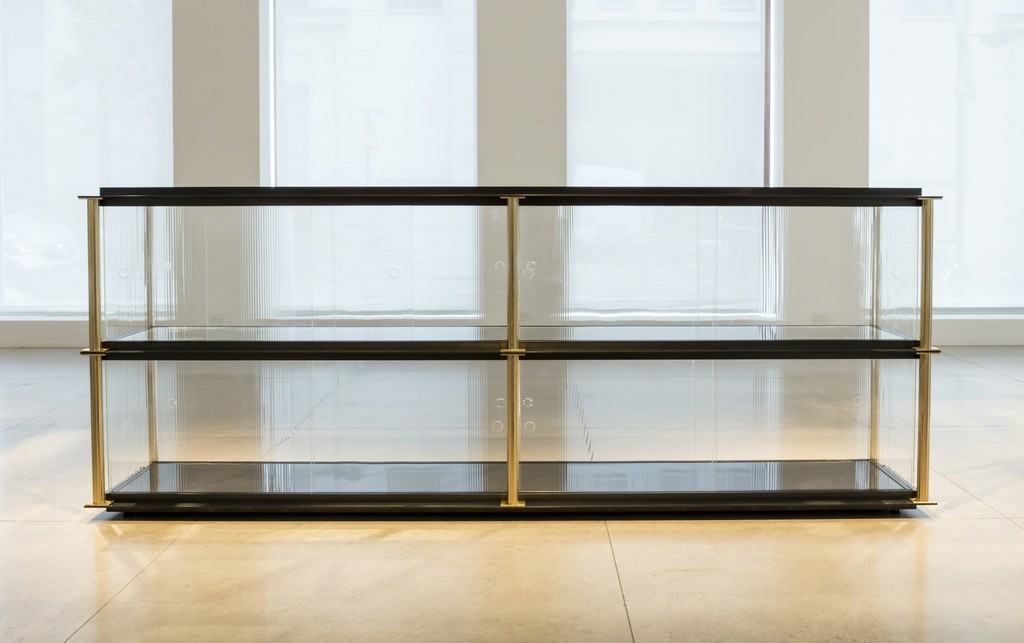 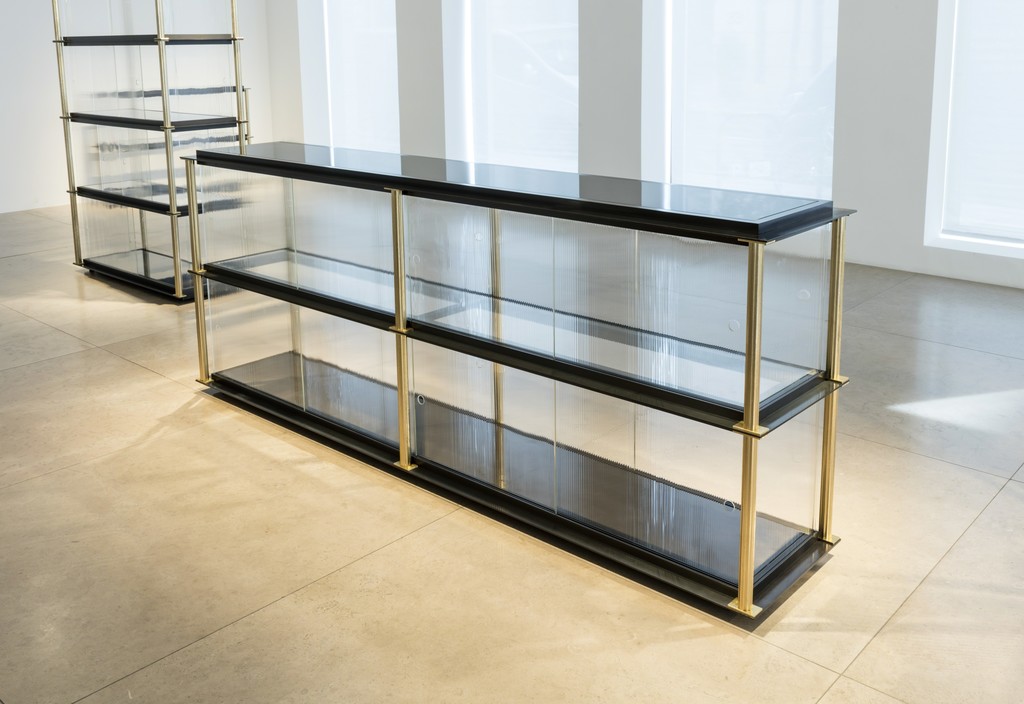 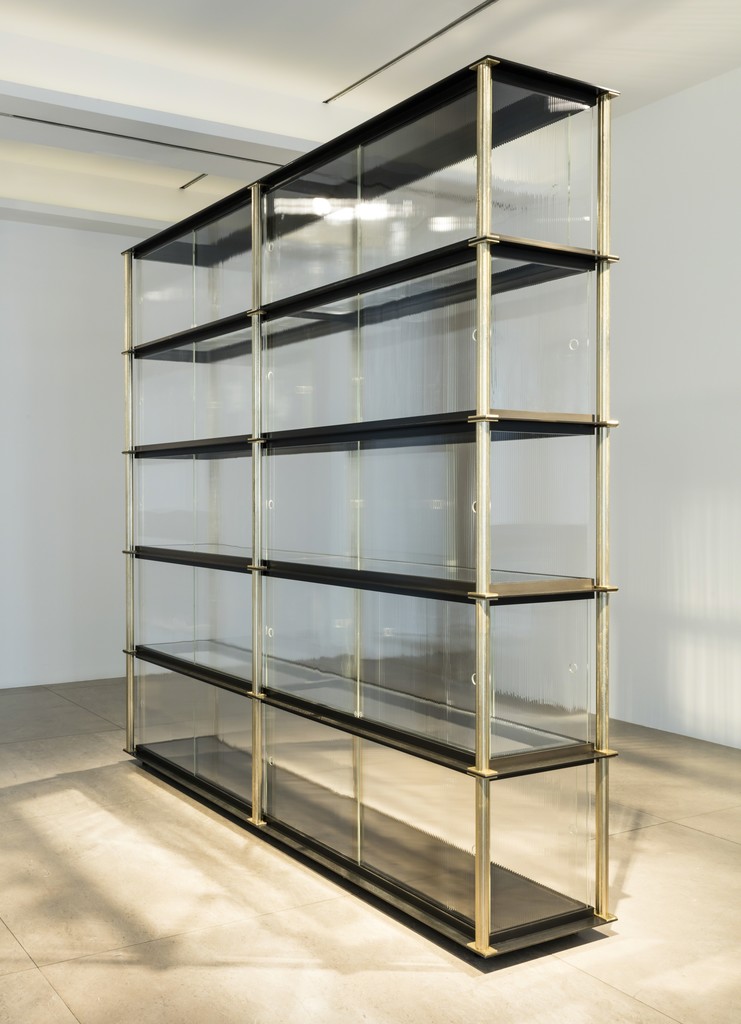 Structure and form are brought to the fore within this capsule of work designed by an architect, with the collector in mind. Cabinets and consoles reveal the beauty of their structure within the collection. Entitled IONIC, fluted bronze upright columns and ribbed glass echoes the silhouette of the classical Ionic column – one of architecture’s most fundamental and recognisable signatures.

Tactile and elegant, Chipperfield has ensured that each piece within the collection perfectly illustrates the simple quality of its construction. The bookcases and consoles are made from strengthened ribbed glass, within a bronze skeleton with blackened steel trays, materials that nod to their unique architectural heritage. Throughout the design process with David Gill Gallery, all elements of Chipperfield’s design have been considered in detail including materiality as well as technical and production processes to ensure the most exquisite outcome.

With practices in London, Berlin, Milan and Shanghai David Chipperfield is known the world over for key private, cultural, civic and leisure buildings including galleries, retail destinations and offices such as the Neues Museum in Berlin; The Hepworth Wakefield; Turner Contemporary named 21st British landmark; the Valentino flagship store on Rome’s Piazza di Spagna, and a link reconfiguration at the Royal Academy of Arts. New projects include the Kunsthaus in Zurich, a remodelling of the ground floor at Selfridges department store, London; and a central role in the regeneration of the area around Waterloo station.

The practice has won more than 100 international awards and citations for design excellence, including Royal Institute of British Architects (RIBA), Royal Fine Art Commission (RFAC) and American Institute of Architects (AIA) awards, as well as the RIBA Stirling Prize in 2007, and the European Union Prize for Contemporary Architecture – Mies van der Rohe Award in 2011. David Chipperfield received the 2011 RIBA Royal Gold Medal and the Japan Art Association’s Praemium Imperiale in 2013, in recognition of a lifetime’s work.