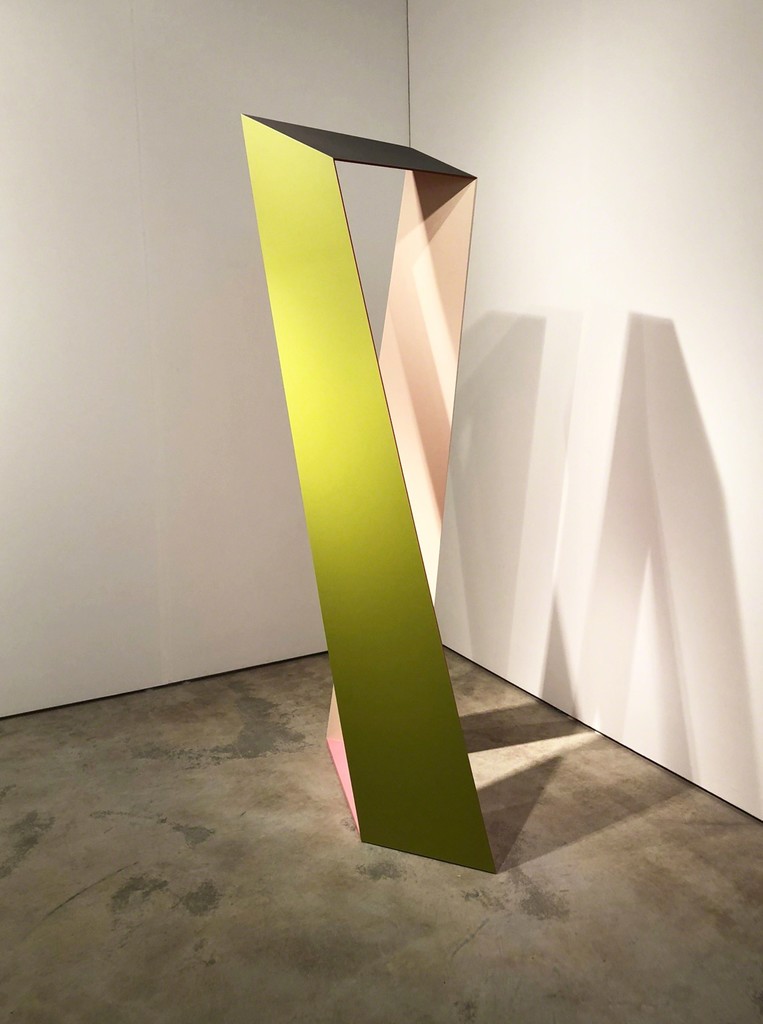 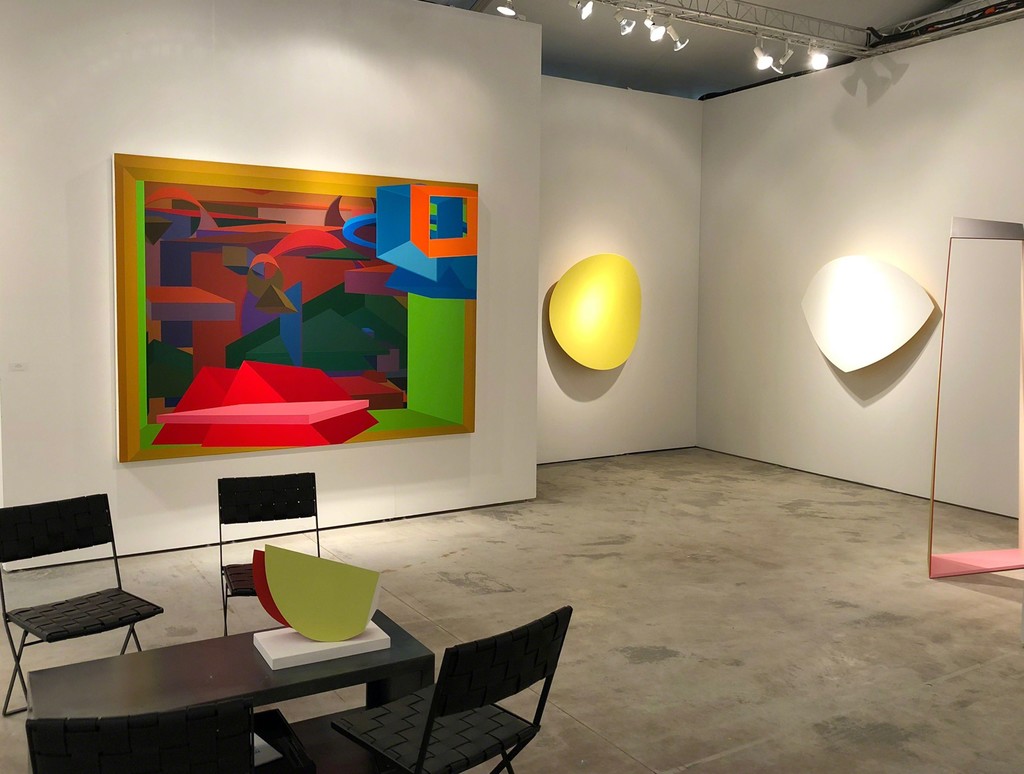 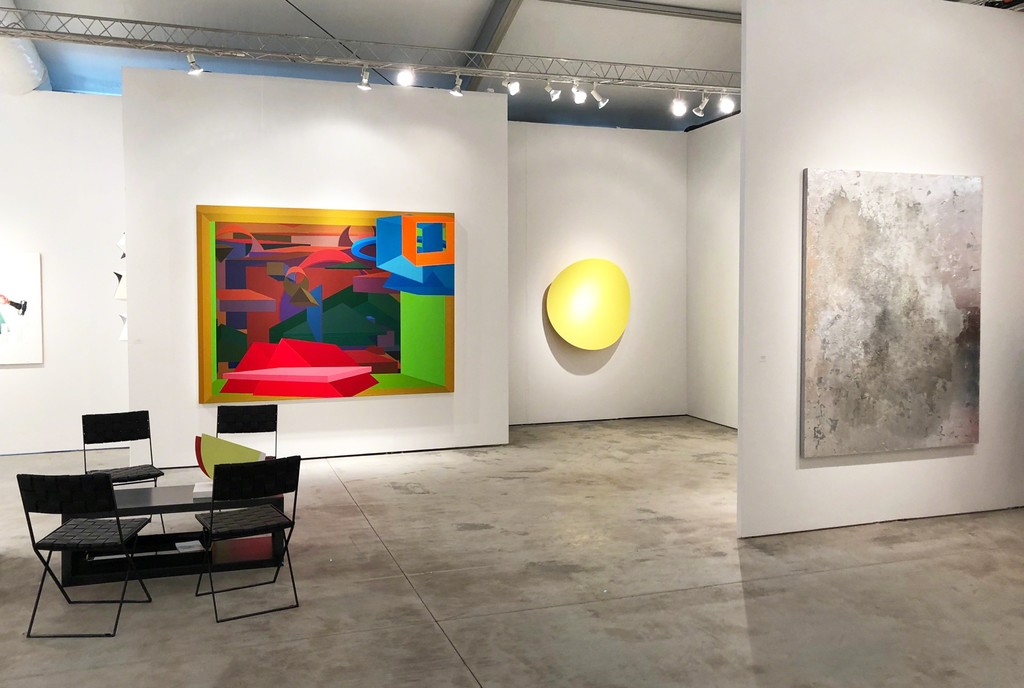 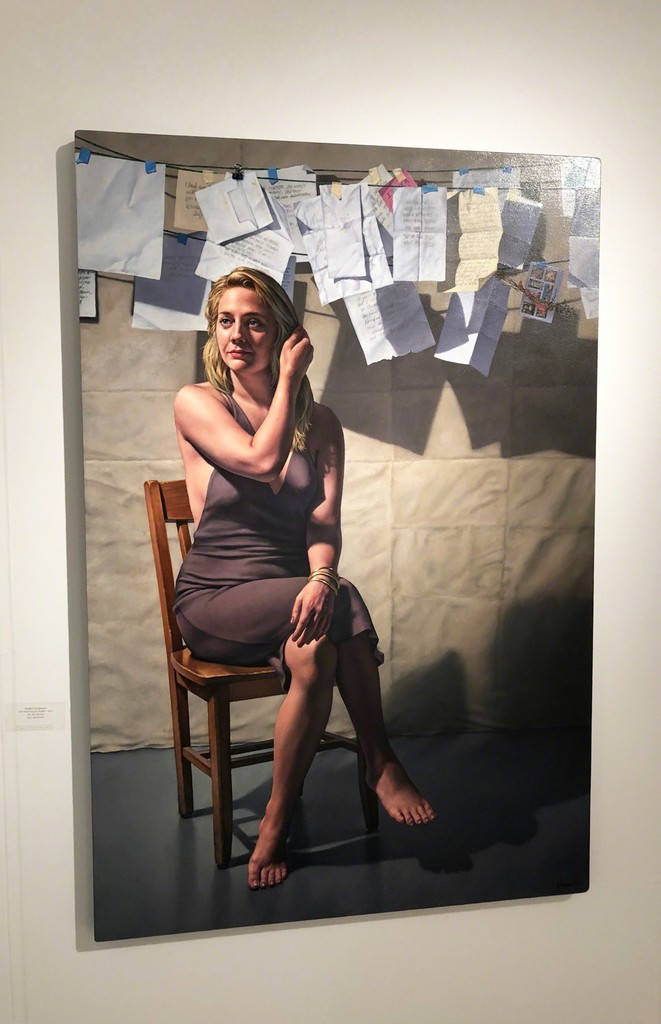 Kelly Reemtsen, an artist well-known for her paintings of tool-wielding women in cocktail dresses, will have new paintings available, as well as a new series of photogravures.

Scott Hocking’s recent series, Celestial Ship of the North, are photographs of a site-specific installation and permanent sculpture by Hocking in the farmlands of Michigan's Thumb. Based on ideas of ancient vessels, duality, alchemical symbolism, destruction myths, and deluge stories, and shaped by the site's history and incredibly consistent winds, the boat was built over the course of 3 months, and made entirely from the beams and boards of a collapsing 1890s barn that stood in its place. The ship will continue to decay, just as the barn it was made from did. Hocking’s work has been included in exhibitions at the Detroit Institute of Arts, La Napoule Art Foundation in France, and Instituto Sacatar in Brazil.

The gallery will debut a new series of Matthew Hawtin’s iconic torqued paintings on panel and canvas. Best known for his minimalist abstraction work, Hawtin includes new elements and textures in this most recent series.

Corine Vermeulen, an artist newly represented by David Klein Gallery, will exhibit work from her series Your Tomorrow Town, which documents Detroit’s shifting social and geographic. Her recent project The Walk-In Portrait Studio was the subject of a major solo exhibition at the Detroit Institute of Arts in 2014/2015.