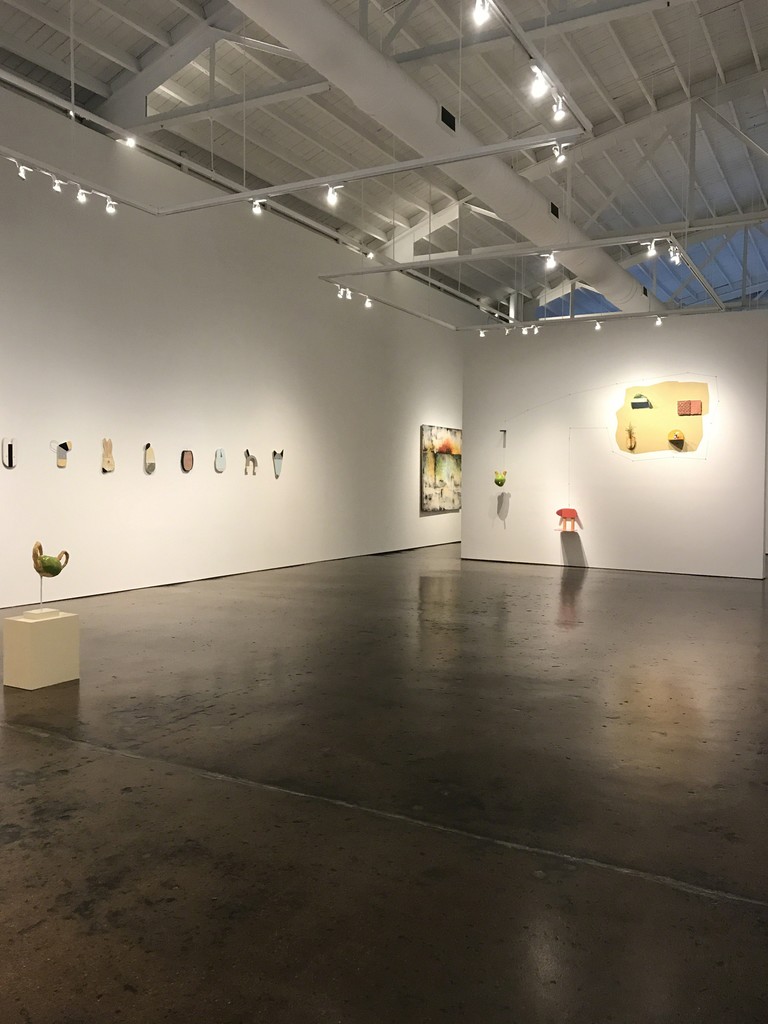 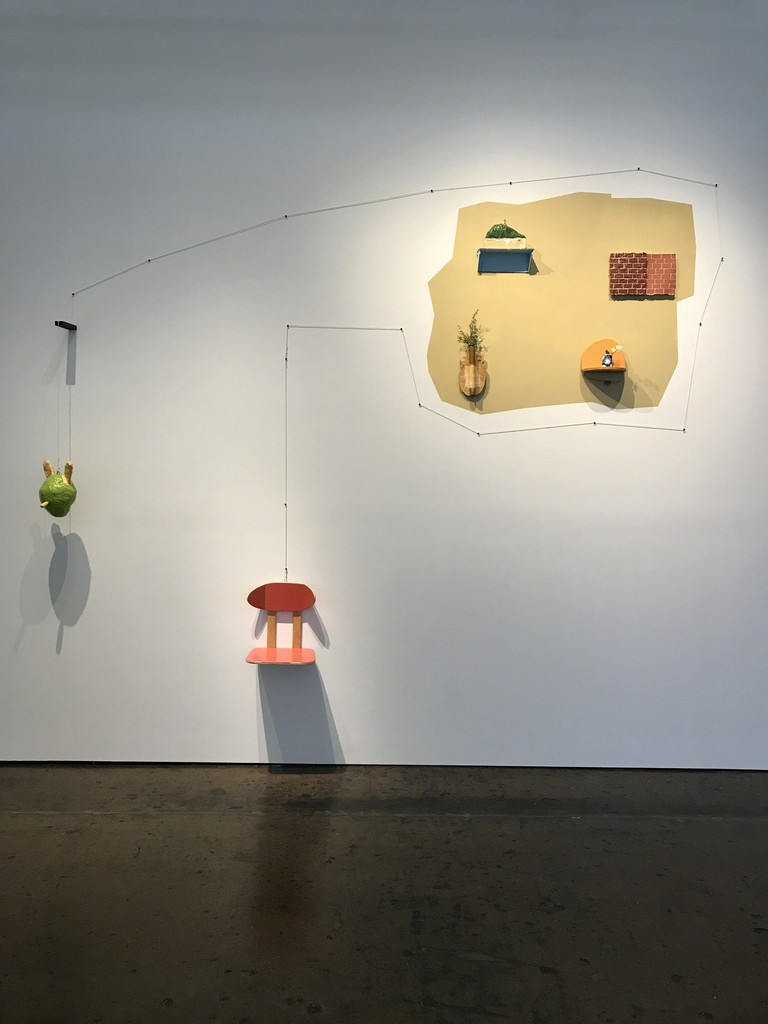 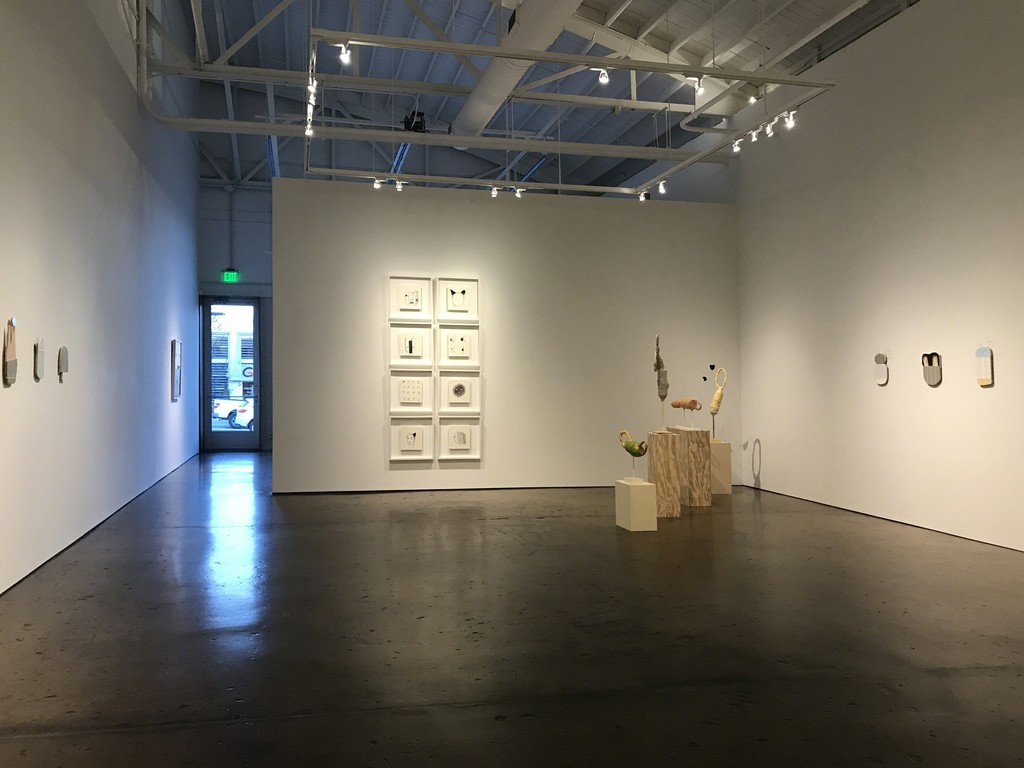 Making Friends is similar to Crowder’s previous shows and abides by no rules, illustrating the artist’s imagination and wit. Crowder creates work that impersonates the recognizable, operating as a symbol for our own expectations. Those expectations often are challenged by Crowder’s ability to transform the familiar and every day into something we don’t quite recognize. Layers of irony and whimsy reveal the artist’s trademark dualism that is both cynical and imaginative, inviting viewers into a world of humorous complexity.

Originally from Missouri, Tim Crowder lives and works in Memphis. His work is included in collections such as the Arkansas Arts Center, Mobile Museum of Art, Memphis Brooks Museum of Art, Huntsville Museum of Art, AutoZone and JP Morgan Chase. He is a recipient of the prestigious Pollock-Krasner Grant, among others.

Postcards references the inspiration Estes finds in rural areas in Tennessee and other areas of the Mid-South. As an abstract painter, Estes interprets horizon lines and landscapes into mixed media works on panel. Postcards explores the atmosphere and structure Estes uses to maintain his signature horizontal structure that reveals overlapping sections to create a subtle complexity. Of his work, Estes says he is “more interested in the subjective essence, the circumstance of a moment, than the literal interpretation of place.” Accidental marks are embraced and reworked to suggest “a bird’s flight, an argument, a remembrance, a moment of recognition.”

Estes received his BFA and MFA from the University of Memphis. While well-known in the mid-south, Estes also has dealers in New York and Boston. His work is in many public collections, including Duncan Williams Inc., Iberia Bank and Deloitte.

May I Have Nothing features small blocks of rich, glossy cherry wood coated with a matte white finish and carved text. From edge to edge, Meads covers the front surface with tiny blessings. The taught and compact angular inscriptions intensely involve the viewer. Of his work, Meads says “I am continually inspired by people who live lives of prayer, who practice relentlessly for the sake of others. Saints, hermits and poets animate my hands to carve thousands of prayers into blocks of cherry over and over again.”

Based in Lexington, Meads received his BFA from Grand Valley State University and MFA from Cornell University. In addition to showing throughout Kentucky and along the East Coast, he presented his carved wood blocks in Price is Right in Memphis and Nashville. He is the Director of External Relations and Communications at the University of Kentucky College of Nursing.

David Lusk Gallery is located at 516 Hagan Street in Nashville’s Wedgewood-Houston neighborhood. Gallery hours are Tuesday-Friday 10-5:30 and Saturday from 11-4. For more information or visuals please contact Amelia Briggs at 615.780.9990 or [email protected]