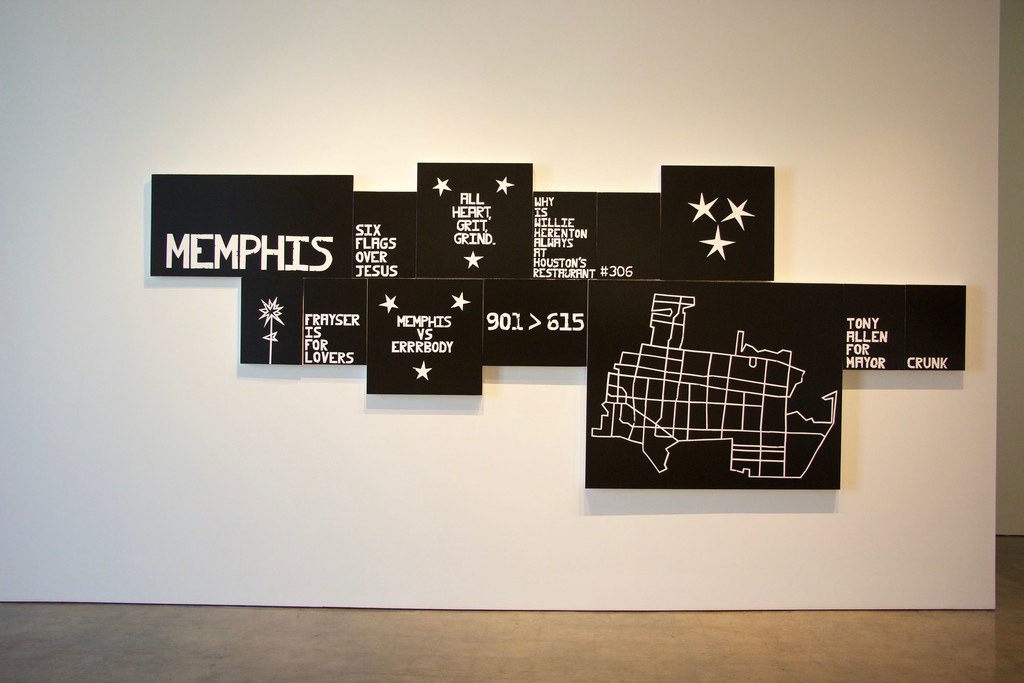 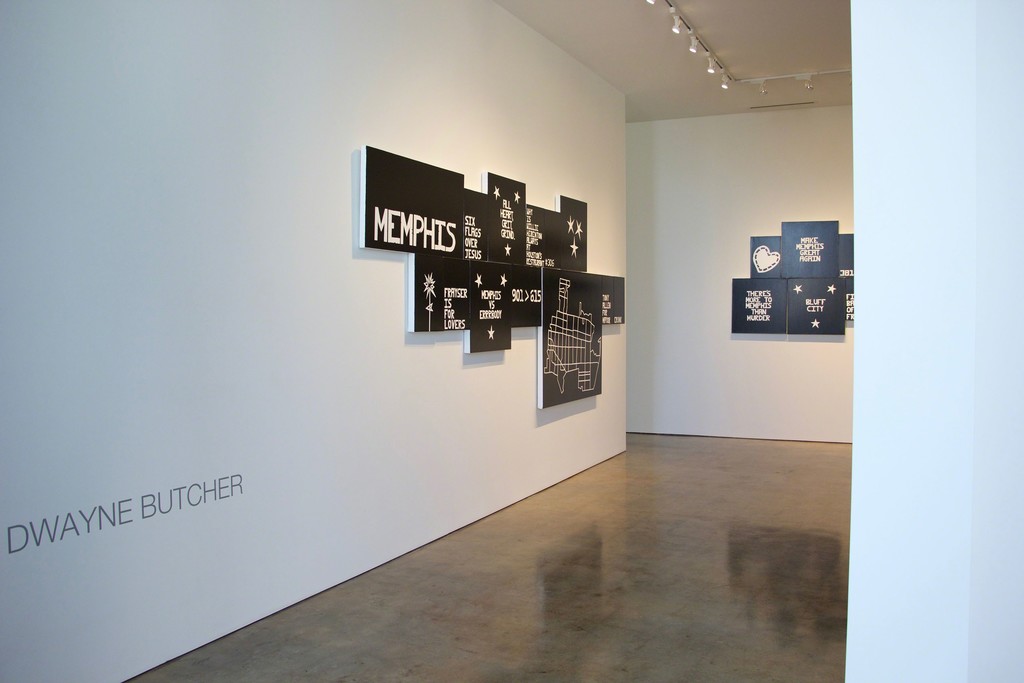 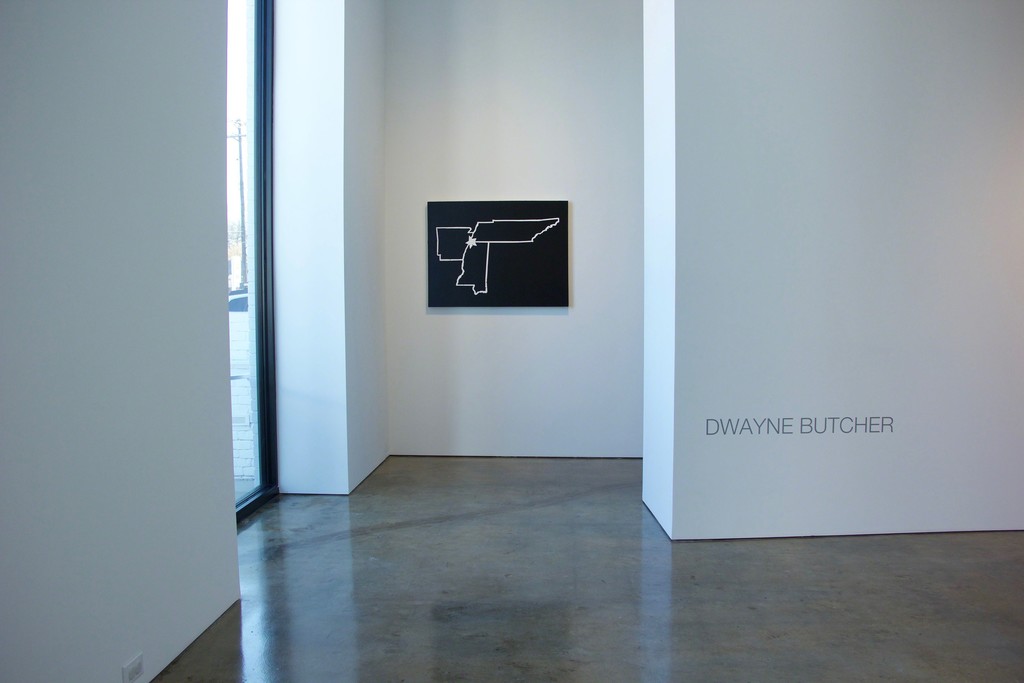 Memphis, the new paintings of Dwayne Butcher, is on exhibition at David Lusk Gallery-Memphis this spring. Butcher rekindles his love of place by examining various symbols and subjects associated with the city.

Butcher, a keen social observer and curator, is known for making insightful paintings and videos that comment on his life as a card-carrying citizen of the American South. He chooses to embrace his redneck background as a way to enter the highbrow art world, relishing in contradictions that counter his southern masculine roots.

The work in Memphis is no exception, comprised entirely of black and white paintings on canvas, Butcher asks his viewers to focus solely on text and imagery, free of any color connotations or associations. The symbols and phrases Butcher has reproduced are what he refers to as “his Memphis”, the things that he as responded to most over time, positively and negatively.

Bright white letters spell out phrases like “Six Flags Over Jesus”, “The Dirty South”, and “Fire Ball of Freedom” confronting the viewer with a perception of the south one might expect from an outsider. However, phrases like “There’s More to Memphis Than Murder” and “Memphis Move the Fucking KKK Statue. Jesus.” speak to harsher perceptions, infused with reality.

The work in Memphis hovers closer to humorous observation than serious contemplation, complete with representations of the Memphis bridge, pyramid, and the TN flag. In his preparation Butcher focused on rekindling his love for Memphis; in doing so he presents to his viewers a relationship with place that is complicated and unresolved.

Dwayne Butcher grew up in Arkansas and received his BFA in painting from the University of Memphis and MFA from the Memphis College of Art. He has exhibited work in Paris, Helsinki, Milan, Amsterdam, Washington DC, New York City, Los Angeles, and China. He has been featured in articles focusing on his work and community art projects for the New York Times, The Washington Post, Hyperallergic, Art21, and Big, Red and Shiny.

David Lusk Gallery is located at 97 Tillman. Gallery hours are Tuesday-Friday 10-5:30 and Saturday 11-4. For more information or visuals please contact Amelia Briggs at 901 767 3800 or [email protected].