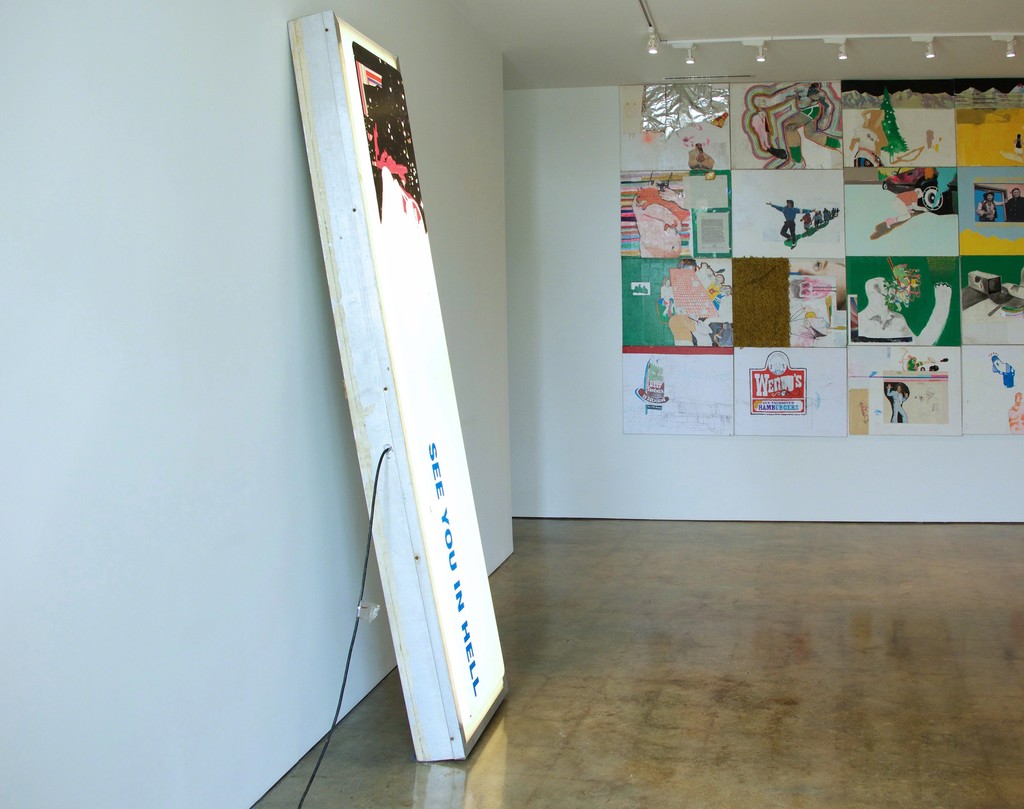 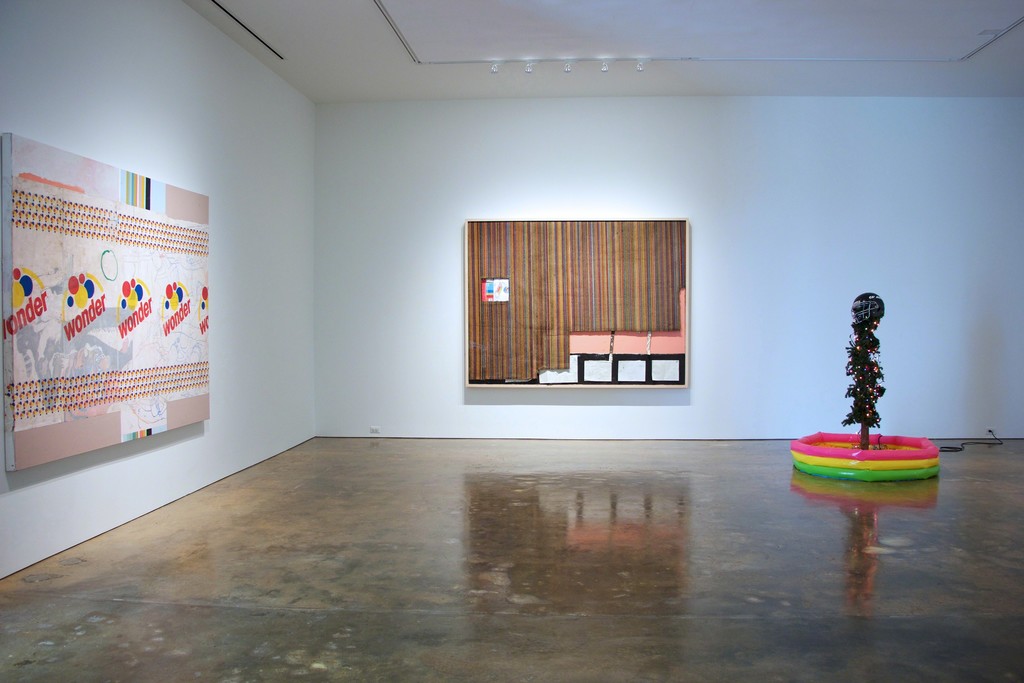 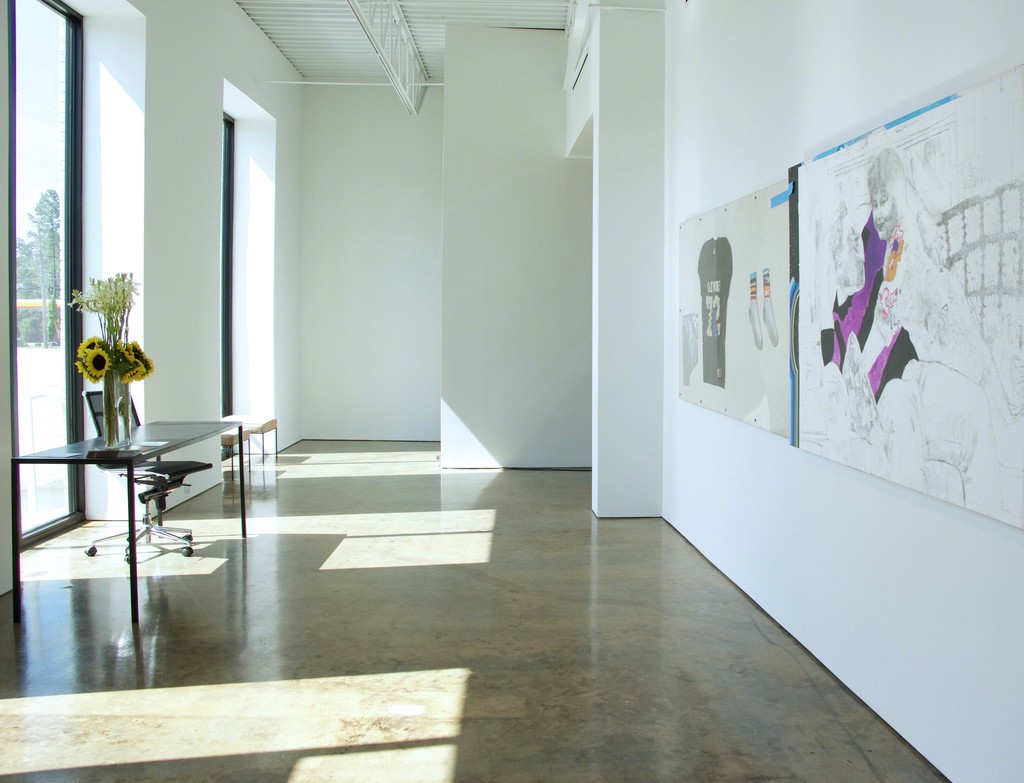 Tyler Hildebrand returns to DLG Memphis this spring for The Retirement Party, his third solo show.

Hildebrand’s sectioned, rough, and brightly colored mixed media pieces incorporate adaptations of celebrities, cartoon collages, and sketches of daily rituals that weave together a story that is crude and seemingly ridiculous -- not unlike the average American’s.

For example, in the oversized pieces Big Boy 3 and Big Boy 5 Hildebrand collaged works that push formal composition constraints. In all of Hildebrand’s pieces, characters float in black or naturally ambiguous voids. In Big Boy 5 football players become the athletes of any team (the “All American” team) that plays in any jersey on any field. Their tension and violence balances with the frolicking, lighthearted line of young children following their adult leader. Together these different elements interact in dysfunctional bliss. Big Boy 3, consisting of Snoopy carpet squares collaged onto a monster canvas with a brown Sasquatchian figure on the bottom right, is humorous, gritty, and off-putting. Snoopy’s various states of dress and activity are not immediately recognized because the images are so commonplace and repetitive on the canvas. The brown stain in the bottom right corner and the rough baby pink stain across two squares jolts our eyes to the now-obvious differences, insisting the cartoon character in his abundance not be taken for granted.

Hildebrand does not shy away from the harsh realities of contemporary American culture. Through a variety of mixed media works, he strives to represent the grotesque elements of society. In this body of work he focuses on the lack of recognition individuals possess that is not remedied until it is almost too late.

Hildebrand’s relationship to debased and marginalized culture developed at an early age. “My father was a Cincinnati cop, and my mother was a crime reporter for a local news station. They met at the scene of a murder,” says Hildebrand. Born in Cincinnati, Hildebrand received his BFA at Ringling College of Art and Design and his MFA at Memphis College of Art. He moved to a Nashville suburb which influenced the narrative works in his 2015 Nashville show Lumberjack Road. He now lives and works in Norwood, Ohio.

David Lusk Gallery is located at 97 Tillman. Gallery hours are Tuesday-Friday 10-5:30 and Saturday 11-4. For more information or visuals please contact Amelia Briggs at 901 767 3800 or [email protected].