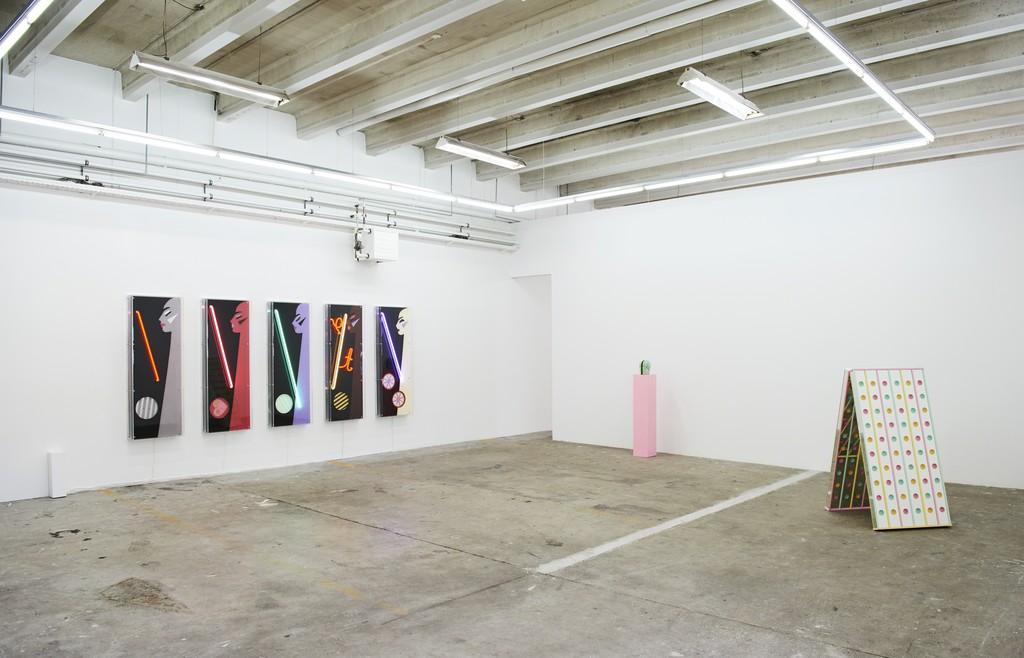 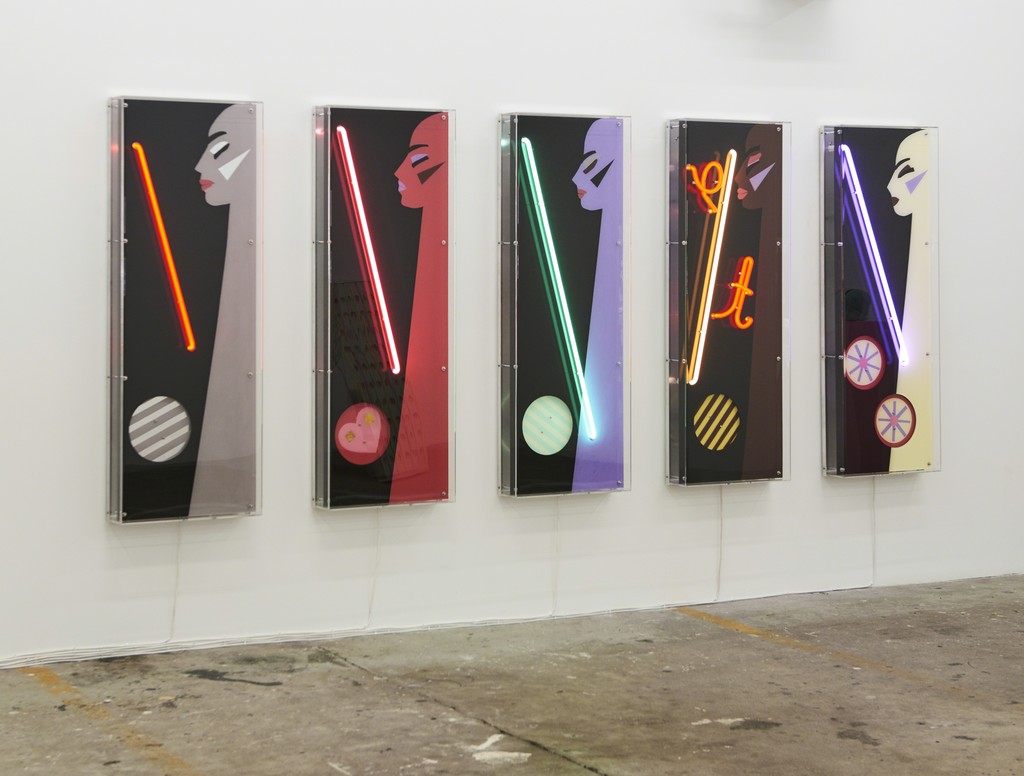 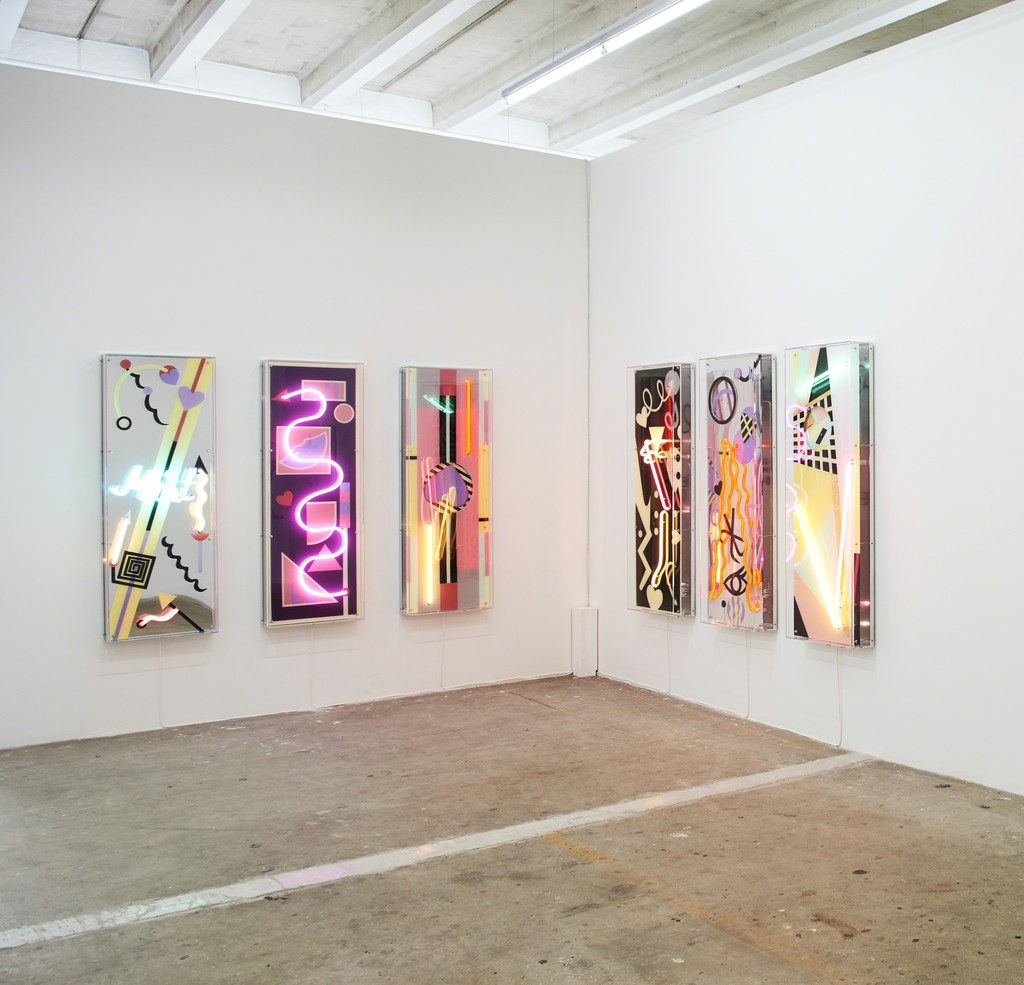 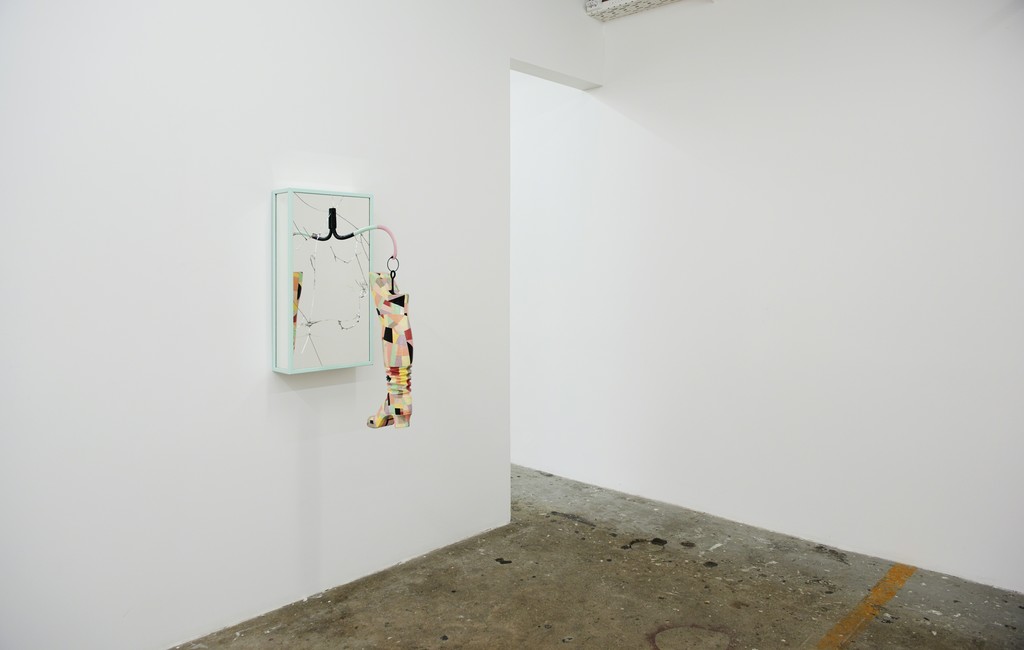 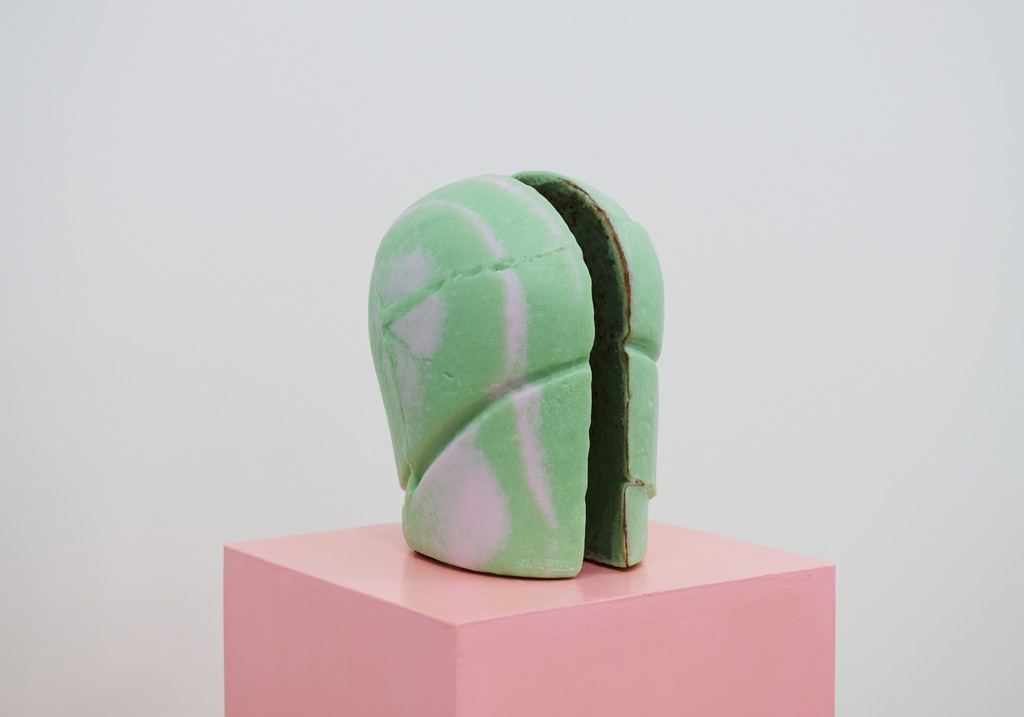 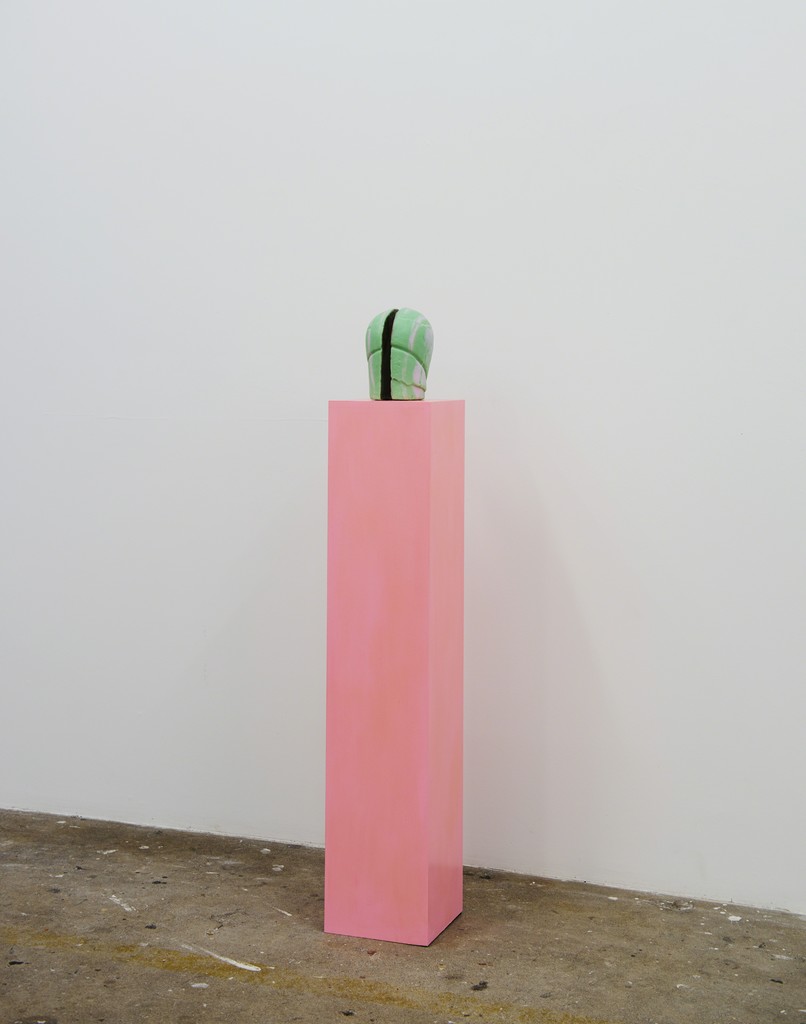 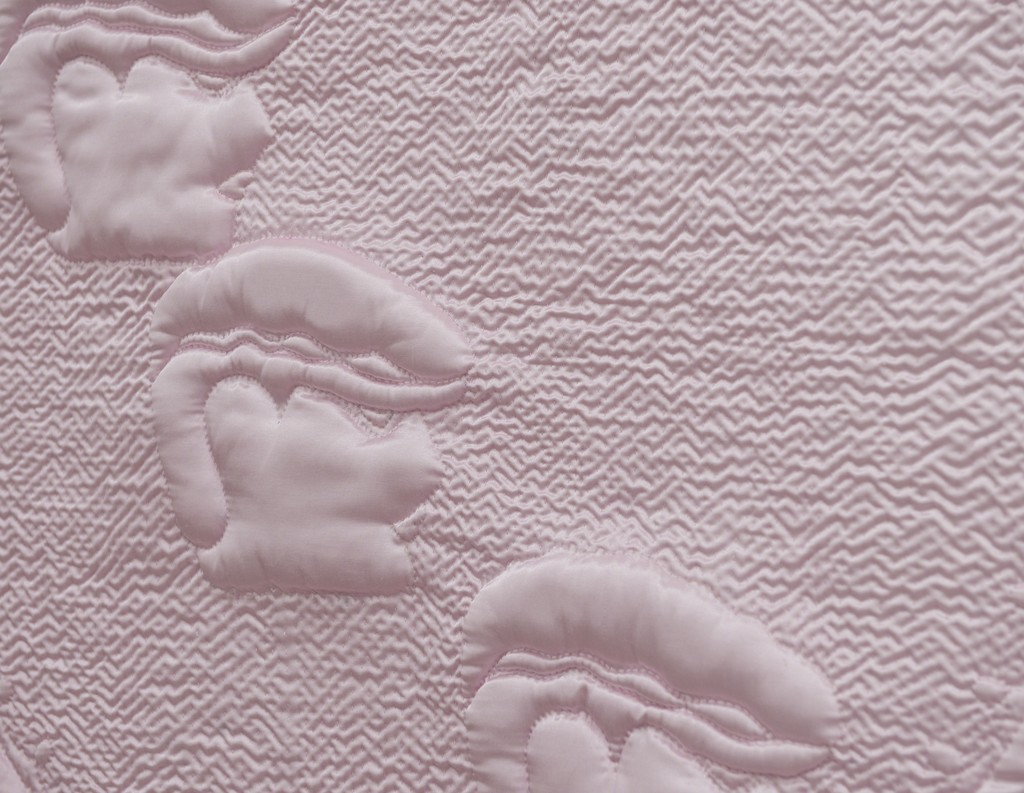 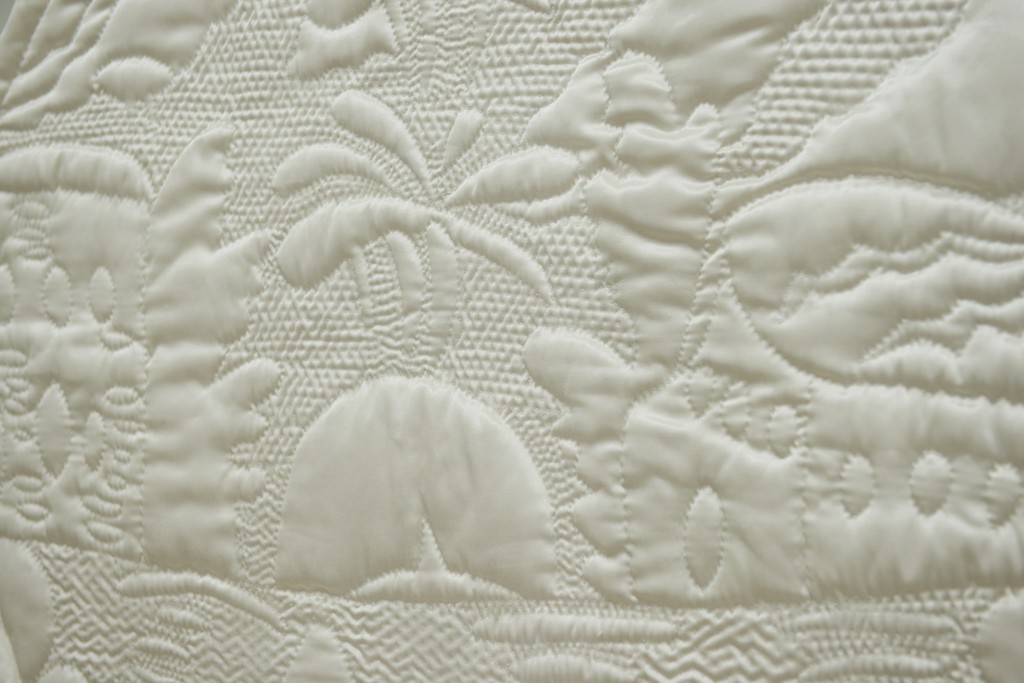 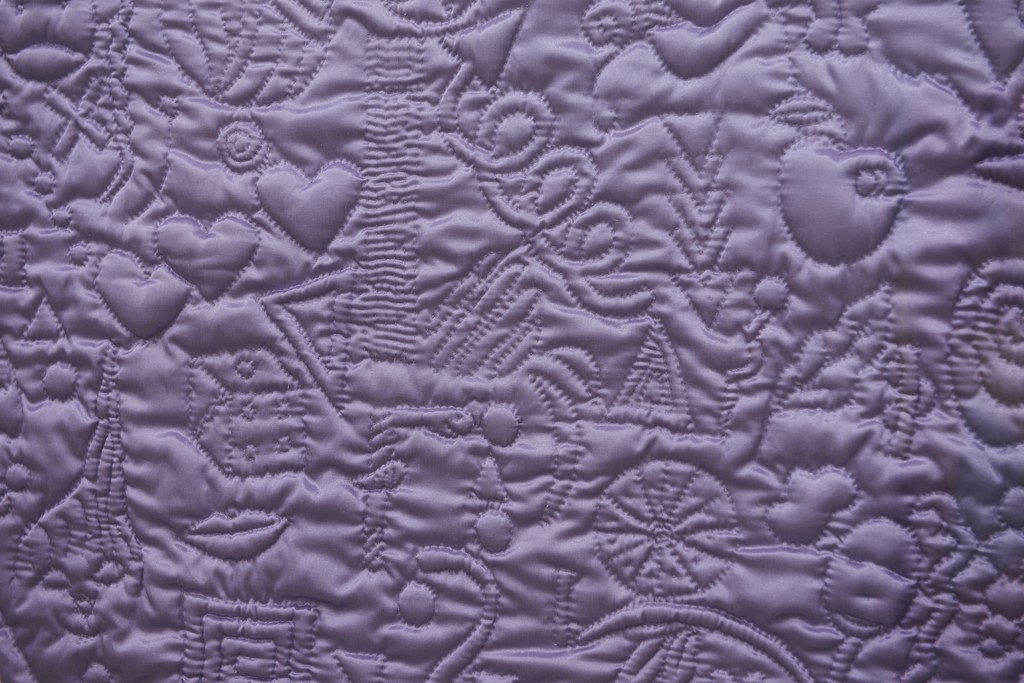 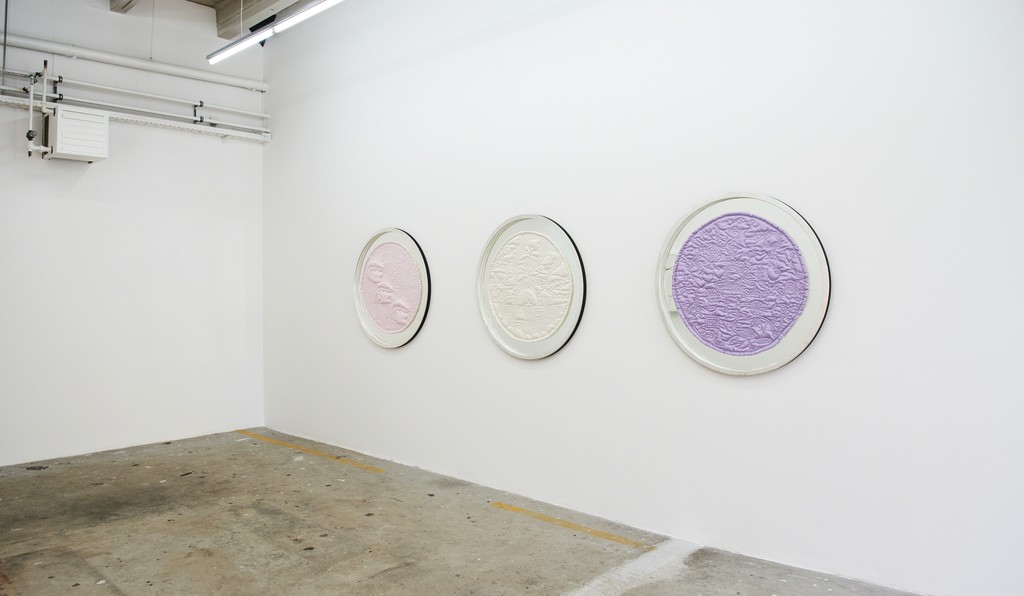 We are delighted to announce Bermuda, a solo exhibition of new works by Danish artist Evren Tekinoktay. Her first show in a commercial gallery in Denmark. The exhibition will include two new series of wall based, neon-relief works with painted plexiglass and motorised moving elements. Mirrored masks, large scale mirrored sculptures and quilted, embroidered fabric works mounted on mirror.

The show's title, Bermuda, refers to a lingering childhood memory of Tekinoktay's, a word which evokes fear and the unknown, unexplained disappearance. The Bermuda Triangle. The triangle has also been a recurring motif throughout her work. A base on which everything rested or slid. Now the triangle is extended into what at first appear to be exaggerated Modigliani-esque necks but could also be read as long, narrow spikes with women's heads stuck on top. These are fetishes not portraits. A series of archetypes in profile, decapitated, spiked and festooned amidst whirling coloured wheels and the chemical glow of neon. Displayed like the heads on Traitor's Gate, as warnings, as trophies, though not necessarily from battles she has won. Tekinoktay has talked about earlier neon relief works as being in drag. All shiny pastel glitz and glamour facing the world with a barely hidden structure of bolts, motors and cables behind the facade. Stubble growth pushing through face powder. The works in this show look less like art than her previous work. The painted neons would look equally at home hanging in a modernist museum in the South of France as they would outside a kebab shop in Berlin. They feel more found than made, until you become aware of Tekinoktay's highly personal visual language running through them. This also applies to a new series of textile works. Monochromatic fabric tondos, embroidered with the artists designs by artisans in Istanbul using traditional techniques. The stitched, quilted imagery flits between abstraction and figuration, landscape and portraits, areas of pattern, motifs of lips, hearts and other simple emblematic shapes.