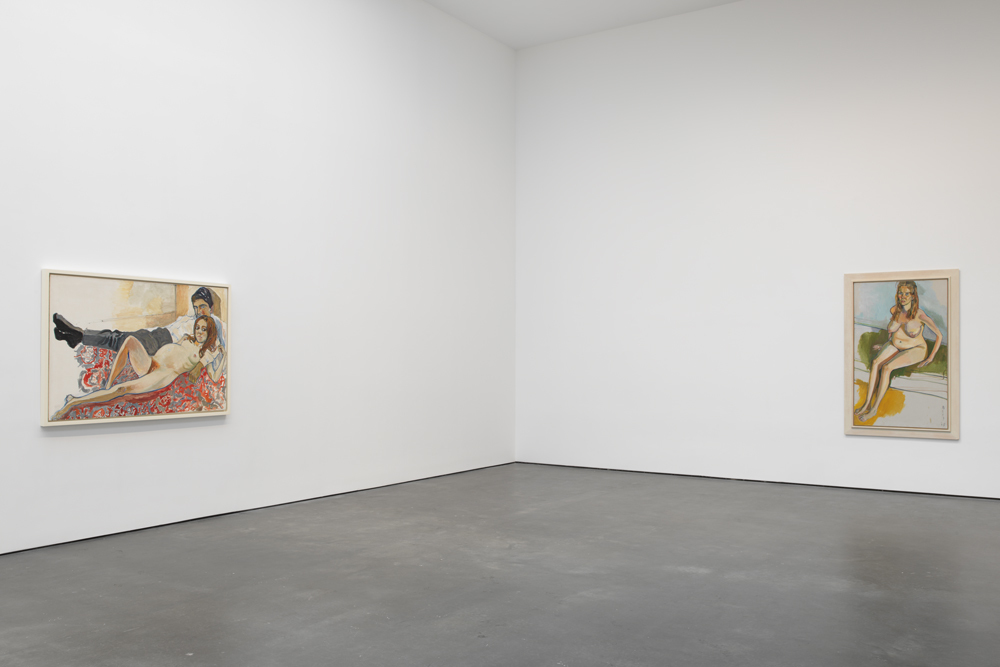 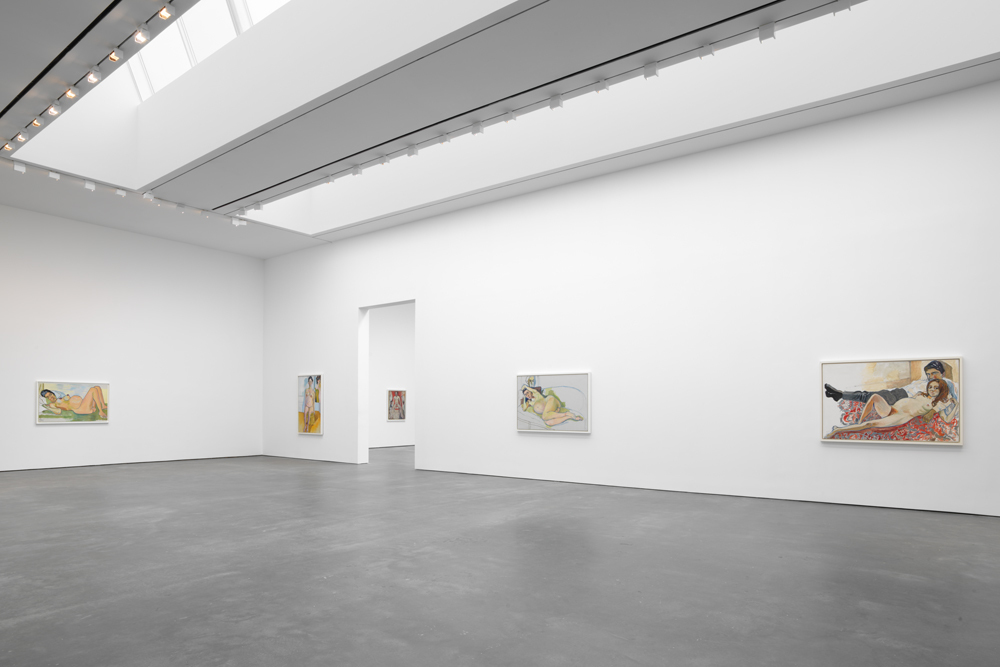 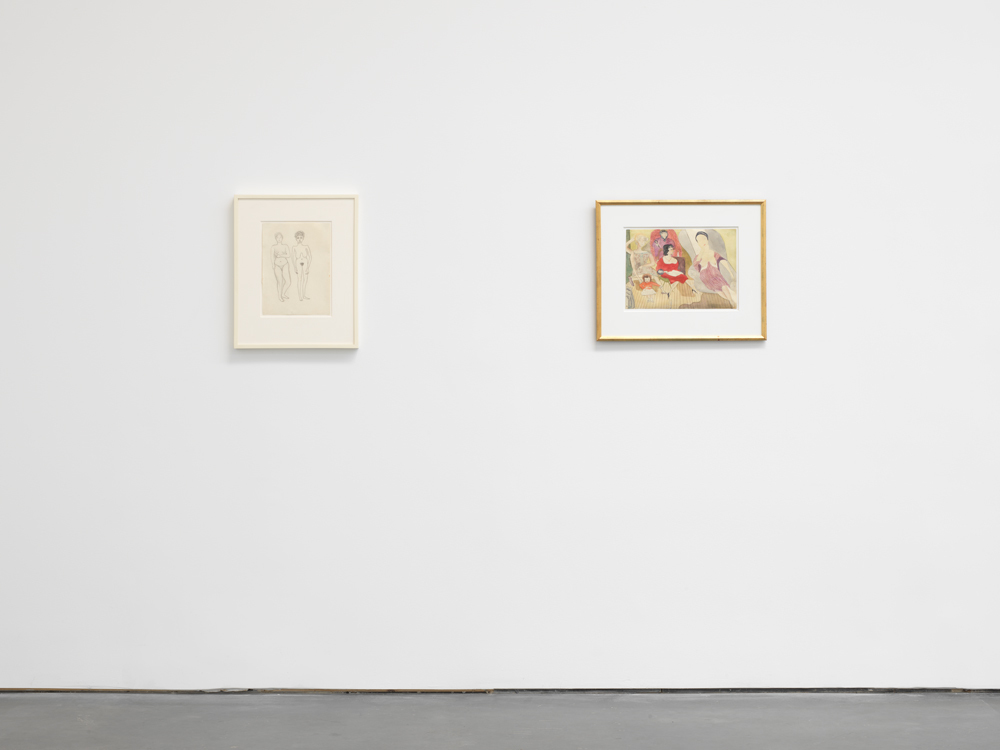 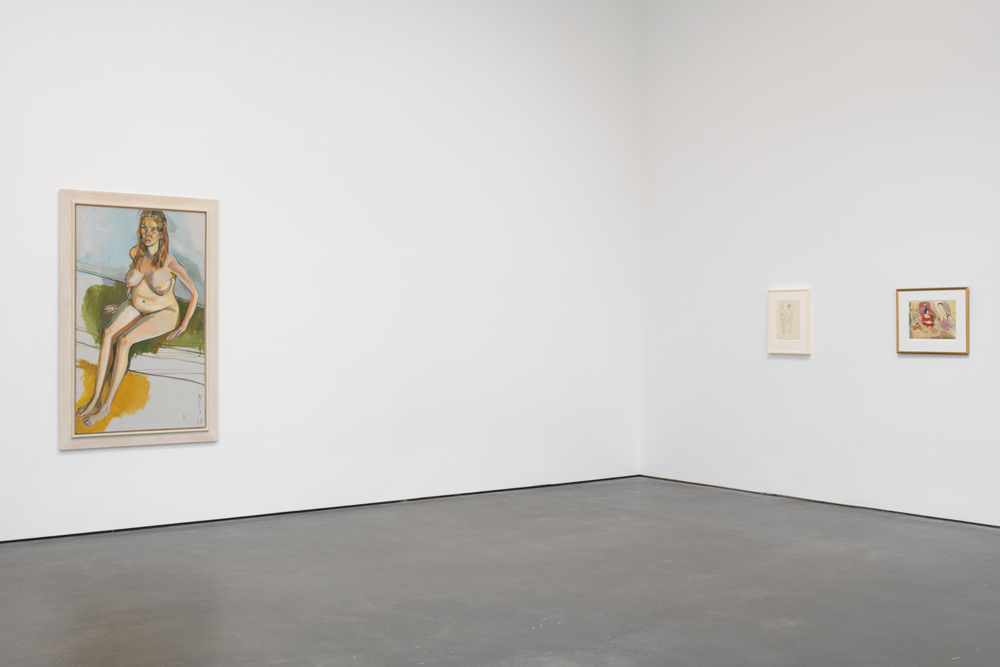 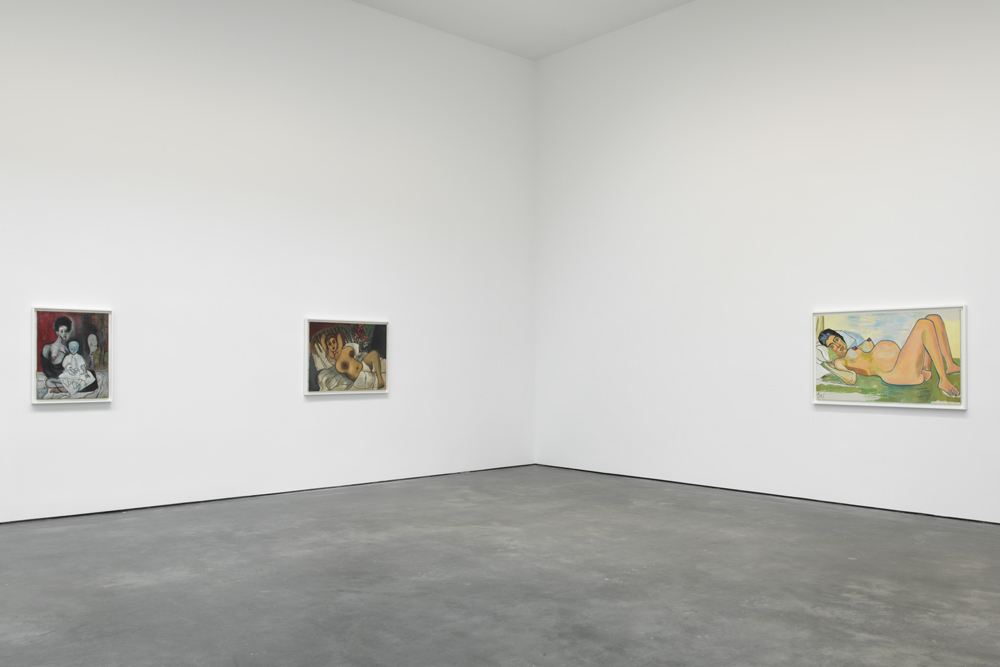 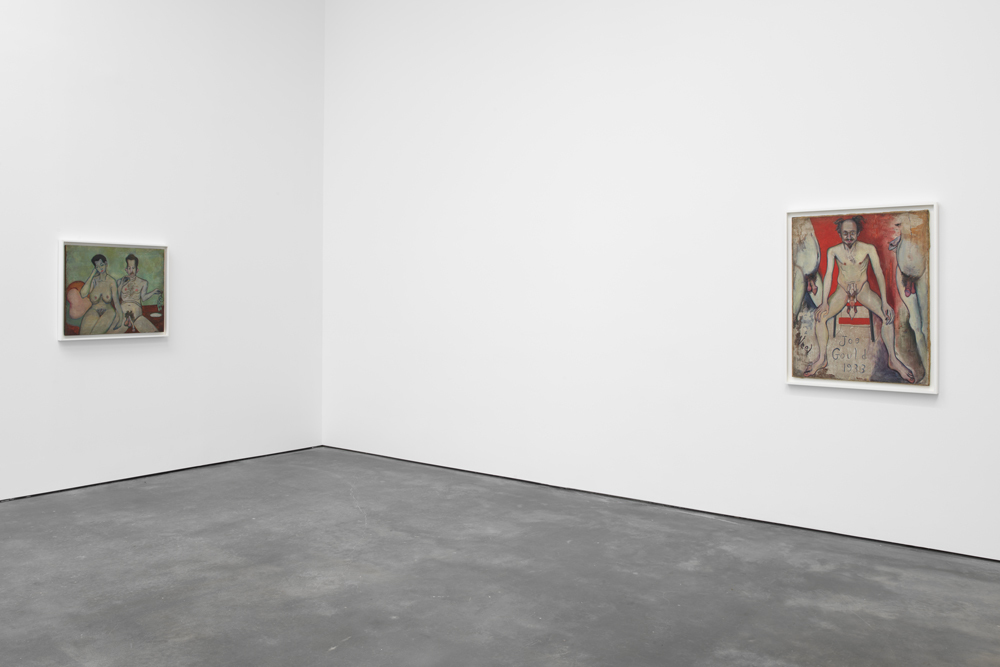 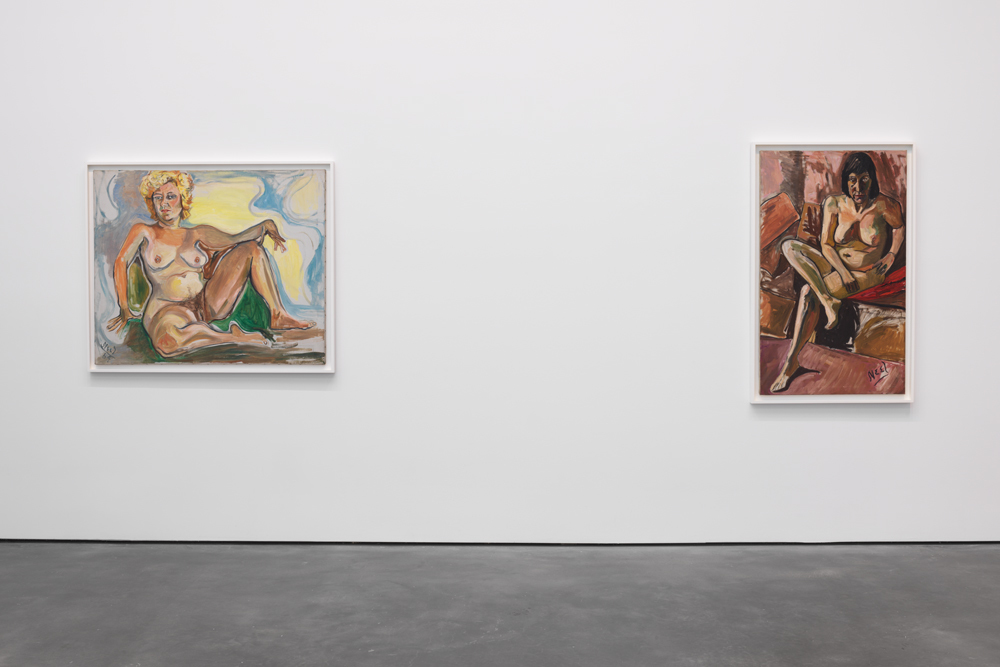 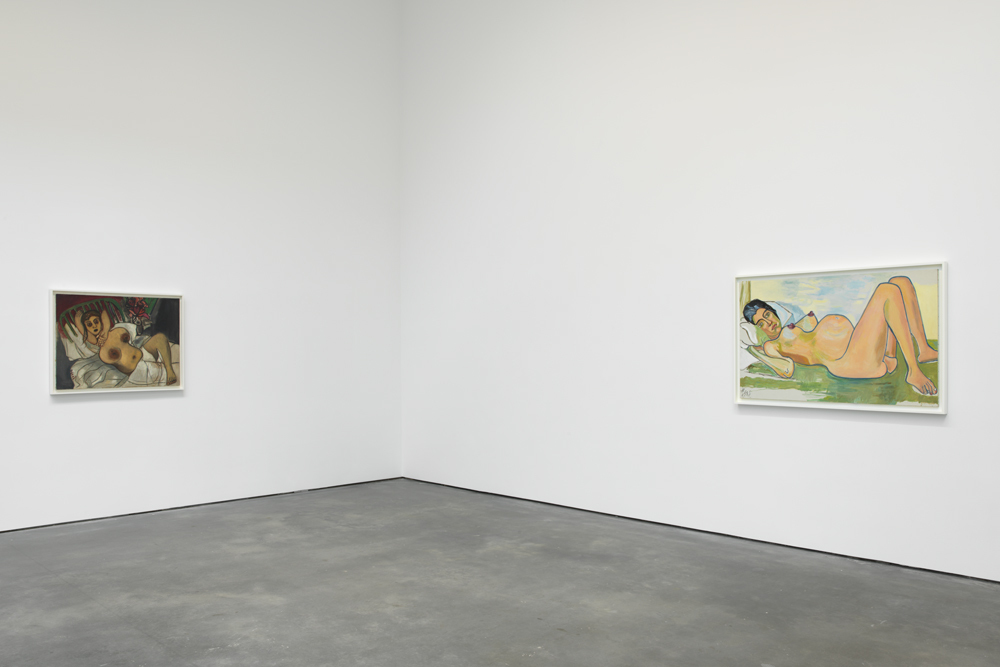 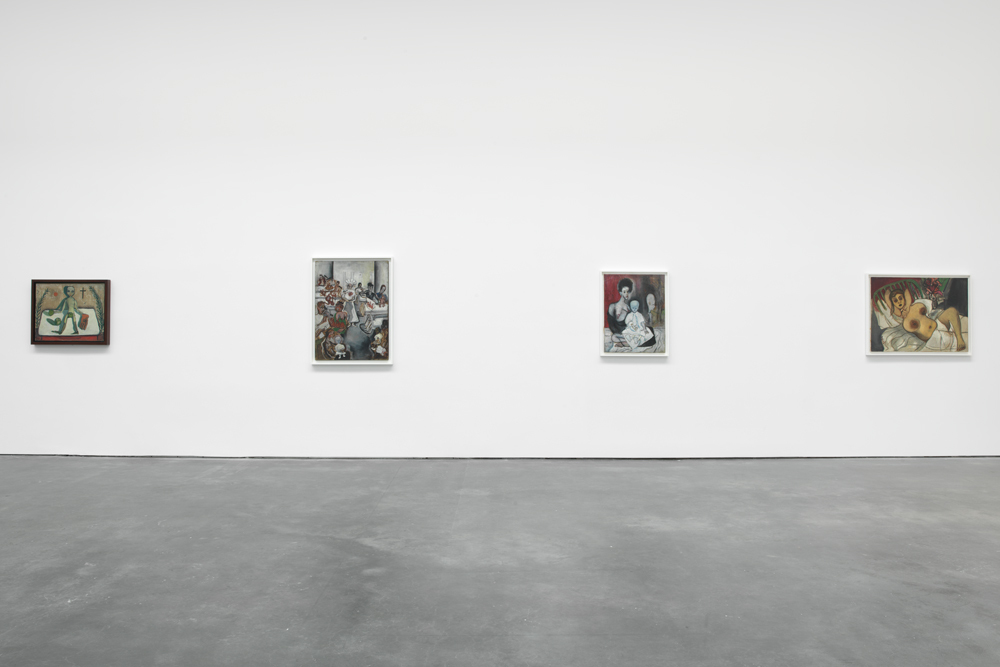 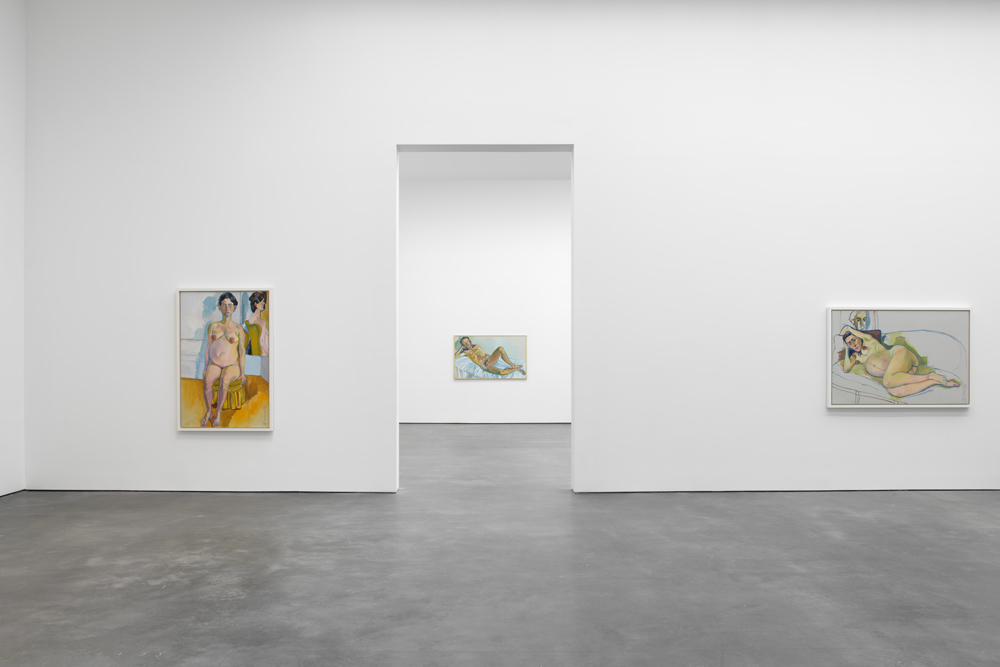 David Zwirner is pleased to present an exhibition of paintings and significant works on paper by Alice Neel (1900–1984), on view at 537 West 20th Street in New York.

Spanning six decades of the artist’s career, Alice Neel: Freedom is organized by Ginny Neel of The Estate of Alice Neel. The exhibition focuses on the artist’s portrayal of the nude figure and the ways in which Neel resolutely challenged traditional perceptions of sexuality, motherhood, and beauty.

One of the foremost American figurative painters of the twentieth century, Neel was a humanist—she was fascinated by people. She loved to paint them in all their complexities—to penetrate and reveal their fears and anxieties, their defiance and survival. She also loved to paint the unadorned human figure, and her nude portraits explore the body with frankness while celebrating the individuality of each of her subjects. Neel broke through conventional gender expectations and restrictions in order to paint the way she saw the world, and these paintings exemplify the courage and the freedom with which she approached her work and her life. In their mastery of form, color, and implied social commentary, these works are as relevant today as when they were painted.

The exhibition comprises significant loans drawn from museum and private collections. Among the earliest works on view is Well Baby Clinic(1928–1929). Painted from memory by the artist shortly after having given birth to her second daughter, the work is as much personal as it is political in that it presents an ambivalent and deeply nuanced image of childbirth. Of this painting, Neel would later recall her interest in "the purity of the nurses’ outfits, and the white walls of the hospital, so neat, and then sloppy humanity there, all ragged at the edges."2

Also included in the show are tender representations of infancy and childhood, such as Andrew (1978), a portrait of Neel’s infant grandson, and Isabetta (1934), which depicts her young daughter at six years of age. Other works in the exhibition, including Symbols (Doll and Apple) (1932; Museum of Fine Arts, Boston), Margaret Evans Pregnant (1978; Institute of Contemporary Art, Boston), and the mother and child portrait Betty Homitzky and Jevin (1968) further complicate and challenge how pregnancy and motherhood could be envisioned and represented.

Among the works on view are depictions of friends and acquaintances, such as Nadya Nude(1933), shown lying on a bed of patterned and draped fabric. The pose is echoed in paintings such as John Perreault(1972; Whitney Museum of American Art, New York), which depicts the art critic and curator unclothed. These works upend and challenge the art-historical trope of the reclining nude with Neel’s singular gaze and approach to the figure. Also included is Joe Gould (1933), which presents the eccentric bohemian with multiple penises, a painting that is at once shocking and affectionate.

As Helen Molesworth notes in a newly commissioned essay published in the accompanying exhibition catalogue, "Some of Neel’s abiding questions were: What is the gaze we have for nakedness? What is nakedness without sex? Is there a gaze that encompasses sexuality but is not necessarily about desire? Can desire exist without objectification? These questions are perhaps more apposite now than ever.… Perhaps this is why these pictures feel so relevant now. They are images of nakedness that are neither pornographic nor pathological, medical, clinical, patronizing, nor demeaning.… These are pictures of what it looks like to be curious about people when they are naked."3

Alice Neel was born in 1900 in Merion Square, Pennsylvania, and died in 1984 in New York. Although she exhibited sporadically early in her career, her work has been shown widely from the 1960s onwards. In 1971, a comprehensive solo exhibition of Neel’s paintings was held at her alma mater, Moore College of Art and Design, Philadelphia, and in 1974, she had her first retrospective at the Whitney Museum of American Art, New York. It was followed by a large-scale presentation of eighty-three paintings in 1975 at the Georgia Museum of Art, The University of Georgia, Athens. In 1978, the Graham Gallery, New York, organized the first retrospective dedicated to the artist’s works on paper, and in 1979, a survey of her paintings was co-hosted by the Universit of Bridgeport and The Silvermine Guild of Artists in Connecticut.

To celebrate the centenary of the artist’s birth, the Philadelphia Museum of Art organized a solo exhibition of Neel’s work, which debuted in 2000 at the Whitney Museum of American Art before traveling to the Walker Art Center, Minneapolis, among other venues. In 2010, the survey exhibition Alice Neel: Painted Truths was organized by the Museum of Fine Arts, Houston, and traveled to the Whitechapel Gallery, London, and Moderna Museet Malmö, Sweden. In 2016, the Ateneum Art Museum, Helsinki, presented Alice Neel: Painter of Modern Life, which traveled to the Gemeentemuseum, The Hague, and the Fondation Vincent van Gogh in Arles, France, before concluding at the Deichtorhallen Hamburg. The artist’s work is included in numerous museum collections internationally. David Zwirner has represented The Estate of Alice Neel since 2008, and Alice Neel: Freedom marks the fifth solo exhibition of the artist’s work at the gallery.