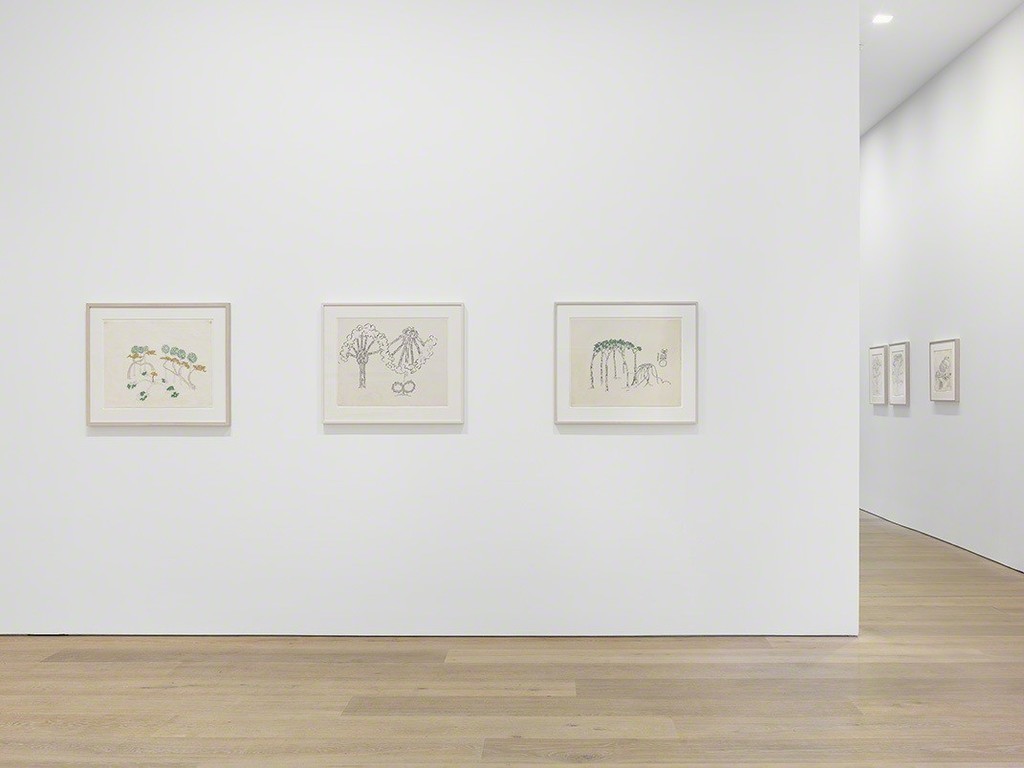 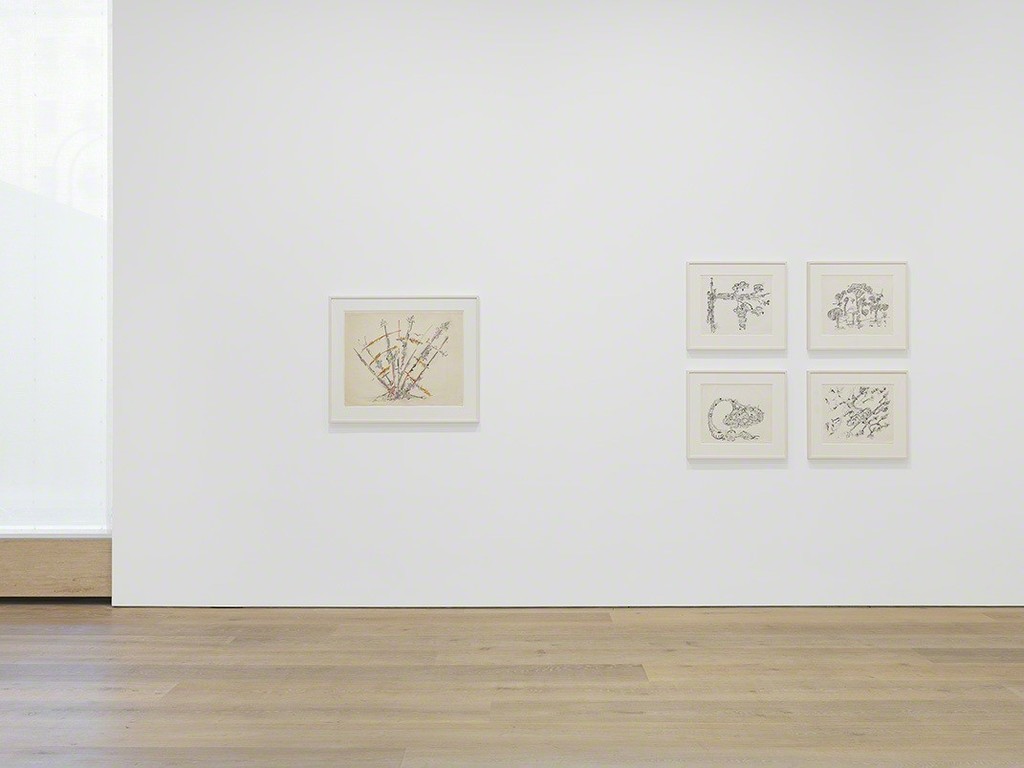 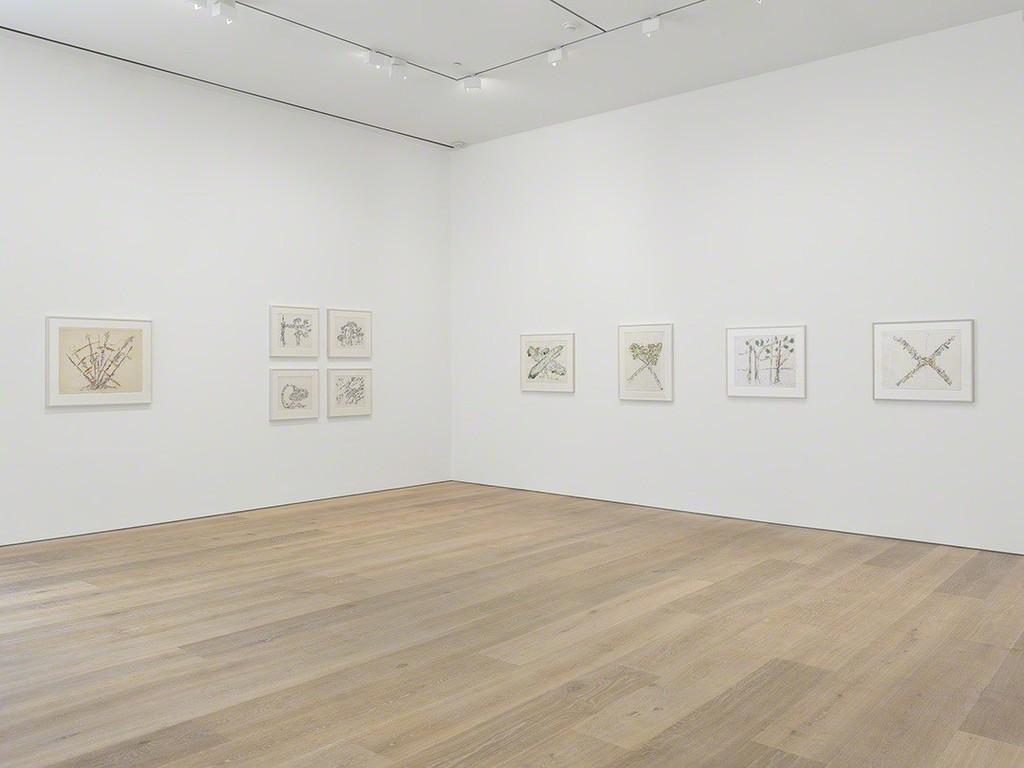 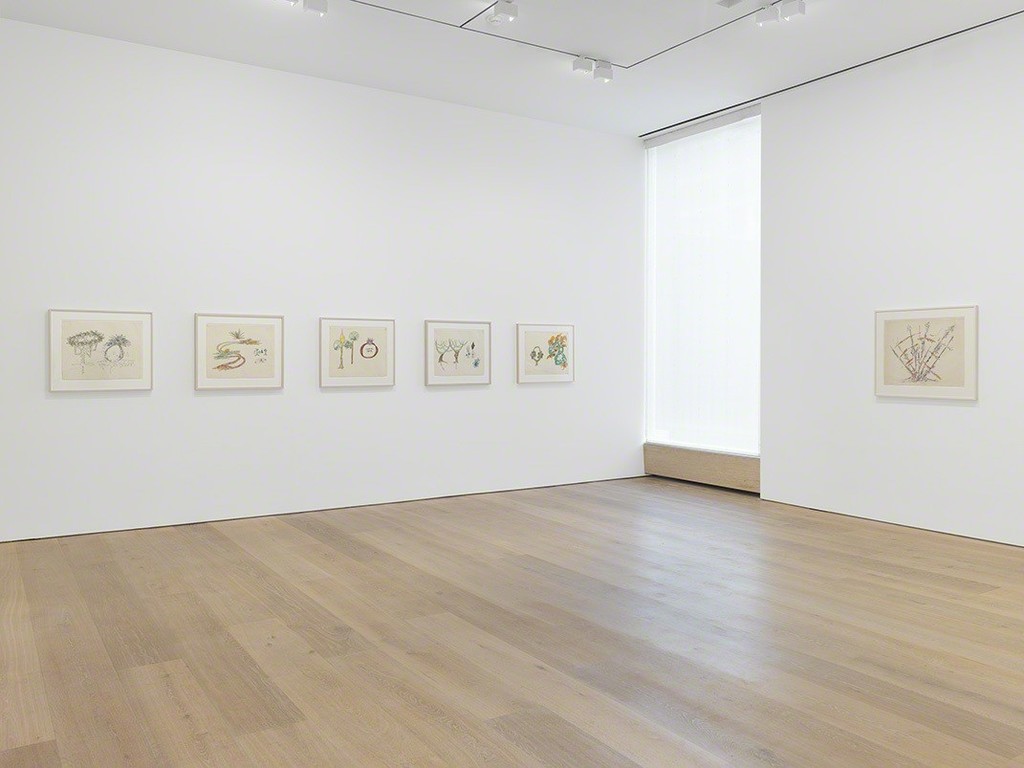 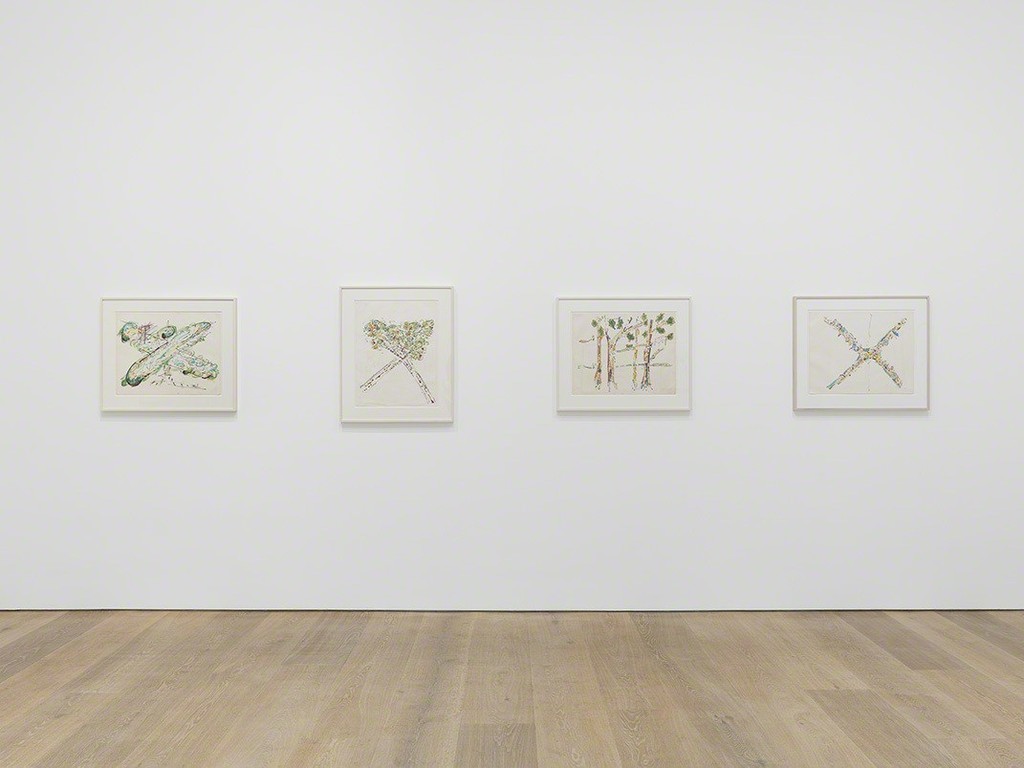 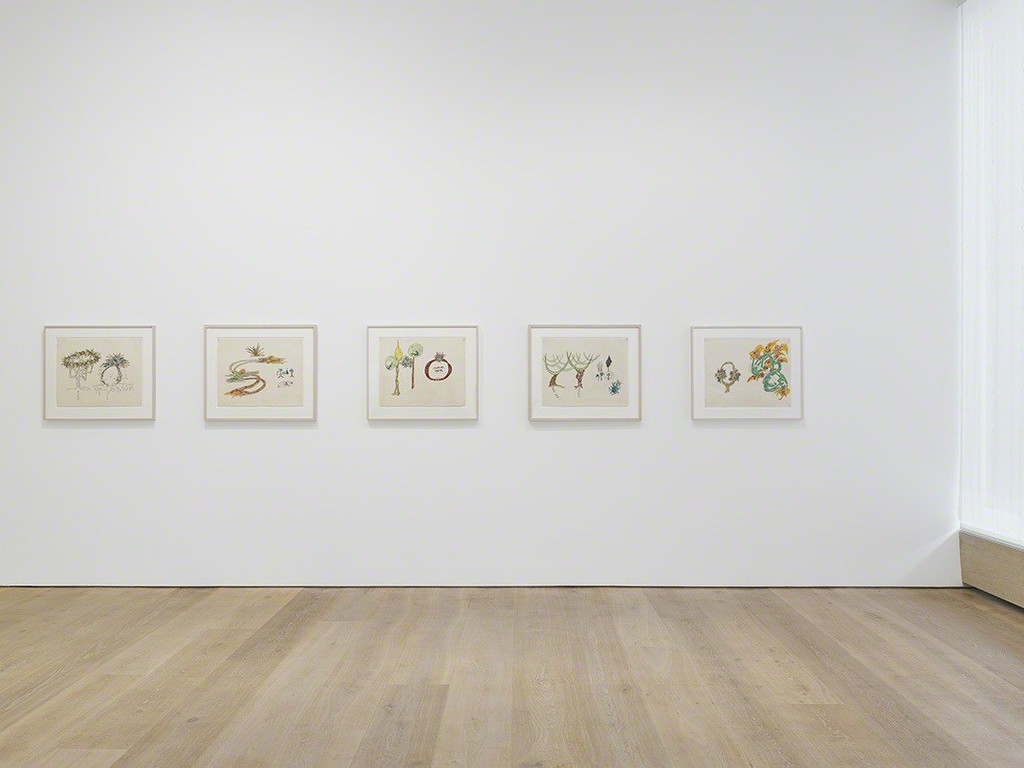 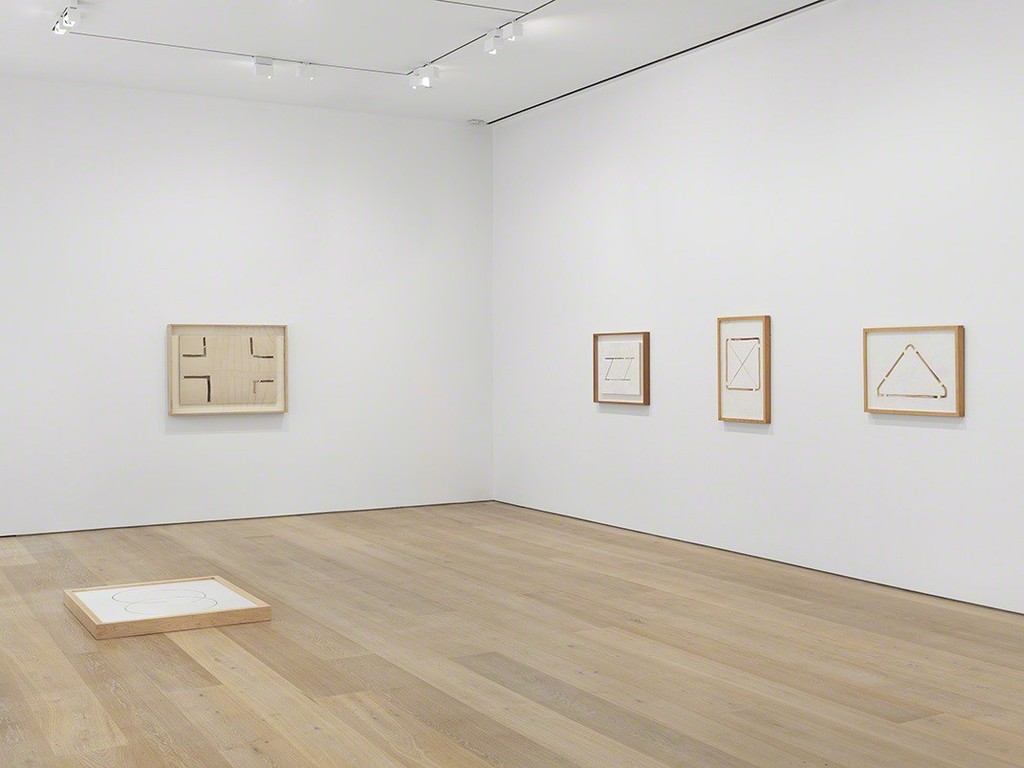 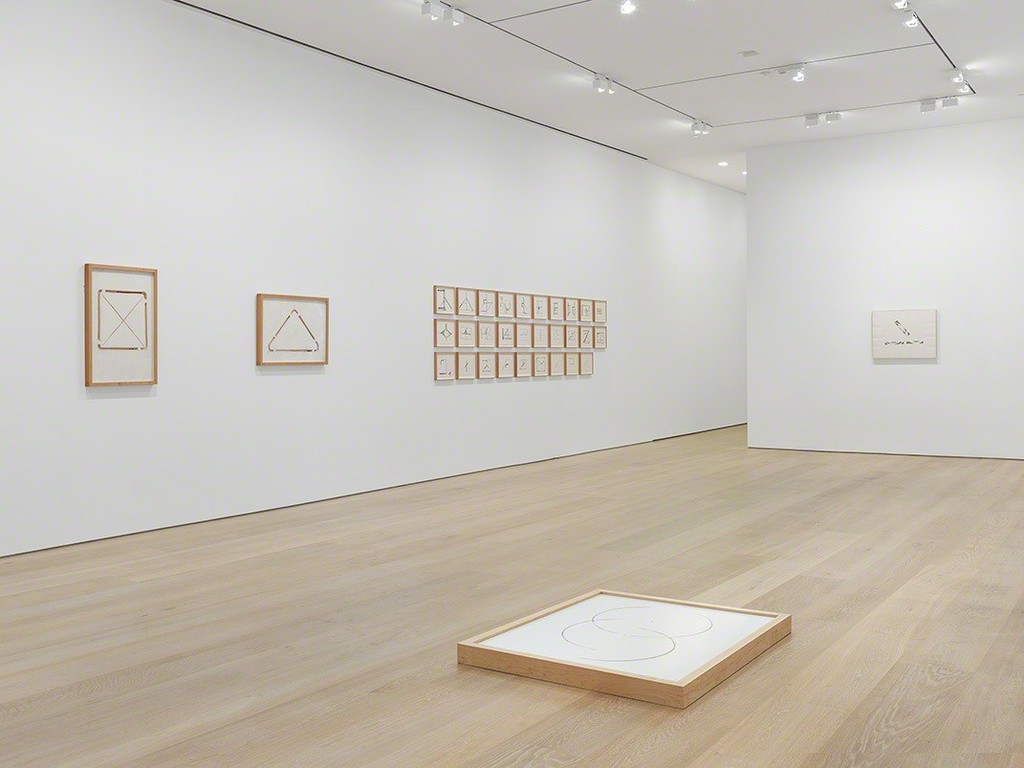 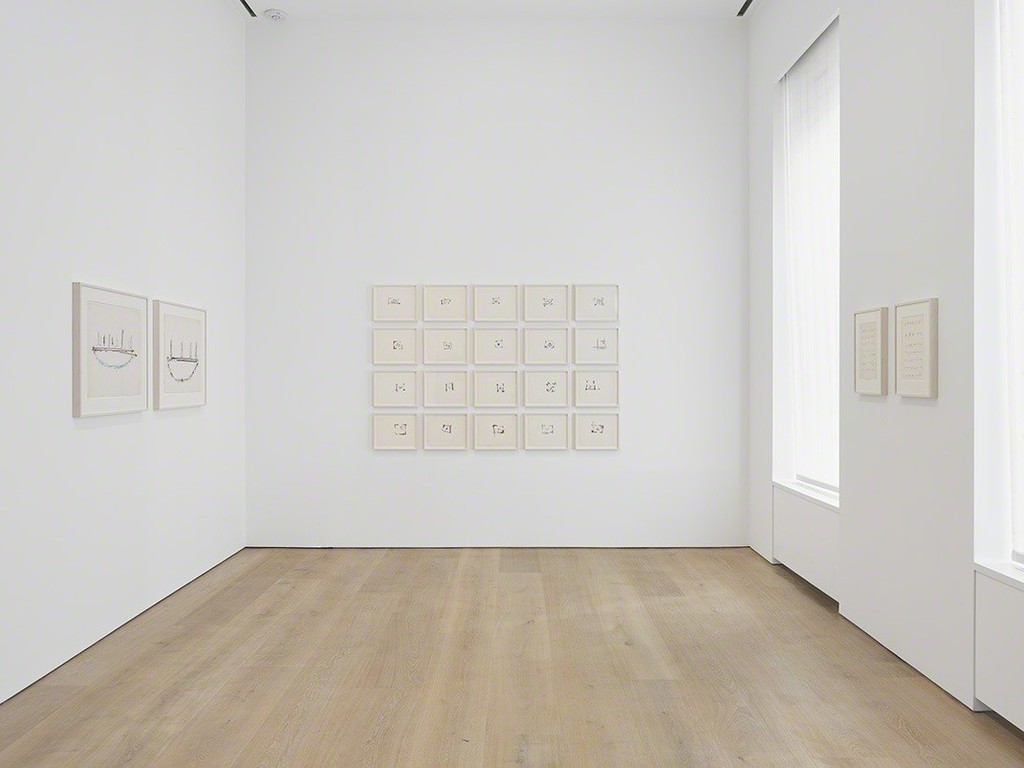 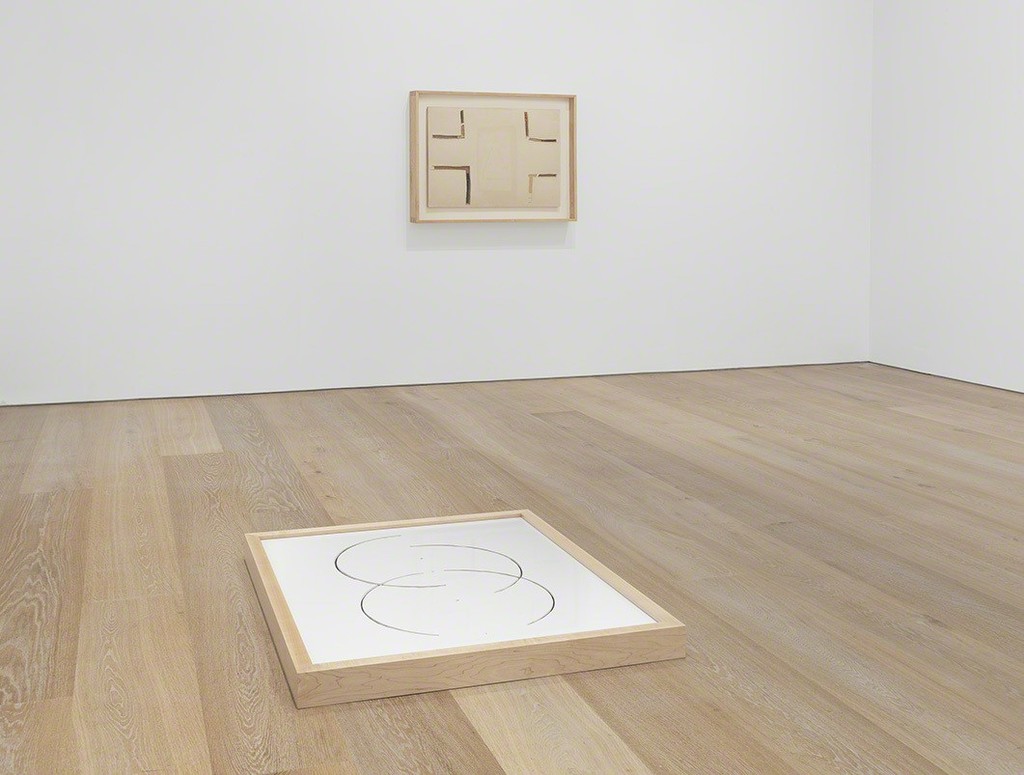 David Zwirner is pleased to present an exhibition of Gordon Matta-Clark’s drawings, a medium the artist explored continuously throughout his career, alongside the architectural cuts and photographs for which he is most known. On view at 537 West 20th Street in New York will be rarely shown works that reveal on an intimate scale some of the major ideas underpinning his practice.

With his drawings—which span three-dimensional reliefs, calligraphy, and notebook entries—Matta-Clark captured the interdisciplinary spirit that defined the art world in the 1970s. Intricate and yet concise, they testify to his interest in the crossovers between visual and performance arts, as well as the broader integration within his oeuvre of the natural and built environment—trained in architecture, the artist keenly explored options for creating “breathing cities” in treetops as well as below ground, subverting traditional ideas about urban planning.

In the Cut Drawings, which he worked on throughout the decade, Matta-Clark explored parallel, smaller-format versions of his physical interventions in architecture, slicing meticulously through several layers of paper, gesso, or cardboard to create sculptural objects that emphasized the voids created from the extraction of space. The miniature sawing constituted a performance in itself, with the resulting works revealing more clearly the geometrical patterns employed in the actual building cuts. In studies for these works, also on view, the corporeal element is further reduced to meditations on the relationship between squares, triangles, circles, and diagonals. The exhibition brings together the largest selection of Cut Drawings and related studies in over twenty years.

Drawings with Matta-Clark’s own “calligraphy” can be seen as iterations of his wider approach to the medium as an independent language in and of itself, with some also incorporating references to musical notation. Abstract letters, spelled out line above line, make up a code that remains undecipherable, but points towards a visionary longing to invent new structures of experience.

Some of the most elaborate and colorful compositions include trees, and several refer explicitly to Matta-Clark’s Tree Dance performance at Vassar College in upstate New York in 1971. Here, he hung several rope sacks and swings in the crowns of two adjacent trees connected by rope ladders. Playing with the idea of an alternative, natural living environment, he invited friends to move between the trees and utilize them as temporary dwellings. Drawings preceding and following the event reflect the coexistence of dance, sculpture, and architecture, with subsequent compositions focusing exclusively on lines of movement and energy flows. The physical structures of the trees appear to “dissolve” into kinetic energy and, in some drawings, become reduced to a multitude of arrows. Near-abstract tree shapes also incorporate calligraphic marks, with branches constructed solely from imaginary letters. Yet others are diagrammatic in appearance, outlining utopian proposals for biomorphic construction.

Another series of drawings explore energy flows within four corners and seem to chart the spatial perception of dancers while at the same time referencing the new and often vertiginous perspectives created by the artist’s building cuts. The loose, almost immaterial structures of the Energy Rooms also recall his involvement with the artist-run Anarchitecture group, founded in 1973, which sought to define alternatives to existing architecture, often formulating knowingly unrealizable projects. Several drawings are executed in notebooks, with Matta-Clark insisting on completing all the pages in one sitting. Combining elements of Surrealist automatic drawing with an interest in choreography, these works appealed to performers at the time—including Laurie Anderson and Trisha Brown—while their own making constituted an animated physical event in itself. As the artist Mary Heilmann, a contemporary of Matta-Clark, recalls: “When he was making drawings, he would work in a state of frenzy. His face would get determined . . . and he’d do a little devil dance. He’d take colored pencils, dig in, press real hard and fast, and would scribble along. I loved those writing pieces. He would do that automatic writing in a way that was otherworldly, mysterious.”

The exhibition is organized in collaboration with Jane Crawford and Jessamyn Fiore from the Estate of Gordon Matta-Clark.

In early 2016, David Zwirner Books will publish a catalogue featuring installation views from the exhibition as well as new scholarship by the art historian Briony Fer and a conversation between the artist Sarah Sze and Jessamyn Fiore.