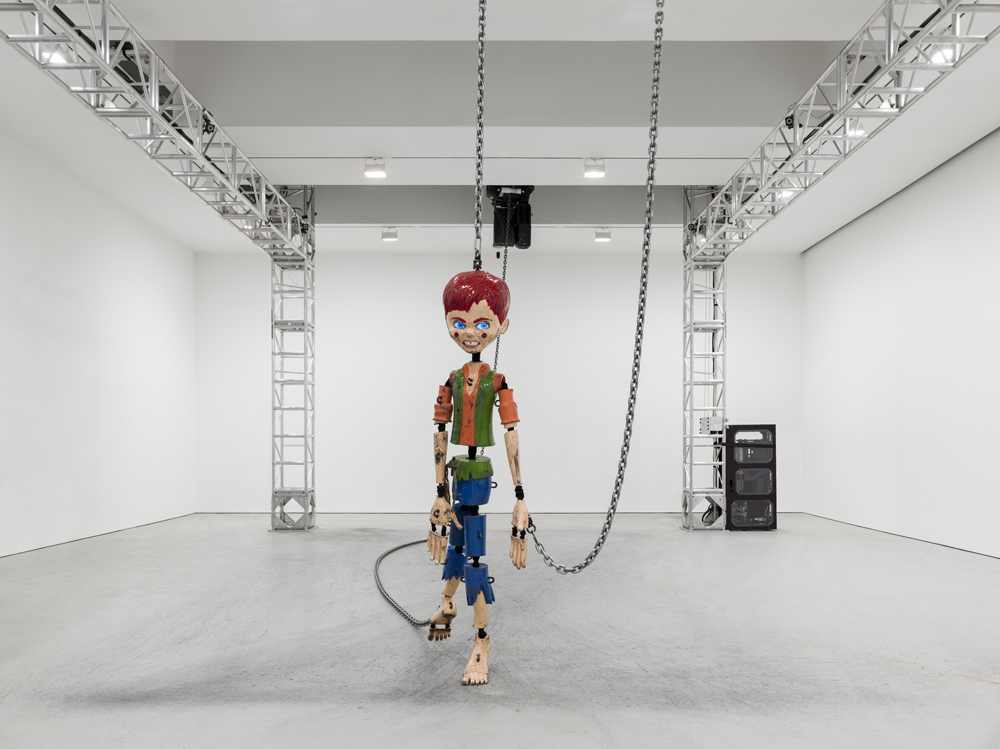 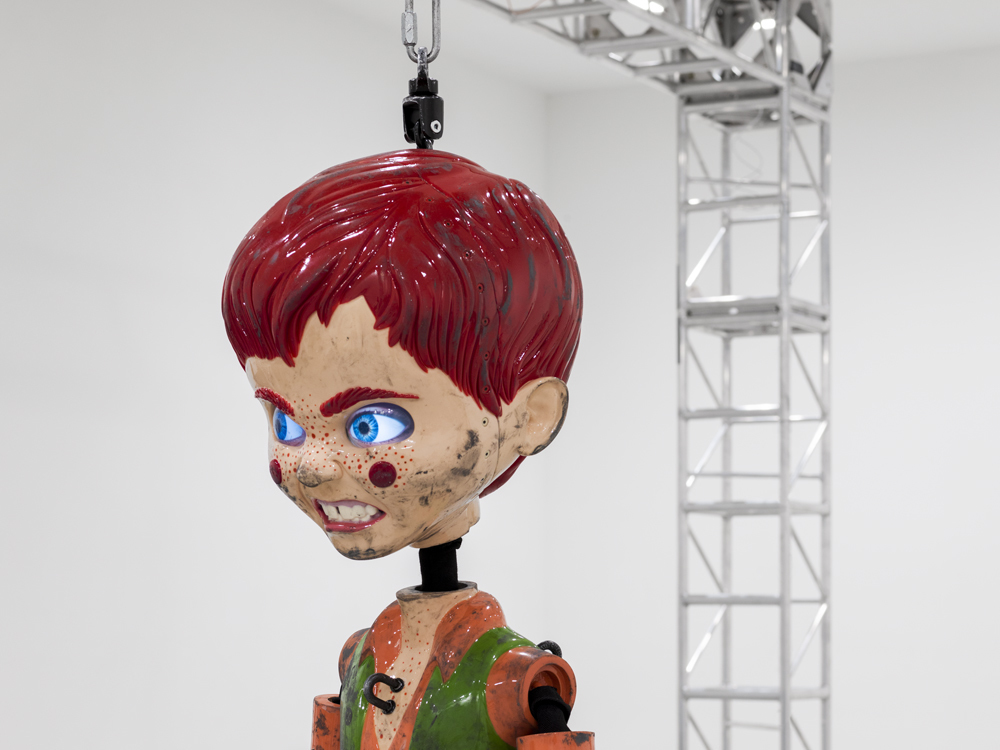 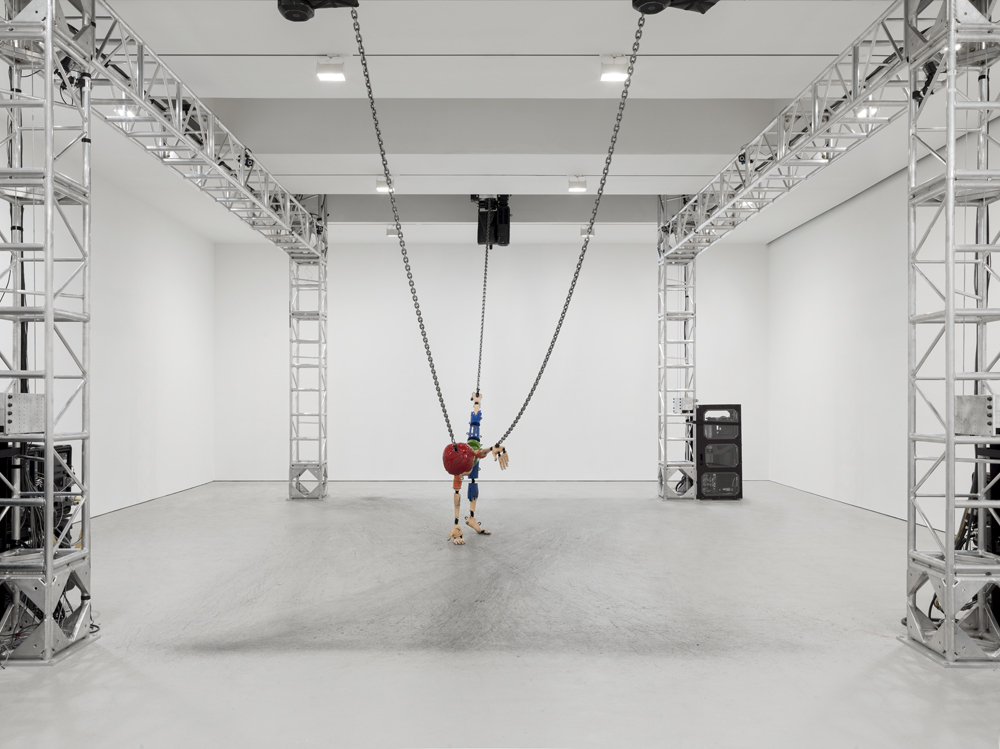 David Zwirner is pleased to present a new sculptural work by Jordan Wolfson, on view at 525 West 19th Street in New York. This is the artist’s second solo show with the gallery since he joined in 2013. The work is presented in partnership with Sadie Coles HQ, London.

Wolfson has become known for his thought-provoking works in a wide range of media, including video, sculpture, installation, photography, and performance. Pulling intuitively from the world of advertising, the Internet, and the technology industry, he produces ambitious and enigmatic narratives that frequently revolve around a series of invented, animated characters.

The red hair, freckles, and boyish look of Colored sculpture draw associations to such literary and pop cultural characters as Huckleberry Finn, Howdy Doody, and Alfred E. Neuman, the mascot of Mad magazine. Highly polished in appearance, the work is suspended with heavy chains from a large mechanized gantry, which is programmed to choreograph its movements. The sheer physicality of the installation, which fills the entire gallery space and includes the work being hoisted and thrown forcefully to the ground, viscerally blurs the distinction between figuration and abstraction, while furthering the formal and narrative possibilities of sculpture.

The sculpture’s eyes employ facial recognition technology to track spectators’ gazes and movements, thereby adding another layer of interactive corporeality to the work. Using fiber optics, its eyes also intermittently display a range of imagery and video footage, including the artist’s own animations and filmed footage, and other found visual material, all of which seem to mine the subconscious preoccupations and desires of our society and consumer culture.

The work’s incongruous accompanying soundtrack further underscores the complex tensions and distortions that the artist establishes between reality and artificiality, subject and object, meaning and sense.