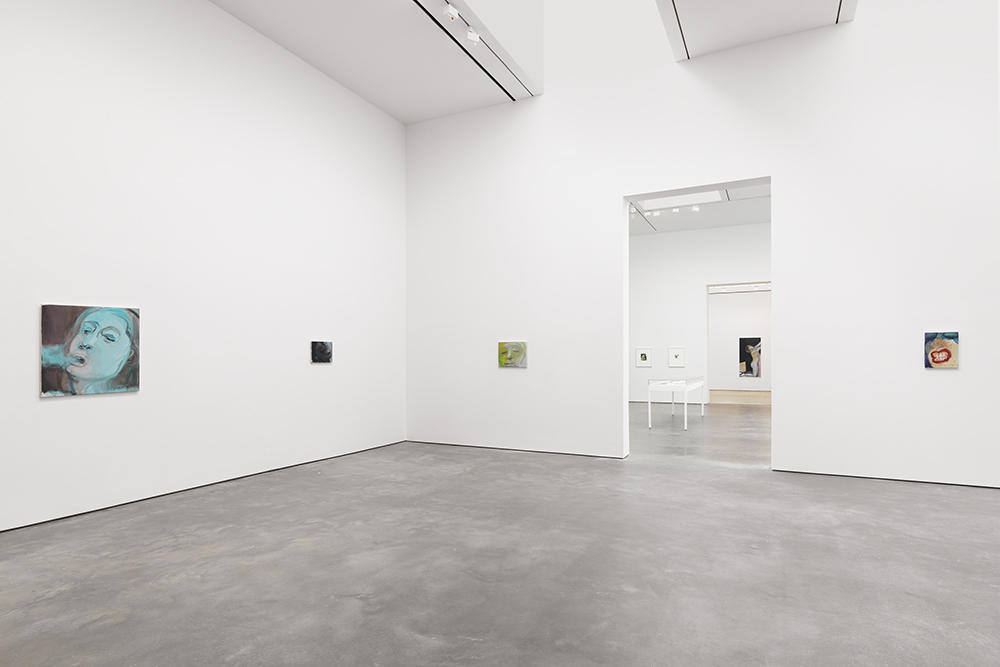 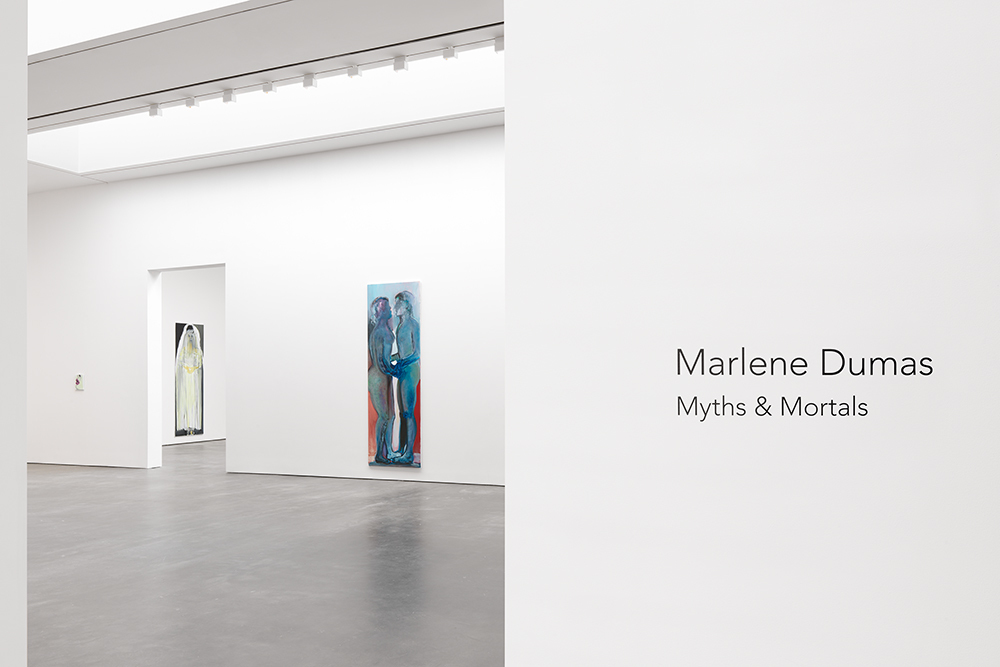 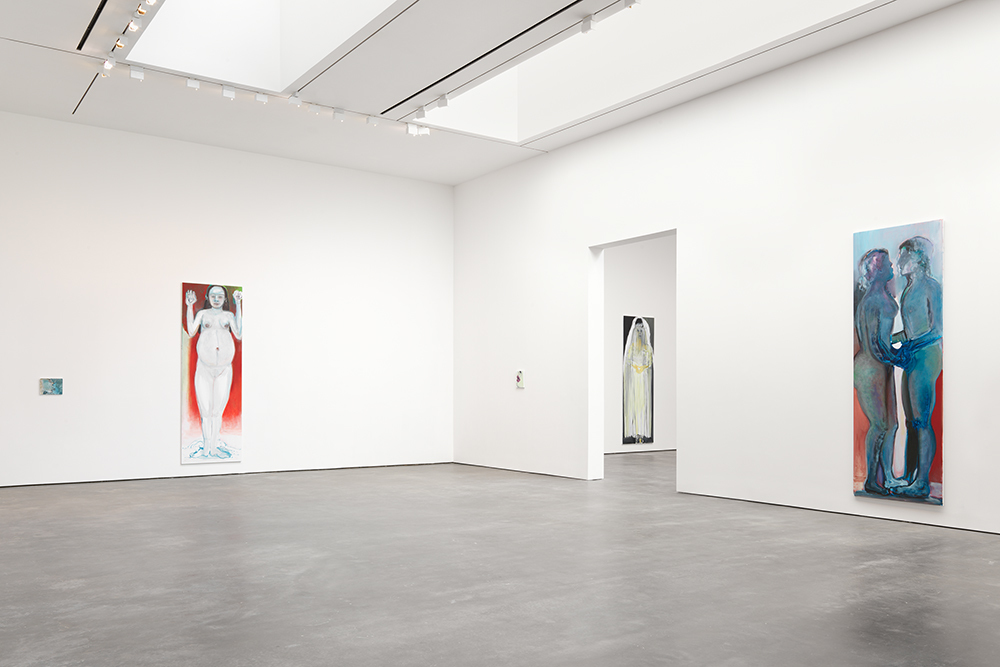 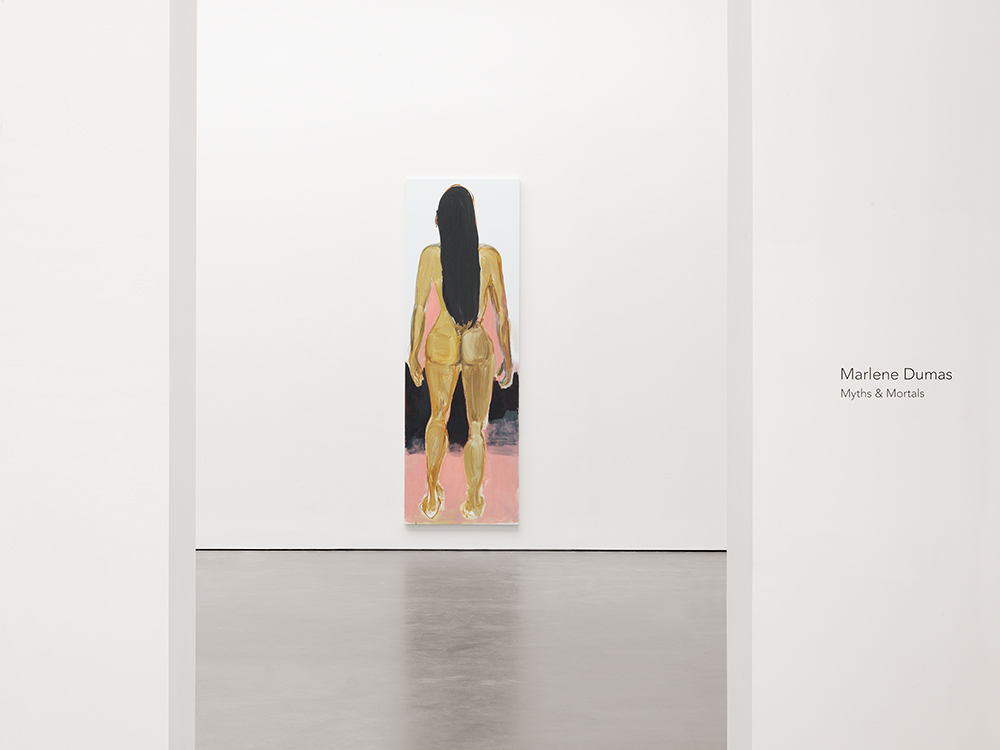 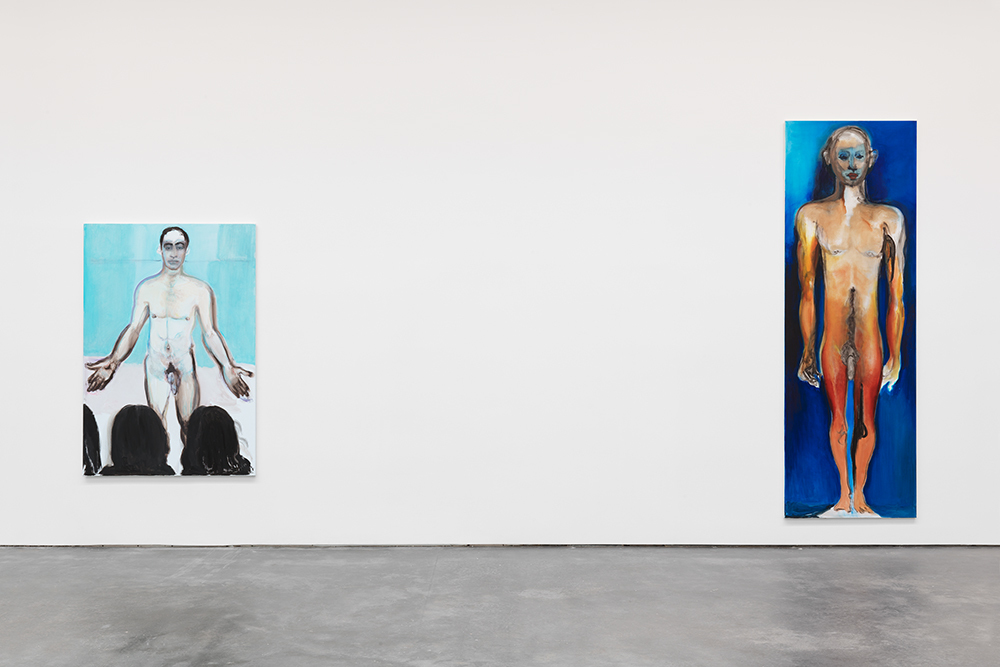 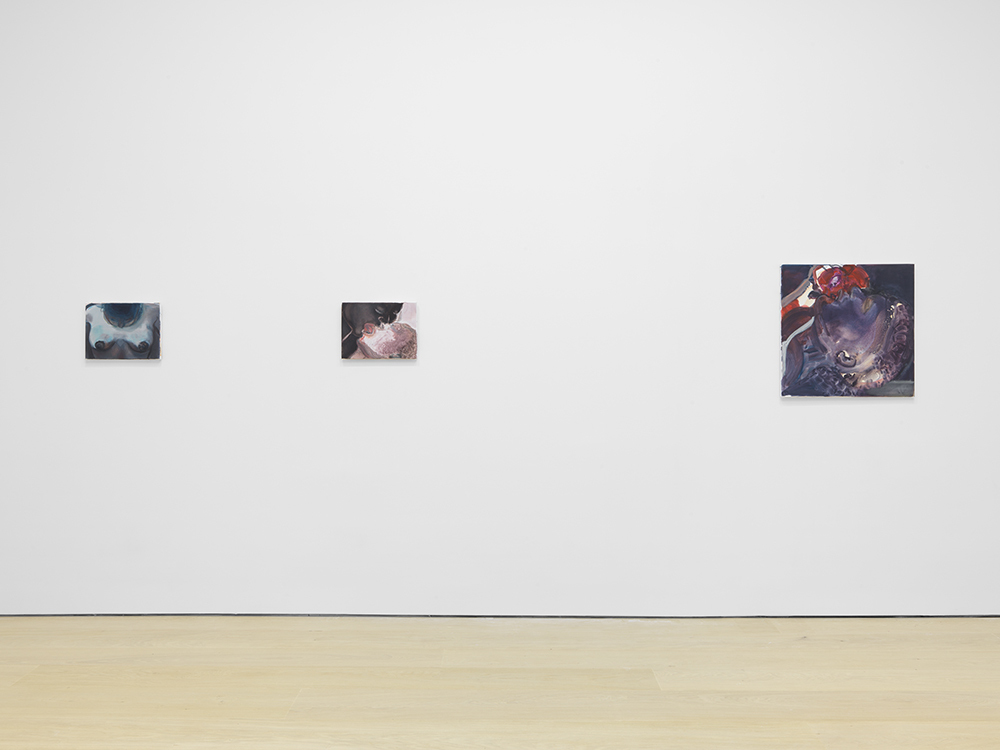 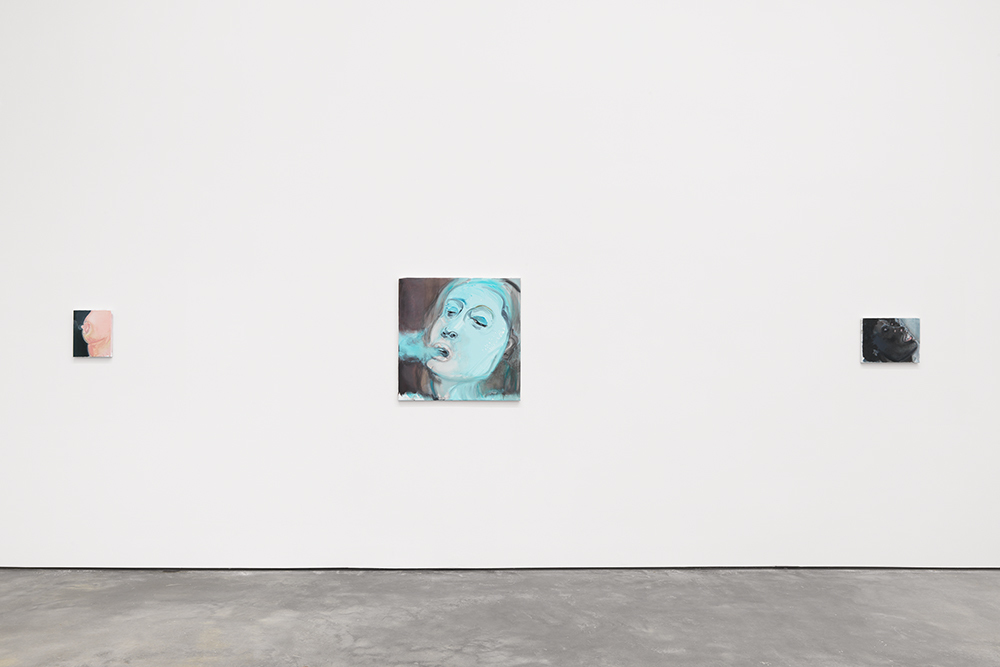 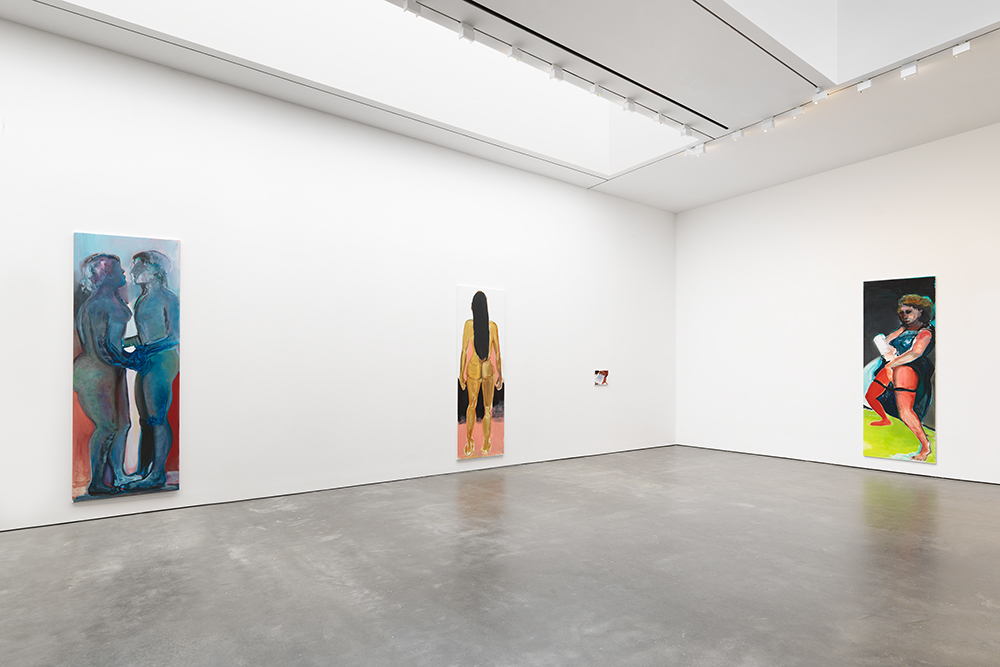 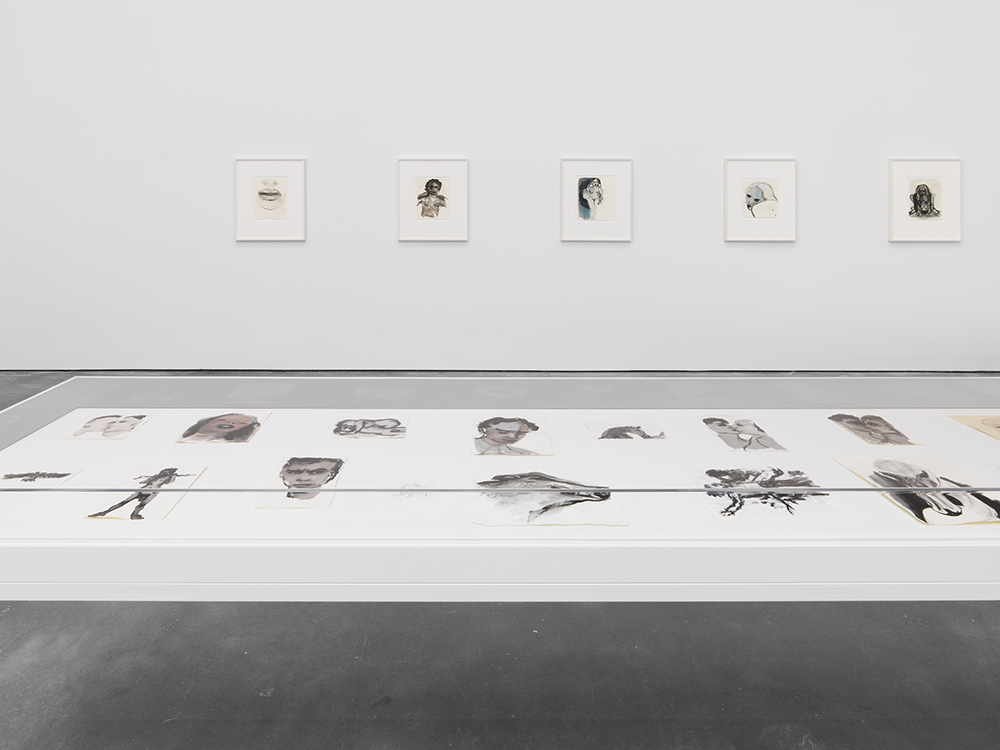 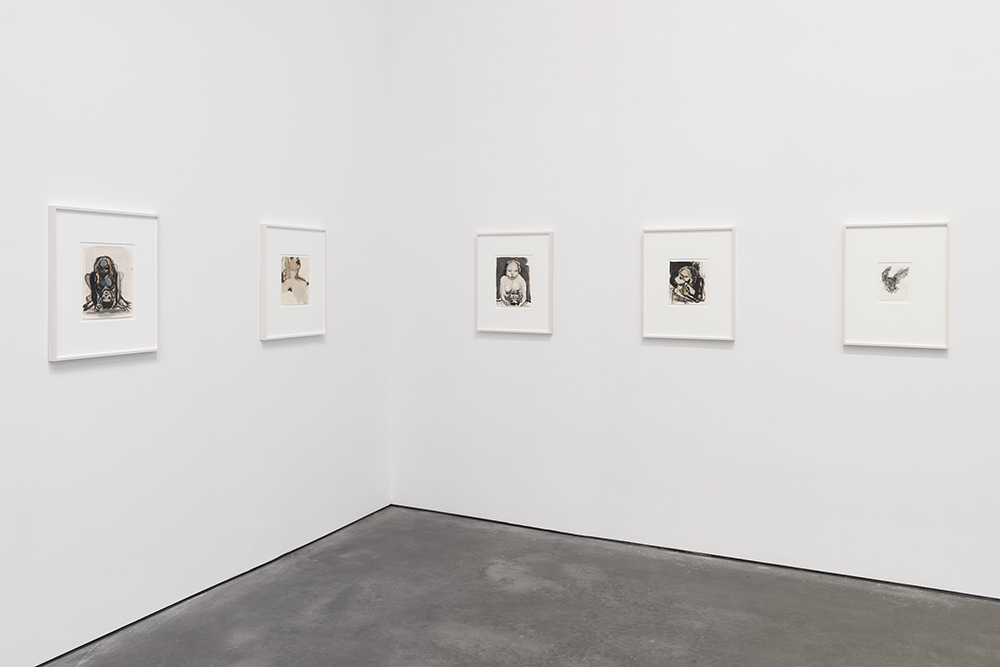 David Zwirner is pleased to present Myths & Mortals, an exhibition of new work by Marlene Dumas that will be on view at the gallery’s 537 West 20th Street location. In this exhibition, the artist’s second with the gallery and her first solo presentation in New York since 2010, Dumas will debut an expansive series of works on paper originally created for a recent Dutch translation of William Shakespeare’s narrative poem Venus & Adonis (1593) by Hafid Bouazza.1 Tender and erotic with hints of violence, these drawings depict the story of Venus, the goddess of love, and her tragic passion for the handsome youth Adonis in the artist’s singularly expressive ink wash. Alongside these works, the exhibition will feature a selection of new paintings that range from monumental nude figures to intimately scaled canvases that present details of bodily parts and facial features.

Dumas is widely regarded as one of the most influential painters working today. Over the past four decades, she has continuously probed the complexities of identity and representation in her work. Her paintings and drawings are often culled from a vast archive of images collected by the artist, including art-historical materials, mass media sources, and personal snapshots of friends and family. Gestural, fluid, and frequently spectral, Dumas’s works reframe and recontextualize her subjects, exploring the ambiguous and shifting boundaries between public and private selves.

Displayed both framed and in a vitrine, Dumas’s thirty-three works on paper narrate Shakespeare’s story of Venus and Adonis, which drew on Ovid’s mythological poem The Metamorphoses. Adonis, renowned for his otherworldly beauty, spurns Venus’s love for him, choosing instead the thrill of the hunt. Recklessly ignoring Venus’s warnings, Adonis is ultimately slain by a wild boar, with his spilled blood lending its color to the bloom of the anemone (as depicted in The flower, 2015–2016). In these works—alternately delicate and aggressive, tranquil and frenzied—the artist captures the polarity of a star-crossed union of opposites, arguing, like Venus, for the embrace of desire in the face of war.

Encompassing a diverse array of scales, styles, and subjects, Dumas’s new works respond more than ever to the uncertainty and sensuality of the painting process itself. Allowing the structure of the canvases and the materiality of the paint greater freedom to inform the development of her compositions, the artist has likened the creation of these works to the act of falling in love: an unpredictable and open-ended process that is as filled with awkwardness and anxiety as it is with bliss and discovery.

Several nearly ten-foot-tall paintings in the exhibition focus on individual figures, including a number of male and female nudes and a seemingly solemn bride whose expression is obscured behind a floor-length veil. Building on the mythological themes of the works on paper, these paintings combine various references and allusions: a towering Adonis appears as the singular subject of a 2017 canvas, while Amazon (2016) and Birth (2018) are both partially inspired by Dumas’s recurring muse, her daughter, who is now expecting her first child. Like the Greek gods and goddesses, the figures in these paintings are at once larger than life and overwhelmingly human.

Born in Cape Town, South Africa, in 1953, Marlene Dumas moved to Amsterdam in 1976, where she has since lived and worked.

In 2008, a critically acclaimed retrospective, Marlene Dumas: Measuring Your Own Grave, was organized by the Museum of Contemporary Art, Los Angeles, in association with The Museum of Modern Art, New York, which also toured to The Menil Collection, Houston, in 2009. In 2014, the Stedelijk Museum in Amsterdam presented a major retrospective of the artist’s work, Marlene Dumas: The Image as Burden, which traveled to Tate Modern, London, and the Fondation Beyeler, Basel, in 2015.

In 2017, Dumas presented an altarpiece made in collaboration with Jan Andriesse and Bert Boogaard as a permanent installation at the Annenkirche (St. Anne’s Church) in Dresden. Also opening in Dresden in October of that year, the Albertinum and Kupferstich-Kabinett, Staatliche Kunstsammlungen Dresden hosted concurrent solo exhibitions. Later in 2018, the artist will curate an exhibition of her work alongside that of Edvard Munch and René Daniëls at the Munch Museum, Oslo, entitled Moonrise.

Since 2008, Dumas’s work has been represented by David Zwirner. In 2010, she had her first solo exhibition, Against the Wall, at the gallery in New York, which traveled to the Museu Serralves in Porto, Portugal.