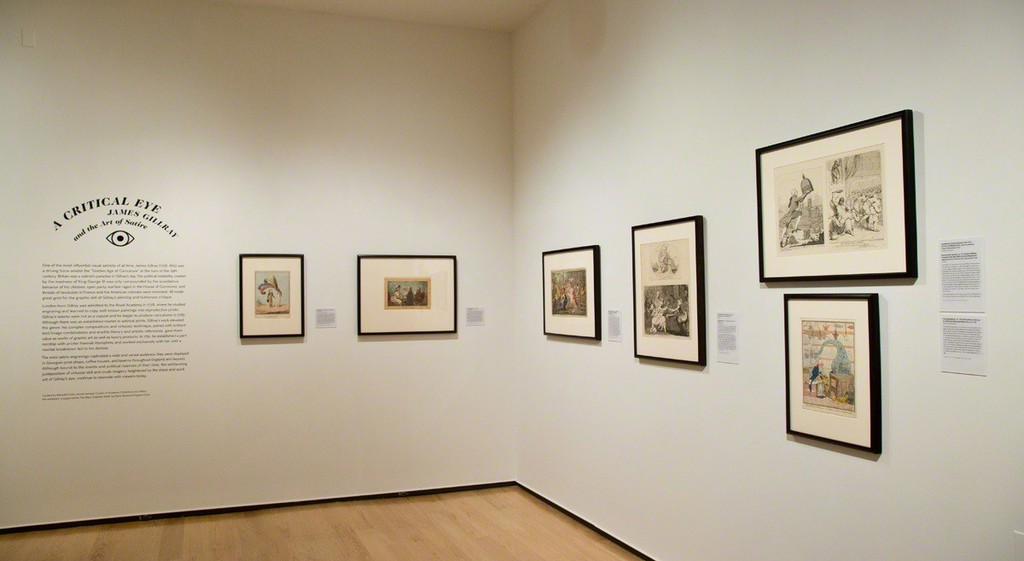 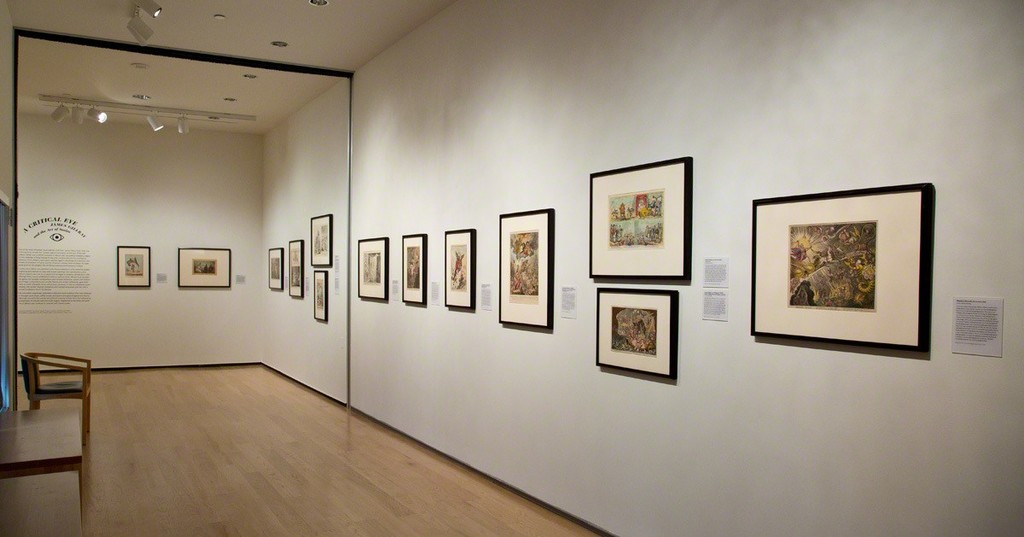 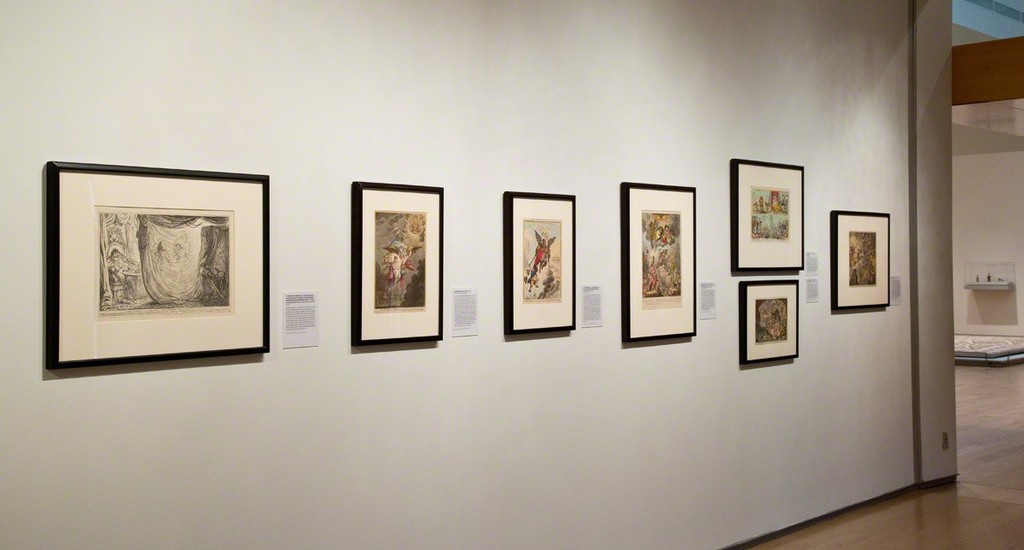 Known as the “Father of the Political Cartoon,” James Gillray (1756/57 - 1815) was one of the most brilliant and influential satirists of his time. His work—published mostly between 1793 and 1810—critiqued the most influential people and institutions of Napoleon-Age Britain, through cartoons filled with cutting caricatures, incisive parodies, and graphic scatological humor. This exhibition draws from the Davis Museum’s collection of Gillray’s prints, examining both the genius of his printmaking technique and the range and depth of his historical and cultural references. As objects of both artistic and intellectual interest, Gillray’s masterful prints set the standard for the fascinating tension between visual and text that endures in political art today.

Curated by Meredith Fluke, Kemper Curator of Academic Exhibitions and Affairs. The exhibition is presented with support from The Mary Tebbetts Wolfe '54 Davis Museum and Cultural Center Program Fund.