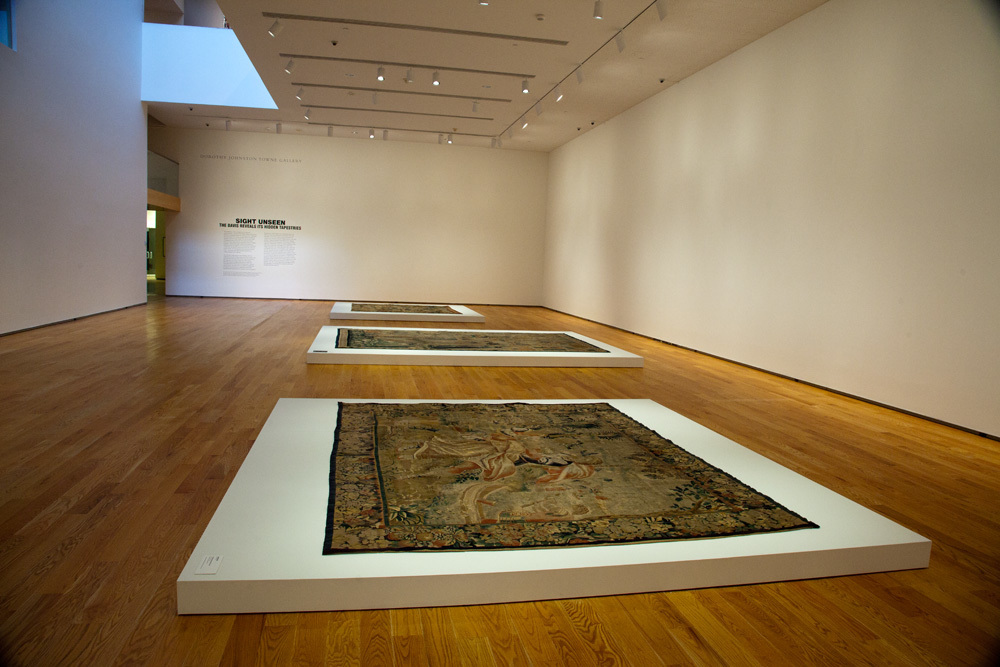 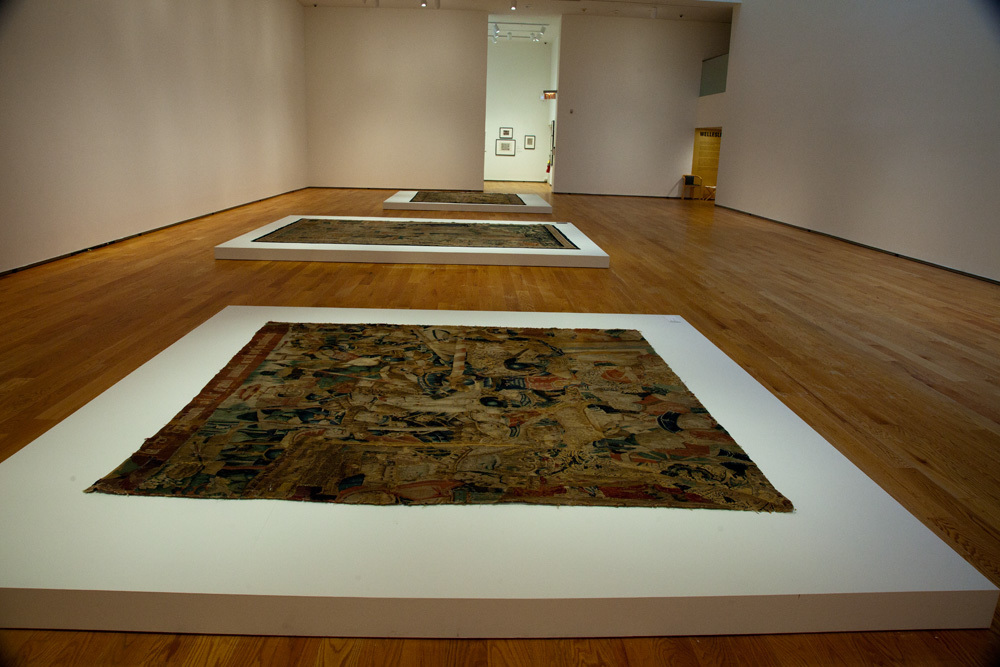 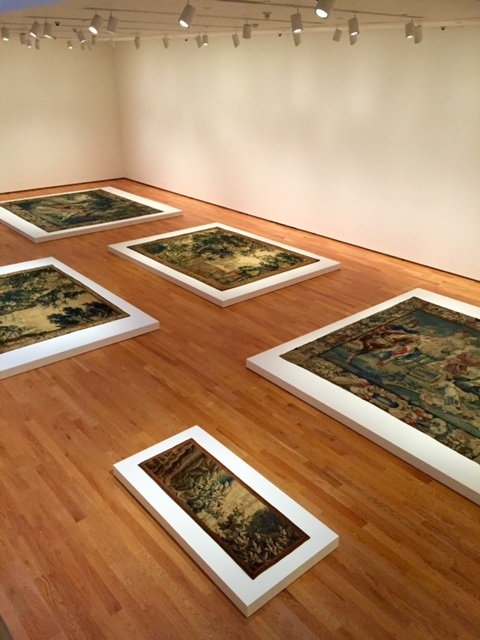 WELLESLEY, Mass. – The Davis Museum presents Sight Unseen: The Davis Reveals Its Hidden Tapestries, an exhibition that takes an unprecedented look at a rarely studied area of its encyclopedic holdings through two rotations of large-scale tapestries from the 15th to 18th centuries. Taking advantage of the open floor plan as the Museum prepares for the fall 2016 reinstallation of the permanent collections galleries, the curators will unroll eight tapestries, photograph them, and assess their conservation needs. The dimensions of the tapestries in the exhibition range from approximately 7 x 2 1/2 feet to 14 x 9 feet. Presented in two separate rotations, Sight Unseen will present a part of the Davis Museum’s holdings never before seen by the public.

“Although tapestries were among the most costly and important objects created in the Early Modern period, they are often relegated to storage in American museums due to their large size and light sensitivity,” said Eve Straussman-Pflanzer, Assistant Director of Curatorial Affairs/Senior Curator of Collections, and lead curator of the exhibition. “Because of the rarity of displaying these objects, we are excited to invite the public on November 3 to experience their unrolling at the same time as the Davis Museum staff.”

Sight Unseen: The Davis Reveals Its Hidden Tapestries is a collaborative curatorial effort with Eve Straussman-Pflanzer, Assistant Director of Curatorial Affairs/Senior Curator of Collections as the lead curator, and Meredith Fluke, Kemper Curator of Academic Programs, and Claire Whitner, Associate Curator, as co-curators.