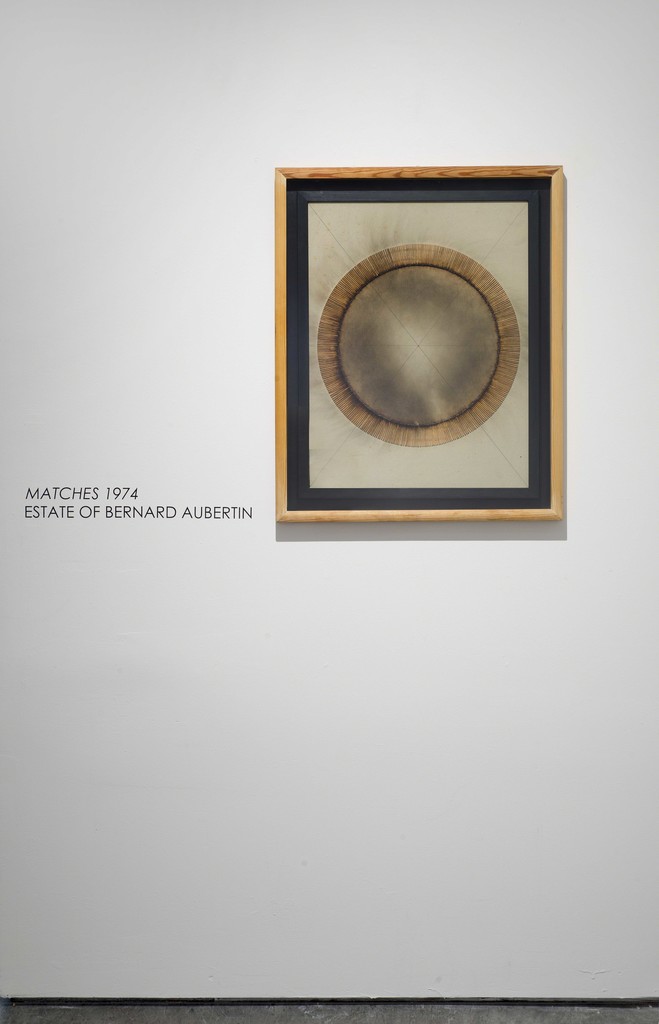 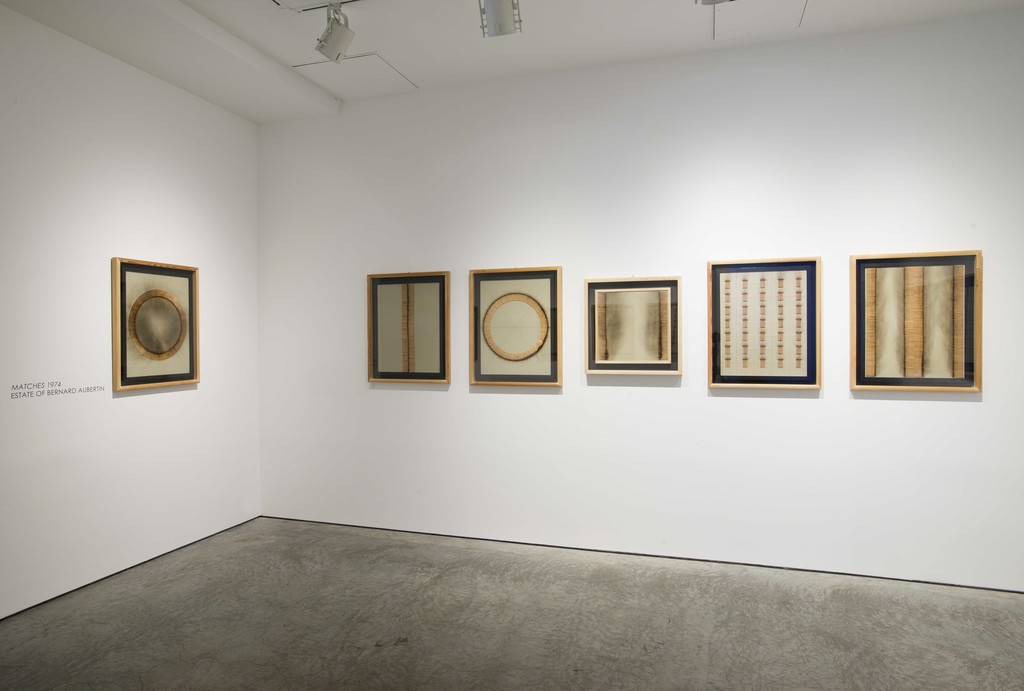 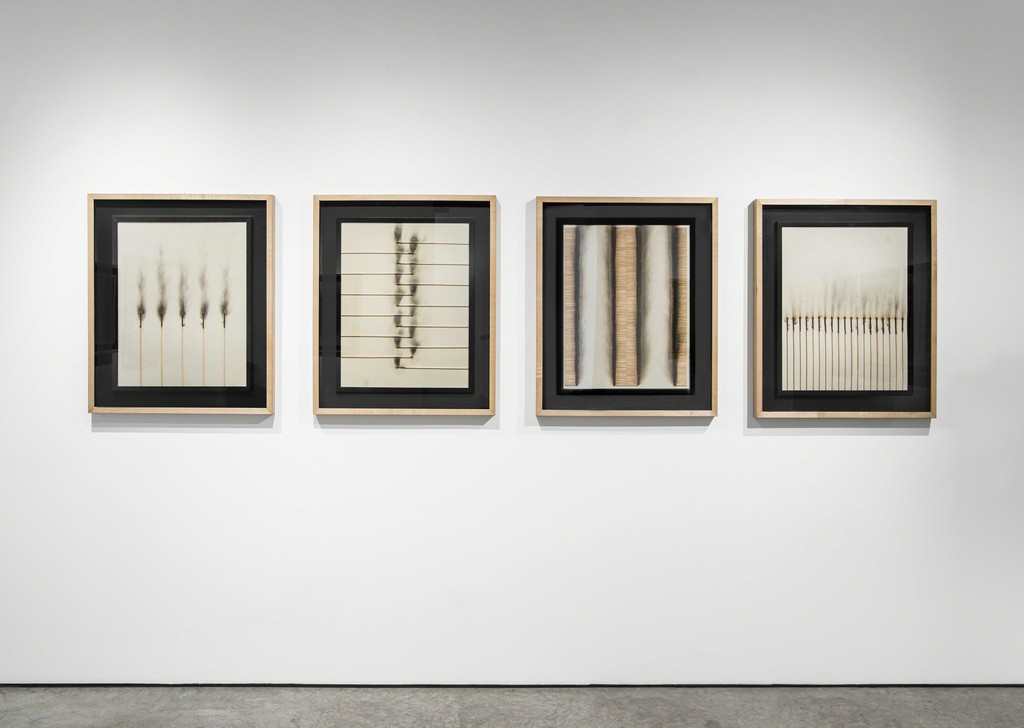 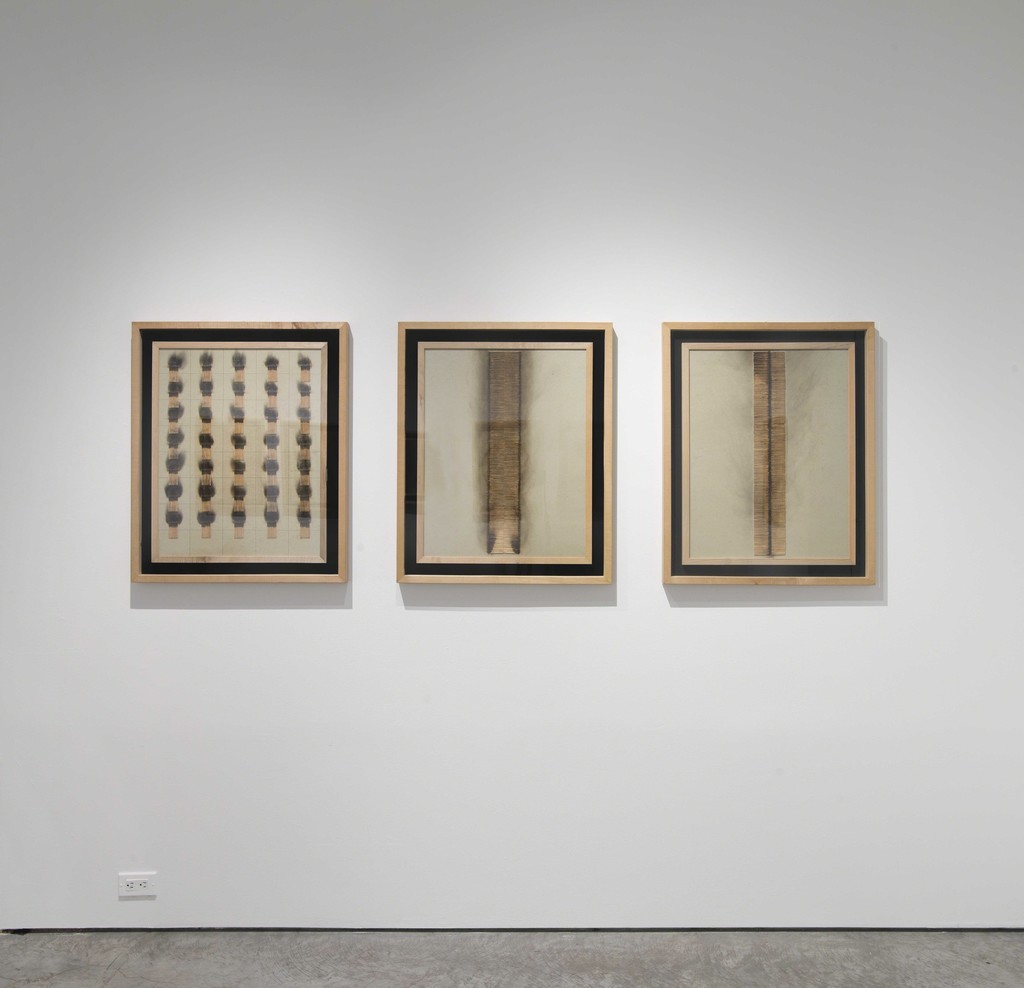 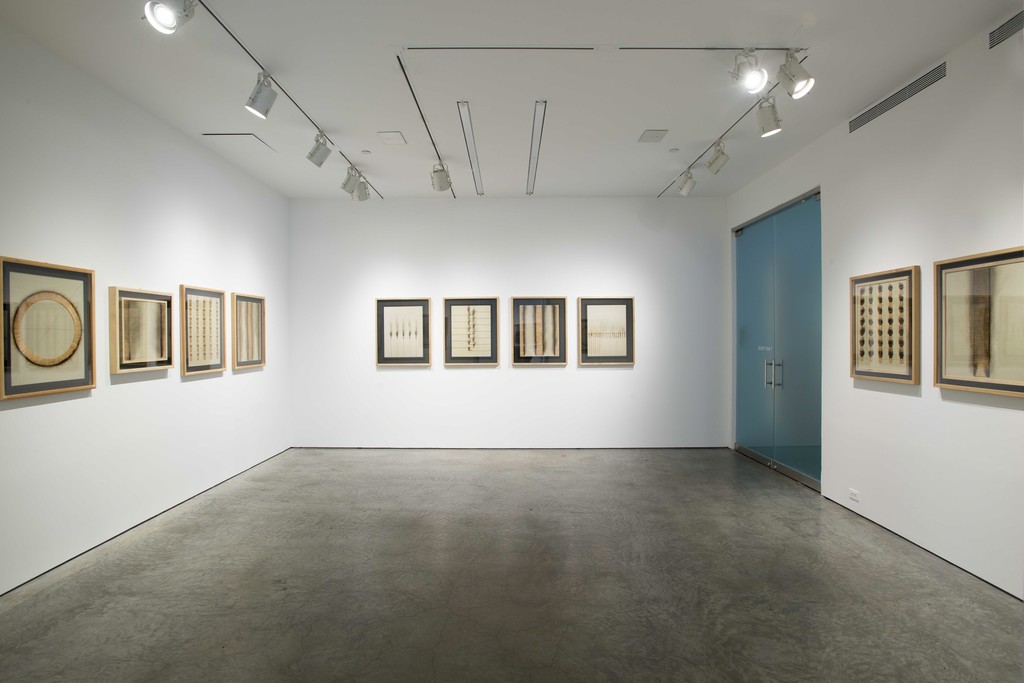 As part of De Buck Gallery's summer programming we are excited to showcase a series of Bernard Aubertin's iconic fire paintings in gallery 2. The works on view, all made with pencil and burnt matches, date from 1974 and are the remnants of performances. The french ZERO group artist Bernard Aubertin (1934 - 2015) became known for setting fire to his own work and exhibiting the remains. For this series, patterns of ordinary matches were put on fire, leaving natural smoke markings on the cardboard caused by the spontaneous nature of flame. The process by which the works are created is inherent to the final product and the viewer can clearly see the charred transformation that took place. In effect, the destructive nature of fire becomes a mode of creation and rebirth.