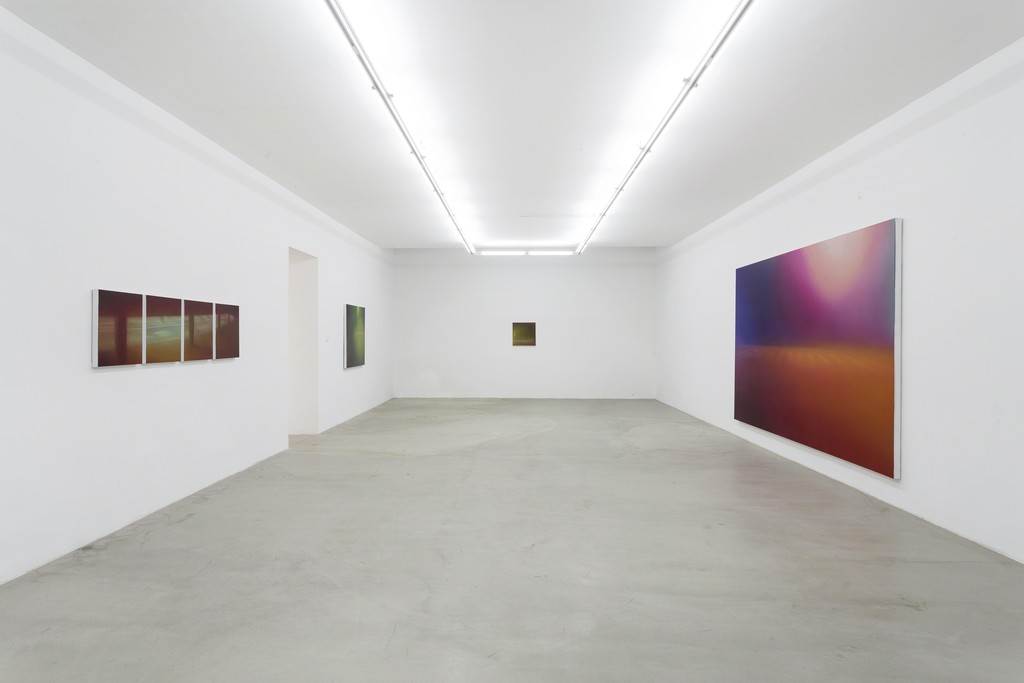 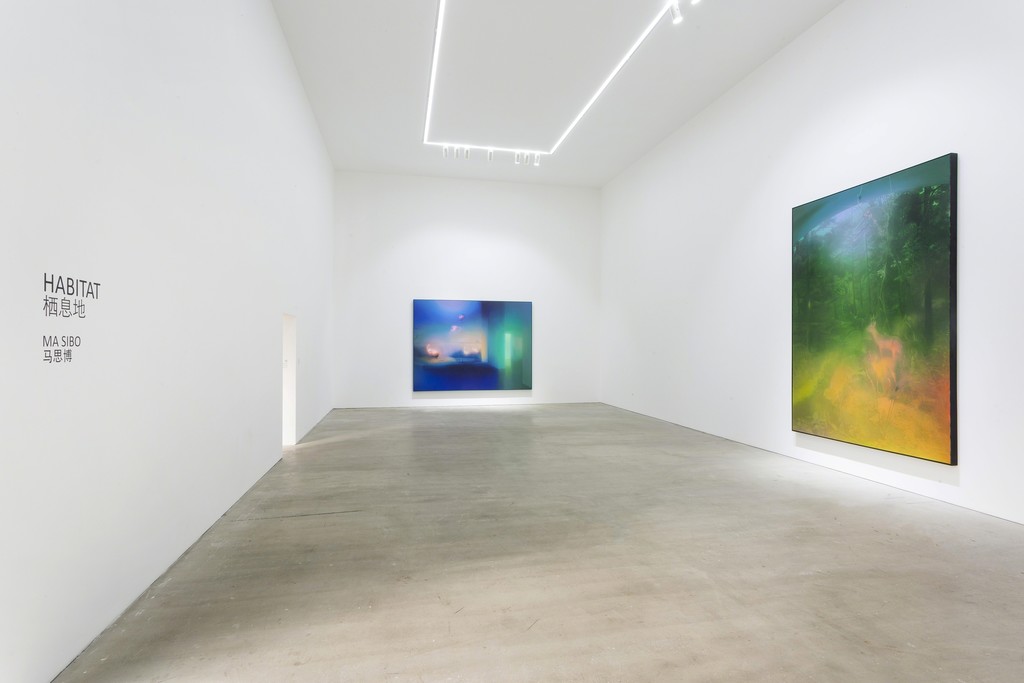 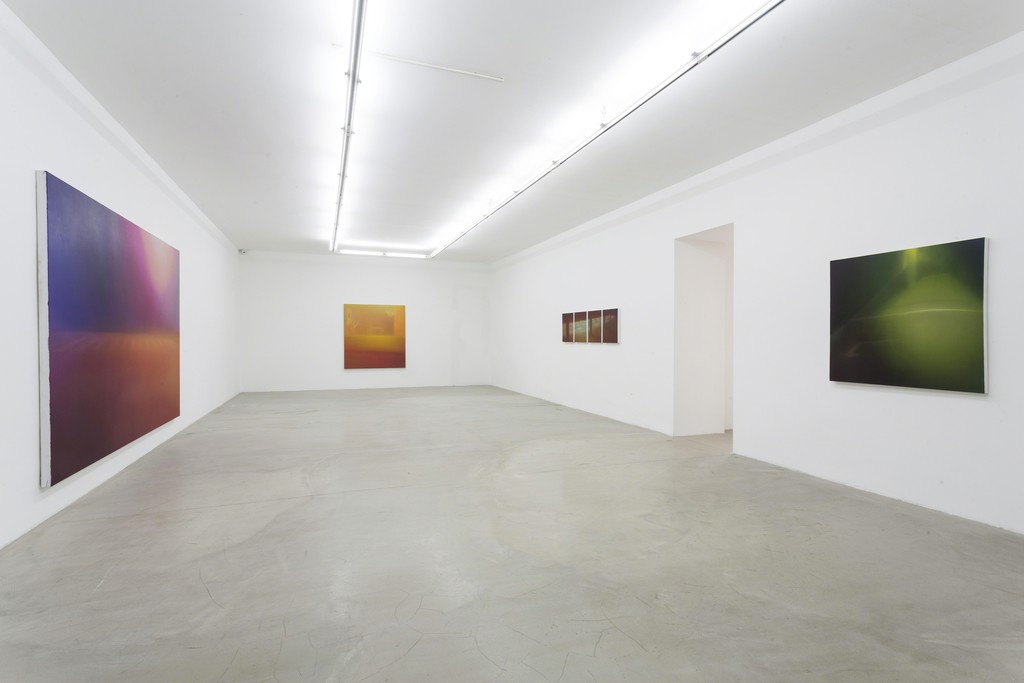 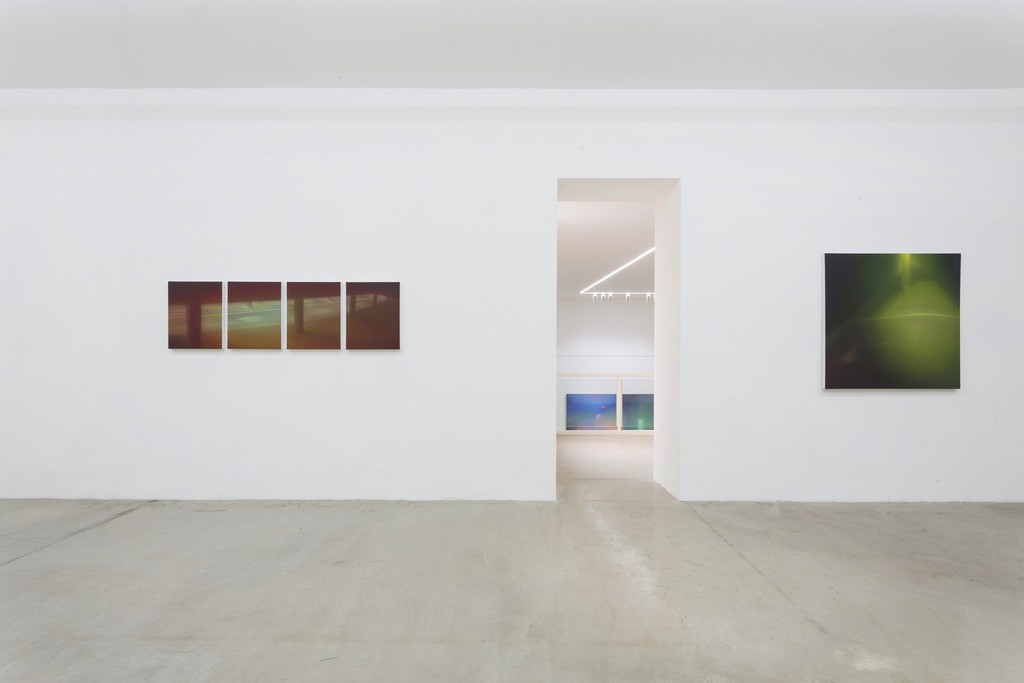 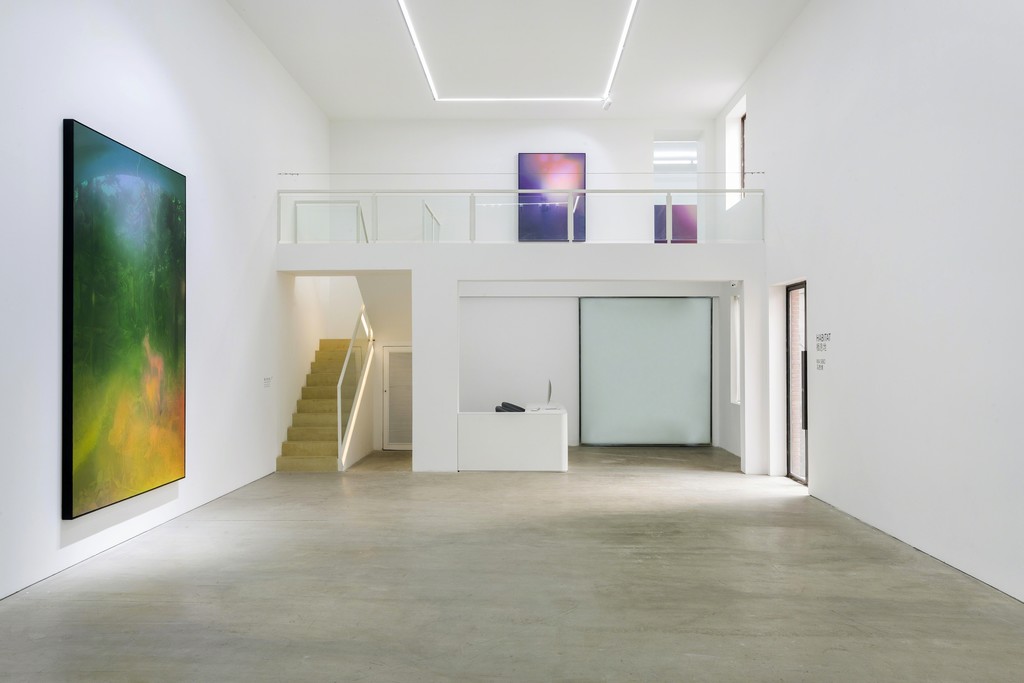 Ma Sibo’s trained hand is most well known for imbuing desolated and lifeless environments with a meditative sense of romantic nostalgia. His use of a technique similar to sfumato, where shapes and colors merge together, allow for his canvases to radiate an entrapping energy.
In his newest series of work, Ma Sibo departs from portraying desolated scenes by adding various animals into his paintings. Through this addition, he initiates a conversation about life and the environments in which we live. For example, the egrets in "Shore" (2016) appear to be filled with a dynamic energy until one realises the birds are taxidermy and staged in an empty museum. The strange dialogue between setting and subject matter within the radiating canvas posits an existential question about idilic, yet artificially constructed, life within temporary walls. This notion is reinforced in the only painting in the show that focuses on a human subject, "Night Worker" (2016). Here, a man stands motionless gazing at a barren, ill-managed landscape, his energy as forlorn as the frozen birds in the museum. The man stands outside of any walls, but still seems trapped by the space surrounding him.
Born in Tianjin in 1979, Ma Sibo earned his BA in oil painting from the Tianjin Academy of Fine Arts in 2001. Afterwards, he traveled to France and in 2004 earned a National diploma from Ecole Supérieure d’Art et de Design — Toulon Provence Medterraneee. He also earned MA in Fine Art from Ecole Supérieure des Beaux- Arts de Nîmes in 2006. In earlier stages of his career, his works has been shown in China, France, Belgium and more recently in Art Basel Hong Kong.