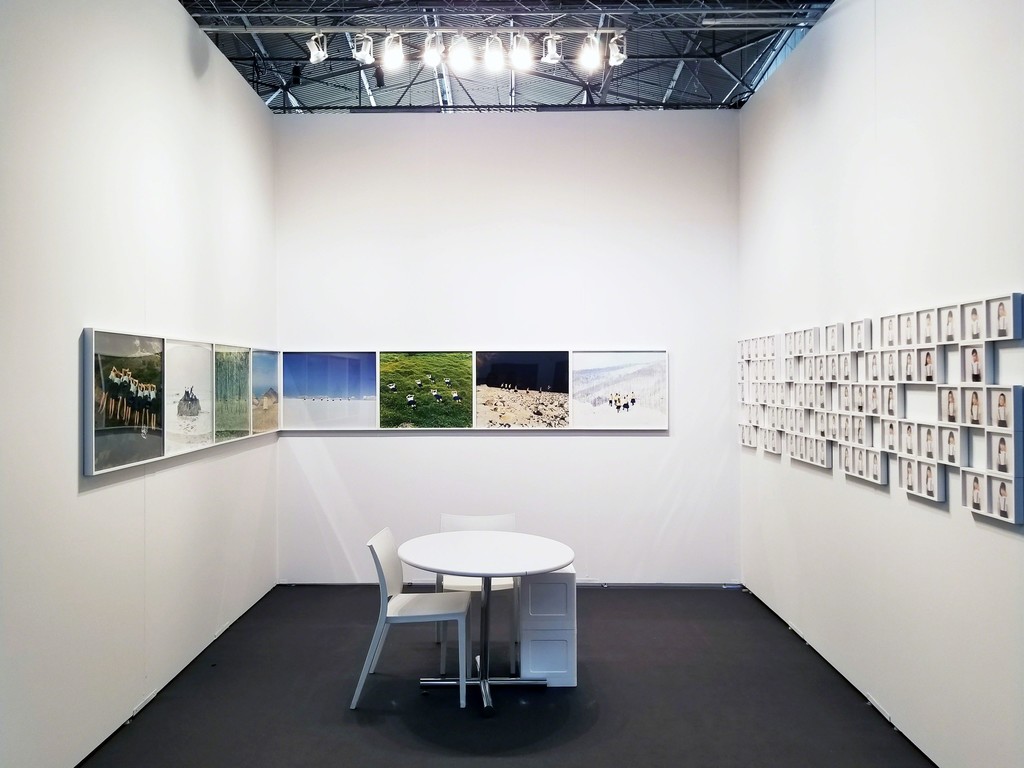 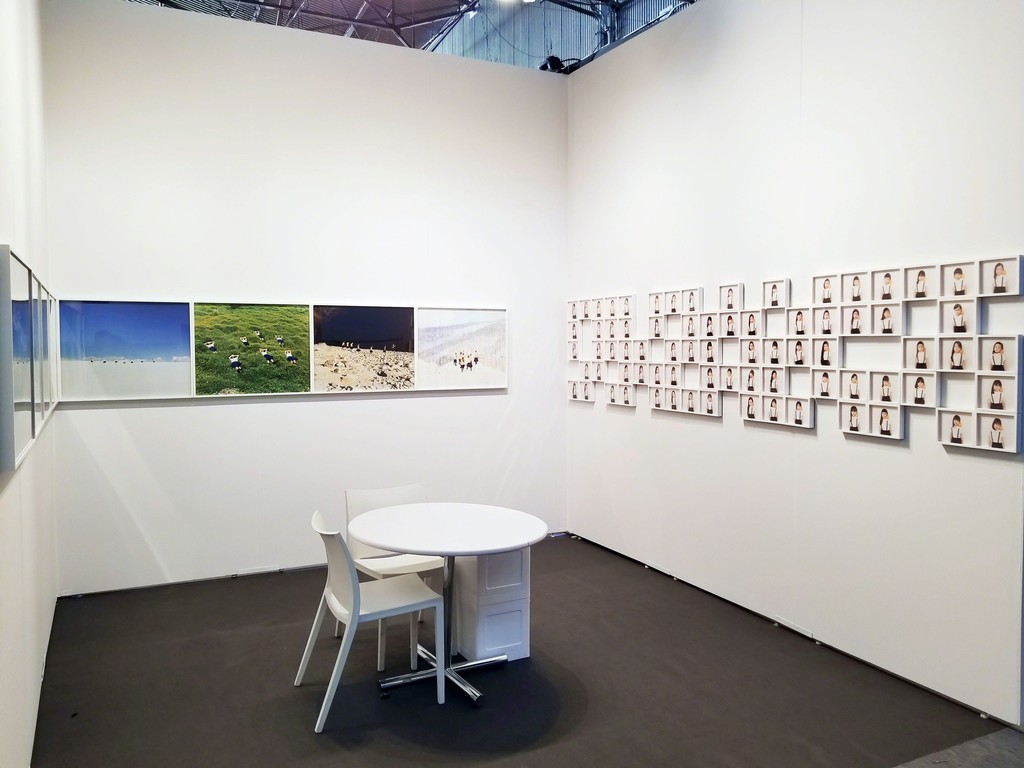 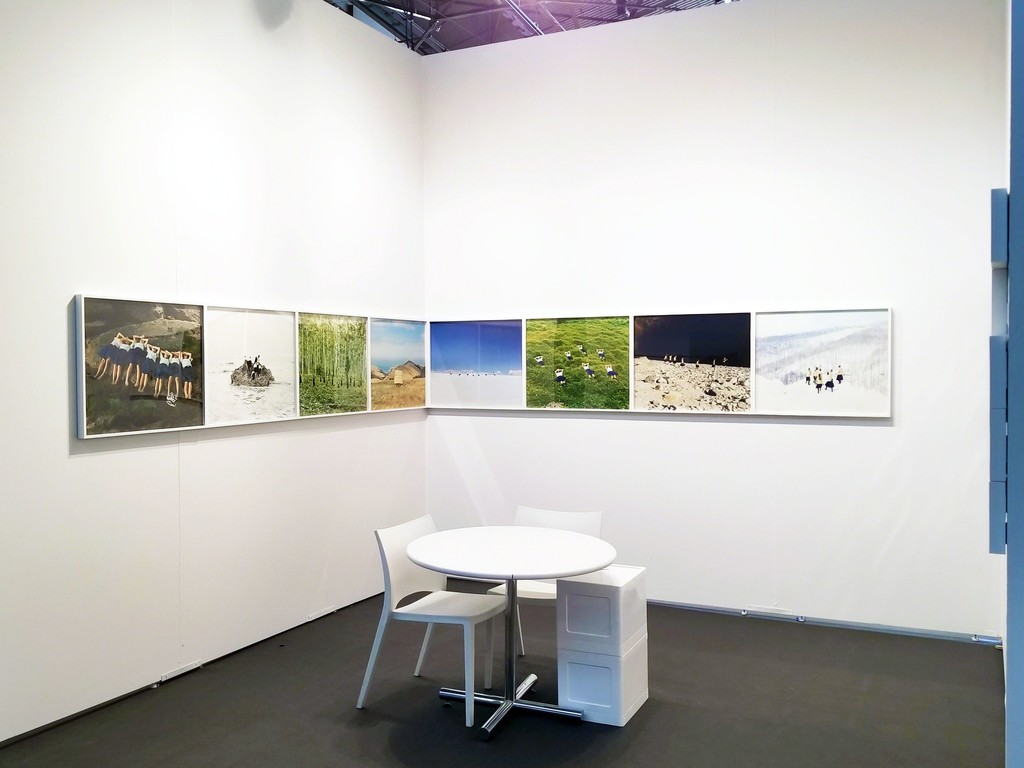 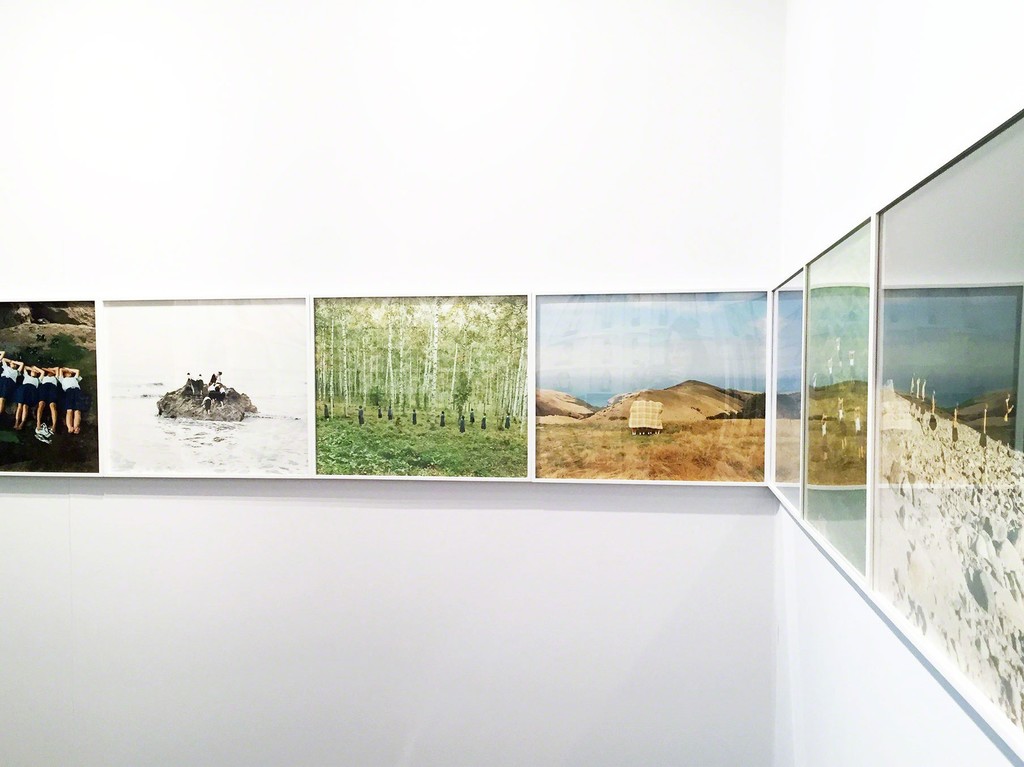 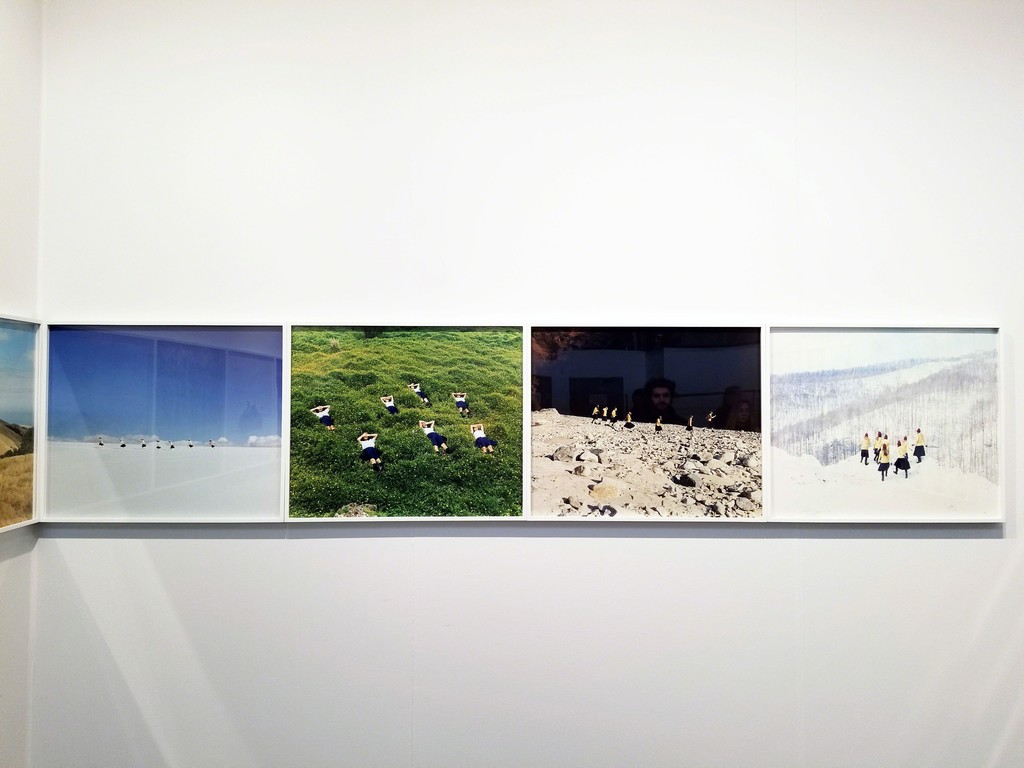 For AIPAD 2018, De Soto Gallery will present works by Osamu Yokonami: new images exhibited for the first time from his ongoing Assembly series (2012-2017) alongside highlights from the entire body of work, and a 75-piece installation of portraits from his prodigious1000 Children project (2010-2013). Created in tandem, the twin series consider conceptions of selfhood and the subtleties of human emotion, suggesting an essential congruence between individual expression and communal belonging.

For 1000 Children, Yokonami photographed one thousand schoolgirls in identical dress and setting. In stark, half-length portraits, each of the girls poses with a piece of fruit held precariously between her left ear and shoulder, a tricky task that elicits varied reactions. The slightest differences stand out but viewed en masse they indicate a pattern of conformity.

In Assembly, similarly uniformed girls act in unison as they hike, run, rest, huddle, and scatter through idyllic landscapes. Formal simplicity and rhythmic repetition emphasize the power of group dynamics, highlighting a connection between nature and culture and reminding us of our universal collectivity.

Osamu Yokonami (b. 1967, Kyoto, Japan) has had recent solo exhibitions in Japan and the United States, and participated in the Daegu Photo Biennial. His personal and commercial work is widely known in Japan, appearing regularly in numerous publications. Yokonami is based in Tokyo, Japan.